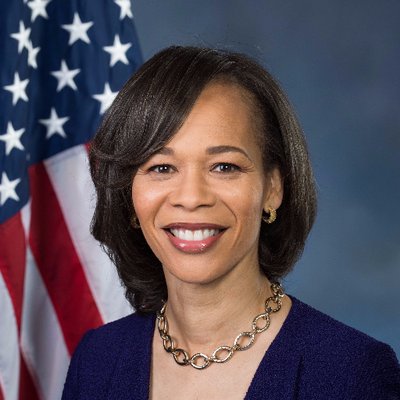 Lean In and McKinsey & Company released their annual Women in the Workplace report — the largest study on the state of women in corporate America. The report includes an analysis of The State of Black Women in Corporate America, which found that “Black women are substantially more likely than white women—and just as likely as white men—to say that they are interested in becoming top executives. And among employees who want to be top executives, Black women are most likely to be motivated by a desire to positively influence company culture or to be role models for others like them.” The report provides next steps for companies to support Black women workers. 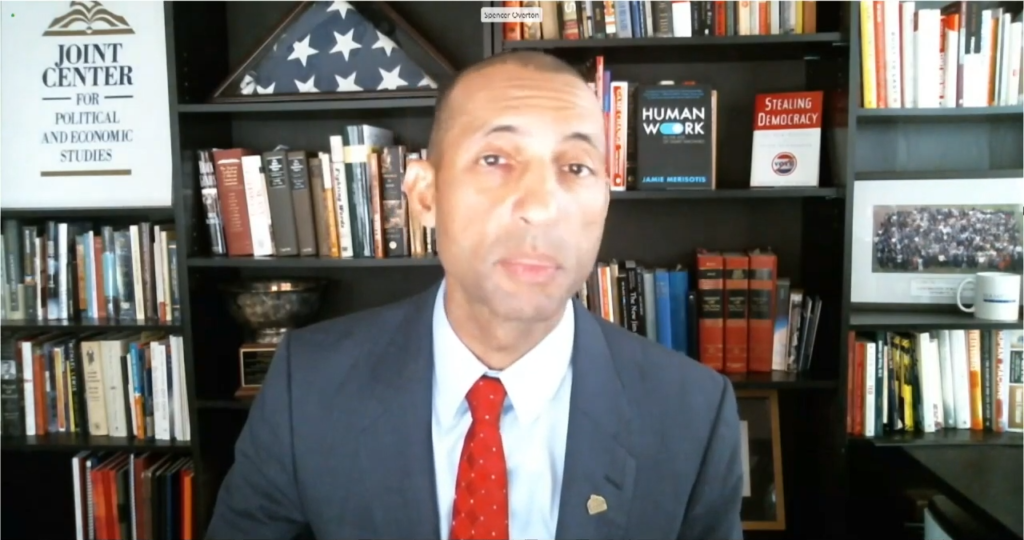 Spencer provided expert testimony at a congressional hearing entitled Voting Rights And Election Administration: Combatting Misinformation In The 2020 Election. In his opening statement, Spencer explained that online disinformation is not only dividing our nation, but that foreign and domestic actors are using lies to specifically target and suppress Black votes.

Spencer co-wrote an op-ed with 2019 MacArthur Fellow Danielle Keats Citron in Slate, commenting that yesterday’s Senate hearing featuring the CEOs of Facebook, Google, and Twitter was political theater designed to discourage the removal of election disinformation. The bottom line: “The Senate hearing six days before Election Day is an obvious play to chill social-media companies’ efforts to remove election disinformation. The goal is to ensure that tech companies won’t remove or respond to disinformation that amplifies division, suppresses votes, or sows confusion as we wait for election results. Punishing companies by threatening to subject them to legal liability for removing disinformation is an unacceptable attack on our democracy.” 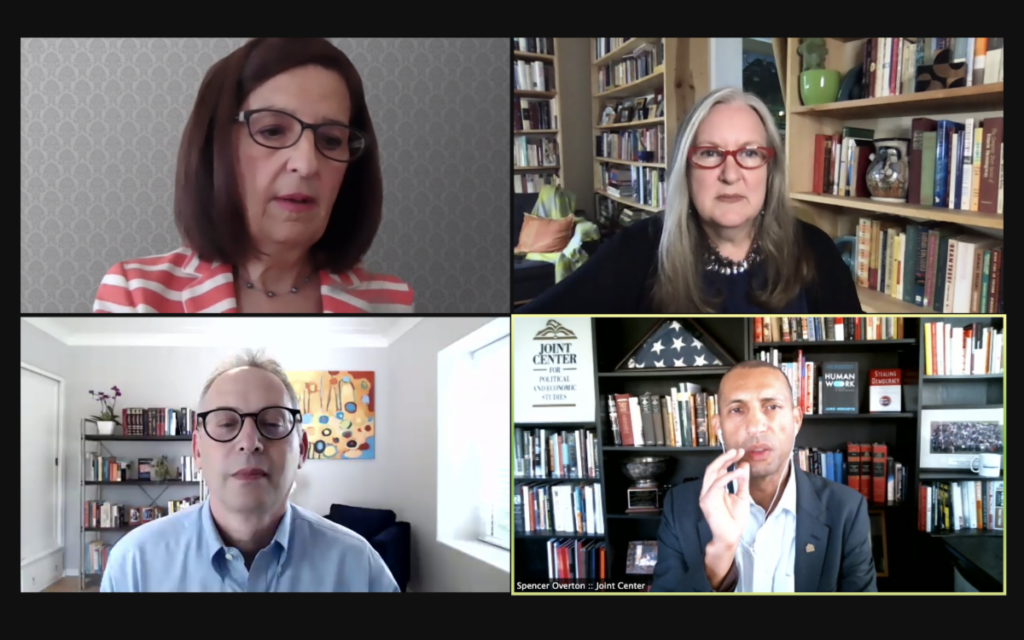 Spencer joined a Hewlett Foundation grantee election briefing to discuss significant threats to the 2020 election and the efforts being used to address them, and what we might see in November. Other panelists included University of California, Irvine Professor Rick Hasen and Democracy Fund Senior Advisor Tammy Patrick, and the session was moderated by Hewlett Program Officer Jean Bordewich.

The Joint Center’s 2018 report, Racial Diversity Among Top House Staff, was featured in the US House Select Committee on the Modernization of Congress’s final draft report: “The lack of competitive pay and benefits also impacts the diversity of congressional staff. While there have been some successful efforts to encourage diversity, particularly by making funds available to pay interns, there is still a deficit of congressional staff on Capitol Hill who are reflective of the diversity of experiences and background in America. This has a domino effect, reflected in both the recruitment and retention of minority staff at all levels. According to a recent report by the Joint Center for Political and Economic Studies, ‘only 13.7% of senior House staff are people of color even though they make up 38% of the U.S. population at large.’ Diversity among House staff is most present in the offices of nonwhite Members of Congress. There is more Congress can do to attract individuals who represent the diverse backgrounds and views that exist across the country.”

The Joint Center joined 120 civil rights groups and allies in a letter condemning President Donald Trump’s Executive Order on Combating Race and Sex Stereotyping. The letter states: “The Executive Order is a blatant effort to perpetuate and codify a deeply flawed and skewed version of American history. It promotes a particular vision of history that glorifies a past rooted in white supremacy while silencing the viewpoints and experiences of all who have been victimized by individual and structural inequalities – a kind of dangerous propaganda or thought-policing comparable only to authoritarian regimes. The Executive Order attempts to erase the very concept of racism and sexism as being real, historical and present-day phenomena and undermines important and necessary employer initiatives aimed at understanding and dismantling racist, sexist, and discriminatory structures. The American people will suffer real harm and unjust consequences when those charged with serving the public do not learn the facts necessary to do their jobs effectively and equitably.”

The Joint Center also signed onto a letter calling for Facebook to withdraw the cease and desist that they sent to New York University’s Ad Observatory team. NYU’s Ad Observatory is an independent research effort studying political ad targeting on the social media platform.

Joint Center Board Member and Mehlman Castagnetti Rosen & Thomas Principal Paul Thornell was quoted in a Washington Post article on diversity in hiring in a potential new presidential administration: “We’re past the point where it would be sufficient to put a Black person at HUD and a Hispanic person at SBA,” he said “Given the depth of the problems we are facing on racial inequality, he needs to have Black and Brown people at the principal level in places like NEC, CEA, Treasury, SEC, OCC, the sub-Cabinet level, and throughout the many regulatory agencies’ advisory councils.” He also noted that “with the exception of his senior adviser Don Graves,” Biden’s policy team isn’t much more diverse than Obama’s. “That’s going to be Biden’s unique challenge on this. But he has pledged to do so and can absolutely get it done if he’s intentional.”

Longwave Partners CEO and Joint Center organizational strategist Mark Sobol wrote Toward a More Perfect Union: Inclusion in Congressional Offices, the first of a series of blog posts for Representative Democracy that focuses on how “inclusion leads to a more effective Congress and shares principles that can help offices put these practices in action.” The Joint Center is a proud member of Representative Democracy coalition. 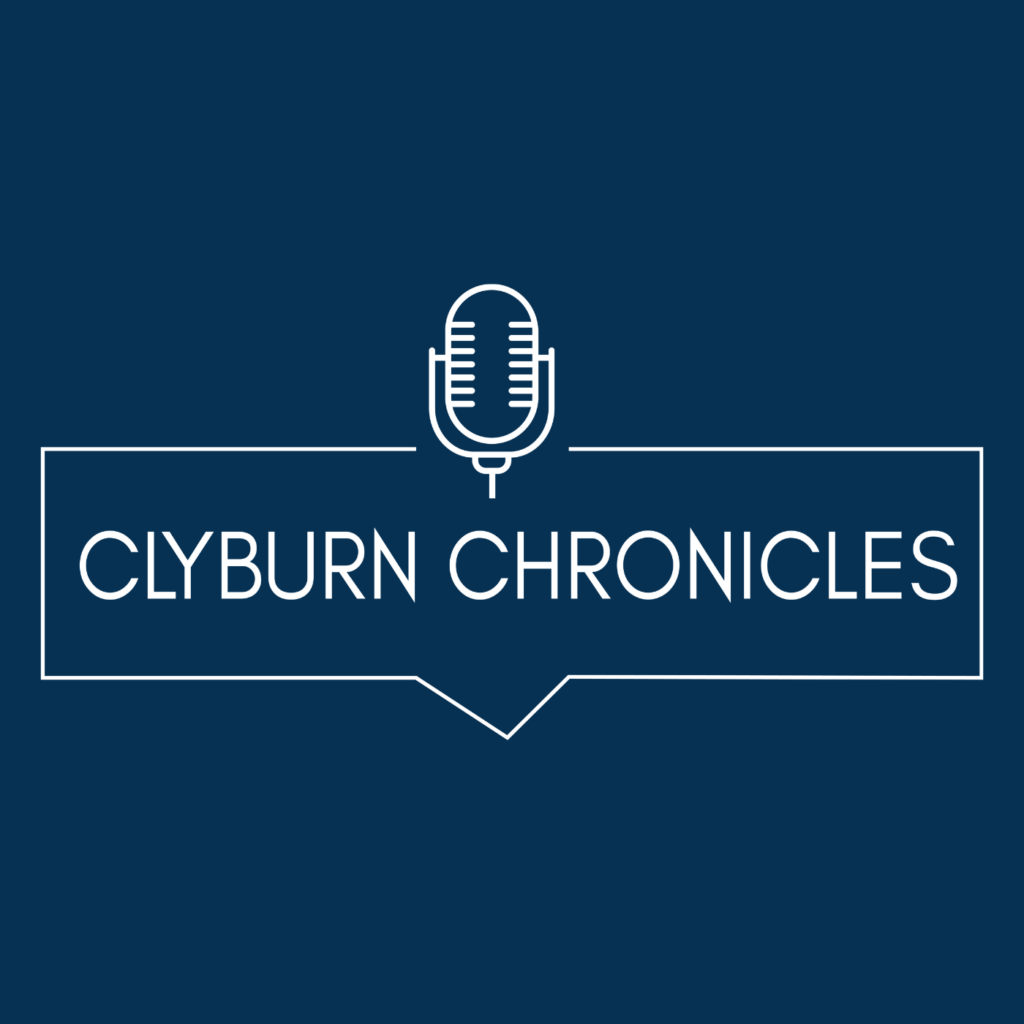 On his podcast, WashingTECH Host Joe Miller spoke with Public Knowledge Legal Director John Bergmayer on the “app store purge” and how to “spot and stop misinformation,” University of California, Irvine Professor of Nursing Alison Holman on misinformation and mental health, and Fox News Contributor and Entrepreneur Richard Fowler on misinformation in Black America. The podcast is available on Apple Podcasts, Spotify, and WashingTECH’s website. Listen here.

The Joint Center is seeking a Senior Advisor to help uplift the importance of Members prioritizing racial diversity as they hire staff for the upcoming session of Congress. The Senior Advisor will develop and execute a comprehensive strategy that results in: 1) increased public awareness of the importance of racial diversity among congressional staff; 2) procedural changes such as the establishment a U.S. Senate Office of Diversity & Inclusion; and 3) the hiring by Members of racially diverse top and mid-level staff.

Applications are now open for Black founders and developers to join the online Apple Entrepreneur Camp from February 16 to 25, 2021. Attendees will participate in “technology labs with code-level guidance and receive mentorship, inspiration, and unprecedented access to Apple engineers and leaders.” Applications will close on November 20, 2020. More details here.