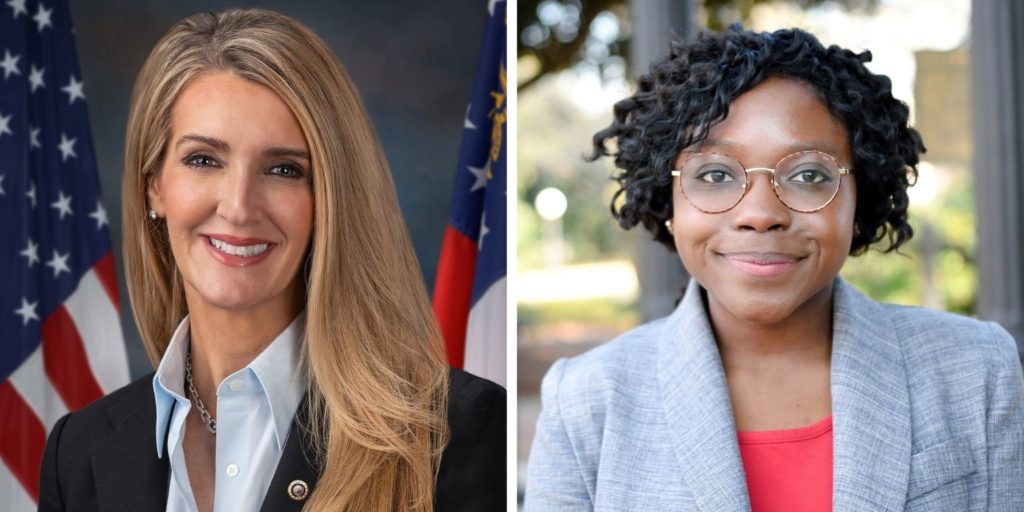 With the addition of Louis-Charles, African Americans account for 2.9 percent of the approximately 340 top Senate staffers who serve as chiefs of staff, legislative directors, communications directors, or full committee staff directors. The Democrats’ share of Black top staffers grew from just over 33 percent in 2015 (1 of 3) to almost 70 percent today (7 of 10). The Republicans’ share of Black top staffers decreased from 67 percent in 2015 (2 of 3) to 30 percent today (3 of 10). 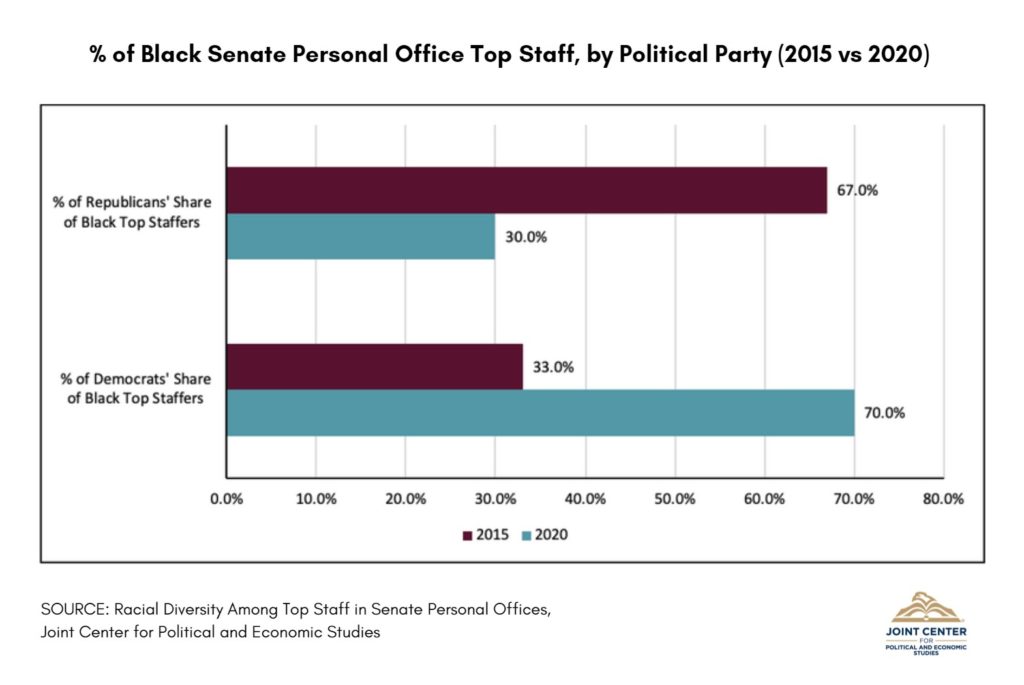 Prior to her new position, Louis-Charles served as an intern on the House Administration Committee (Jan. 2015-Feb. 2015), and in various roles for Rep. Jody Hice (R-GA) including Staff Assistant/Press Assistant (Feb. 2015-March 2016), Deputy Press Secretary (March 2016-May 2017), and Communications Director (May 2017-Feb. 2020). Most recently, Louis-Charles served as Press Secretary for Senator Loeffler. She obtained her Bachelor’s degree in Biology and Psychology from the University of Georgia.

“Senator Kelly Loeffler’s ability to identify and successfully hire and promote someone of Ms. Louis-Charles’s stature and experience for this vital position demonstrates her leadership in the U.S. Senate,” said Joint Center Senior Fellow of Diversity & Inclusion Dr. LaShonda Brenson. “Black representation among top staff positions in states with large Black populations, like Georgia, is especially important. We are encouraged by Senator Loeffler’s leadership in prioritizing racial diversity, and I hope other Senators follow her lead and recruit skilled Black individuals to top staff positions.”

Recently, the Joint Center published Racial Diversity Among Top Staff in Senate Personal Offices, a report that provides evidence regarding the lack of racial diversity among U.S. Senate personal office top staff positions (i.e., chiefs of staff, legislative directors, communications directors). In the report, we found that people of color make up 40% of the U.S. population, but only 11% of all Senate office top staff. African Americans account for 13.4% of the U.S. population, but only 3.1% of Senate personal office top staffers. During the time of data collection in January 2020, the Joint Center found that Georgia, one of the three states with the highest percentage of Black residents represented by two Republican U.S. Senators, had no Black top staff in a Senate personal office. Louis-Charles’s hire increases representation among top staff for over 32.4 percent Black Georgians from 0 percent to 16.7 percent.

Diverse hires help Members of Congress understand the diverse perspectives of their districts and states, and provide an accurate representation of all Americans in their offices. Senator Loeffler’s recent hire of Louis-Charles shows a step in the right direction toward building a stronger, more diverse Congress. In forthcoming reports, the Joint Center will analyze data on the racial diversity of Senate committee top staff, mid-level staff, and state directors; examine data on staff diversity in the U.S. House; and propose and analyze recommendations for Members to continue to make progress.