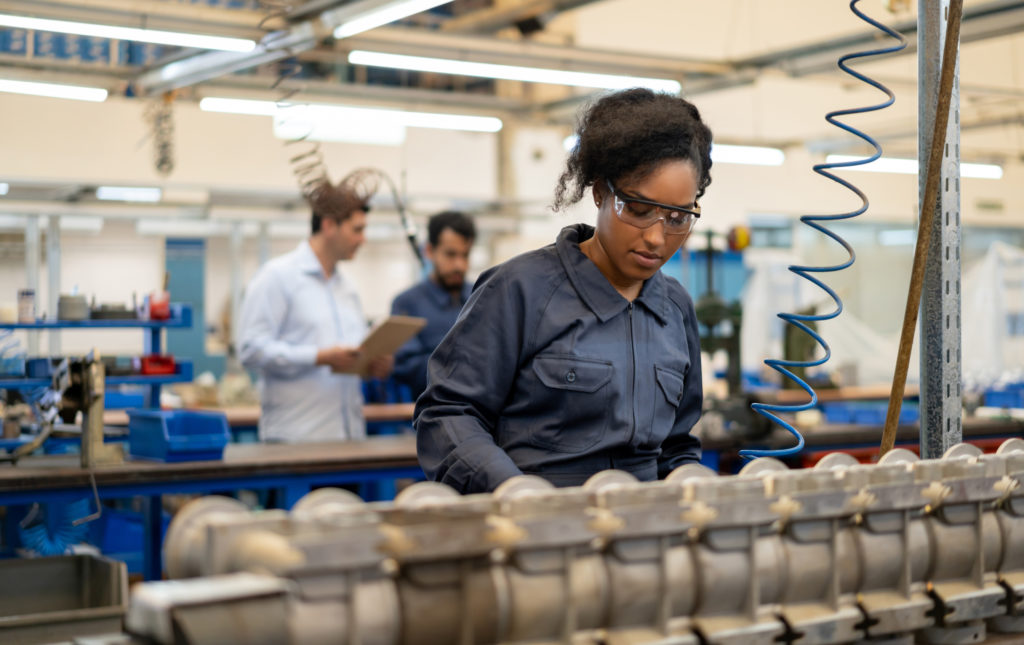 On May 28, 2021, President Biden proposed a $6 trillion budget that explicitly names racial equity as a priority. The president’s fiscal year 2022 budget proposal not only specifies structural racism as a justification for various budget items, but it also proposes several key spending boosts critical to advancing Black communities.

One way the ambitious proposal is addressing equity concerns is by reversing the underinvestment in the nation’s workforce development system, including non-degree programs, two-year colleges, and four-year colleges and universities.

With workforce development, funding for struggling workers had fallen to historic lows prior to the pandemic. The U.S. invested 25 percent less in workforce programming in 2020 than it did before the Great Recession. In a recent congressional budget hearing, Department of Labor Secretary Marty Walsh mentioned that the United States only spends about 0.1 percent of its gross domestic product on workforce development while other wealthy nations spend on average 0.6 percent. Chronic underinvestment in affordable and high-quality education and training has made it more difficult for dislocated workers to navigate the labor market.

Some of the proposed investments to redress racial disparities for Black workers and students in education and training include:

While the president’s budget includes several historic workforce priorities and is a promising start, opportunities abound for it to address the racial wealth gap and other disparities. For instance, the budget plan excludes $10,000 in student debt cancellation. Black borrowers typically owe 50 percent more in student debt upon graduating from college than their white peers. The budget proposal also excludes investments that would make community college tuition-free, though this plan remains a key component of the president’s American Families Plan.

Black communities were hard hit by the COVID-19 pandemic and the subsequent economic downturn. They suffered higher rates of unemployment, hunger, housing insecurity, and infection rates. Even before COVID-19, Black communities had fallen behind in wages, employment, educational attainment, and other measures of economic security—even as the country enjoyed its lowest unemployment rate and longest period of economic expansion in recent history.

To ensure a just recovery for Black communities, we need bold investments. Congressional approval of the Biden budget would be a step in the right direction. Let this budget be the foundation from which the current and future administrations and Congresses build.

The FY 2022 budget proposal can be found here.