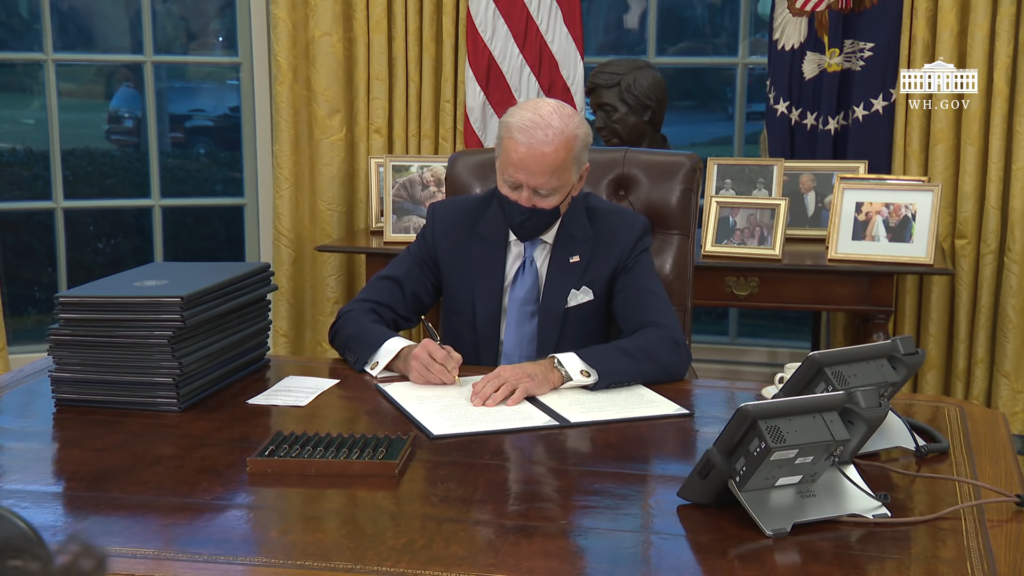 Biden signs directives on economic relief and racial equity: On his very first day, President Biden signed executive orders related to grappling with the effects of the pandemic, including an extension of moratoriums on evictions, foreclosures, and federal student loan payments.

Another order directed each federal agency to review equity in their programs within 200 days and produce plans to address any disparities. President Biden created an equitable data working group to ensure federal data accounts for the nation’s diversity, and directed the Office of Management and Budget to distribute more resources to underserved communities. The President has asked Domestic Policy Council Director Susan Rice to lead a racial equity interagency process.

President Biden also rescinded the 1776 Commission (a Trump effort that attempted to discount slavery in American history which was criticized as error-ridden by several scholars) and revoked President Trump’s order preventing government agencies and contractors from implementing diversity and inclusion training. President Biden also reversed the “Muslim Ban” that restricted entry into the U.S. from largely Muslim and African countries, and extended protections for a group of Liberians to stay in the country an additional year.

Click here for a summary of these provisions from the Biden White House.

Biden signs orders to contain COVID-19: In addition to the directives above, on his first day President Biden signed executive orders to organize the government to fight COVID-19 and to mandate mask-wearing in federal buildings.

Biden’s pandemic strategy: President Biden revealed his $1.9 trillion plan to battle the COVID-19 pandemic and restore the economy. The plan proposes many of the provisions recommended in the Joint Center’s Pandemic Relief Priorities for Black Communities report, including expanding jobless benefits, providing targeted relief to small businesses, and making the Child Tax Credit fully refundable. The plan also asks FEMA and the National Guard to build centers across the country to help vaccinate 100 million people in the first 100 days of Biden’s administration, and includes $1,400 in coronavirus relief per person and more protection for essential workers.

Senate questions for Biden nominees on race and economics: The Senate should ask these seven questions on race and economics to Biden’s nominees write Joint Center Board Member Paul Thornell and Black Economic Alliance Executive Director David Clunie in a Barron’s op-ed. “It is critical that the Senate ensure that these appointees recognize that racial equity must be a top priority in their new roles and that the committees that oversee them will hold them accountable to make progress,” reads the op-ed that also cites Joint Center research on Senate top staff diversity. 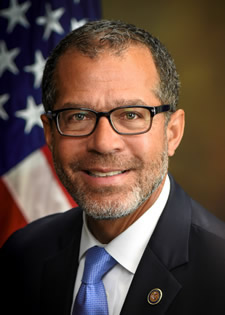 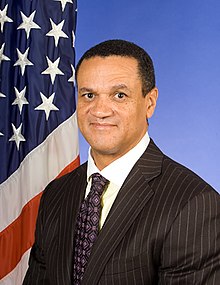 Biden appoints Al Stewart as Acting Secretary of Labor: Al Stewart has served as the Deputy Assistant Secretary for Operations in the Office of the Assistant Secretary for Administration and Management. He started at the Department of Labor in 1991, and received the Presidential Rank Award for Meritorious Service in 2008. Mr. Stewart received a B.A. from Virginia State University and has a J.D. from North Carolina Central University. Stewart is expected to serve in the role until the Senate confirms Biden nominee Marty Walsh as Secretary of Labor. 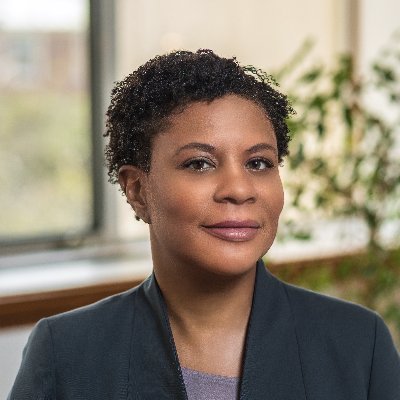 Biden chooses leading Black scholar Alondra Nelson as Deputy Director for Science and Society at the White House Office of Science and Technology Policy: Nelson previously served as President of the Social Science Research Council and Professor of Sociology at Columbia University. An expert on issues at the intersection of science, medicine, and race, Nelson has written several books, including The Social Life of DNA: Race, Reparations, and Reconciliation after the Genome and Body and Soul: The Black Panther Party and the Fight Against Medical Discrimination. 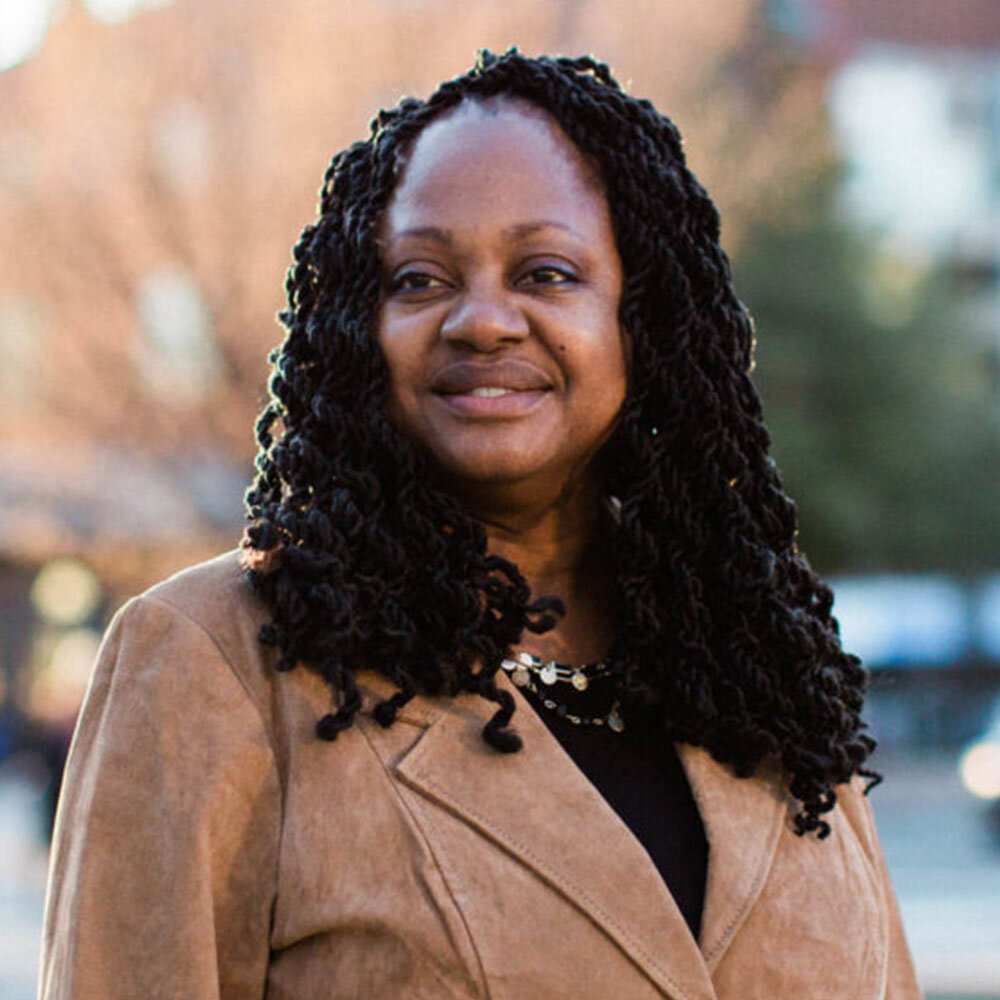 Biden nominates U.S. foreign policy veteran Dr. Bonnie Jenkins as Under Secretary for Arms Control and International Security Affairs at State Department: Dr. Jenkins is the founder and executive director of the Women of Color Advancing Peace, Security and Conflict Transformation (WCAPS) and a member of the Biden-Harris Transition State Department Agency Review Team. She served as coordinator for threat reduction programs in the Bureau of International Security and Nonproliferation, as the U.S. representative to the 30-nation G-7 Global Partnership Against the Spread of Weapons and Materials of Mass Destruction, and was the State Department lead to four nuclear security summits that took place from 2010 to 2016. 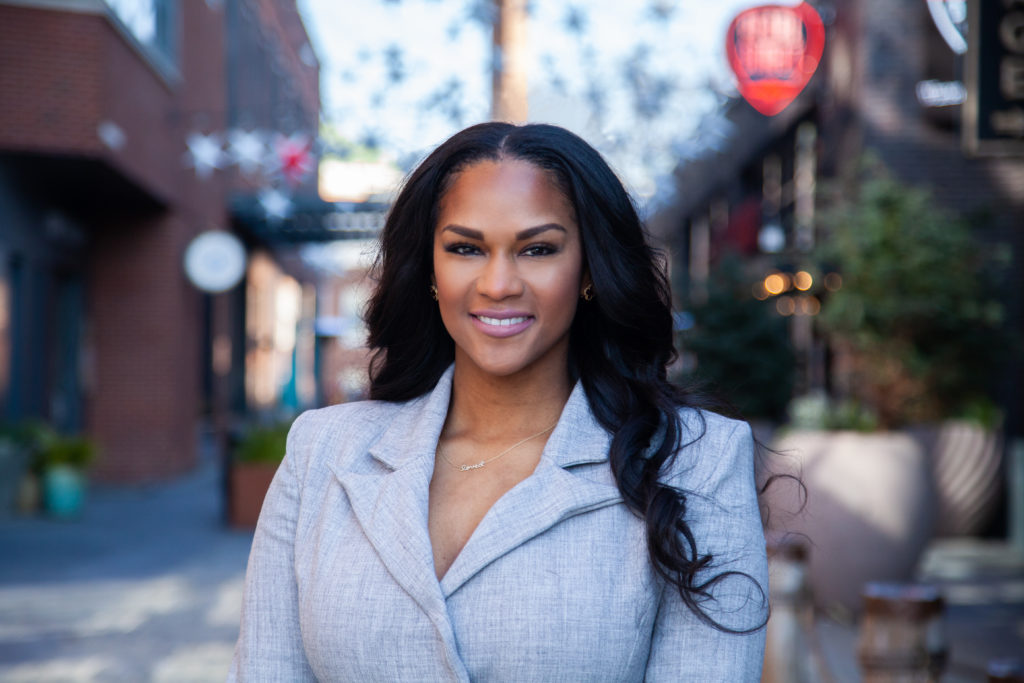 Biden appoints Porter as the first Black Deputy Spokesperson for the State Department: Jalina Porter is a strategic communications advisor and was Communications Director for Congressman Cedric Richmond (D-LA). Jalina was named 40 under 40 Returned Peace Corps Volunteer in the 2020 cohort by National Peace Corps Association, a 2019 Foreign Policy Influencer by Women’s Foreign Policy Group, a 2018 top 35 Black American National Security and Foreign Policy Next Generation Leaders by New America, and is a Term Member at the Council on Foreign Relations. 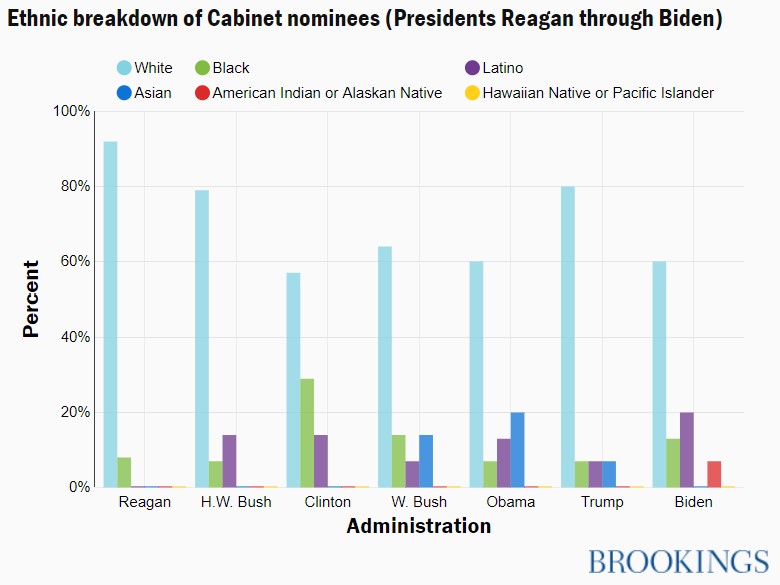 How diverse is Biden’s Cabinet? Brookings compares the racial diversity track record of the 15 positions “in the line of presidential succession” because it “provides more of an ‘apples to apples’ comparison over time.” It finds that Biden is ahead of the last seven presidents on Latino and American Indian appointments. On Black appointments, it finds Biden behind Bill Clinton, comparable to George W. Bush, and ahead of Presidents Reagan, George H.W. Bush, Obama, and Trump.

In addition to the 15 traditional positions analyzed by Brookings, other Biden Black cabinet members include the Vice President (Kamala Harris) and nominees for EPA Administrator (Michael Regan), U.S. Ambassador to the UN (Linda Thomas-Greenfield), and Council for Economic Advisors Chair (Cecilia Rouse). Overall, African Americans account for 22% of the voters who supported Biden, 13.3% of Biden’s “line of presidential succession” cabinet secretaries (2 of 15), and 24% of his full cabinet (6 of 25). 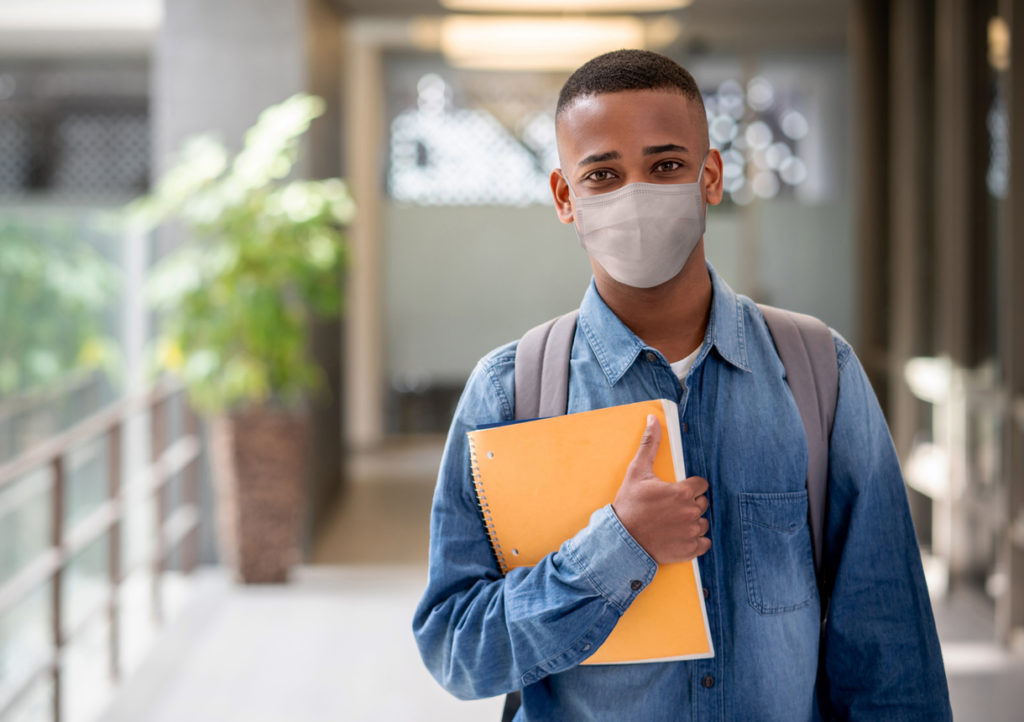 COVID-19 deters Black enrollment: Enrollment at community colleges has dropped by nearly 30 percent among Black freshman due to the COVID-19 pandemic, a new study finds.

Encouraging vaccination: Efforts continue in overcoming vaccine resistance among Black people, including most recently in Columbia, SC. Elsewhere barbershops in Black communities are being used to educate leery residents about COVID-19 and vaccines to prevent it. In North Carolina, a survey found that Black residents were 16 percent less likely than white residents to get vaccinated against COVID-19.

Unemployment highest for Black men: Initial weekly unemployment claims surged to 965,000 for the week ending January 9, the highest since August. The pre-pandemic weekly claims high was 695,000 set in 1982. Adding nontraditional workers’ claims raised the total to 1.2 million. Rates for Black men top others. In December 2020, 10.4 percent of Black men were unemployed, up from 5.9 percent a year earlier. Among Black women, 8.4 percent were unemployed in December versus 5.4 percent a year earlier, according to EPI’s deep dive. Rates for white men and women were notably lower at about 5.7 percent.

PPP 2.0 opens first to Black businesses: Community lenders focused on Black-owned and other businesses of color got a head start on the next round of Paycheck Protection Program (PPP) funds. Forbes answers PPP eligibility questions for small business owners.

It’s who you know: Race is the most important and consistent differentiator of social networks, which provide access to opportunities and resources in jobs, education, and housing, Brookings finds.

Mobility stymied: Black youth are disconnected from work and school far too often, finds a new Urban Institute brief on disparities among young people of color. 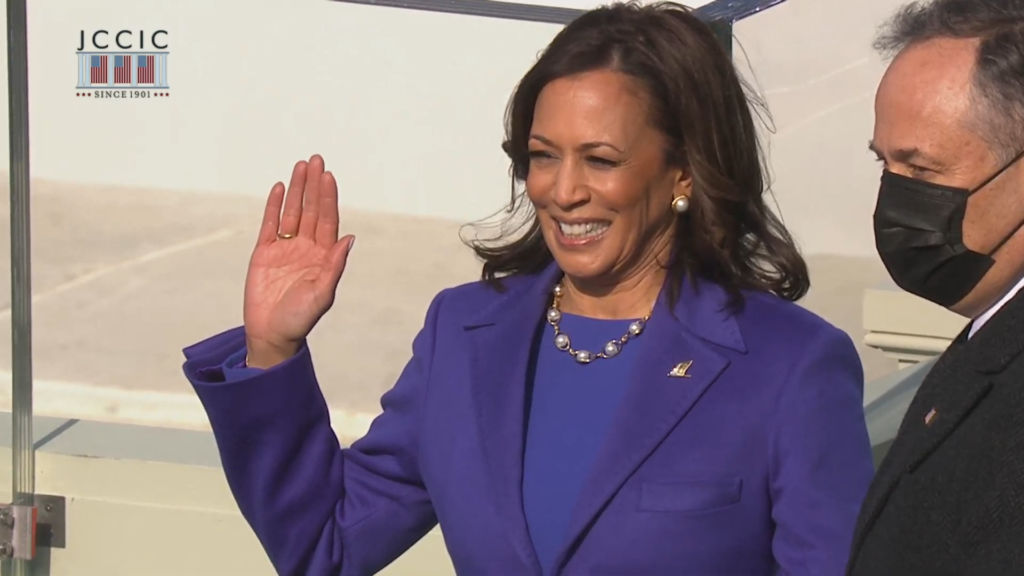 Report card on top staff diversity of newly-elected Members: As of January 20, the Joint Center’s report card tracking top staff hires by each new Member in the 117th Congress shows that 166 of 210 (or 79 percent) of the possible positions have already been filled. The report card ranks Members based on the diversity of their top staff relative to the diversity of their constituents. Of Members who have hired all three top spots, so far Cynthia Lummis (R-WY) leads in the Senate and Marilyn Strickland (D-WA) leads in the House. Those at the bottom of the lists are Senator Mark Kelly (D-AZ) and Rep. Jay Obernolte (R-CA). Of the top staff hired by new Members so far, 25.3 percent are people of color, and 5.4 percent are African American. People of color account for 40 percent of the U.S. population and African Americans account for 13.4 percent of the U.S. 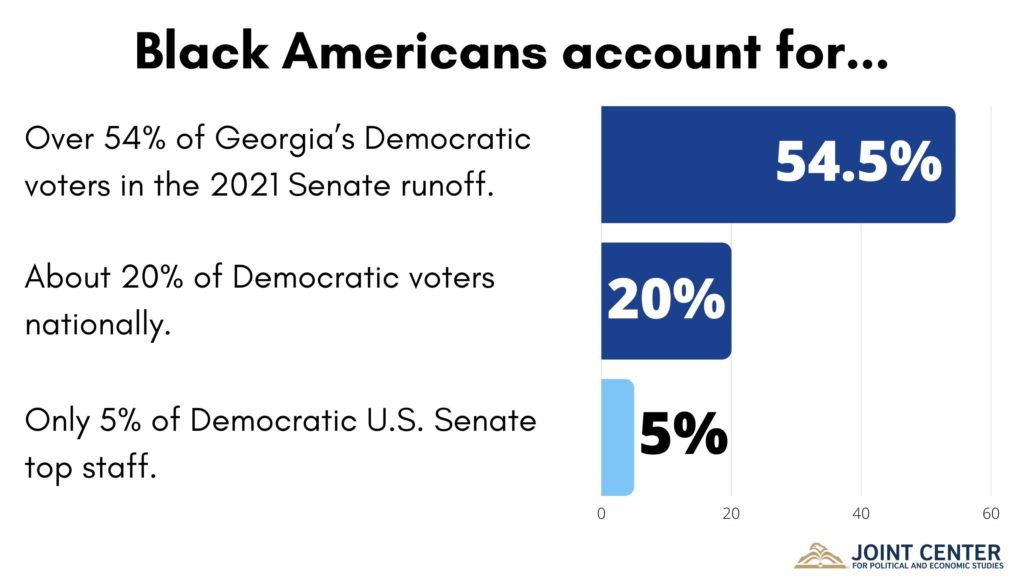 A digital generation? Black young adults are 3 times as likely (48 percent) as white young adults (16 percent) to have no or limited digital skills, a new Urban Institute study finds.

Unconnected: In Maryland, 206,000 Black households lack wireline broadband service connection which is nearly 40 percent of all disconnected households in the state, a new survey finds.

Netflix diversifies: Netflix reports that it has more than doubled the number of African American employees since 2017, to 8 percent of its workforce. 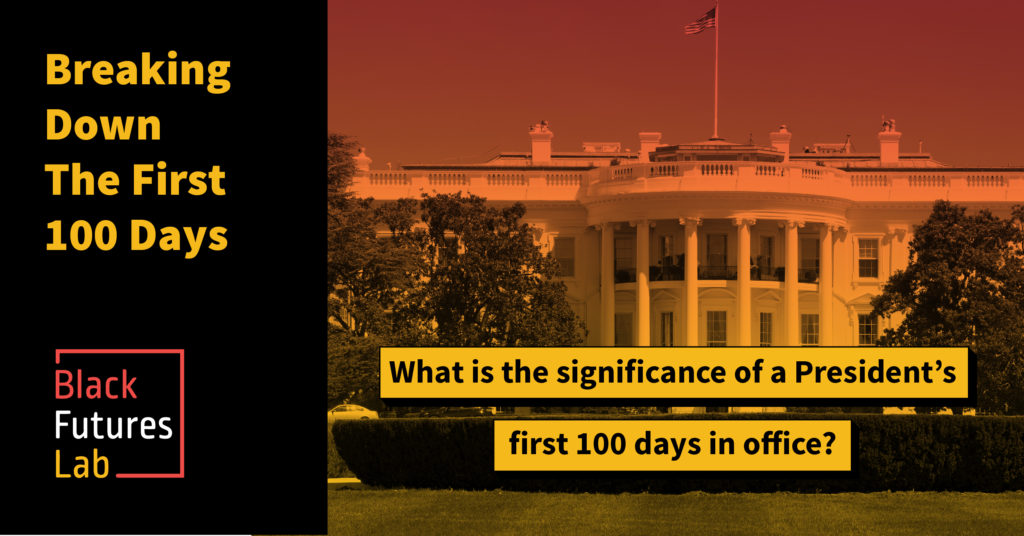 Causa Justa :: Just Cause (CJJC) hosts an evictions-focused ‘Know Your Rights’ virtual training for the Oakland community discussing how housing justice relates to Martin Luther King, Jr.’s legacy and the extra protections tenants have during the pandemic.

Color of Change issues a petition demanding the incoming administration to regulate the tech industry by breaking up tech monopolies and creating policies that reduce misinformation online.

PBS premiers “How it Feels to be Free,” a documentary detailing the stories of six trailblazing Black female entertainers (Lena Horne, Abbey Lincoln, Diahann Carroll, Nina Simone, Cicely Tyson and Pam Griers) who challenged the entertainment industries racist stereotypes and transformed themselves in the process.

Employer investment in workers pays off for everyone (WorkingNation)