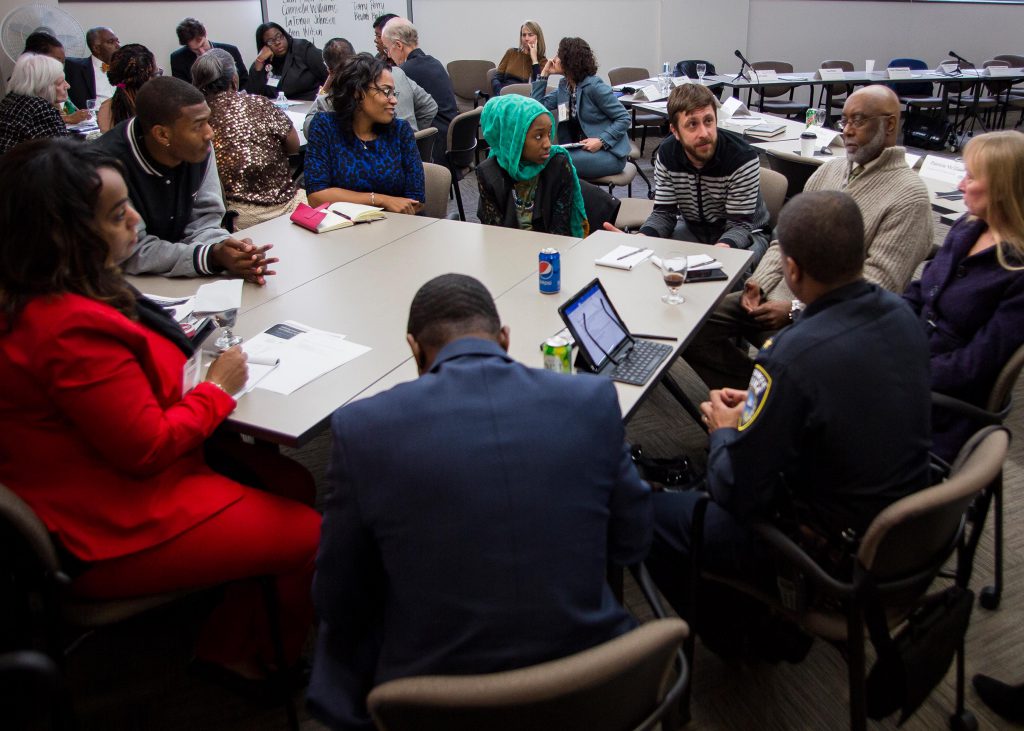 Today, the Joint Center, the Urban Institute, and the Joyce Foundation released our report Engaging Communities in Reducing Gun Violence: A Road Map for Safer Communities.
The conversation around gun violence in the United States is often focused on mass shootings, but too often ignores its devastating effects on communities of color. African-Americans account for over 56% of the victims of gun homicide, for example, and gun violence is the second leading cause of death for Latino males ages 15-34. 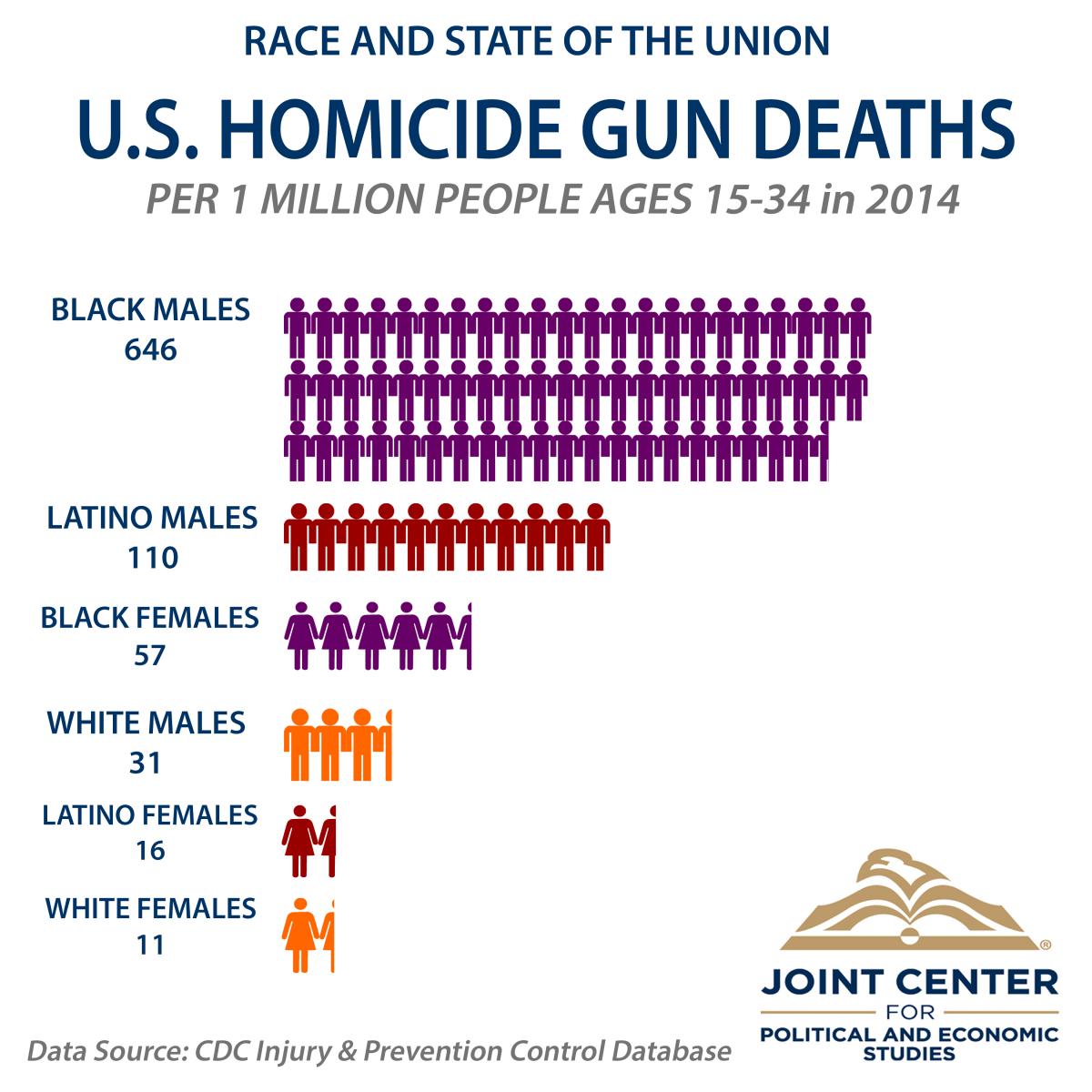 Despite this impact, scholars and policymakers rarely listen to communities of color in understanding the factors driving gun violence and developing actionable policy strategies.
Over the last year, we convened more than 100 community members in three diverse American cities—Richmond, Virginia, Milwaukee, Wisconsin, and Stockton, California. The convenings included faith leaders, law enforcement, social service providers, formerly incarcerated individuals, elected officials, and other community members. Our Engaging Communities report provides the findings and recommendations from this group, which include:

We also commissioned a national survey of 600 African Americans and 600 Latinos, which showed that an overwhelming majority of people of color support these recommendations. Click here to view the survey.

The following commentaries by Joint Center President Spencer Overton and Senior Fellow Kami Chavis review findings from the report: The American Prospect and The Nation.
For coverage of the report see, The Root, the Milwaukee-Wisconsin JournalSentinel, The Guardian, Madison 365, Voice of America, Wisconsin Public Radio, MIC, Guns.com, and The Trace.
To view footage from the press conference click here.
Tagged Data & Research, Reports
← Racial Diversity Among Top Senate StaffNot Just the Pipeline: How to Increase Diversity at Facebook and Other Tech Companies →