In April, we launched our future of work roundtable series in conjunction with U.S. House Education & Workforce Committee Ranking Member Bobby Scott. We also talked about the future of work with think tank leaders and Black public administrators, mayors, scholars, philanthropy executives, and activists. On congressional staff diversity, we engaged at Harvard and Yale and with the National Urban League. We also said farewell to former Joint Center president Togo West. Details below. 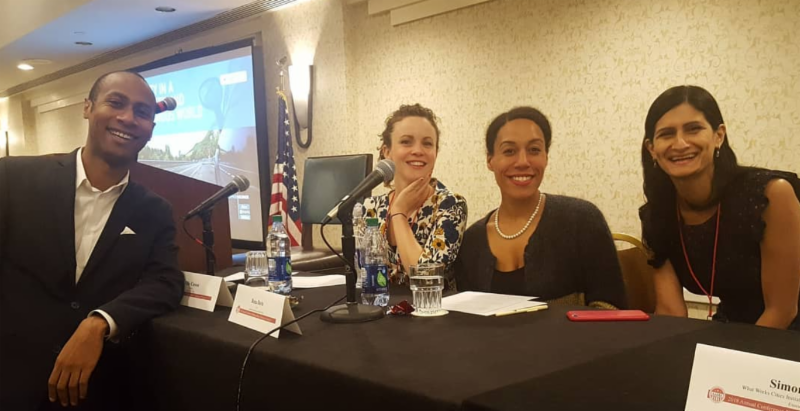 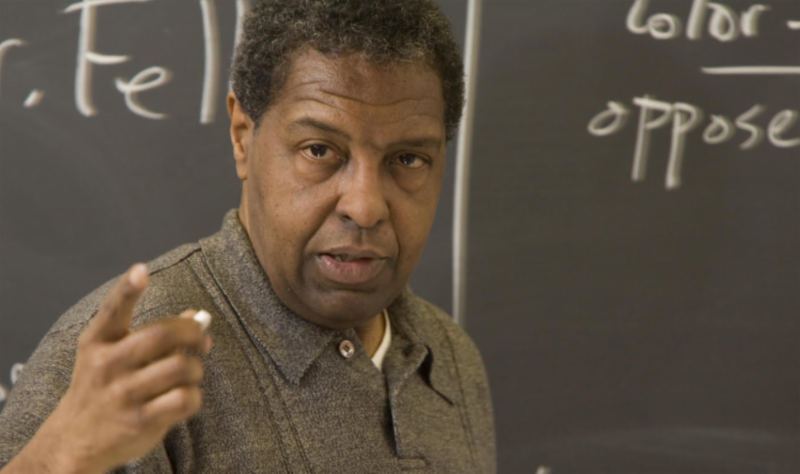 Economist William “Sandy” Darity at Joint Center’s “Black Communities” Future of Work Session: On April 23, Spencer led a Future of Work group of scholars and activists at Black Communities: A Conference for Collaboration in Durham, NC. A highlight of the session included remarks from William “Sandy” Darity – a Duke professor who is one of the world’s top Black economists. More on our blog. 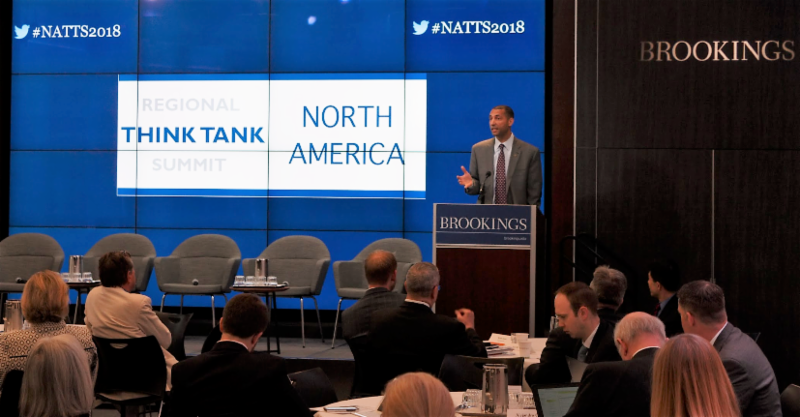 Joint Center Introduces Future of Work Keynote at the 2018 North American Think Tank Summit: On April 12, Spencer introduced keynote speaker Michael Chui of the McKinsey Global Institute by raising a few questions to consider about the effects of automation on workers of color. More on our blog.

MGI and McKinsey Analytics Explore the Effects of AI: Drawing on more than 400 examples of existing and potential uses of analytics and AI (artificial intelligence) across 19 industries, MGI Research and McKinsey Analytics recently published a paper, Notes from the AI frontier: Insights from hundreds of use cases, exploring the effects of these technologies on business.

North Carolina Luring Amazon with HBCUs: As the state with the most historically black colleges and universities (HBCUs) in the nation, North Carolina offers solutions to Amazon’s diversity challenges. More from WRAL News here.

Why Diversity Should Matter to Facebook: At Facebook’s hearing on data privacy with the U.S. House Committee on Energy and Commerce, Mark Zuckerberg was questioned about Facebook’s diversity efforts, which sparked arguments about the relevance of diversity to the hearing. More from Fortune here.

The Future of Social Services: Allison Fine and Beth Kanter examine the implications of artificial intelligence for the delivery of social services in the Stanford Social Innovation Review. Full article here.

Joint Center Presents at Harvard Kennedy School’s Black Policy Conference: On April 14, Don Bell, Director of the Joint Center’s Black Talent Initiative, joined a panel to discuss the historic and current effects of racism in public policy at various levels. He discussed the lack of staff diversity on Capitol Hill, its implications on policy-making, and recommendations for increasing power of future generations of people of color. Read more here.

Joint Center Releases Statement on Capitol Hill’s Racial Pay Inequity: Our statement responded to LegiStorm’s research that found white staffers make much more than their colleagues of color in both the U.S. House and Senate. Read it here.

Joint Center on Increasing the Representation of Black Lawmakers and Policymakers: Don shared insights from his law career and the importance of representation on Practicing While Black ’s podcast. Listen to it here.

Joint Center Speaks to Yale Law Students: Don spoke about the importance of increasing political inclusion and diversity, and the Joint Center’s efforts in this area. Read more here.

Women Lead the Largest Congressional Diversity Associations: All four of the largest congressional diversity associations are now led by women. Moreover, they are all supported by female vice presidents. Read more about them in Roll Call. 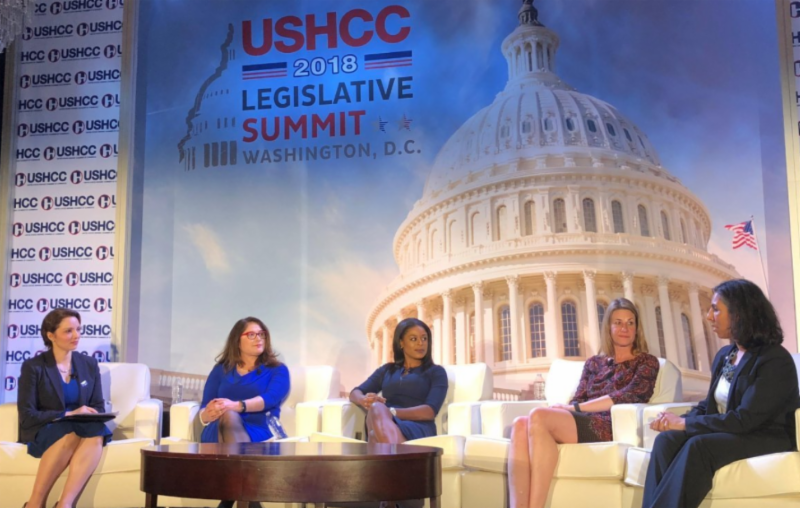 Project 2020, an organization of women who have come together to build a pipeline project for women of color, is looking to identify rising stars. To qualify, “the applicant has to have proven legislative, communication or management effectiveness with a demonstrated ability to move and shape policy, substantive policy knowledge, bipartisan relationships, networking skills, ability to engage with stakeholders, and leadership and mentoring skills.” Please submit a paragraph about a rising star you may know to BLKwmncongressional@gmail.com by May 4. 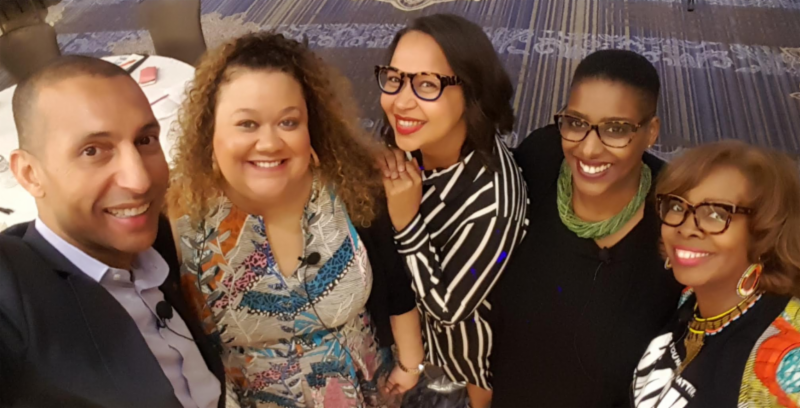 Discussing Challenges that Confront Black Males on the Rock Newman Show: In honor of the 50th anniversary of Martin Luther King Jr.’s assassination, Spencer joined educators on WHUT-TV’s Rock Newman Show to discuss racism and the effects it has on young Black men regardless of their socio-economic class. Watch it here.

Joint Center at NUL’s 2020 Census Black Roundtable: On April 17, Spencer joined the National Urban League’s roundtable on the importance of the 2020 Census on the Black community. More on our discussions here.

Joint Center, NFBPA, and the Joyce Foundation Host a Conversation on Gun Violence and Policing: Following the National Forum for Black Public Administrators’ panel on gun-related violence and police community relations on April 11, we held an intimate conversation with about 25 public officials from around the nation to discuss ways to implement solutions. The session grows out of our 2016 report on the issue. 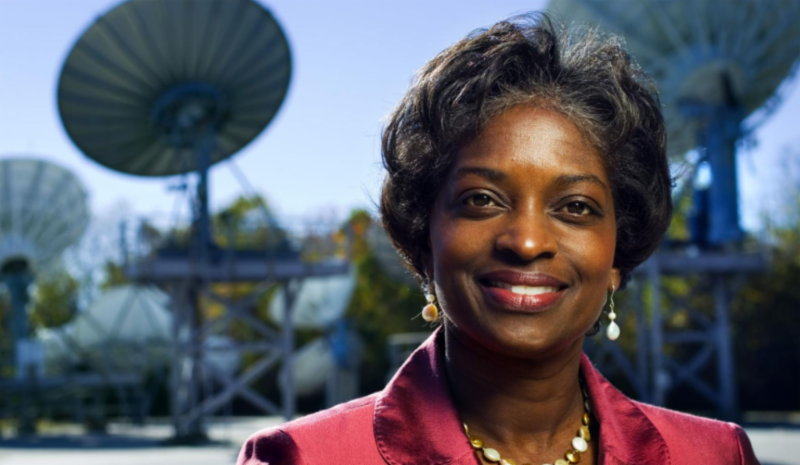 The Champion of Underserved Communities Leaving FCC: After eight years of service at the Federal Communications Commission (FCC), Commissioner Mignon Clyburn has decided to step down. She has been a consistent champion of underserved communities, and a good friend of the Joint Center. We appreciate her service to our nation. Read more on Commissioner Clyburn’s important legacy here. The Joint Center sent this letter to Senate Democratic Leader Charles Schumer (D-NY) recommending Geoffrey Starks for a seat on the commission.