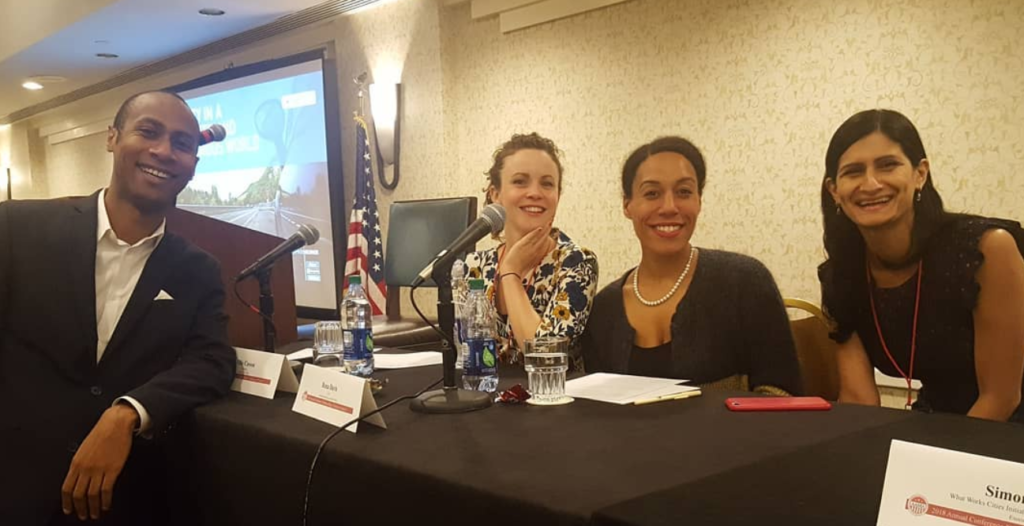 Joint Center President Spencer Overton moderated and facilitated an in-depth discussion on how autonomous vehicles will change cities and counties with large Black populations, including changes to the lives of workers. The panel discussed ways city leaders can help their communities better prepare for autonomous vehicles. Spencer then opened up the floor for questions from the approximately 100 people in attendance that included African American mayors, Business Council partners, and others.