Eviction protection: While the federal eviction moratorium is set to expire at the end of July, Forbes reports the Biden Administration is “under fire” as state and local officials only distributed $3 billion of the over $46 billion in rental aid allocated by Congress amid the coronavirus pandemic. On July 21, The White House held its second eviction prevention convening and shared Treasury Department data showing that “more than $1.5 billion in assistance was delivered to eligible households in the month of June—more than what was provided in the previous three reporting periods combined.” 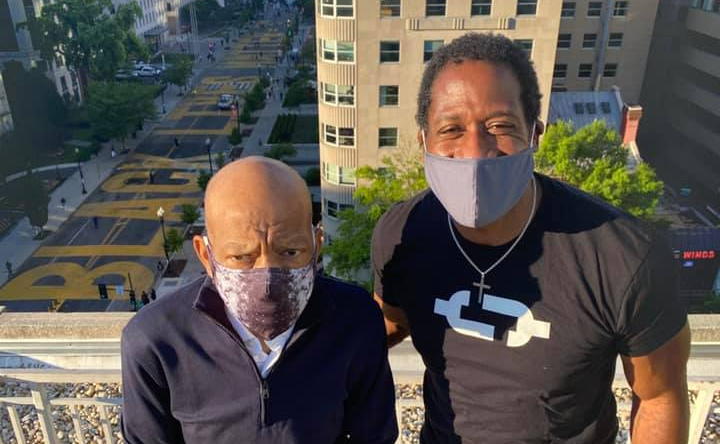 In memory of John Lewis: One year since the passing of Congressman John Lewis, President Biden called on Congress to pass the For the People Act and the John Lewis Voting Rights Advancement Act. Vice President Kamala Harris, who met with Black women leaders last week to discuss voting rights, told CBS News that she’s speaking to Republican elected officials and leaders about voting rights legislation. Both President Biden and Vice President Harris have stated that they are against filibuster reform. In a CNN town hall, President Biden said recent attempts to disenfranchise voters is “Jim Crow on steroids,” and that engaging in a debate on filibuster reform could “throw the entire Congress into chaos” at a critical moment.

Commerce Department investing in equity: The Department of Commerce’s Economic Development Administration (EDA) will “implement a series of programs, collectively called Investing in America’s Communities, to equitably invest the $3 billion it received from President Biden’s American Rescue Plan Act to help communities across the country build back better.” For example, EDA “will allocate $500 million to invest in building and strengthening regional workforce training systems and sector-based partnerships, with a focus on programs targeted at women, people of color, and historically underserved communities.”

Biden administration meets with Cuban American leaders: White House Office of Public Engagement Director Cedric Richmond and Senior Director for the Western Hemisphere for the National Security Council Juan Gonzalez met with Cuban American leaders to “listen to their policy recommendations and concerns in light of the recent, unprecedented demonstrations unfolding across Cuba.” In the meeting, officials reiterated Cuba as a “top priority for the Administration.” Any policy enforcements (or lack thereof) that the Biden administration make, play a critical role in his 2021 reelection bid in battleground states like Florida with large populations of Cuban and Haitian Americans who can sway elections.

Investment toward Puerto Rico’s recovery: The White House Working Group on Puerto Rico held its inaugural meeting in congruence with President Biden’s commitment to provide Puerto Rico with the “resources and technical assistance it needs to recover and prosper” from Hurricanes Maria and Irma, 2020 earthquakes, and COVID-19. This commitment includes investments in economic, education, and workforce development for the island that foster long-term resilience and ensure “communities and infrastructure can withstand future disasters.” 11.7 percent of Puerto Ricans are of African descent.

Debate on infrastructure blocked: The Hill reports Senate Republicans “blocked the Senate from debating a bipartisan infrastructure proposal” with a 49-51 vote. In order to begin to bring the debate to the Senate floor, 60 votes are needed. Bipartisan groups are still negotiating the details of the bill. The bill will reportedly include legislation in line with Joint Center research on broadband, workforce development, and several other expenditures that could help Black communities.

CBC continues the fight against voter suppression: Members of the Congressional Black Caucus held a press conference with Black women Leaders & Allies (full recording here) “to demand votes on the For the People Act, H.R. 1, and the John R. Lewis Voting Rights Act, H.R. 4.” This eventfollows last week’s arrest of Congressional Black Caucus Chair Joyce Beatty (D-OH) after she marched with members of Black Women Leaders & Allies to call attention to Republican Senators who refused to “engage meaningfully in drafting federal legislation to ensure that every American has equal access and opportunity to vote.” CBC Chair Beatty describes voter suppression as “simply unacceptable” and makes clear“we are not accepting it anymore, we know what we have to lose.”

Building a Jan. 6 Select Committee of ‘integrity”: In an effort to create a Jan. 6 select committee that respects the “integrity” of the Capitol insurrection investigation,Speaker of the House Nancy Pelosi (D-CA) rejects two Republican picks, Congressman Jim Jordan (R-OH) and Congressman Jim Banks (R-IN), who are former President Trump allies who voted against certifying President Biden’s election victory. Congressional Black Caucus Member Congressman Bennie Thompson (D-MS), who wasappointed as Chair of the House select committee, contends how imperative finding the truth is to ensure that “such an assault on our Capitol and Democracy cannot happen again.” 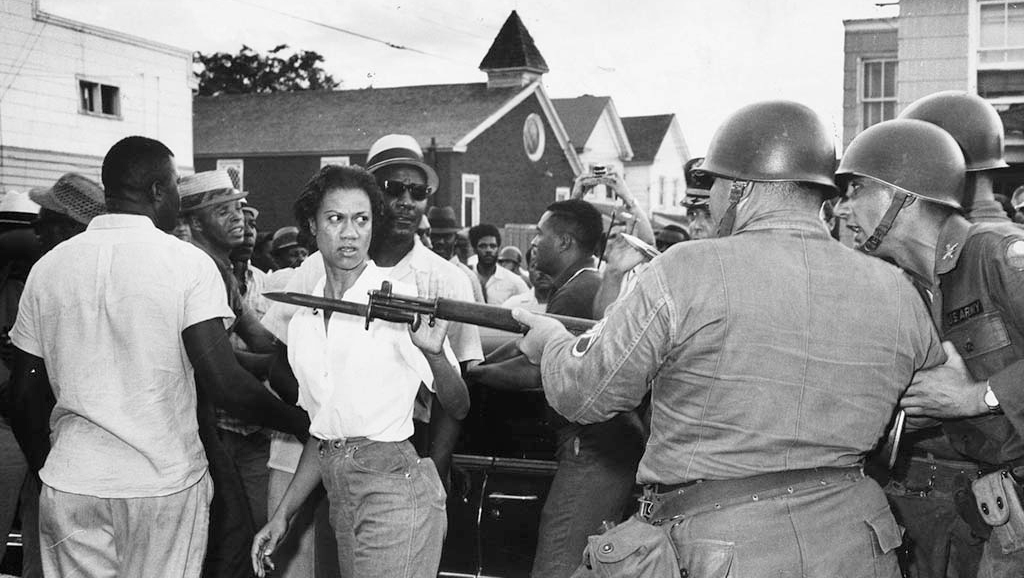 Remembering Gloria Richardson: Congresswoman Nikema Williams (D-GA) called Gloria Richardson’s life a “lesson in justice.” Richardson, who passed away last week at the age of 99, was a civil rights pioneer known for the famous photo (above) where she pushed away a National Guardsman’s bayonet. In 1962, she led the Cambridge Movement on Maryland’s Eastern Shore to desegregate all schools, recreational areas, and hospitals in Maryland. Senators Ben Cardin (D-MA) and Chris Van Hollen (D-MA) also shared statements on her passing. The Joint Center mourns the passing of Gloria Richardson, and champions her legacy.

CBCF searches for new president: Current President and CEO of the Congressional Black Caucus Foundation Tonya Veasey will step down from her role in September. The CBCF Board of Directors Chair appreciates Tonya’s “notable contributions during her tenure” and looks forward to “finding our next leader who will build on and augment the organization’s solid foundation.” 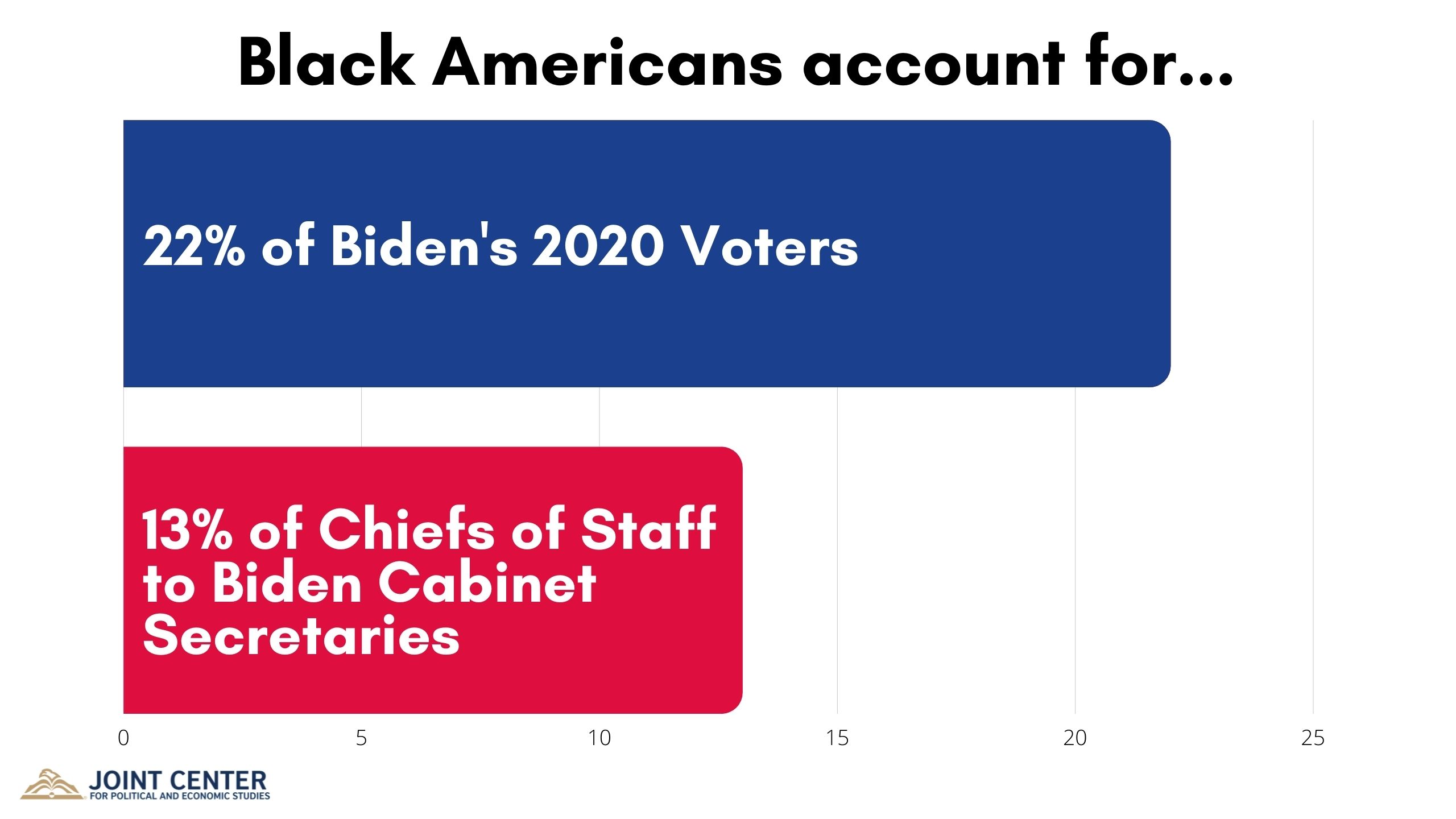 In February, the Joint Center urged President Biden to prioritize Black appointments to the U.S. Court of Appeals, as none of President Trump’s 54 appellate court nominations were Black, and 10 of the 18 active Black U.S. Appellate Court judges were eligible to retire. The Joint Center commends President Biden, and hopes to see more Black Americans nominated and confirmed to the U.S. Court of Appeals. 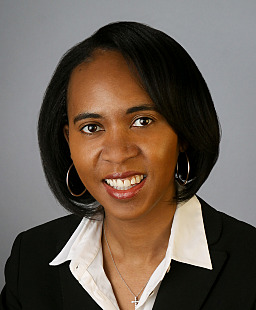 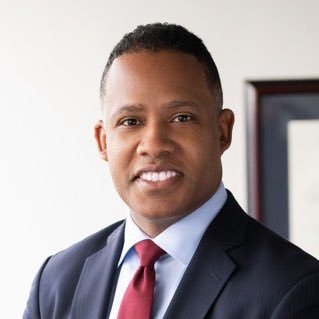 Kenneth A. Polite, Jr. confirmed as the Assistant Attorney General of the Criminal Division at the Department of Justice. The Senate confirmed the former U.S. Attorney with a 56-44 vote. Mr. Polite is returning to the Department of Justice from Morgan Lewis, where his practice focused on internal investigations and corporate compliance. Prior to Morgan Lewis, he worked as the vice president and chief compliance officer at Entergy, a Fortune 500 electric power company.

Righting the tax code: The Senate’s $3.5 trillion budget legislation could end tax breaks favoring the rich, neutralizing “some of the most durable and robust components of structural racism in the United States,” writes New School Professor Julie Ott in the Washington Post. Black families’ wealth is less than 15 percent that of white families.

Recovery stalls for many: In his semiannual testimony to Congress, Federal Reserve Chair Jerome Powell acknowledged that the hardest hit groups from the pandemic still have the most ground to gain, and indicated that the Fed is focusing on an employment mandate across racial and income groups. 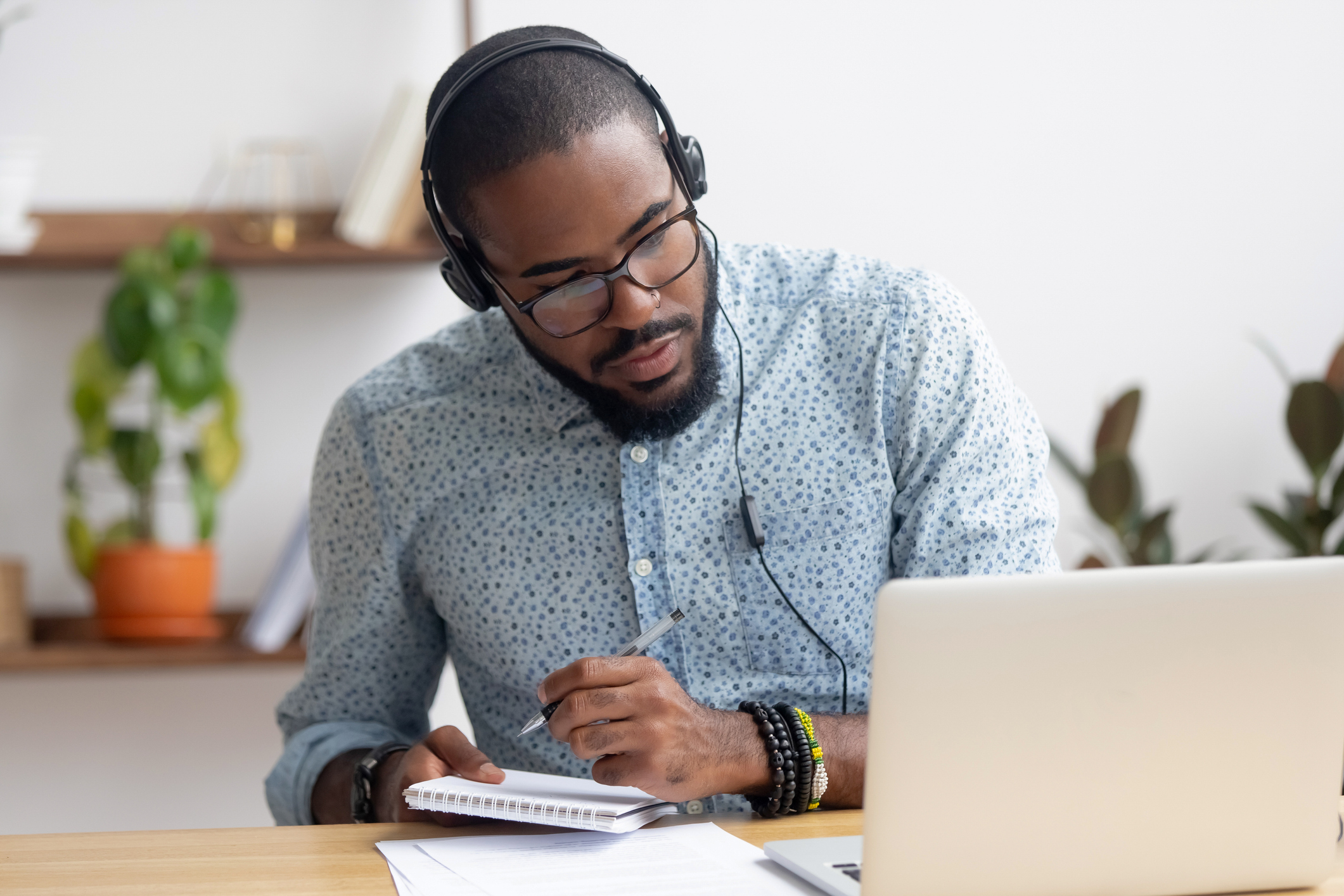 Tech support: Public Knowledge calls on Congress to provide $500 vouchers tohelp low-income Americans purchase computers, tablets, and other devices to gain access to the internet. African American households are more than twice as likely as white households to lack a home computer.

Injecting competition in broadband: President Biden signed anexecutive order promoting competition, which includes policies to reduce the cost of internet, adding new urgency to efforts to accurately measure the price of internet services. In a bid for price transparency, the order encourages the FCC to require internet providers to regularly report broadband rates. Affordability is a reason that Black families in the Black Rural South lack broadband.

Do more to curb AI bias: The ACLU challenges the Biden administration to address bias in artificial intelligence that perpetuates racial and economic inequities. Examples include housing discrimination and hiring biases.

Rashad driving change: The Hill profiles Rashad Robinson, president of Color of Change, calling him a driver of change well before he led calls for Facebook to conduct a racial equity audit.

Speed study: Three-week micro-internships are a promising route to paid internships and jobs in tech for Black students. 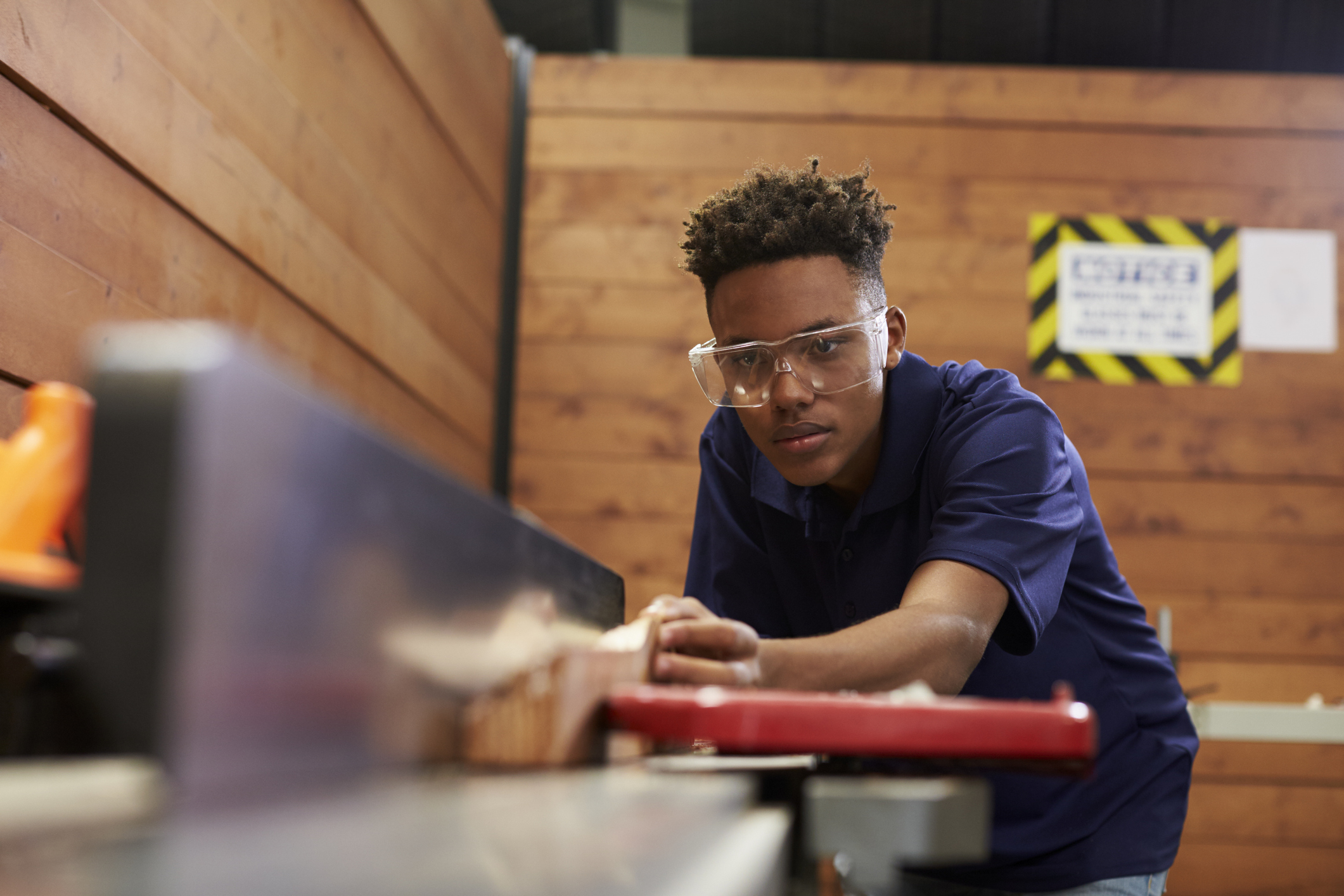 Pell Grants in prison: Advocates are urging the Department of Education to bring Pell Grants back for incarcerated people earlier than the current July 1, 2023 decision deadline, Politico reports.

Postal workers at risk: The U.S. Postal Service and OSHA failed to protect postal workers during the pandemic, ProPublica reports. 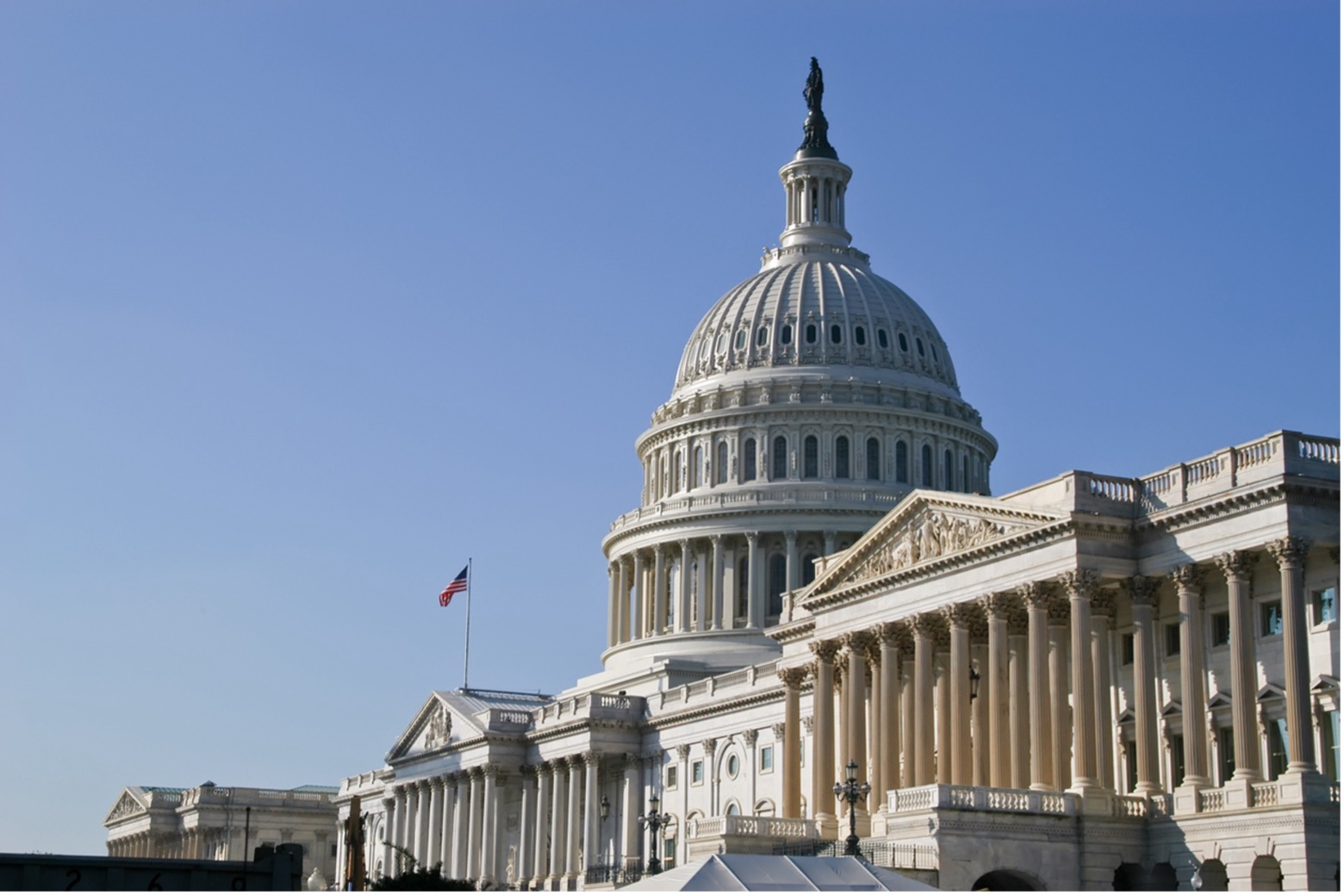 Consumer Reports releases a project focused on fair and affordable internet servicing that tests broadband users’ internet speeds to “compare quality and speeds across the country” and analyzes consumers’ bills to “understand what consumers actually pay for broadband.”

The Education Trust releases new research that outlines three key strategies to solve “unfinished learning” and includes a state-by-state breakdown of how much K-12 education relief funding each state will receive. 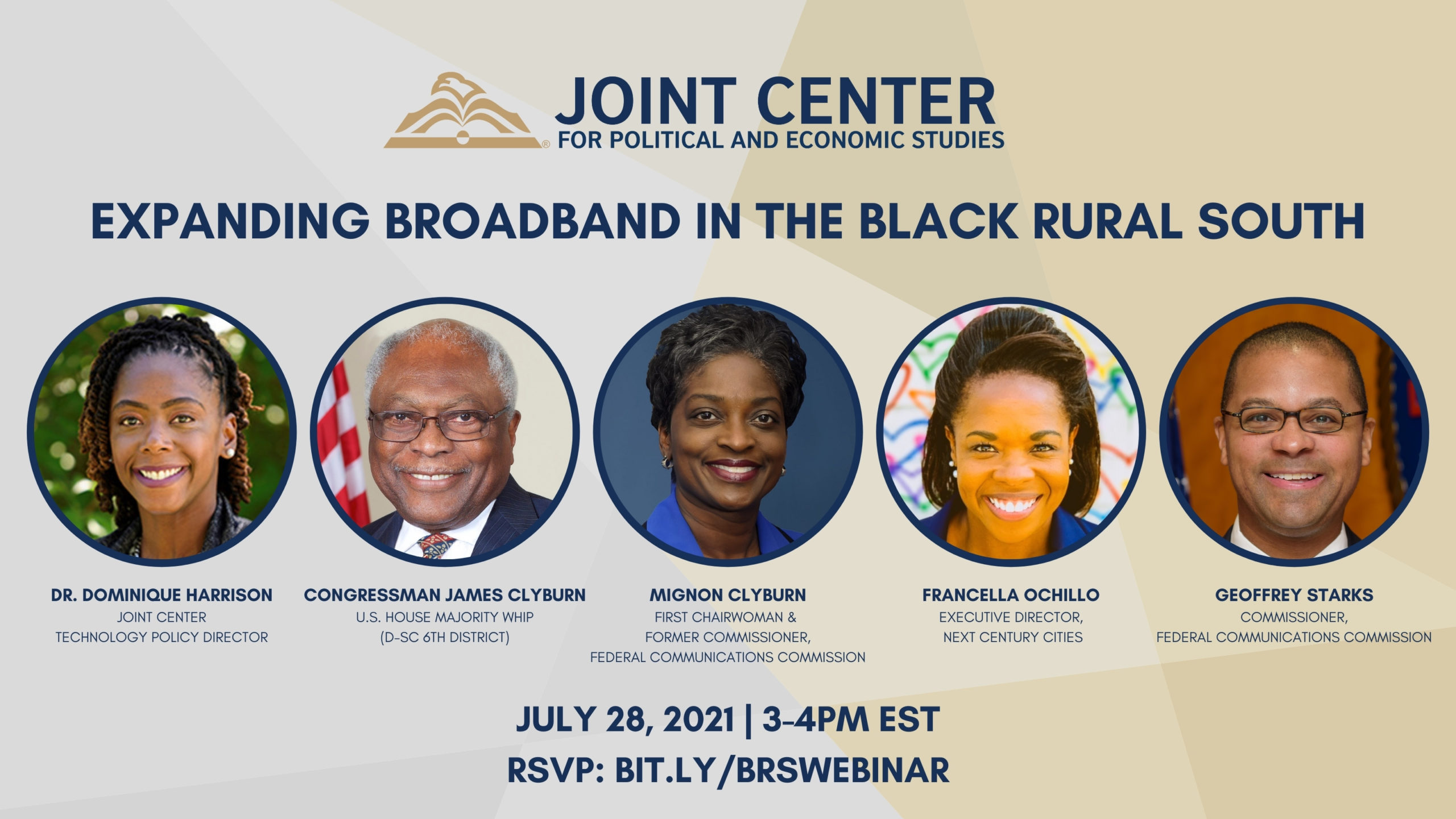 Upcoming events include Expanding Broadband in the Black Rural South (Joint Center for Political and Economic Studies, July 28); “STATEHOUSE FUTURES: A Progressive Policy and Strategy Summit for a New Generation of Leaders” (Run for Something Action Fund and Democracy Policy Network, July 28); “How wage suppression was caused by policy decisions made on behalf of the rich and corporations” (Economic Policy Institute, July 29); “Black Women’s Equal Pay: Waiting Another Century is Not an Option” (Institute for Women’s Policy Research, July 29).

Last week, events were held by National Urban League, Subcommittee on Crime, Terrorism, and Homeland Security, The Hill, and the Urban Institute.