Biden’s infrastructure plan gains momentum: Bloomberg reports that “Senate Republicans are set to deliver a revised offer of a package that includes roads, public transportation, and airports to the White House as early as Monday.” 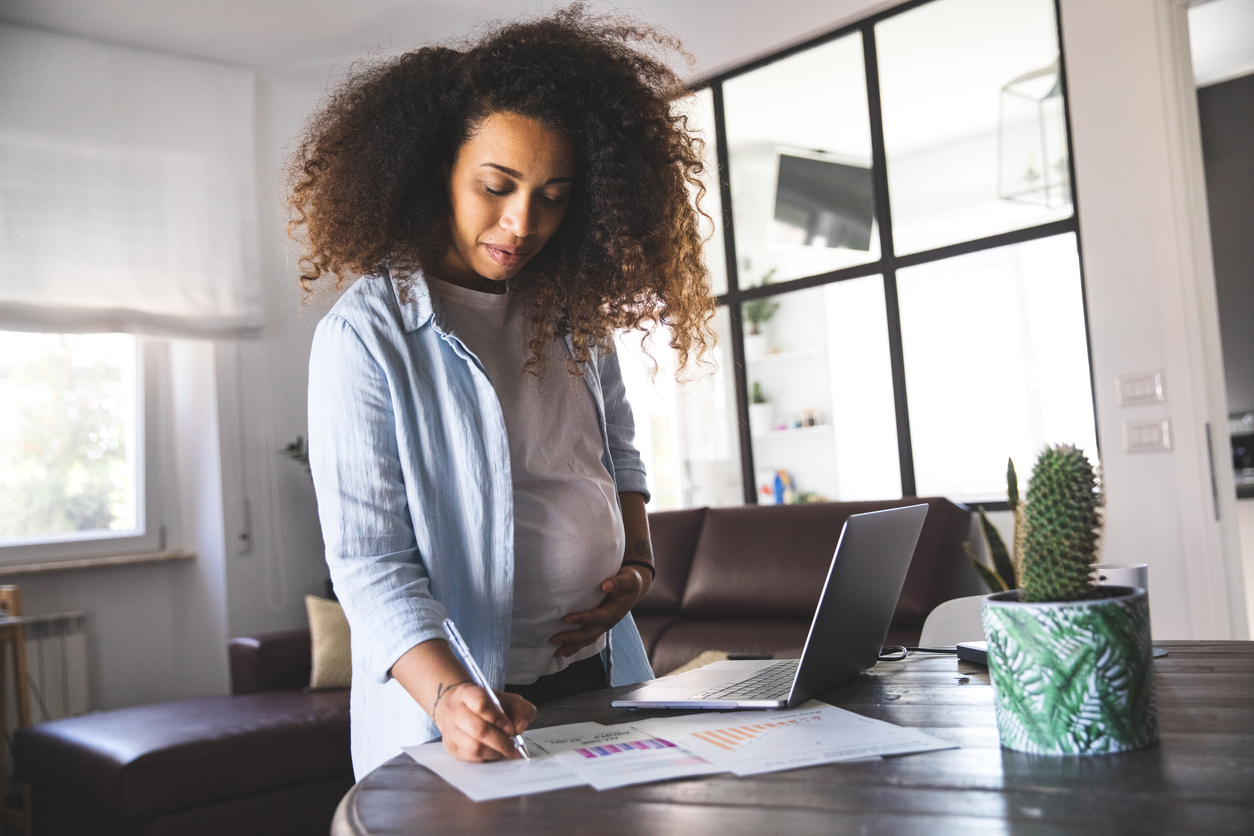 Standing up against Black LGBTQI+ hate: According to 2021 UCLA data, a large portion of Black LGBT adults “experienced victimization” including verbal insults or abuse (79 percent), being threatened with violence (60 percent), or being physically or sexually assault (44 percent). In a recent statement, President Biden shared “how U.S. diplomacy and foreign assistance are working to promote and protect the human rights of LGBTQI+ persons in line with the different areas of the Presidential Memorandum.” This includes “combating the criminalization of LGBTQI+ status or conduct abroad,” “protecting vulnerable LGBTQI refugees and asylum seekers,” providing “foreign assistance to protect human rights and advance nondiscrimination,” “rescinding inconsistent policies from the previous administration,” and more.

Presidential pardons with racial justice in mind: Several civil rights leaders who met with President Biden last month recently told the New York Times that they left the call with the impression that he “intends to use clemency grants — which are among the most unchecked and profound powers at a president’s disposal — to address systemic issues in the criminal justice system.”

Expanded access to legal representation and the courts: President Biden’s Presidential Memorandum to expand access to legal representation and the courts is a victory for Black Americans. This executive action will hold the Administration accountable and make sure policies and recovery efforts reach communities that have “long struggled to secure quality access to the legal system.” Timely and affordable access can keep individuals out of poverty, help unaccompanied children seek asylum, ensure individuals charged with crime receive a strong defense and gain access to a fair trial, and keep individuals in their homes, issues pertinent to Black Americans’ plight for full freedom. President Biden’s Memorandum is another step to “protect vulnerable Americans, reform the justice system, and advance racial equity.” 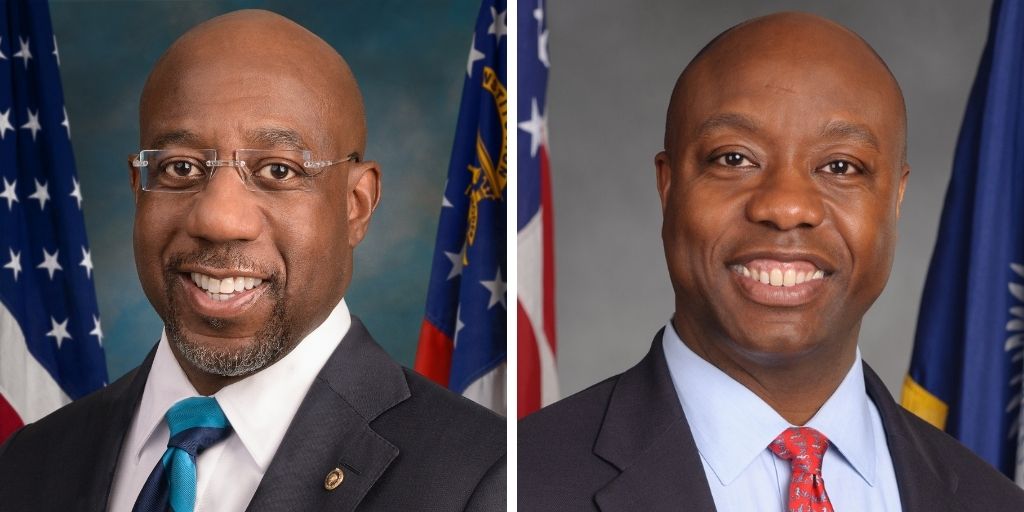 Fighting to maintain power for Black voters in Chicago: Chicago’s 14 percent Black population decline over the past decade presents a concern for Black politicians.For the past 40 years, Chicago has had three Black representatives in Congress, seats currently held by Congressman Bobby Rush (D-IL), Congresswoman Robin Kelly (D-IL), and Congressman Danny Davis (D-IL). However, the city no longer has three Black-majority congressional districts, a concern for several Black elected officials who already lost their ground on the City Council. Black elected officials “intend to hold their ground” and “ensure that the districts are drawn in a manner that allows for all people to have representation.” 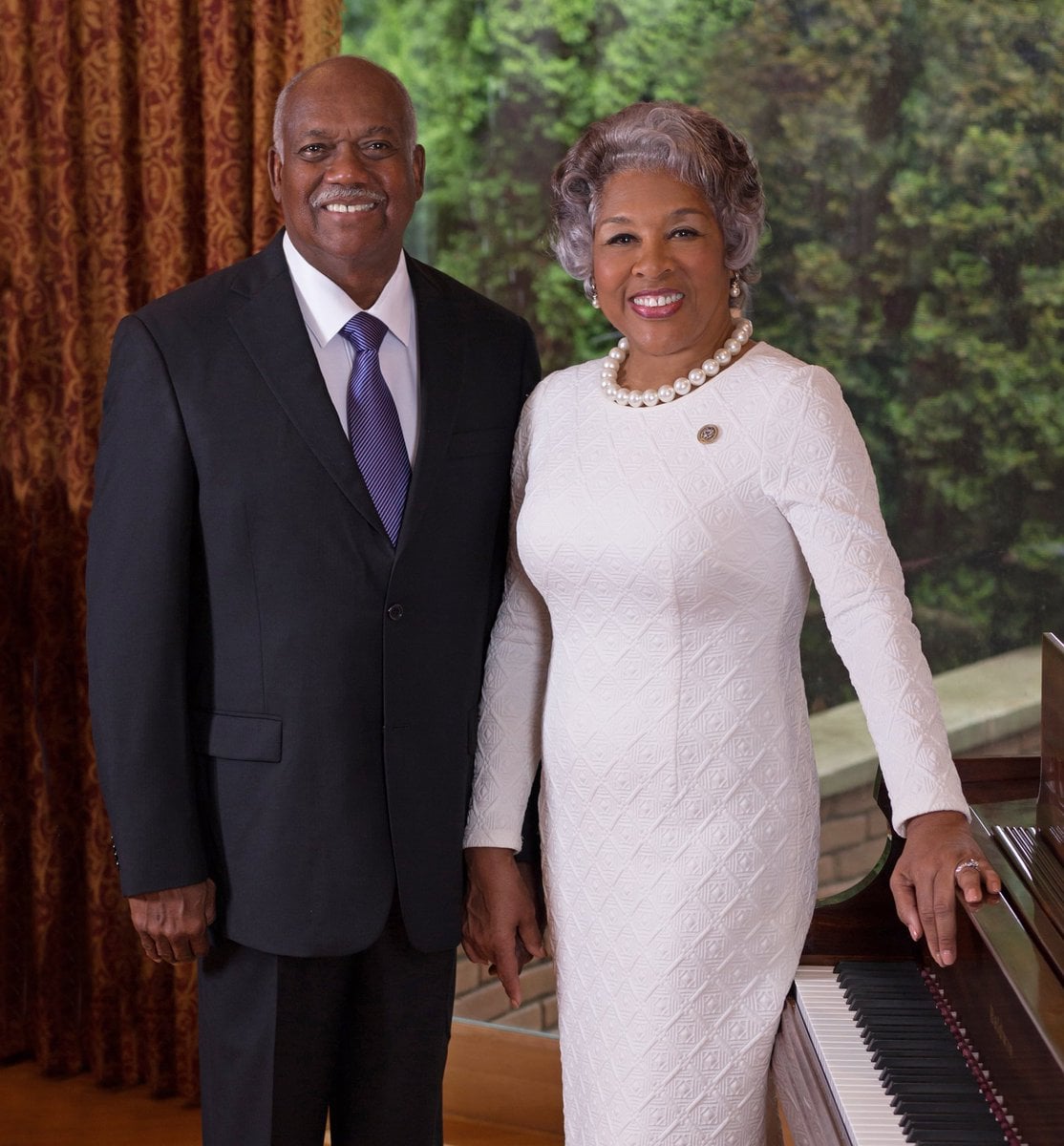 The Joint Center mourns the passing of Otto Beatty Jr., a former state lawmaker, a champion for Black businesses, “leader in the fight for racial equality in Ohio,” and husband of Congressional Black Caucus Chair Joyce Beatty.

“Otto Beatty Jr. was an essential voice for Black businesses and communities in Ohio and our nation, and we’re so appreciative of his leadership,” said Joint Center President Spencer Overton. “We extend our condolences to his wife Congresswoman Beatty, his son Otto, his daughter Laurel, and the rest of his family. They are all in our prayers.” 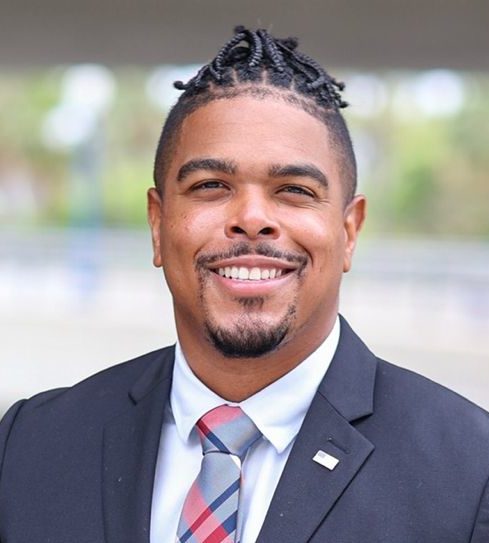 Biden appoints Laurence Wilson as Advance Representative to Secretary Xavier Becerra at the Department of Health and Human Services. Mr. Wilson was previously the CEO and Founder of Wilson Brand. He also served as a National Advance Associate for the Biden for President campaign. 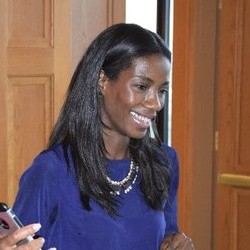 Cutting child poverty: In July, 39 million families will begin to receive a monthly benefit of up to $300 per child from the temporary expansion to the Child Tax Credit (CTC). The American Rescue Plan combined both a CTC and an Earned Income Tax Credit (EITC) expansion that would lift 1.3 million Black children out of poverty and make 5.7 million Black children eligible for the maximum CTC. Many advocates are pushing for expansions to both the CTC and EITC to be made permanent.

Higher education, less financial fallout: Almost half (49 percent) of Black adults with a college degree say their personal financial situation is in good shape following the pandemic versus only 30 percent Black adults with some college or less, according to Pew Research.

Pay women fairly, cut poverty: Noting that Black women and Latinas are represented disproportionately among low wage workers, a new study shows that gender pay equality would reduce the poverty rate of working women in every state. If the gender wage gap were closed across the US, the poverty rate for working women would fall from 9.5 percent to 5.5 percent. 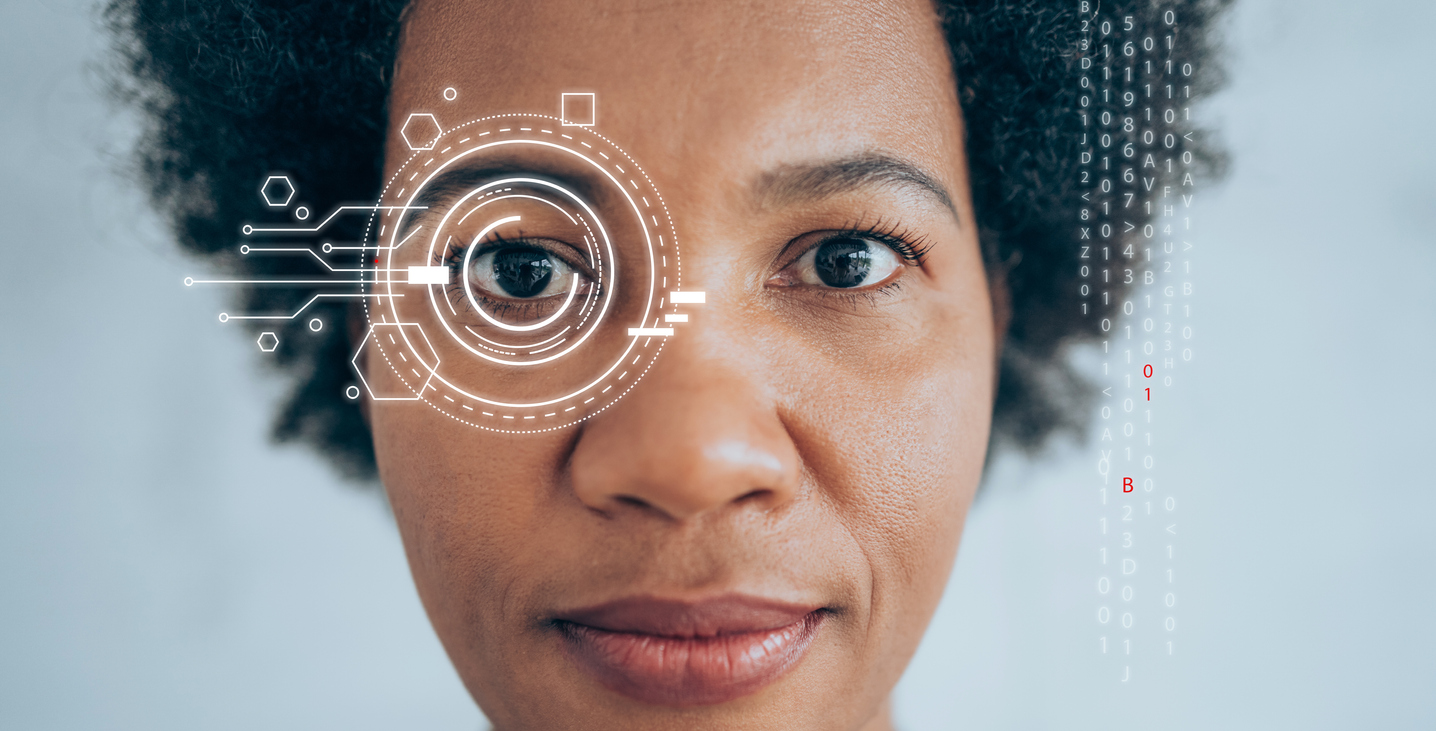 AI bias hurts consumers: U.S. House Financial Services Chair Maxine Waters (D-CA) is calling for legislation to address artificial intelligence (AI) discrimination in lending. During a hearing of the Financial Services AI Task Force, members noted algorithms’ impact on consumers, ranging from access to quality credit to eligibility for bail after an arrest. The Joint Center is currently working on a report that explores the use of automated-decision making technologies in employment, housing, and credit/lending.

“Responsible” AI takes root at Google: Dr. Marian Croak, who heads the new center of expertise on responsible AI at Google, announced plans to double the size of the ethics team. The effort follows the controversial firing of prominent AI ethics team member Dr. Timnit Gebru, a Black scientist and critic of Google’s artificial intelligence policies. Croak is one of the few senior Black executives at Google. Last month, Color of Change called for Google to allow independent auditors to investigate the company’s business for potential discriminatory conduct.

No Facebook for Trump, for now: Civil rights and watchdog groups applauded the Facebook Oversight Board’s decision to maintain Facebook’s suspension of former President Donald Trump from the platform. The suspension was in response to his inciting an insurrection at the U.S. Capitol on January 6. 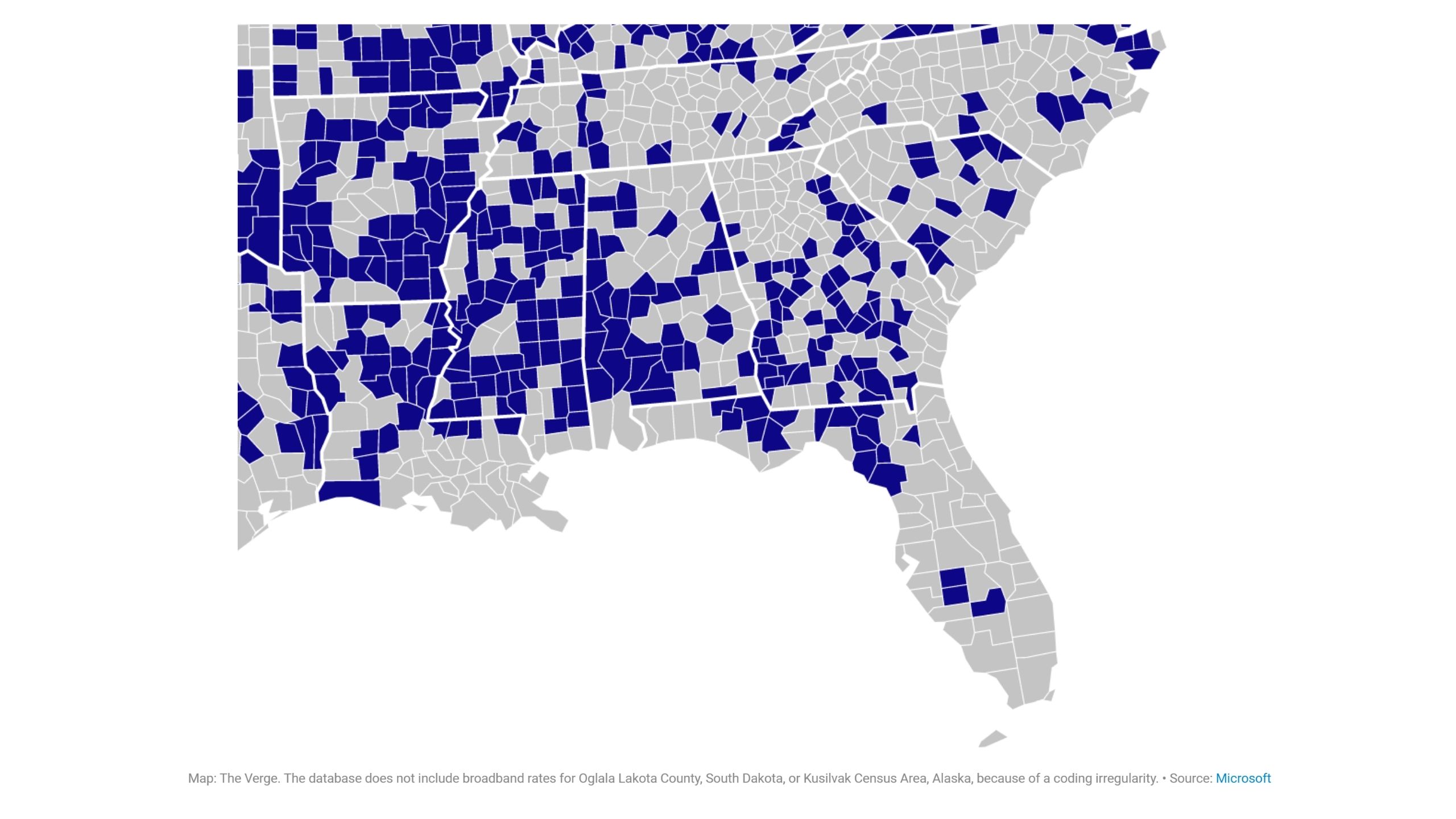 Where high-speed internet isn’t: A new map of the digital divide shows the many counties (those in blue) where less than 15 percent of residents are connecting at broadband speeds (25Mbps or more), presenting a significant barrier for online learning and other activities made necessary by the COVID-19 pandemic. 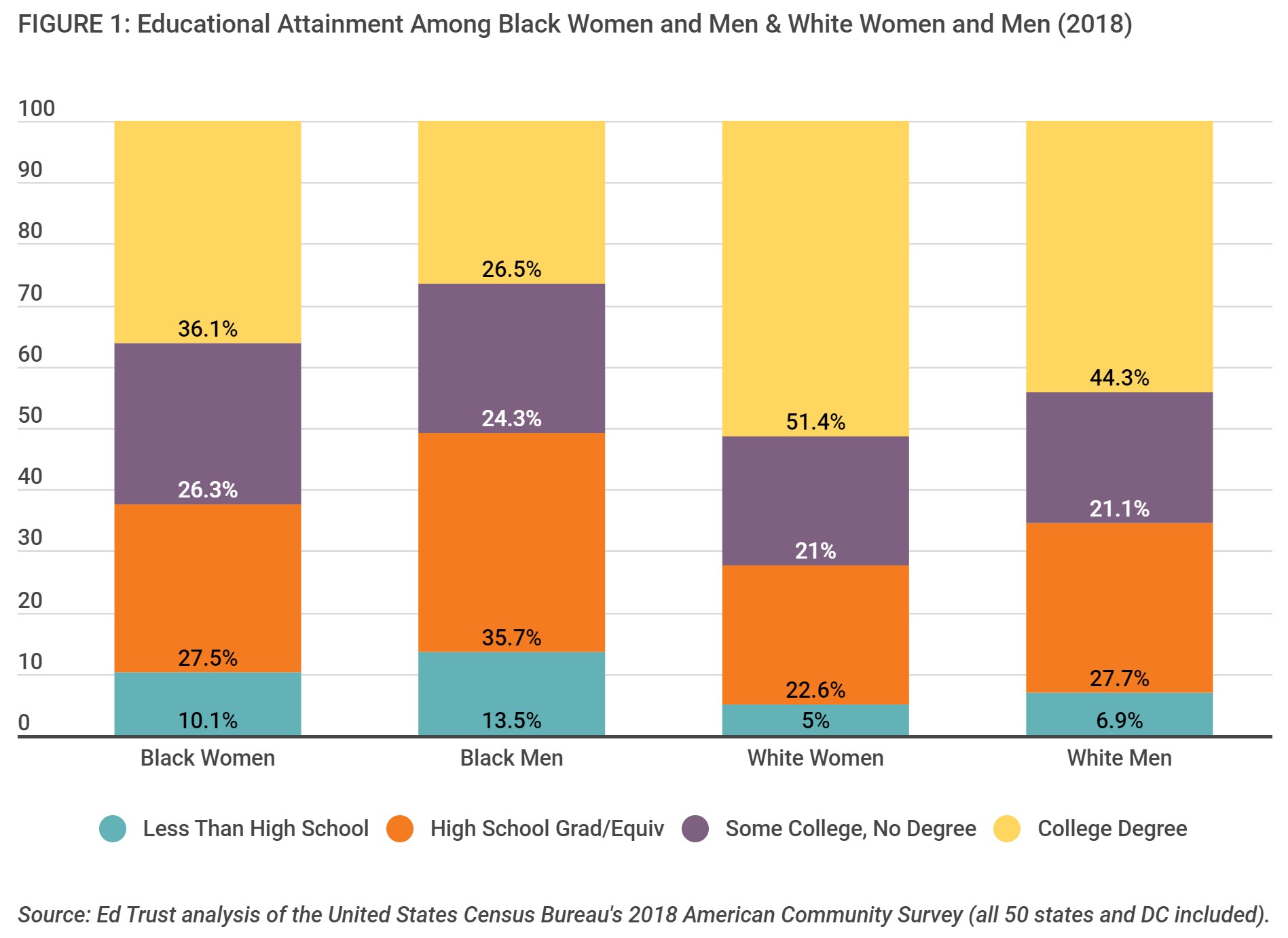 States short HBCUs: For decades Tennessee has withheld funding from its HBCU, Tennessee State University, a state bipartisan legislative committee finds. The state’s failure to adequately fund the university since the 1950s has cost the HBCU as much as $544 million. Maryland has also underfunded its HBCUs, NPR finds.

The costs of education disparities: Racial and economic injustice in higher education costs the nation more than $956 billion annually. If all people of color had at least the same level of postsecondary education as White Americans, 5.9 million more Black people would have an associate’s degree or higher. Equity in higher education could create $308 billion in annual increased tax revenue and $542 billion in increased gross domestic product annually, among other monetary gains.

Education as social justice: Higher education is key to economic mobility and social justice, a report by the Postsecondary Value Commission finds. The commission cites gaps in access, completion, and post-college outcomes for Black people and other groups. Nearly half (48 percent) of White adults aged 25-64 had at least an associate’s degree in 2018 versus 32 percent of Black adults. The high costs of higher education, inadequate support while enrolled, and racial and socioeconomic stratification across and within colleges contribute to the disparities.

Vaccine parity inches closer: Although race-based disparities in COVID-19 vaccination rates have grown in some areas, some state and federal data indicate that the country is making progress in closing racial gaps and achieving vaccine parity nationally. In Mississippi, for example, Black people compose 38 percent of the population and 34 percent of those vaccinated in the state.

Except in Florida: Only 7 percent of Florida’s vaccinated residents are Black, prompting Governor Ron DeSantis to step up vaccination efforts to reach Black communities. About 20 percent of the state’s Black residents have been vaccinated compared to 38 percent of White residents.

The endgame: herd immunity: Racial differences in vaccine acceptance have narrowed—as of April, 20 percent of Black people and 19 percent of White people have refused vaccinations—but the last mile may be the hardest as the country aims for herd immunity, Brookings argues.

Confusion drives vaccine hesitancy: Misinformation and disinformation are the primary drivers of vaccine hesitancy in the Black community, said Drs. Cameron Webb and Marcella Nunez-Smith, senior members of the White House COVID-19 Response Team. Lack of concern about contracting the virus, distrust of the institutions offering the vaccines, and lack of convenient access to vaccines are other reasons for the reluctance.

Addressing health inequities: To address the health inequities experienced during the coronavirus pandemic, Healthline recommends acknowledging that the experiences of people of color are not all the same and increasing diversity in the medical field. According to the article, “in order to get to herd immunity most experts say we need at least 80% of the population vaccinated, evenly enough distributed across the population to avoid hot spots.” 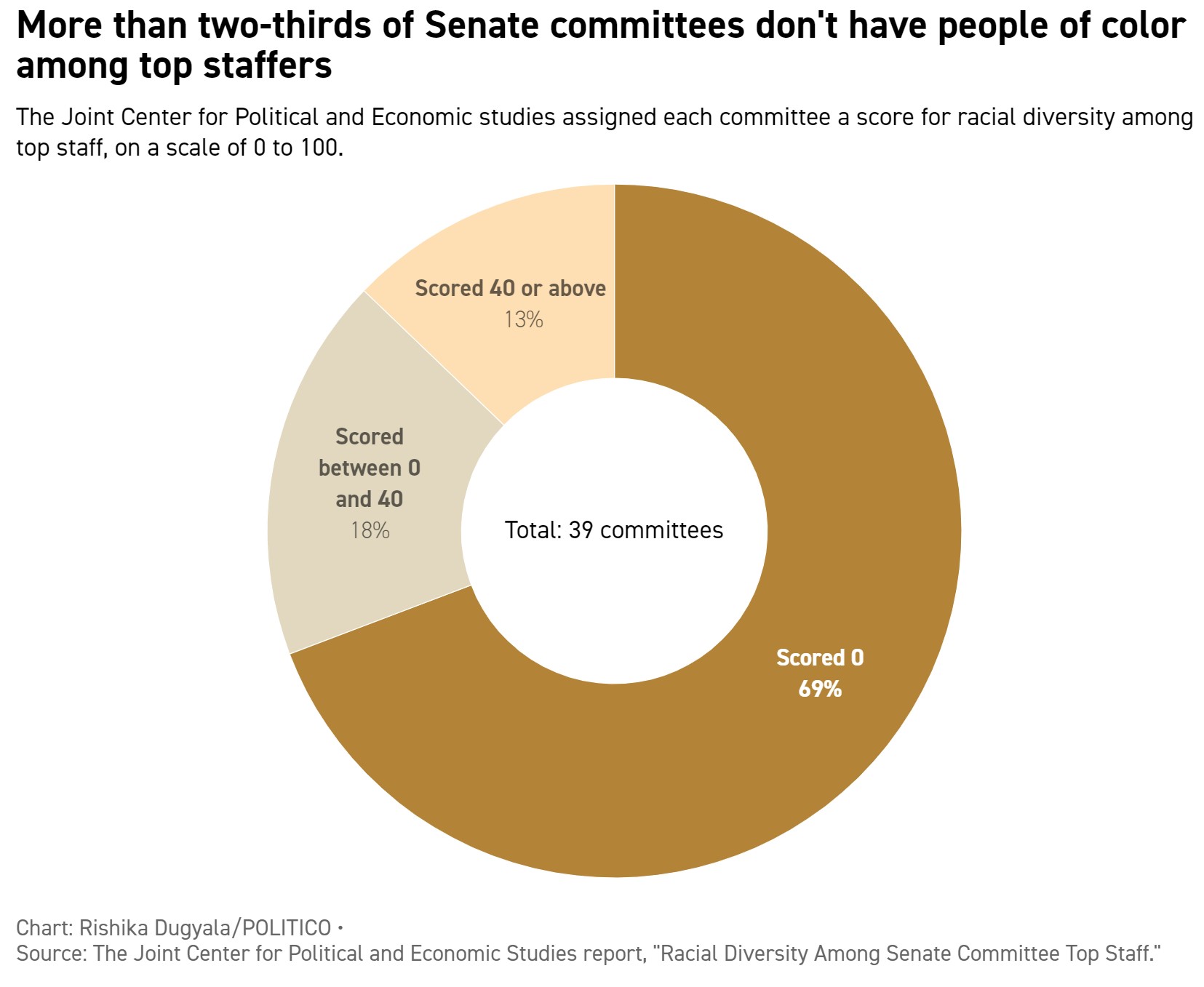 Congress pressed to diversify: Kemba Hendrix, head of the House Office of Diversity and Inclusion, called for more diversity among congressional staffers at a hearing of the House Committee on the Modernization of Congress. The key will be moving beyond internships and college recruiting to ensure that paths to higher positions are clear and welcoming, she and others on the committee noted. Only 11 percent of top Senate staffers are people of color, according to Joint Center research, and our 2018 report showed that less than 14 percent of top House staff were people of color. 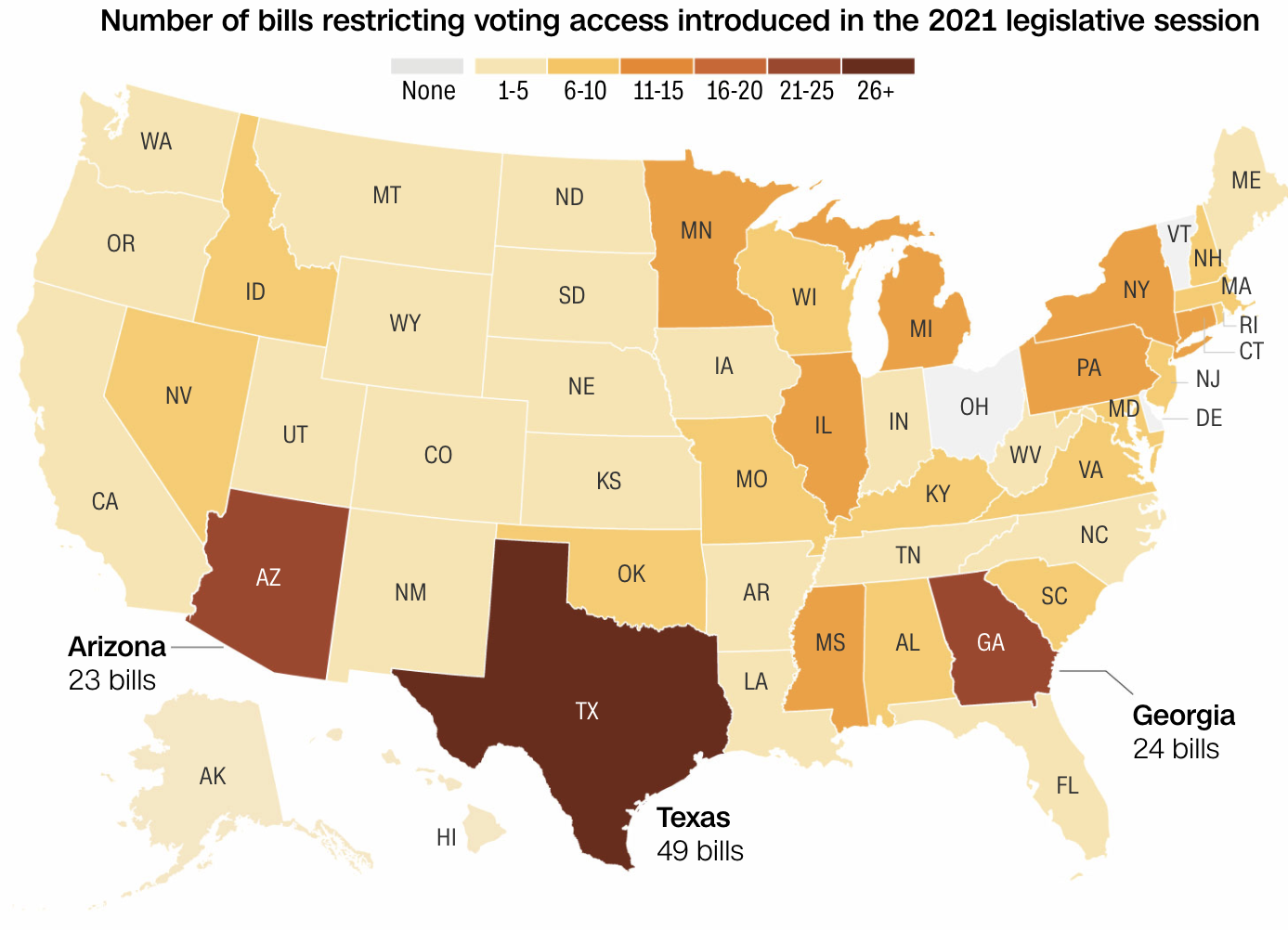 361 bills restricting voting and counting: The Senate deadlocked on national voting legislation, as the future of voting rights hangs in the balance. The proposed legislation, the For the People Act, would adopt federal changes that would blunt new, more restrictive voting laws in some states such as Georgia and Florida. Lawmakers in 47 states have introduced 361 bills this year to limit voting access, according to Brennan Center for Justice and CNN.

Color of Change issues a petition demanding state governors to stop anti-protesting laws from passing and protect the right to protest.

Black Voters Matter “We Got the Power” tour heads to Philadelphia, PA to educate the community about the May 18 election.

Defining and Measuring ‘Value’ in Postsecondary Education (Inside Higher Ed)