Trump Impeached: President Donald Trump becomes the first president to be impeached twice after a final vote of 232-197 (including all House Democrats and 10 House Republicans in favor of impeachment). The article charges Trump with “incitement of insurrection” and states that his rhetoric “encouraged—and foreseeably resulted in—lawless action at the Capitol.” The vote comes after several CBC Members and the NAACP called for the impeachment of the president. Senator Tim Scott (R-SC), the only Black Republican in the Senate, opposed impeaching Trump noting it “will only lead to more hate and a deeply fractured nation” and will “fly in direct opposition to what President-elect Joe Biden has been calling for all year.”

Many speculate that it’s “extremely unlikely that Trump will be removed from office through impeachment” since Senate Majority Leader Mitch McConnell will not allow the Senate to reconvene until January 19, a day before the inauguration.

CBC Speaks Out: The Congressional Black Caucus hosts a hearing with civil rights organizations, including National Action Network, National Urban League, and more, to respond to the domestic terror attack at the U.S. Capitol.

Biden Unveils $1.9 trillion stimulus plan: The plan calls for $1,400 checks for those under certain incomes (in addition to the $600 checks approved last month), extending the federal unemployment insurance supplement an additional 6 months through the end of September, $170 billion for schools, $350 billion for state, local, and tribal governments, $15 billion for grants to small businesses, and $160 billion for vaccinations, testing, and public health jobs. The plan would also expand paid leave and child care tax credits, and increase the federal minimum wage from $7.25 to $15 per hour. The Washington Post has posted President-elect Biden’s 19-page summary of the plan. Many of the provisions are consistent with the Joint Center’s proposals in our 2020 report Pandemic Relief Priorities for Black Communities.

Incoming Majority Leader Schumer backs additional support: The push for $2,000 stimulus checks resumes as Democrats assume control of the Senate. “One of the first things that I want to do when our new senators are seated is deliver the $2,000 checks to the American families,” said Senator Charles Schumer (D-NY), who will become the Senate Majority Leader. 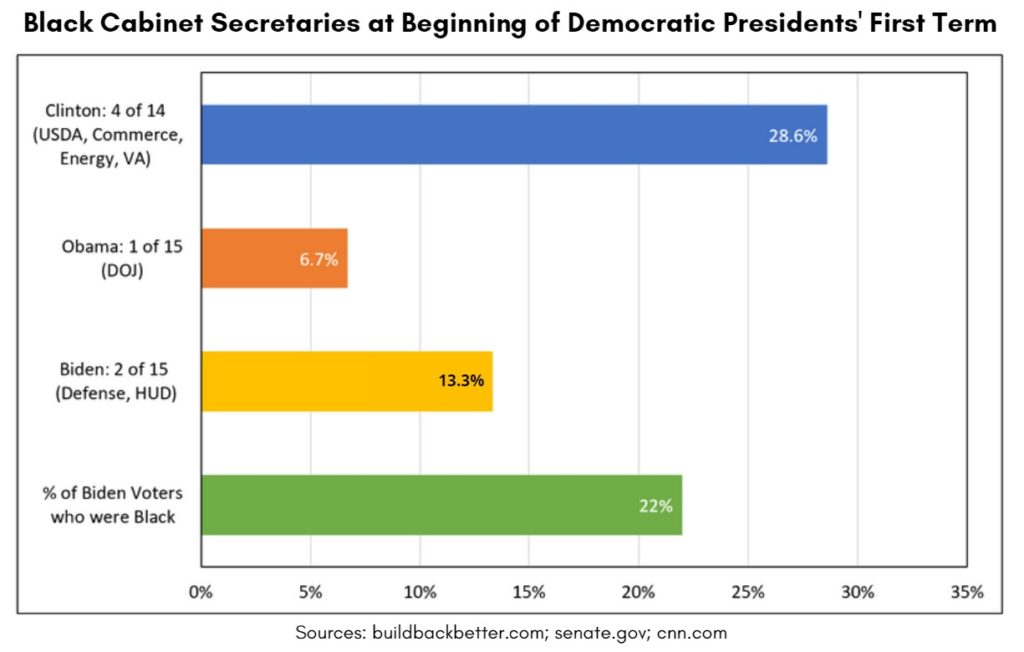 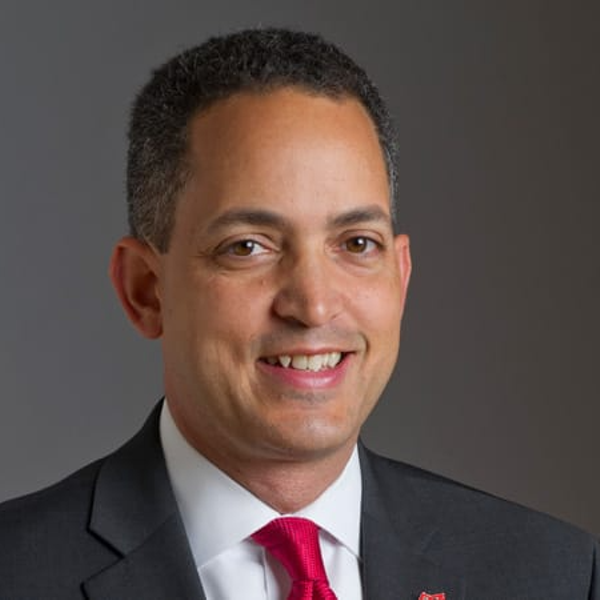 Biden chooses Don Graves as his nominee to serve as Deputy Secretary of the Commerce Department: Graves is currently the Head of Corporate Responsibility and Community Relations at KeyBank. Previously, Don served as the Executive Director of the President’s Council on Jobs and Competitiveness under President Barack Obama and led the federal government’s recovery efforts in Detroit. In a press statement, Joint Center President Spencer Overton said “Don brings years of recognized expertise and leadership on economic policy issues that are important to Black communities. His efforts to rebuild Detroit after its bankruptcy, assist then-Vice President Biden with the 2009 Recovery Act, and drive initiatives that bring financial services to more communities all demonstrate his leadership, values, and commitment. The Joint Center looks forward to continuing to work with Don in his new capacity as we rebuild our economy in a way that prioritizes racial equity and opportunity.”

Diversity & Inclusion in the White House: Biden nominates Michael Leach as the first-ever Chief Diversity & Inclusion Director for the White House and Catherine Lhamon as the Deputy Director of the Domestic Policy Council for Racial Justice and Equity. Prior to his new role, Leach served as the Chief People, Diversity, & Inclusion Officer on the Biden-Harris Campaign where “he led the campaign’s strategic vision, planning, and implementation of staff diversity & inclusion efforts, talent acquisition, and leadership development.” Lhamon is currently the Chair of the U.S. Commission on Civil Rights, and was appointed to a six-year term by President Obama in 2016. 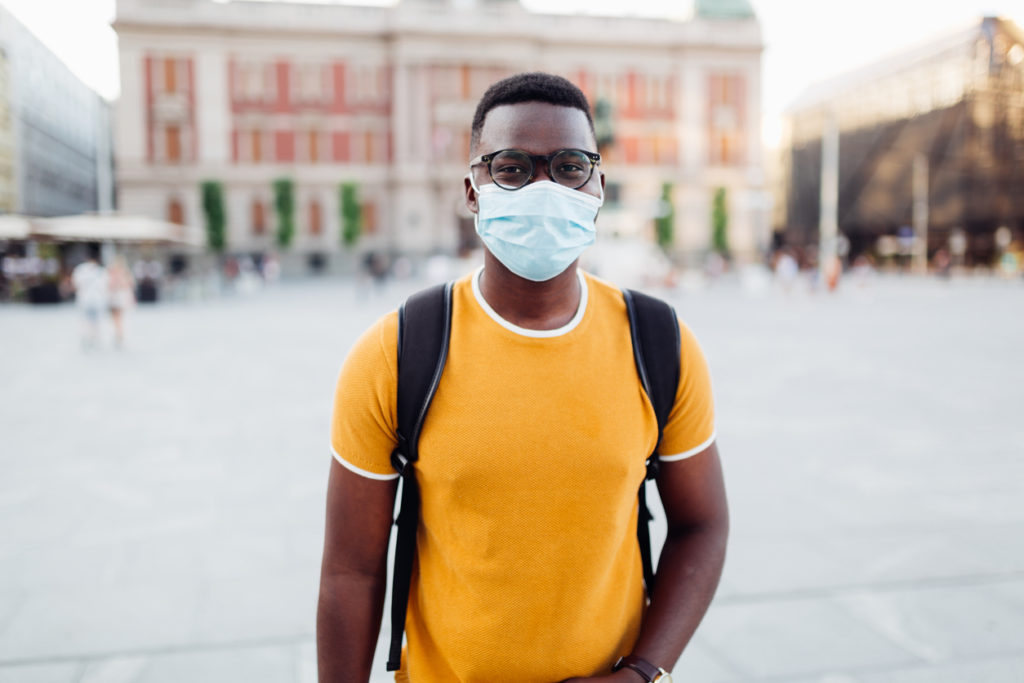 Hope for education policy: Higher education leaders are hopeful that Miguel Cardona, President-elect Biden’s nominee for Secretary of Education, will enact policies to reduce disparities in access to and resources for higher education, including providing not just entitlement funding but also grants to HBCUs to support research with an emphasis on STEM (science, technology, engineering, and math) education.
Black doctors matter: Being under the care of Black doctors cuts the Black infant mortality rate by more than half according to researchers studying births in Florida over a 23-year period.

Vaccine disparities: Despite COVID-19’s disproportionate impact on Black communities, White people in states with high percentages of Black residents have received most of the coronavirus vaccinations to date.

How can I help? St. Matthew Baptist Church in Jacksonville, FL plans to convert to a COVID-19 vaccination site, with the goal of increasing the number of vaccinations in the church’s predominantly Black community.

Leading by example: HBCUs, including Howard University, are playing a leadership role in educating Black communities about the safety and effectiveness of coronavirus vaccines, with several HBCU leaders participating in vaccine trials and taking the vaccine live on television and social media platforms. 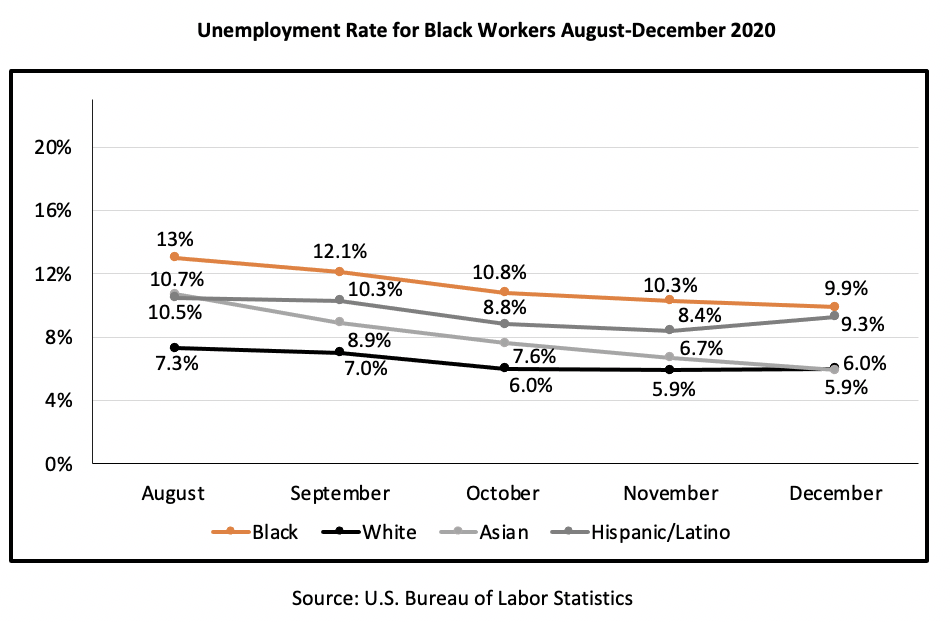 Eviction cliff: People of color are disproportionately affected by COVID-19, unemployment, and housing instability, notes the Urban Institute in a new brief on the looming evictions cliff. Pointing to the general distrust between Black homeowners and mortgage lenders, HomeFree-USA founder Marcia Griffin urges lenders and borrowers to do more to ensure that Black homeowners file for COVID-19 mortgage forbearance relief.

Missed opportunity: Investing in Black-owned businesses will accelerate the economic recovery, argues Brookings, noting that “the underrepresentation of Black businesses is costing the U.S. economy millions of jobs and billions of dollars in unrealized revenues.”

After Georgia, Senate must diversify top staff: Black voters make up about 50 percent of Georgia’s Democratic voters, and allowed Democrats to take the Senate. In an op-ed for Morning Consult, the Joint Center’s Dr. LaShonda Brenson and Spencer Overton argue that Senators should now: 1) prioritize diversity in hiring and promotion; 2) follow the lead of the U.S. House and create a Bipartisan Senate Diversity Office; and 3) eliminate the vestiges of excluding top staff of color by supporting strong candidates of color to chair agencies like the FTC and FCC even if they lack Senate staff experience. 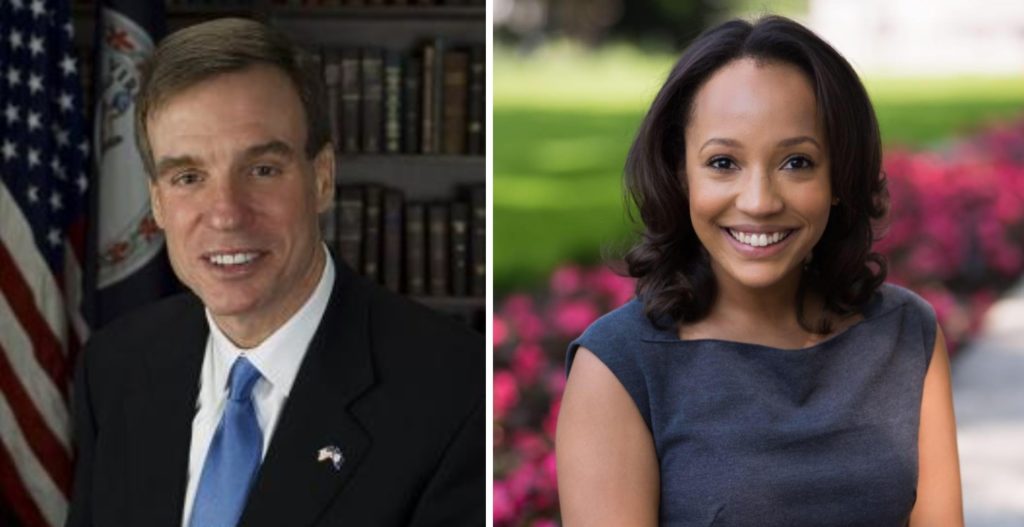 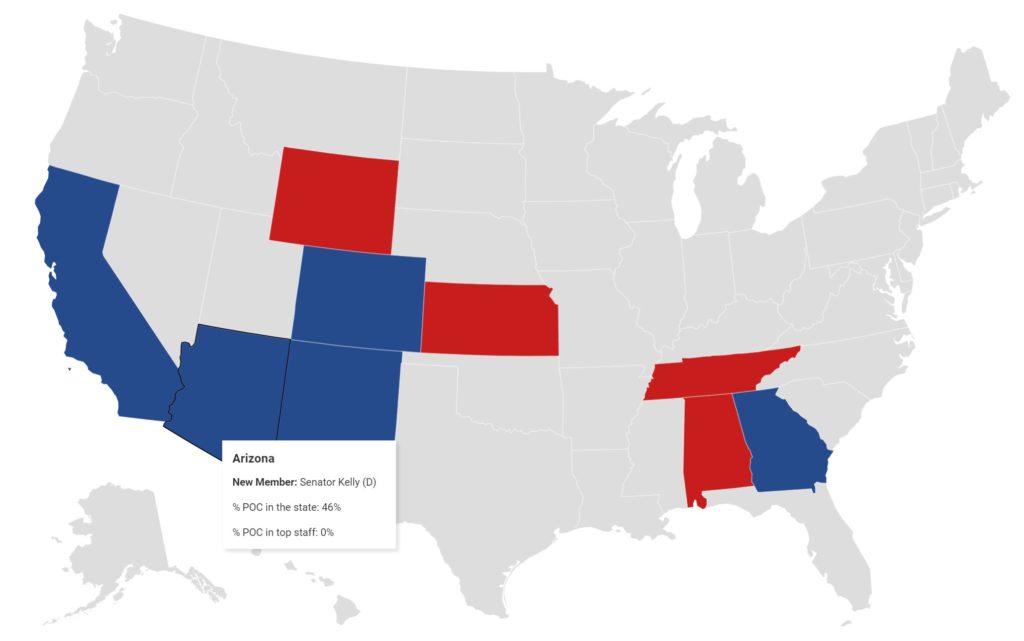 Report card on top staff diversity of newly-elected Members: As of January 14, the Joint Center’s report card tracking top staff hires by each new Member in the 117th Congress illustrates that 149 of 210 (or 70.9 percent) of the possible positions have already been filled. Of Members who have hired all three top spots, so far Ben Ray Luján (D-NM) leads in the Senate and Marilyn Strickland (D-WA) leads in the House. Those at the bottom of the lists are Senator Mark Kelly (D-AZ) and Rep. Jay Obernolte (R-CA). Of the top staff hired by new Members so far, 24.8 percent are people of color, and 6 percent are African American. People of color account for 40 percent of the U.S. population and African Americans account for 13.4 percent of the U.S.

Diversify tech policy: Democratic leaders are pressing the Biden Administration to appoint leaders of color for federal agencies that oversee the tech industry. Making diversity a priority is crucial for federal debates about algorithmic bias, the digital divide, and more. These debates have implications for Black Americans who are disproportionately impacted by the lack of access to broadband and who face erroneous consequences because of facial recognition technology. 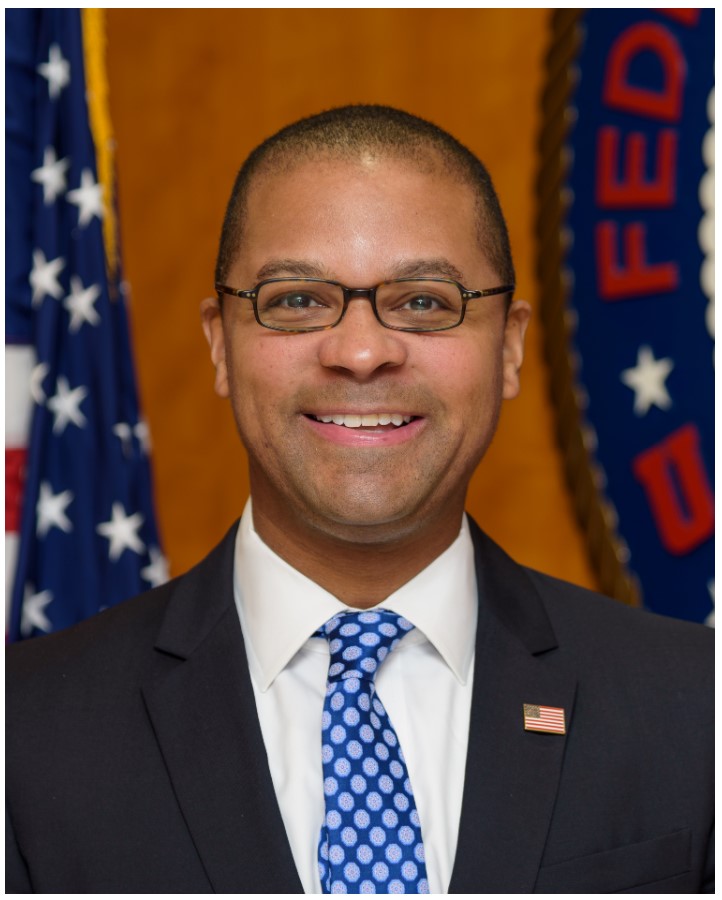 CBC Members push for Geoffrey Starks as FCC Chair: Politico reported that Rep. Emanuel Cleaver, many other CBC Members, and several other civil rights organizations such as the National Action Network, NAACP, the Joint Center, and the Southern Rural Black Women’s Initiative are supporting Starks to be the permanent FCC Chair. Joint Center President Spencer Overton was quoted as saying that “Commissioner Starks is the strongest candidate on issues related to inclusion, equality, and communities of color.” Commissioner Starks was the headline speaker last year on a Joint Center roundtable on broadband and Black communities in the wake of the pandemic. 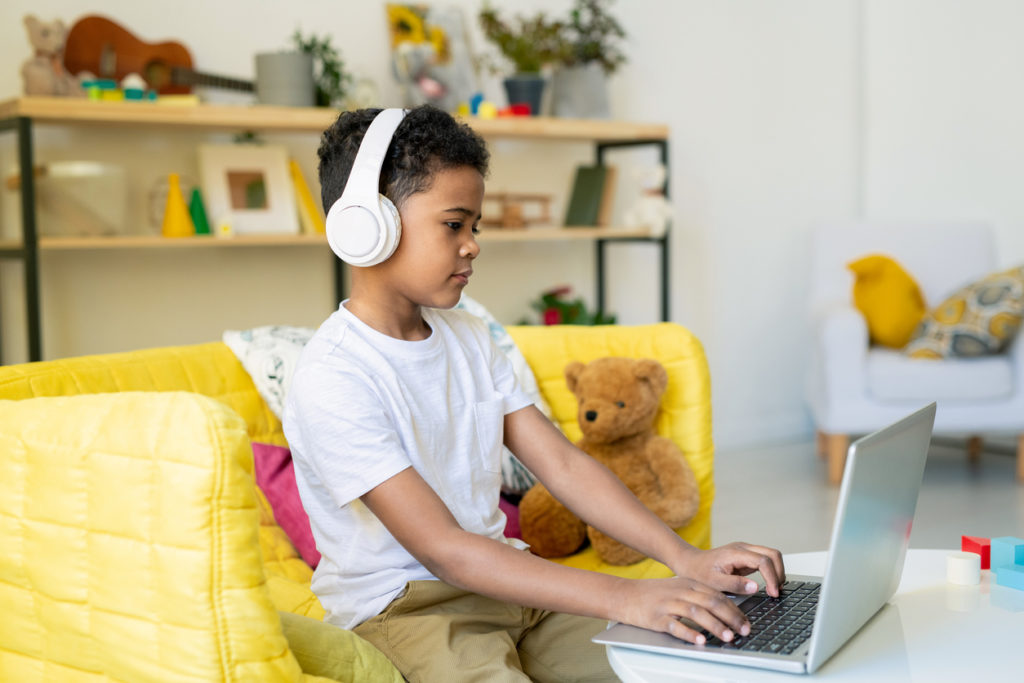 Internet no longer a luxury: Experts are calling for changes in national technology policy to bring greater economic opportunities to Black communities as COVID-19 amplifies the need to consider internet access a household necessity. 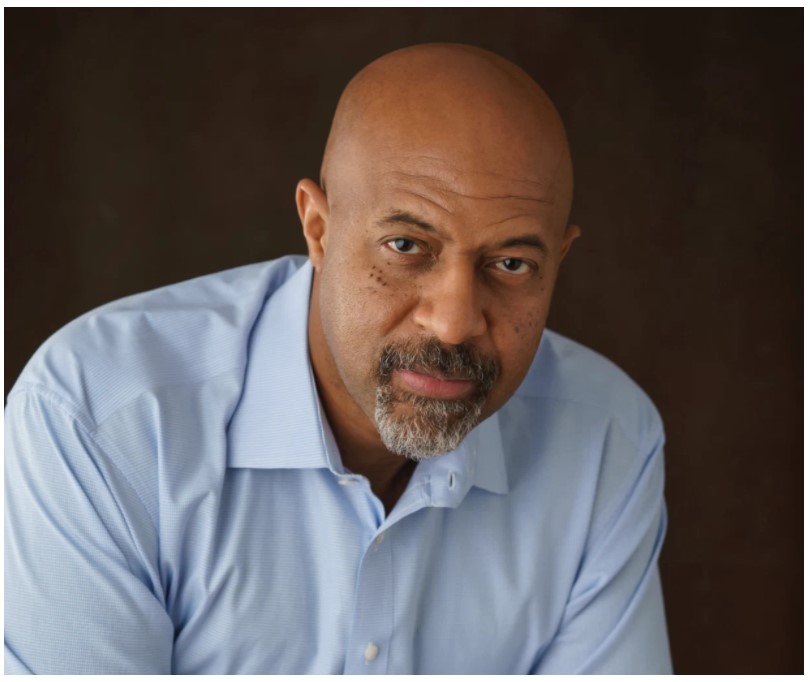 Color of Change President Rashad Robinson releases a statement addressing Facebook’s announcement to suspend President Trump’s Facebook and Instagram accounts indefinitely stating, “(t)he Biden-Harris administration and incoming Congress must create and enforce new rules to reign in the outsize power of Big Tech and hold companies like Facebook accountable for their role in harming Black communities and our democracy.”

Black Futures Lab launches a digital project to thank Black organizers for their dedication to engaging and registering Black voters in the Georgia Senate run-off elections.

The Transgender Law Center creates a digital care package that includes a guided meditation, poetry, music, and a short film.

A Historic Night in Georgia (The New York Times)