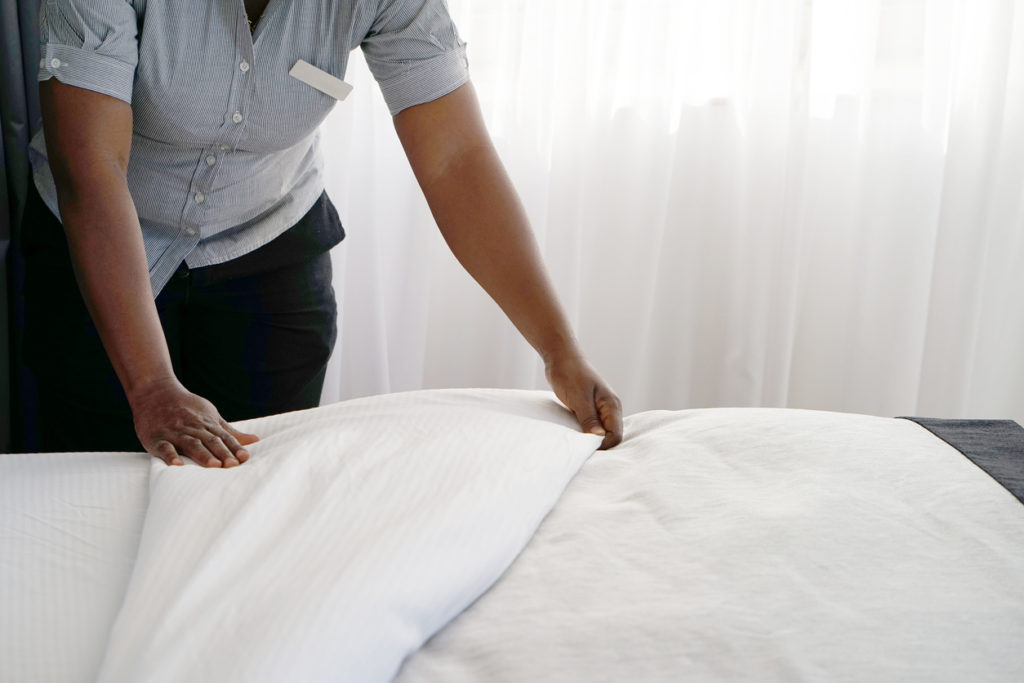 Overall, Black workers were just slightly less likely to be participating in the labor force in December than they had been in the previous month. According to the Bureau of Labor Statistics, Black worker labor force participation fell to 59.8 percent in December compared to 60.2 percent in November 2020 and 63.1 percent in February 2020. Because the unemployment rate only counts those workers who are actively looking for a job, the unemployment rate may fall when workers give up looking for work and are no longer counted as participants in the labor force.

But this data does not tell the entire story. As several outlets have noted, women bore the brunt of the job loss in December. In fact, Black women and Latinas actually lost jobs while white women gained jobs over the period. According to the Bureau of Labor Statistics, although the unemployment rate for Black women fell from 9 percent to 8.4 percent, Black women lost about 82,000 jobs in December, and the percentage participating in the labor force dropped from 60.4 percent to 59.5 percent. For Black men, the picture is slightly more positive, though far from rosy as Black men gained 81,000 jobs and held their labor force participation rate steady. Black men’s unemployment fell to 10.4 percent in December from 11.2 percent in November 2020 but remains higher than the 6.0 percent rate in February 2020.

Much of the difference in job loss by gender is likely related to Black women’s employment in industries with the highest job loss. For example, leisure and hospitality, an industry where Black people and women are over-represented, lost 498,000 jobs. Private education, local government excluding education, and state government education also lost significant numbers of jobs.

As many have pointed out, the COVID-19 pandemic hit the pocketbooks of Americans unequally. As Wharton School Professor Emeritus Bernard Anderson points out in the National Urban League’s ReMarc Newsletter, “…a disproportionate number of Black workers are concentrated in low-wage jobs and industries that are hardest hit by business shutdowns.” Policymaker hesitance to commit to sustained investments in people and their communities threatens the chance that Black households will recover as quickly as their counterparts of other races and puts a generation of Black communities in danger of falling further behind.