Due to this week’s holiday, the Joint Center is releasing an abbreviated roundup. We will resume our more robust roundup next week. 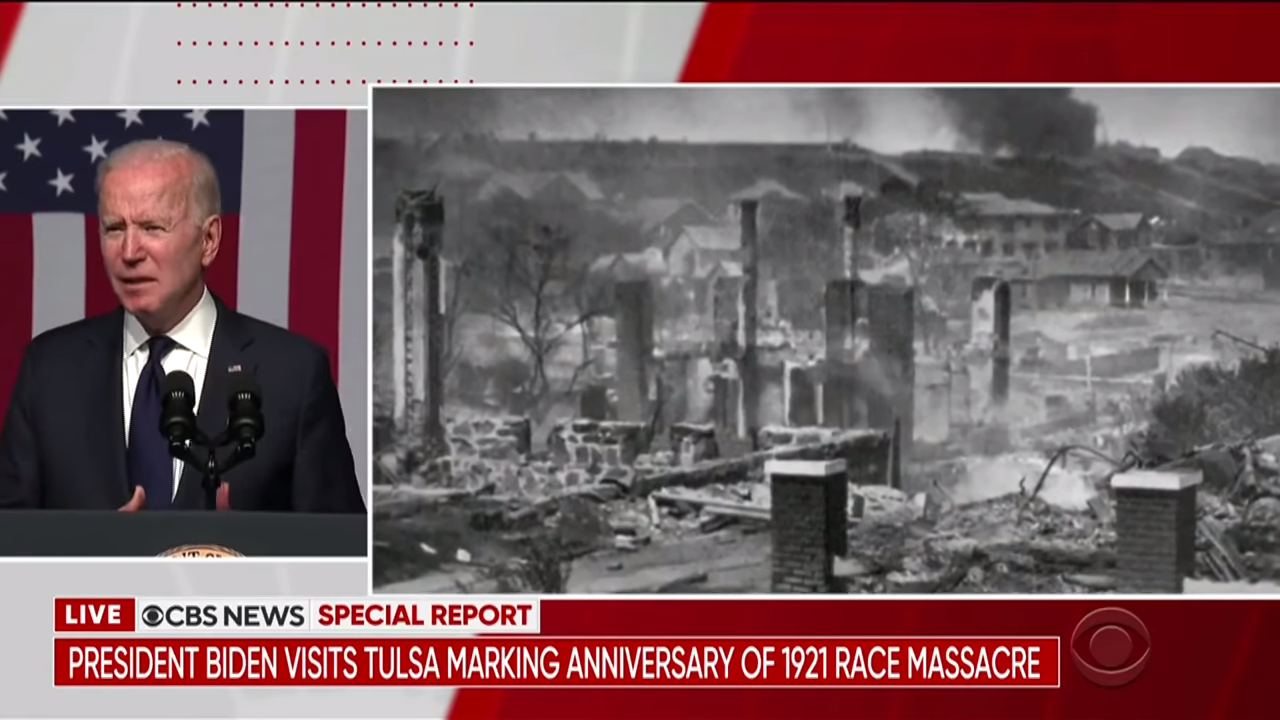 America’s atonement: On Tuesday—the 100th anniversary of the Tulsa Massacre—President Joe Biden became the first sitting president to visit Tusla, Oklahoma, and address the racially motivated mass killings of many African Americans and the destruction of the thriving community known as Greenwood or Black Wall Street. As a result of the violent act, African Americans suffered a massive financial setback of $1.8 million in property loss claims, or $27 million in 2020.

While victims of the 1921 attack have not received reparations, at the Tulsa Race Massacre Centennial, President Biden revealed his plan for racial equity, which includes taking “action to address racial discrimination in the housing market, including by launching a first-of-its-kind interagency effort to address inequity in home appraisals, and conducting rulemaking to aggressively combat housing discrimination,” using “the federal government’s purchasing power to grow federal contracting with small disadvantaged businesses by 50 percent,” and creating “jobs and build[ing] wealth in communities of color” through the American Jobs Plan. Read the full fact sheet on President Biden’s racial equity plan here.

Racial equity in the budget: In a press call, Office of Management and Budget Acting Director Shalanda Young told reporters that while racial equity isn’t a “line item” in President Biden’s budget for Fiscal Year 2022, it’s “built in” and they’ve “given clear direction to our agencies that they are to use that lens as they implement these programs.” She also noted that agencies “should be looking at racial equity with everything that they do” and “this is something that should be pervasive in how the government does its business.” See additional coverage of the call by The New York Times.

VP Harris to lead voting rights work: As voting rights are under attack in Georgia, Texas, and several other states, Vice President Kamala Harris was tapped to lead the White House’s effort to protect voting rights: “In the days and weeks ahead, I will engage the American people, and I will work with voting rights organizations, community organizations, and the private sector to help strengthen and uplift efforts on voting rights nationwide. And we will also work with members of Congress to help advance these bills,” she said. “Our Administration will not stand by when confronted with any effort that keeps Americans from voting.”

Black Music Appreciation Month: President Biden honors the influence of Black music and culture on the ‘American songbook’ by proclaiming June 2021 as Black Music Appreciation Month. This month is not only a celebration of Black artists whose musical expressions “paved the way for generations of musicians across all races, creeds, colors, religions, sexual orientations, and identities,” but also an opportunity to recognize and continue “eliminating barriers that Black creatives face in producing and maintaining ownership of their music and other creations.” 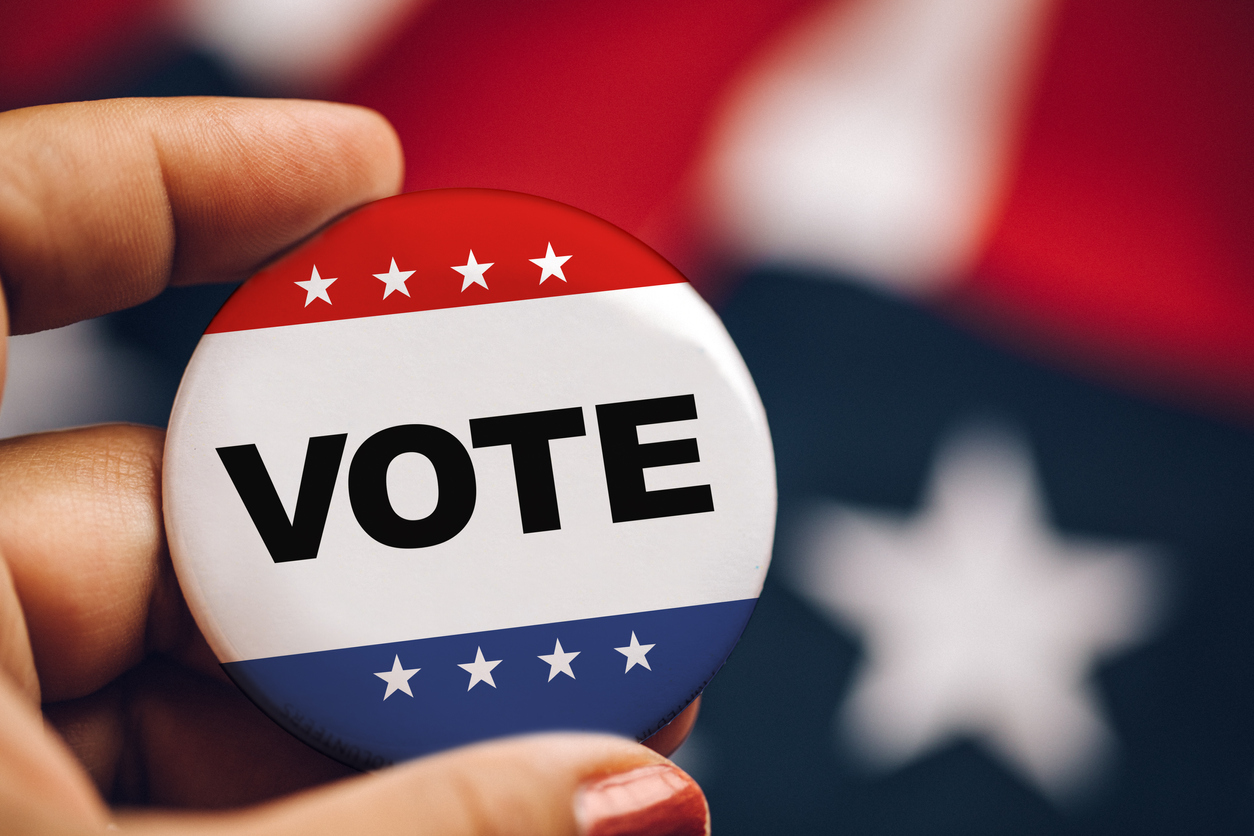 Tensions rise over voting rights: Democrats consider every possible option to pass the For the People Act (summary here) and prevent restrictive voting measures that would “empower the Republican Party to pursue a strategy of marginalizing Black and young voters.” While Democrats are “struggling to unite around a strategy” some recognize they have no “choice but to die trying to get across.” President Biden vowed to “fight like heck” to overcome Republican opposition and protect the right to vote for all Americans.

Democrats hint at Jan. 6 Capitol riot special committee: Last Friday, Republicans blocked an external investigation into the January 6 Capitol attack arguing investigative efforts as “duplicative” to “other ongoing investigations by Congress, the FBI, and other federal agencies.” Nonetheless, House Democrats are committed to “charge ahead” and honor“our responsibility to the Congress in which we serve and the Country which we love.” Speaker Nancy Pelosi (D-CA) strongly hinted at the creation of a special committee dedicated to investigating the Capitol attack. Leadership has yet to be signaled, but several names are floating around, including senior members of the Congressional Black Caucus.

#BlackHer and Liberation in a Generation are hosting the Black Women’s Economic Liberation Summit, featuring Black women leaders in wealth-building and economic justice.

Color of Change issues a petition to hold energy companies Peabody Energy, ExxonMobil, Chesapeake Energy, Chevron, and Contura Coal accountable for “proven harm of its pollutants that are gravely affecting the health of Black communities in the face of this pandemic.”

National Urban League announces their 18th Legislative Conference “bringing together members of Congress, elected state leaders, and community advocates from across the country” to discuss policy issues impacting Black communities in America. Events include plans for Black wealth expansion, closing the digital divide, and the future of work.

The Center on the Economics of Reproductive Health at the Institute for Women’s Policy Research release a new tool to amplify how policies restricting access to comprehensive reproductive health care are “costly to women and state economies.” 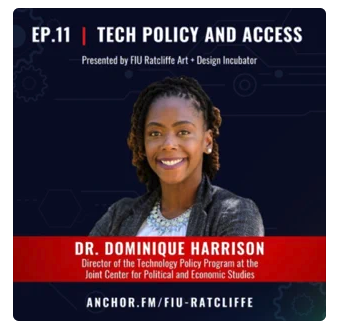 The Burning of Black Tulsa (The New York Times)