While a lack of consensus remains, Members of Congress continue to negotiate for a stimulus package. A bipartisan group of Senators continues to finalize the language of a $908 billion stimulus proposal, while Treasury Secretary Steven Mnuchin and Speaker Nancy Pelosi (D-CA) discuss a $916 billion package.

Wear the mask: As COVID-19 once again rages out of control, President-elect Joe Biden intends to ask all Americans to wear masks for the first 100 days of his administration, citing it as a major step in efforts to save American lives. 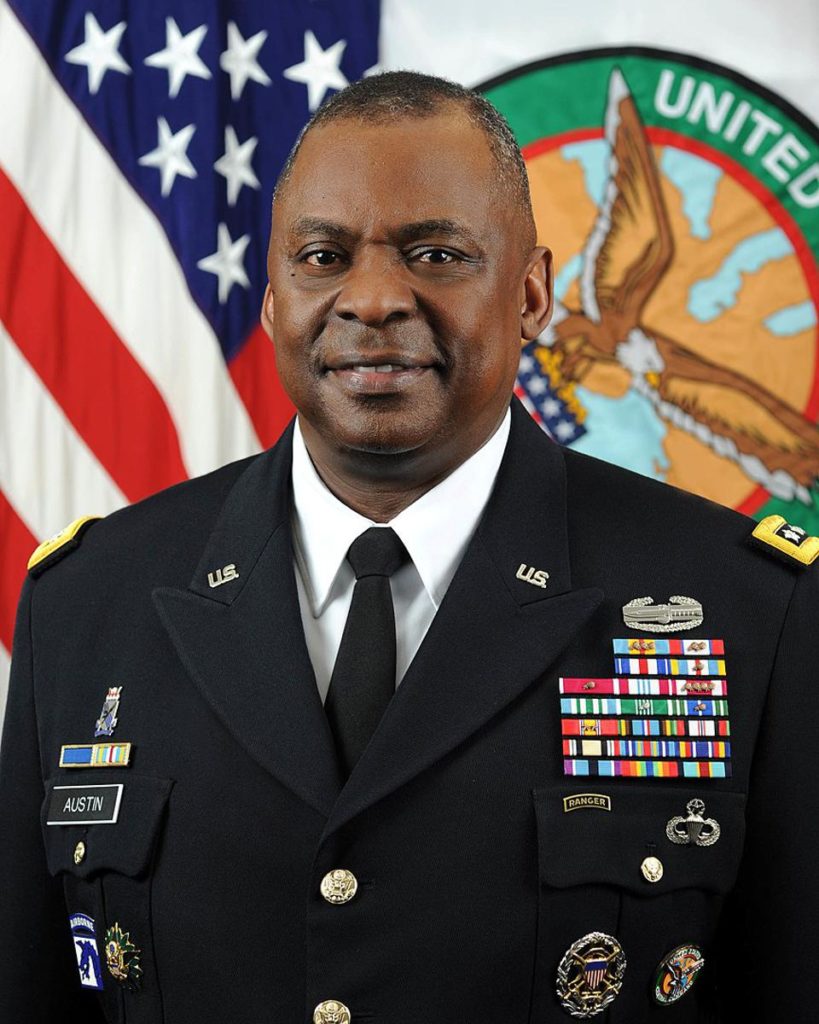 President-elect Biden nominates Lloyd Austin to lead Defense: President-elect Biden tapped Lloyd Austin to serve as Secretary of Defense, citing Austin’s “distinguished and trailblazing career” during his 41 years of service in the United States Army. Austin is a retired four-star U.S. Army General and the first African American general officer to lead an Army Corp in combat as well as the first to command an entire theater of war. If confirmed, he would serve as the first African American to lead the Department of Defense. The media reports that Austin may face challenges during the confirmation process because as a former military officer he needs a congressional waiver to assume the position, and because some Democrats wanted Michele Flournoy to be nominated to be the first female Defense Secretary. The Joint Center and many others submitted Lloyd Austin’s name to serve as Defense Secretary, and several Black organizations are issuing statements in support of Lloyd Austin, including the Congressional Black Caucus and the NAACP. 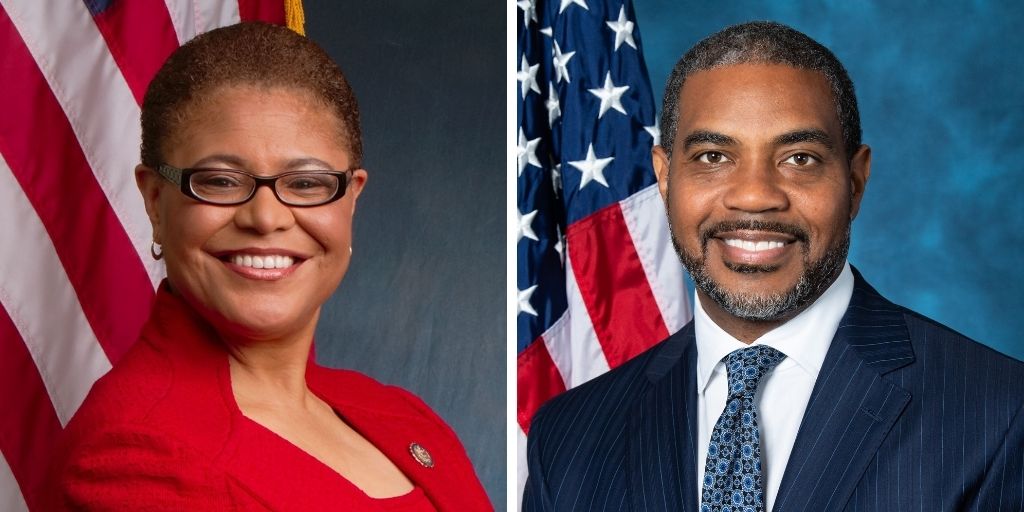 CBC supports Austin’s appointment: The Congressional Black Caucus released a statement urging their colleagues to support Lloyd’s appointment as Secretary of Defense. CBC Chair Karen Bass (D-CA) said Austin is “a trusted and crisis-tested leader who has broken barriers in his historic ascent to the highest ranks of the military.” CBC First 100 Days Transition Task Force Chair Steven Horsford (D-NV) called Austin the “best person to carry out the Biden-Harris administration’s military and defense strategy” and said the “Congressional Black Caucus has the utmost confidence that Lloyd Austin will be the Defense Secretary that our country needs right now.” 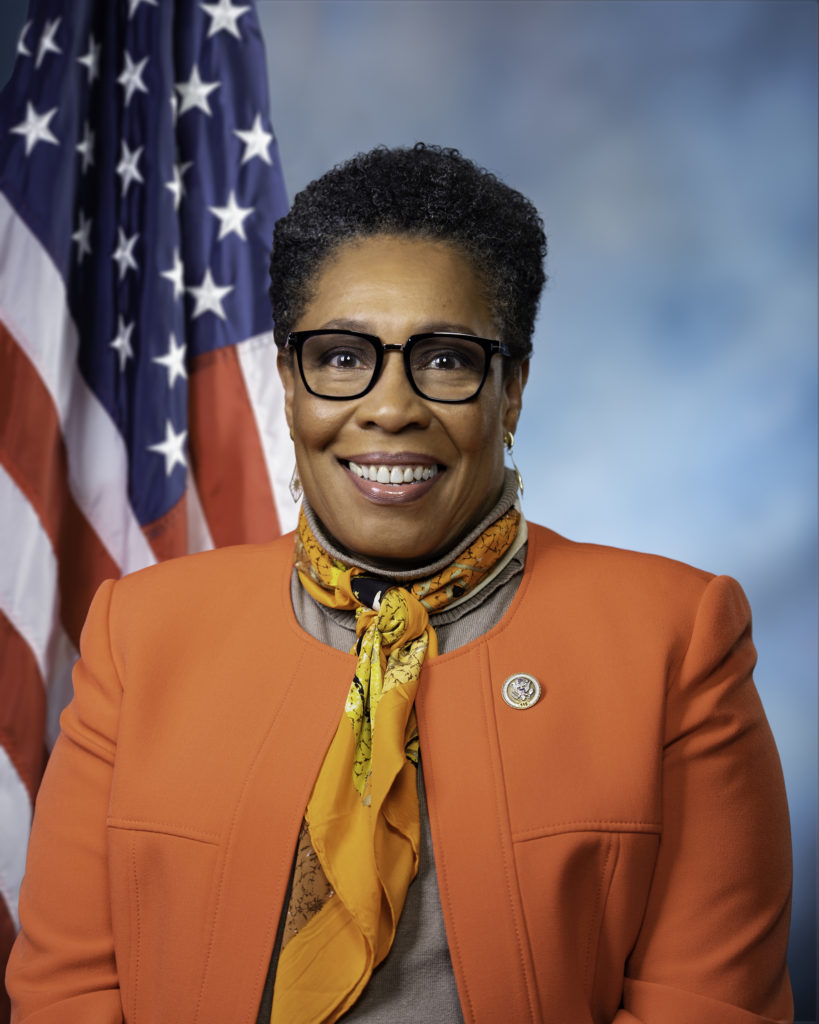 Fudge at HUD, Vilsack at Agriculture: President-elect Biden selected Congresswoman Marcia Fudge (D-OH) to serve as Secretary of Housing and Urban Development. Congresswoman Fudge, an outstanding addition to the Biden cabinet, most recently spoke to the Joint Center in July. Biden’s announcement comes despite efforts by the Congressional Black Caucus and many other Black organizations to persuade the President-elect to appoint Fudge to the top role at the US Department of Agriculture. President-elect Biden announced that he would instead nominate former Agriculture Secretary Tom Vilsack to that position for a second time, despite concerns that during his earlier term Vilsack unfairly ousted Shirley Sherrod, a civil-rights icon in Georgia who was the former Georgia State Director of Rural Development for the USDA. Politico reports that “Black farmers, civil rights advocates seething over Vilsack pick,” and some have expressed concerns that the selection of Vilsack could jeopardize Democratic efforts to control the U.S. Senate by dampening Black turnout in the upcoming Georgia runoff elections. 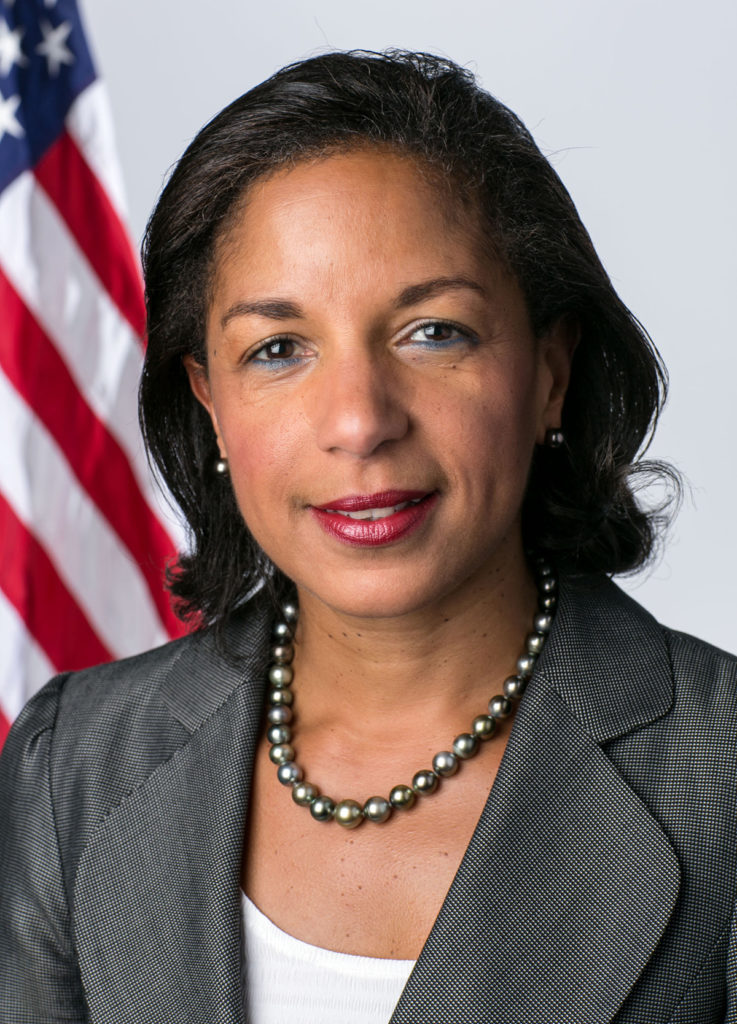 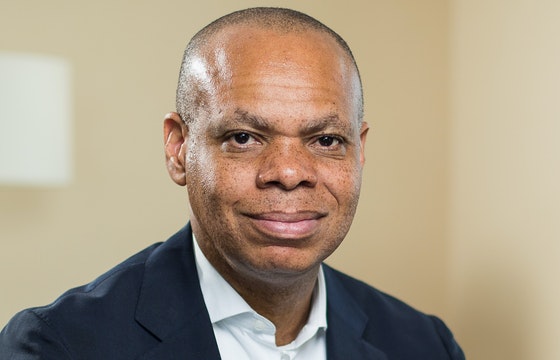 New York Times reports Patrick Gaspard as the leading Labor Secretary candidate: Gaspard, a former Ambassador to South Africa, has a deep background in labor organizing at the Service Employees International Union. Gaspard was the recipient of the NAACP’s prestigious Spingarn Medal in 2019, and is currently president of Open Society Foundations. (Disclosure—the Joint Center is an OSF grantee).

Advancing Black leadership: Joint Center alum Dr. Nicol Turner Lee, the Director of the Center for Technology Innovation at Brookings, outlines four steps needed to nominate more Black appointees to key positions in the Biden administration, which organizations like the NAACP, the Congressional Black Caucus, and others are advocating. Steps include creating an Office of Diversity and Inclusion in the White House and not relegating Black appointees to positions typically set aside for them, such as Secretary of HUD, Education, Transportation, or Veterans Affairs.

Bypassing Trump on Section 230: Congress, including members of the GOP, dismissed an eleventh-hour veto threat from President Trump as they moved forward on the National Defense Authorization Act, resisting Trump’s effort to repeal Section 230 (which grants social media companies immunity from content created by users). However, the Trump administration continues to pursue its repeal. The Joint Center testified before Congress on this issue in October.

Pardon me: Despite the concerns of fellow Republicans, President Trump began floating the idea of preemptively pardoning political aides and associates prior to leaving office, including members of his family serving in his administration. 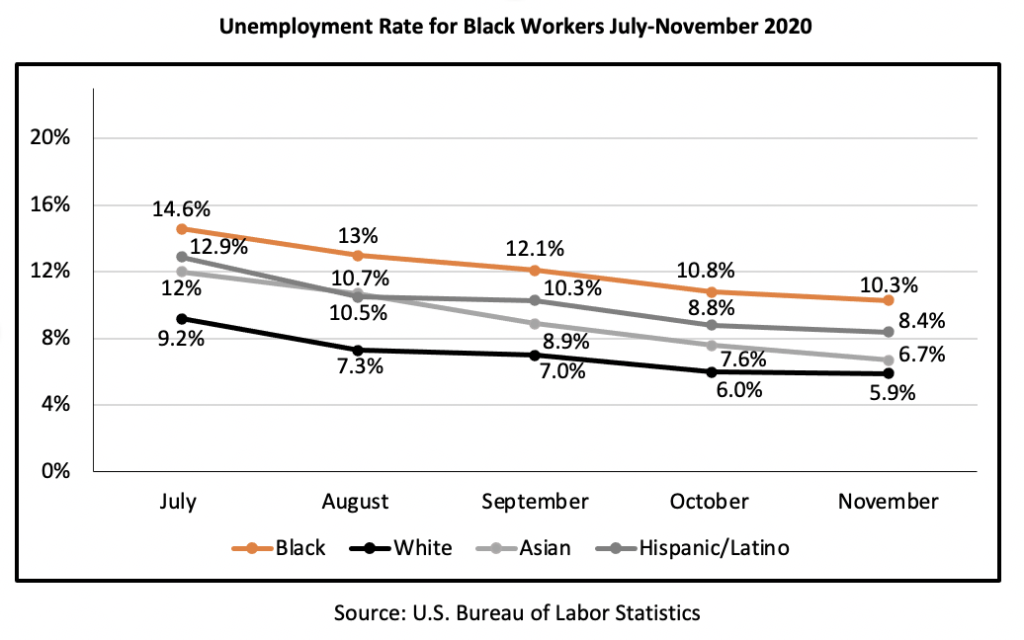 Unemployment highest for Black workers: At 10.3 percent, the November unemployment rate for Black Americans was the highest of all racial groups. The rate was 8.4 percent for Latina/os, 6.7 percent for Asians, and 5.9 percent for whites.

Biden should support Black women: Citing the critical role that Black women played in President-elect Biden’s victory, Dēmos calls on the Biden administration to act on the disproportionate job displacement Black women have faced during the coronavirus crisis. Black women have recovered only 34 percent of jobs lost since the pandemic hit, compared with 61 percent of white women.

Job growth stalls: The overall unemployment rate was 6.7 percent in November, down from 6.9 percent in October. Despite the slight decline, November saw the slowest job growth since May, a pace that has economists predicting the economy will not rebound until 2024.

Hardship continues: In mid-November, nearly half (49 percent) of Black adults said it was somewhat or very difficult to pay usual household expenses, nearly twice the rate of white adults (28 percent), leading the Center on Budget and Policy Priorities to press Congress to pass substantial COVID-19 relief.

Protecting homeowners and workers: A targeted approach is needed to reach Black and Latina/o homeowners who have not applied for mortgage forbearance and are at risk of foreclosure, argues the Urban Institute. The Urban Institute also released a report documenting the risk of coronavirus exposure at work by race and how to better protect workers and their families.

Public-sector jobs on the chopping block: The effect of pandemic-induced state budget cuts will likely fall more heavily on women and Black workers given their greater reliance on public-sector jobs, according to the New York Times. 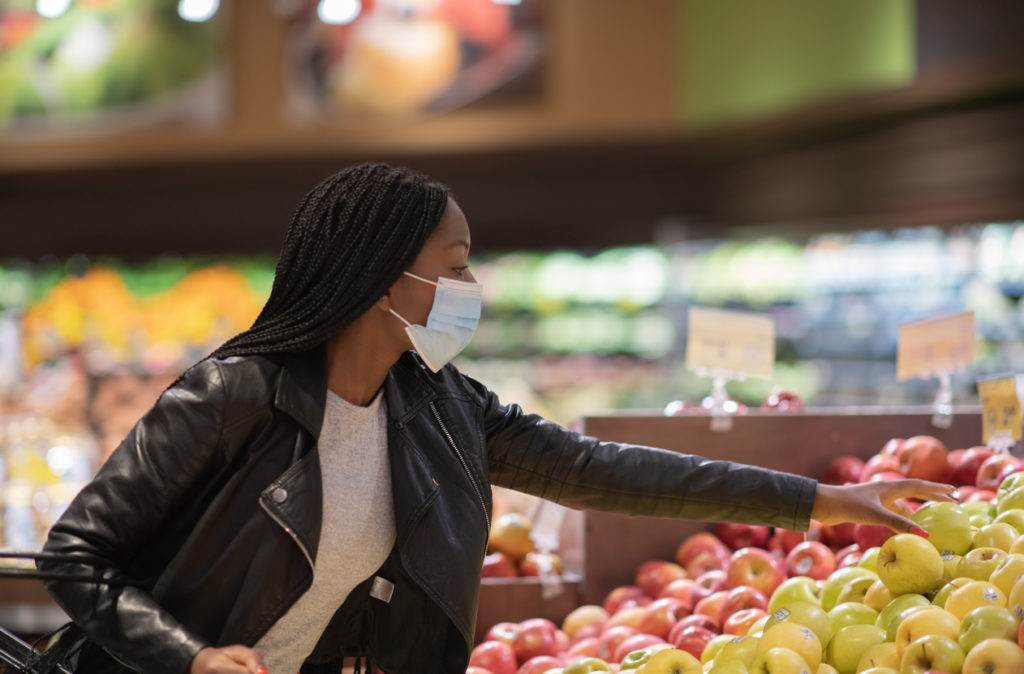 Not everyone can avoid crowds: Grocery stores, restaurants, gyms, coffee shops, hotels, and places of worship are among the highest-risk places for coronavirus, particularly for low-income people and people of color, who are less able to stay home and avoid crowded places, according to a study in the journal Nature.

Undocumented workers need support: Undocumented immigrants, 93 percent of whom are people of color, should be given a pathway to legal status to speed recovery and fight the pandemic, argues the Center for American Progress, given that their higher exposure to COVID-19 and their ineligibility for health care and other supports add to the risks.

Worker safety first: Fourteen states have adopted comprehensive worker safety protection policies in the wake of COVID-19, the National Employment Law Project reports, noting that although all workers are at risk of illness, Black and Latina/o workers and other workers of color, including immigrants, are more likely to be in frontline jobs.

Shorter quarantine: The Centers for Disease Control and Prevention (CDC) now recommends a shorter quarantine of 10 days, not 14, for people exposed to the coronavirus and only 7 days for those who test negative. A CDC panel also recommends that health workers and nursing home residents be the first to receive COVID-19 vaccines.

Vaccine distrust has many sources: Black adults are skeptical of vaccines for a range of reasons, including fears of being “guinea pigs” and the belief that pharmaceutical companies are more driven by profit motives than a commitment to public health. Only 32 percent of Black adults say they would definitely or probably take a COVID-19 vaccine. 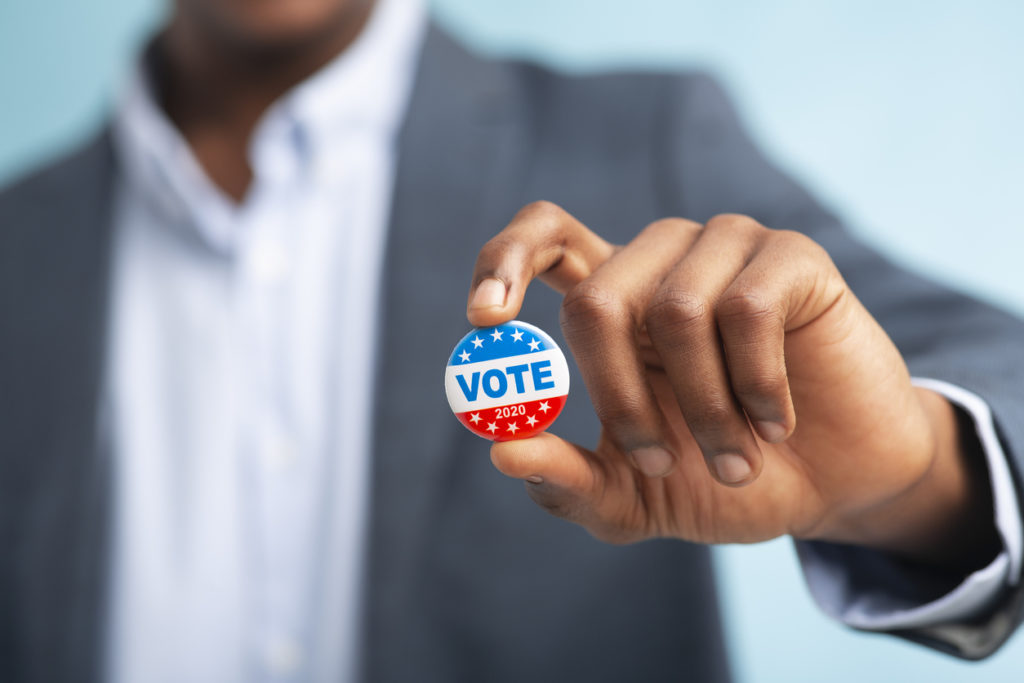 Color of Changes issues a petition to Congress urging lawmakers to include universal basic income in any upcoming COVID-19 relief package.

Congressional Black Caucus Chair Karen Bass (D-CA) congratulates the members of the Executive Committee for the 117th Congress: “the CBC has an enormous opportunity under the Biden-Harris Administration to restore faith in our democracy and show Black Americans the power of their vote. We look forward to the work ahead on behalf of Black America.”

Project South plans a virtual family reunion and Black radio showcase to find joy in survival over the past year and recognize and honor those we have lost.

The NAACP’s Civic Engagement Program launches a Georgia run-off campaign that includes voter registration details, volunteer information, and a recap of what’s at stake in the upcoming run-off election.

The Leadership Conference on Civil and Human Rights launches a resource that highlights priority initiatives for the incoming Administration and Congress including a summary of transition priorities in the first 100 days of the Biden-Harris Administration, personnel recommendations, and civil rights rollbacks.

The NAACP Legal Defense and Educational Fund, Inc., All Voting is Local Georgia, Campaign Legal Center (CLC), and the Southern Poverty Law Center Action Fund sent a letter to Georgia Secretary of State Brad Raffensperger urging the removal of all barriers to the ballot ahead of the January 5 runoff elections.

Student Wellbeing During the Fall Term (Inside Higher Ed)

The Debate Over Reopening Colleges (Future U Podcast)