Vice President Harris criticizes new Texas voting law: Vice President Kamala Harris called the new Texas voting law signed by Gov. Greg Abbott “one of the most restrictive in the nation” and noted that “[t]he bill limits the options that enabled a historic number of Texans, especially citizens of color, to vote safely in our last election.” Vice President Harris also called on the Senate “to protect the voting rights of all Americans by passing the For the People Act and the John Lewis Voting Rights Advancement Act.” 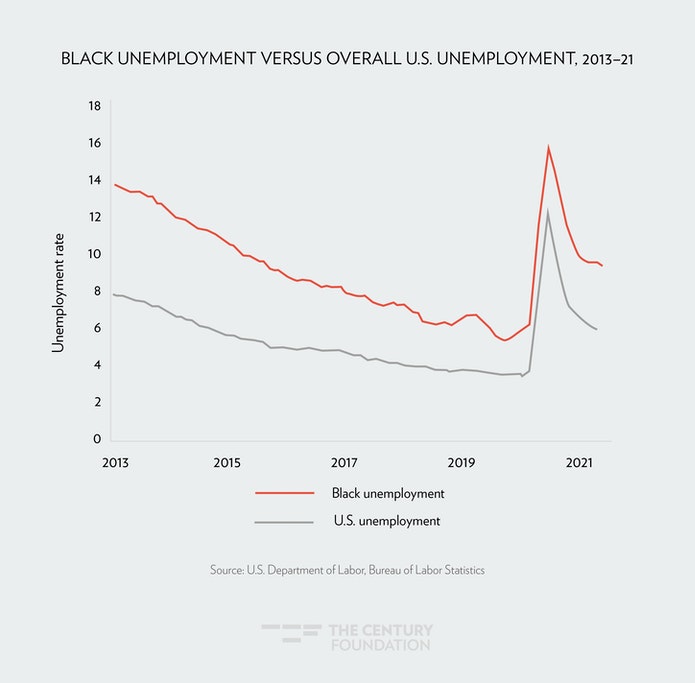 Hurricane Ida deepens climate change and infrastructure concerns: On Tuesday, President Biden visited Queens, NY and Manville, NJ to view the destruction from Hurricane Idataking 43 lives in New York City and New Jersey, many of whom were found in flooded basement apartments which often serve as relatively affordable homes in one of the country’s most expensive housing markets. According to The Guardian, it’s “people with low incomes and people of color who make up the majority of basement apartment residents.” Similar to Hurricane Sandy in 2012, Hurricane Ida “reflected the extent to which the sheer volume of rain simply overwhelmed the infrastructure of a region built for a different meteorological era.” In a press conference this week, President Biden spoke to climate change as an “existential threat to our lives, to our economy” and emphasized the role infrastructure plays in building back better as lives and livelihoods were “interrupted once again.”Black people make up 24.3 percent of the population in New York City and 15.1 percent of the population in New Jersey.

President Biden to appoint Dr. Tony Allen as the Chair of the President’s Board of Advisors on Historically Black Colleges and Universities: President Biden announced his intent to appoint Dr. Allen yesterday. Dr. Allen served as President of Delaware State University—an HBCU—since January 2020 after serving for three years as Provost and Executive Vice President there. The Board “will advance the goal of the HBCU Initiative, established by the Carter Administration, to increase the capacity of HBCUs to provide the highest-quality education to its students and continue serving as engines of opportunity.” In June, several HBCU and MSI leaders urged President Biden to select the executive director of the White House Initiative on HBCUs. (See more information in a previous Joint Center roundup)

An update on the $3.5 trillion budget package: Washington Post reports that for the next few days Democratic lawmakers are “tasked with assembling a bill that can satisfy their past promises to remake broad swaths of the American economy” including expanding Medicare, investing in ways to combat climate change, raising taxes on “the wealthy,” and boosting “federal programs that aid low-income families and children.” Through a process called budget reconciliation, Senate Democrats will only need a majority vote to pass the package (rather than the typical 60 votes), however, Senator Joe Manchin III (D-WV) has voiced opposition to the $3.5 trillion price tag. If Senator Manchin votes against the bill, Senate Democrats (who have 50 seats in the Senate) may lose the majority vote. Prior to the vote, Speaker of the House Nancy Pelosi (D-CA) “repeatedly insisted the House would not vote on the infrastructure bill until the Senate passes the larger spending package,” reports NPR. However, Democratic leaders offered a compromise by adding the ​​budget vote into “a procedural measure and add[ing] a provision specifying that the House would vote on the infrastructure bill by Sept. 27.” 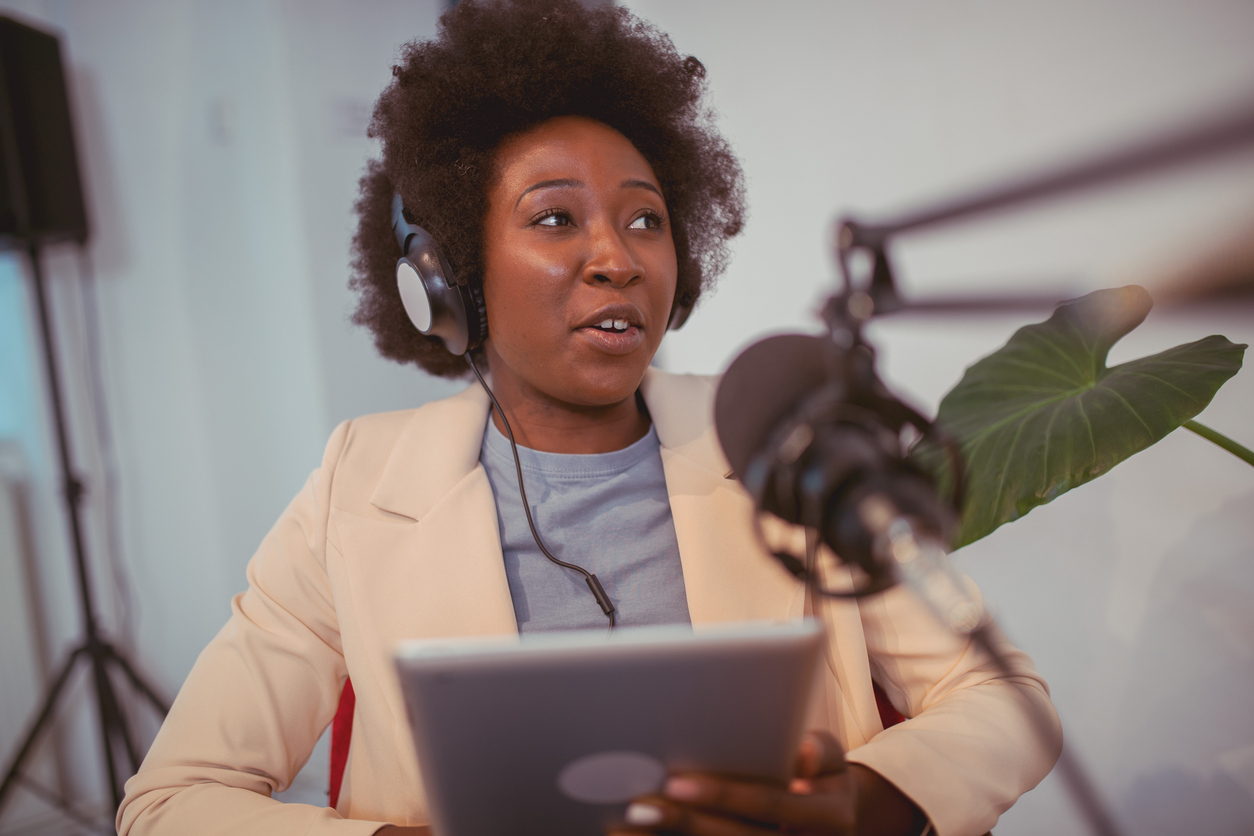 CBC Member’s call on FCC to address history of racism: Over the summer, Congressional Black Caucus Members Congressman Jamaal Bowman (D-NY), Congresswoman Yvette Clarke (D-NY), and Congresswoman Brenda Lawrence (D-MI) called on the FCC to “address its history of racism and immediately initiate a more holistic proceeding to redress the harm the agency’s policies and programs have caused Black and Brown people.” Last Friday, the FCC released its fifth report on the ownership of broadcast radio and television stations in the U.S revealing “a dearth of broadcast-station ownership by Black people.” In 2019, only 1.3 of U.S. full-power commercial TV stations were Black-owned, only 2 percent of commercial FM stations were Black-owned, and Black AM radio ownership improved slightly to 3.3 percent. Recent insights from the Joint Center’s tech policy program delve into the urgency of platform accountability and better media representation to prevent misinformation and disinformation that harm Black communities.

Senate Bill 8 and Black communities: Advocacy strategist with the American Civil Liberties Union of Texas responds to Senate Bill 8 and Texas Republican leadership noting the brunt of this legislation will “fall on our Black and brown communities and our poor communities the most” who face more financial struggles to leave Texas and get an abortion. According to research from the Brookings Institution, “unintended pregnancies hold people back from completing their education and getting and keeping jobs and even lead to poor health and economic outcomes for the children.” A2020 poll from Gallup finds that Black Americans have become more supportive of abortion rights over the past decade, but remain more conservative than their fellow Democrats. Black Democrats’ attitude toward abortion as “legal under any circumstance” has shifted from 27% to 35% from 2001-2007 to 2017-2020.

The Hill profiles Congresswoman Cori Bush: In the piece, The Hill calls Congresswoman Bush (D-MO) a “progressive standout” as she joined activists in Ferguson, MO after the police killing of Michael Brown in 2014 to Capitol Hill “where she slept outside for days demanding that Congress pass legislation to extend an eviction moratorium” last month.

Coffee, Hip-Hop, and Mental Health—a Chicago coffee shop—focuses on mental health to make sure its customers have a space to “break the stigma around mental health” for Black Chicagoans. The owner, Christopher LeMark, donates every hip-hop inspired drink sold to help fund free therapy sessions for individuals in need.

Color of Change issues a petition to Airbnb, VRBO, Marriott, IHG, Best Western, Hilton, Hyatt, and Extended Stay to house the survivors of Hurricane Ida at no cost.

National Black Worker Center organizes Black Labor Day, an annual event “that recognizes those Black laborers in our country who have not only built its foundation, but continue to be the stronghold of the American economy.”

What does back-to-school look like during COVID-19? (Brookings Institution)