Hurricane Ida leaves millions without power: Hurricane Ida hits the Gulf Coast as a Category 4 hurricane causing $50 billion or more in total damage in Louisiana and leaving the entire New Orleans metropolitan area without power on the 16th anniversary of Hurricane Katrina. New Orleans and the rest of the region are now under a heat advisory as the hardest-hit areas may experience power outages for weeks. President Biden has committed the “full weight” of the federal government to provide resources and support to restore power, approved a Major Disaster Declaration for Louisiana, and met with CEOs of the largest utilities in the Gulf Coast to discuss Hurricane Ida’s “destructive power” and how infrastructure investments are “a lifeline for communities across the impacted region.” Black residents make up 32.8 percent of Louisiana’s population; in New Orleans where centralized power outages exist, Black residents make up 59.5 percent of the population. 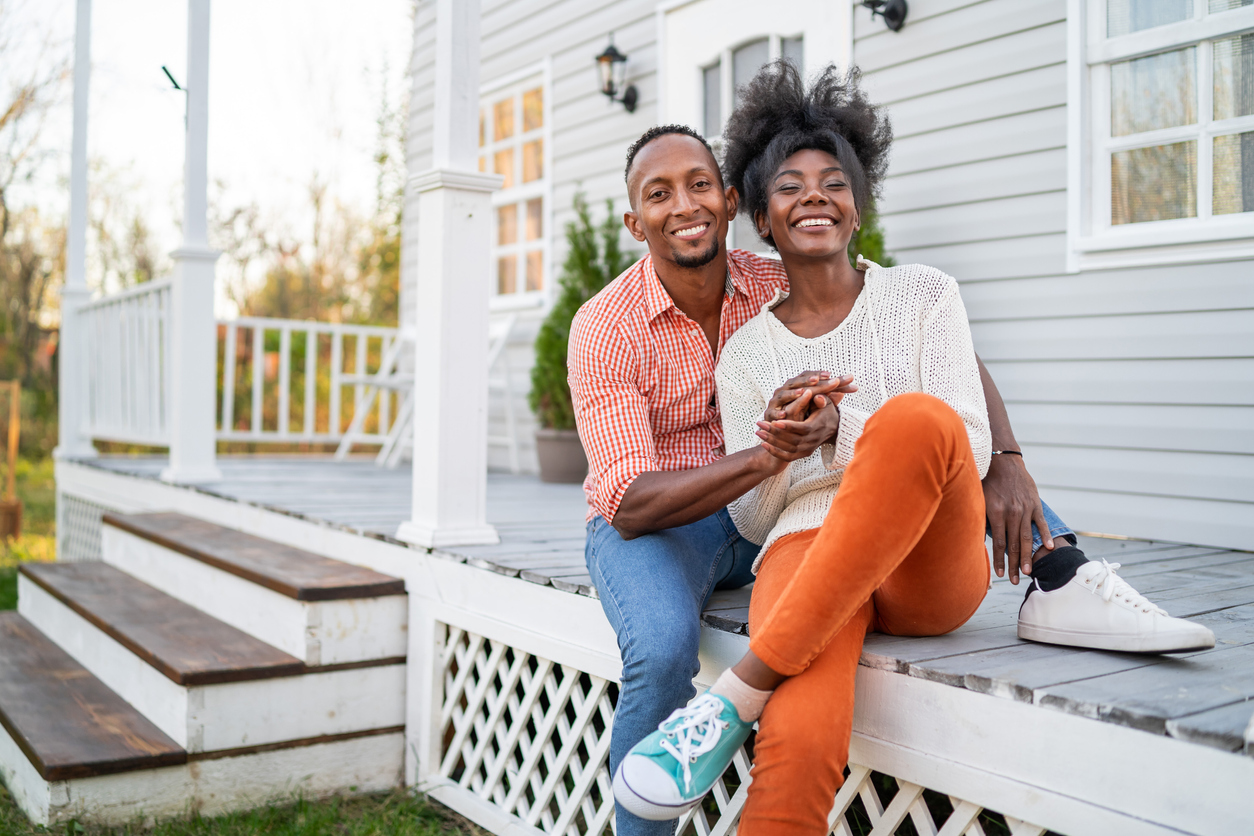 President Biden criticizes Texas law SB8: On September 1, Texas law SB8 (summary here) went into effect, outlawing abortion as early as six weeks into a pregnancy and allowing “private citizens to bring civil lawsuits against anyone who provides an abortion after six weeks or helps a woman access the procedure.” President Biden condemns the Texas law saying it “blatantly violates the constitutional right established under Roe v. Wade” and “will significantly impair women’s access to the health care they need, particularly for communities of color and individuals with low incomes.” According to the ACLU, “the impact of SB8 will be especially hard on Black women, who disproportionately suffer from the severe maternal mortality crisis in Texas” and are 3.5 times more likely than white women to die of a maternal health complication.

Pay raise for federal employees: On Friday, President Biden announced plans to give federal employees an average 2.7 percent pay raise effective on or after January 1, 2022. If Congress enacts different rates, those numbers will take precedence, but it is unlikely the Democratic-controlled Congress will push for lower rates than President Biden’s. According to the Washington Post, the raise would apply to executive branch employees, but not to the more than 600,000 U.S. Postal Service workers, 21 percent of whom are Black. Black people account for 17.5 percent of federal employees.

Congresswoman Lee on Afghanistan withdrawal: Congresswoman Barbara Lee (D-CA), who was the “only Member of Congress to vote against the authorization of use of force that led to U.S. troops being in Afghanistan” in 2001, said she “strongly support[s] President Biden’s decision to withdraw from Afghanistan and end this forever war.” 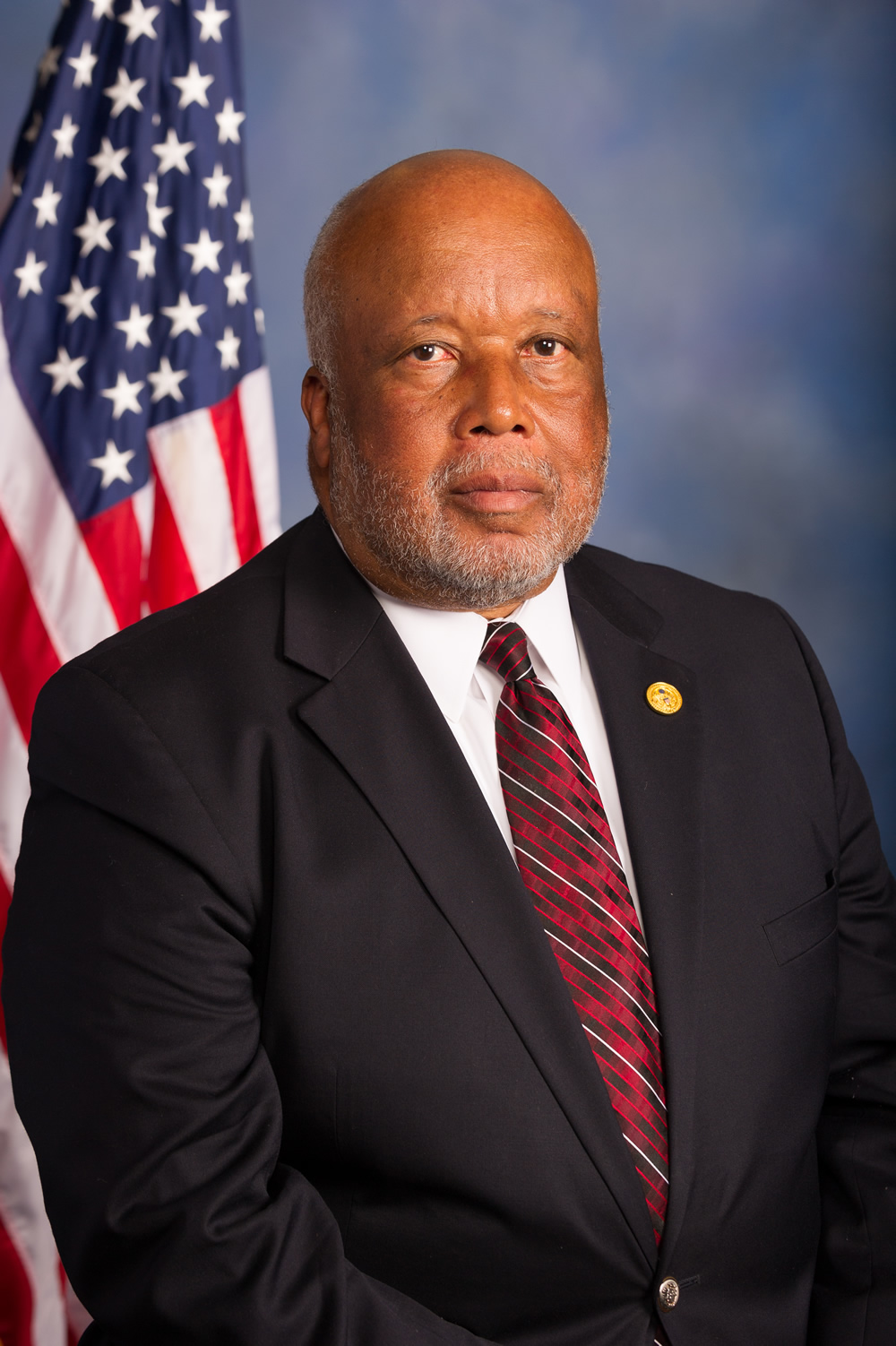 Jan. 6 select panel requests phone records from telecommunication companies: Congressional Black Caucus Member Congressman Bennie Thompson (D-MS)—chair of the select panel probing the Jan. 6 insurrection—asks several phone companies for specific individuals’ records, including metadata, text messages, and emails, from April 1, 2020 to Jan. 31, 2021, some of whom may be fellow lawmakers. While Congress has “long had power to police its own members” the Ethics Committee has “rarely taken steps” to directly ask to see Members’ communication records. Democrats make clear they view their request as a “warranted response.”

Black leaders call for end of filibuster at DC rally: During a voting rights rally, President Biden and Senator Joe Manchin were “singled out” by members of the Congressional Black Caucus and civil rights leaders who called on them to end the filibuster. Congressman Mondaire Jones (D-NY) said “[w]e need the White House to get involved and say we’ve got to get rid of this Jim Crow filibuster” and Rev. Al Sharpton said President Biden needs to “pick up the phone and call Manchin and the others, and tell them that if they can carve around the filibuster to confirm Supreme Court judges for President Trump, they can carve around the filibuster to [pass] voting rights for President Biden,” reports Roll Call. Congressional Black Caucus Chair Joyce Beatty (D-OH) and Congresswoman Nikema Williams were also in attendance. In April, House Majority Whip James Clyburn (D-SC) criticized Senator Manchin, noting that “it’s more important to maintain a relationship with the minority in the US Senate than it is for you to maintain a relationship with the minority of voters in America.”

Members of Congress mobilize after Supreme Court votes against eviction moratorium: After the Supreme Court found the Biden administration’s recent eviction moratorium to be unconstitutional, as many as 6.4 million households are facing the possibility of eviction, according to the Washington Post. House Majority Whip James Clyburn (D-SC) “calls on states to speed up delivery of emergency rental assistance.” Congresswoman Cori Bush (D-MO), who urged President Biden to take action by reissuing its eviction protections, said she is working on legislation to combat this issue. Congresswoman Bush also joined Congresswoman Barbara Lee (D-CA), Congresswoman Ayanna Pressley (D-MA), and over 60 of their House colleagues in signing a letter urging Speaker of the House Nancy Pelosi (D-CA) and Senate Majority Leader Chuck Schumer (D-NY) to “pass legislation to extend the federal eviction moratorium for the duration of the pandemic.”

The Harlem Hellfighters to receive a Congressional Gold Medal: President Biden signed the Harlem Hellfighters Congressional Gold Medal Act, awarding the Black infantry unit the “most vaunted symbol of appreciation to the World War I unit.” More than 100 years after the surviving members came home to racism and “a country that largely ignored their contributions to the war effort,” the Hellfighters will receive national recognition. The medal will be given to the Smithsonian. 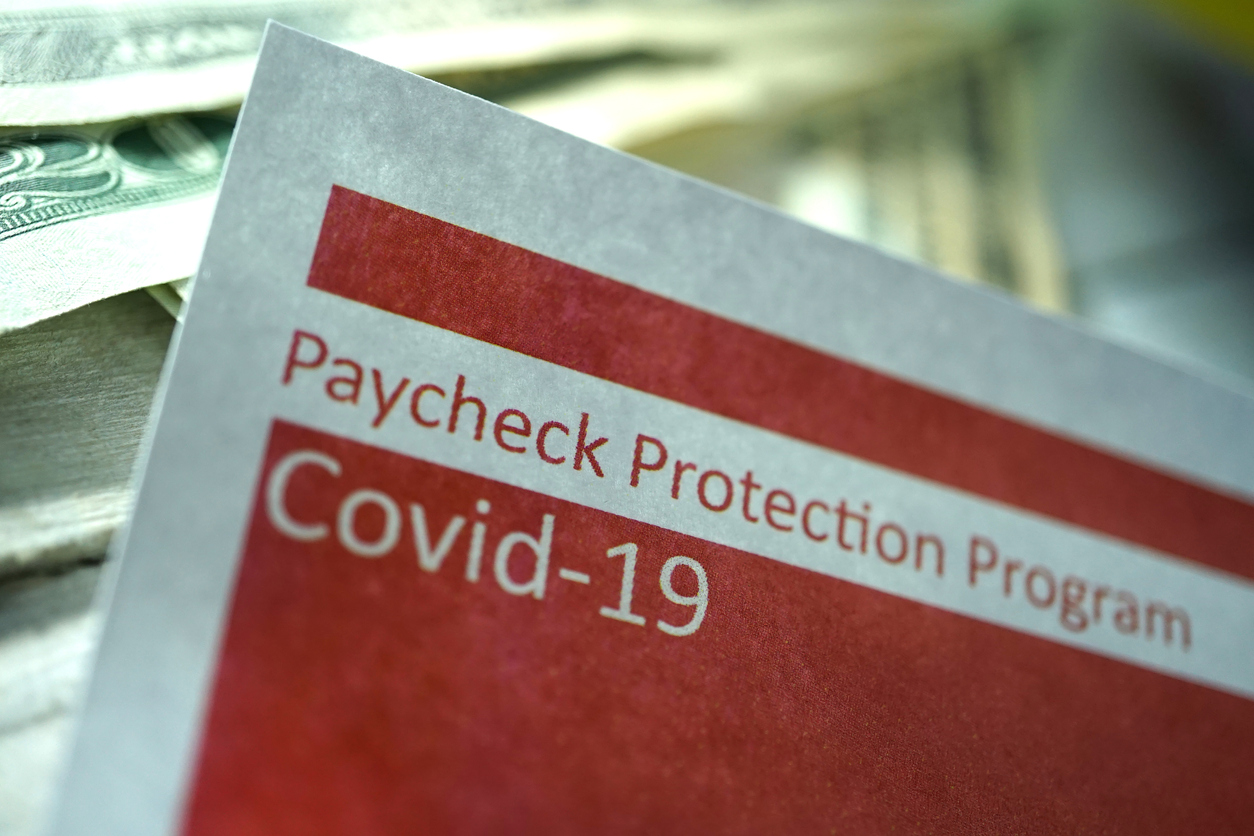 Banks renege on PPP loan forgiveness: At least three major banks will not participate in a process allowing small businesses who took out Payroll Protection Program (PPP) loans under $150,000 to seek forgiveness directly through SBA, Intercept reports. According to the SBA, lenders representing half of all PPP loans to small businesses have opted into the forgiveness process.

Fintechs ok’d more suspicious loans: Nine of the ten lenders with the highest rates of suspicious PPP loans were financial technology (fintech) firms, according to a study released by the University of Texas at Austin. The report cited nearly 1.8 million questionable loans, collectively valued at $76 billion, Bloomberg reports.

$5.8B in student loans forgiven: The Biden administration has granted automatic federal student loan forgiveness to more than 323,000 people who are severely and permanently disabled, bypassing a cumbersome application process. The loans forgiven total $5.8 billion, according to the Washington Post.

Mortgage denied: An analysis of more than 2 million home mortgage applications in 2019 by The Markup reveals that lenders were 80 percent more likely to reject Black applicants than similar white applicants.

Assessing corporate equity investments since George Floyd’s murder: Of the nearly $50 billion pledged by America’s 50 largest corporations and foundations to address racial inequality since the murder of George Floyd, more than 90 percent is in loans and investments from which the corporations stand to profit, the Washington Post reports. Approximately $70 million went to organizations specifically focused on criminal justice reform.

Broadband’s DC home: The National Telecommunications and Information Administration (NTIA) has established two new offices to house broadband activities and collaborate with stakeholders, including Historically Black Colleges Universities (HBCUs). The new offices are the Office of Internet Connectivity and Growth, and the Office of Minority Broadband Initiatives.

Tech glitches handicap broadband subsidies: The failure of the Lifeline National Verifier to consistently validate eligibility for the Emergency Broadband Benefit subsidy is preventing millions of low-income Americans from affordably accessing the internet, Public Knowledge reports. The author states that in order to fix this problem, “Congress must step in by enacting legislation to require that any agencies that have data share it with USAC in a timely manner, and to clarify that data sharing for verification purposes is legal.”

Facebook considers election watchdogs: Facebook is said to be considering forming a global election commission to advise on election issues, including the “viability” of political ads and approaches for dealing with election-related misinformation. During the 2016 and 2020 presidential election Russian operatives used Facebook’s platform to spread disinformation that specifically targeted African Americans. “Whatever decisions Facebook makes [will] have global implications” on voters and elections, New York Times reports.

AI cannot parse the double bias of being Black and a woman: Ayanna Howard, dean of the College of Engineering at Ohio State, explains how artificial intelligence systems are not built to address bias against “intersectional” groups within organizations—that is, those who may experience bias across multiple attributes, such as both race and gender.

More Black students, less revenue: Public colleges and universities with the highest shares of Black and other students of color received less public funding per student, even as their tuition increased, a new report on racially inequitable funding from 2006-2018 reveals. The disparities were most pronounced at institutions—especially community colleges—that primarily educate Black students.

Delta taxes safety net hospitals: Health care workers at the nation’s safety net hospitals—medical facilities charged with providing care to people regardless of their ability to pay—continue to feel the strain of the ongoing pandemic, including a new wave of hospitalizations and deaths from the Delta variant.

Kansas criminalizes voter registration drives: A new law in Kansas essentially criminalizes the act of helping people register to vote, NPR reports. The law, similar to legislation passed in other states, makes it a felony offense to impersonate an elected official, leaving the standard for violation open to interpretation. 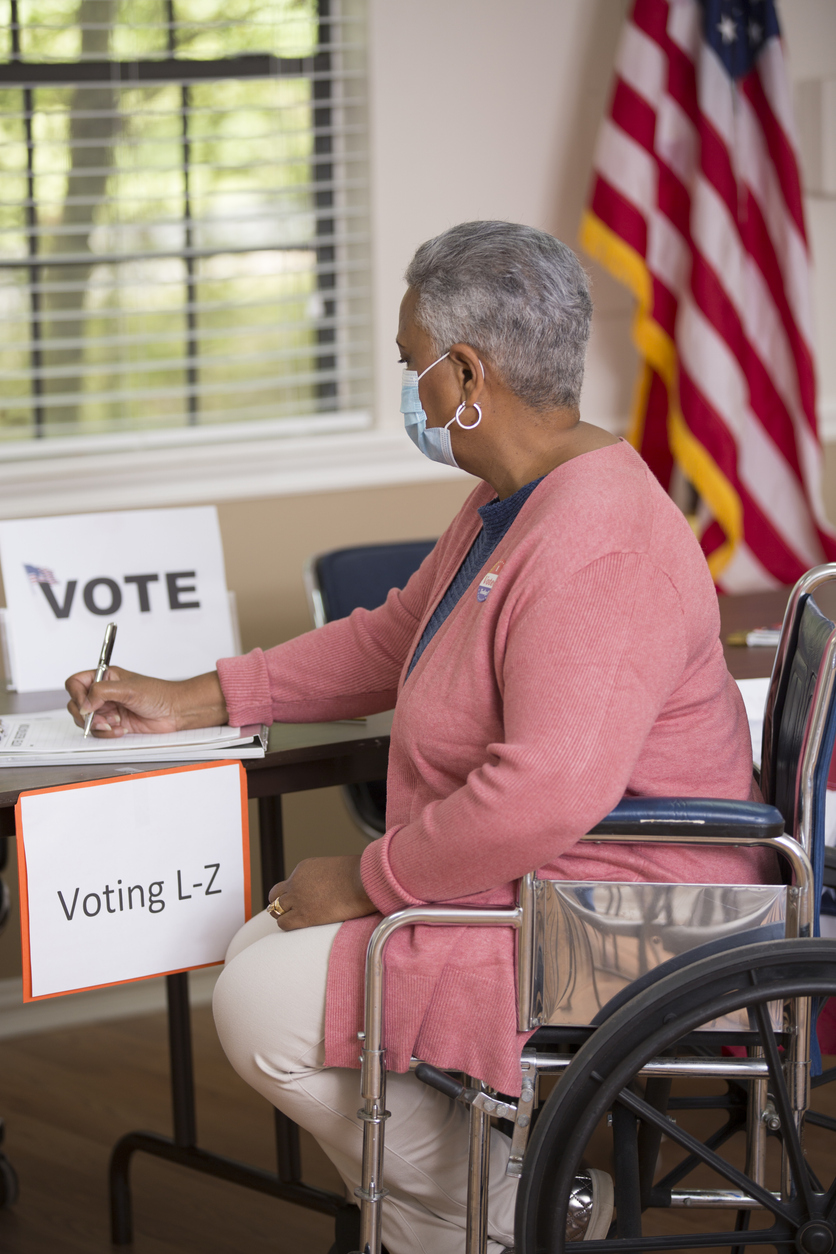 Voter suppression harms people with disabilities too: New state voting laws limiting or eliminating absentee ballots, drop-off boxes, and curbside voting will make it once again more difficult for disabled Americans to vote. A record 62 percent of disabled Americans voted in 2020, a 6 percentage point increase from 2016, the Atlantic reports. Approximately one in four Black Americans have a disability according to the CDC.

NC expands voter rights for parolees: A state superior court in North Carolina has restored voting rights to about 56,000 people who were formerly incarcerated but still under some form of supervised release, including on parole or probation, the New York Times reports. Those on parole or supervised release are disproportionately Black (42 percent), but Black North Carolinians make up 21 percent of the state’s population.

Black residents sue over sewage: Residents of the predominantly Black community of Cahokia Heights, IL have filed a federal lawsuit against the Commonfields of Cahokia Public Water District over raw sewage polluting their neighborhoods for more than a year, NBC News reports.

A call for naming more counties for historical Black figures: Joint Center Board Member Robert Raben wrote an op-ed calling for more counties to be named after Black people: “Lots of them are named for slaveholders, British royalty and even fictional characters. It’s time we honored some of the heroes of the struggles for freedom and equal rights,” he writes.

Color of Change hosts their annual Black Women’s Brunch in DC and discusses the student debt crises for Black women.

Unity in the Community hosts a back to school bookbag giveaway in Philadelphia, PA featuring COVID-19 vaccinations, food trucks, a live DJ, and much more.

The United Nations marks the first ever International Day for People of African Descent on Tuesday. 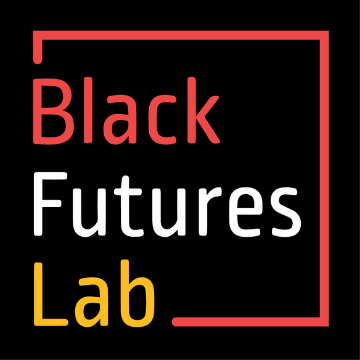 How Kamala Harris is embracing – and changing – the system (Politico)