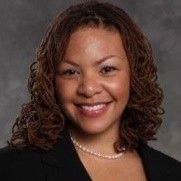 WASHINGTON — The Joint Center for Political and Economic Studies commends Speaker of the House Nancy Pelosi for appointing Kemba Hendrix as executive director of the newly established U.S. House of Representatives Office of Diversity & Inclusion. Kemba will lead the office’s development of a House diversity plan to include policies to direct and guide House offices to recruit, hire, train, develop, advance, promote, and retain a diverse workforce. Prior to this role, Kemba served as the executive director of the House Democratic Diversity Initiative, and since 2017 has focused on increasing House Democratic diversity at all staff levels. At the House Democratic Diversity Initiative, Kemba played an integral role in the release of the U.S. House Compensation and Diversity Study, which is the most extensive U.S. House diversity study ever released publicly.

“Kemba’s commitment to congressional staff diversity has played a significant part in furthering the conversation on diversity among congressional staff. Her work produced one of the most comprehensive studies by Congress on racial data of staff, and we are excited for Kemba to take on this new role,” said Joint Center President Spencer Overton. “We commend Speaker of the House Nancy Pelosi for recognizing Kemba’s expertise, leadership, and hard work and appointing Kemba to this vital position. The Joint Center will continue to work with the U.S. House to ensure that diversity among Hill staff reflects the diversity of the United States.”

“Kemba has proven to be a great leader in bringing transparency to information about diversity on the Hill,” said Joint Center Senior Fellow of Diversity & Inclusion Dr. LaShonda Brenson. “Kemba has been a consistent presence in leading conversations on diversity on the Hill. We congratulate her and look forward to continuing this important work with her.”

Hendrix earned a bachelor’s degree from Xavier University and a Juris Doctorate from Howard University School of Law. She previously served as a special assistant on equal employment opportunity law, diversity and inclusion, and harassment for the Office of Personnel Management and as a legal advisor to the Chief Diversity Office and Office of Civil Rights at the U.S. Department of State.

The Joint Center provided a quote for Speaker Pelosi’s official announcement, which can be found here.

In 2019, the U.S. House passed a Rules Package creating a new Office of Diversity and Inclusion and requiring the appointment of a Chief Diversity Officer and the development of a diversity plan. The passage came after the Joint Center spent weeks working with the House Democratic Diversity Initiative, the Committee on House Administration, and several personal offices, congressional caucuses, and staff associations to incorporate staff diversity provisions into the House Rules Package. Our work on congressional staff diversity can be found here.