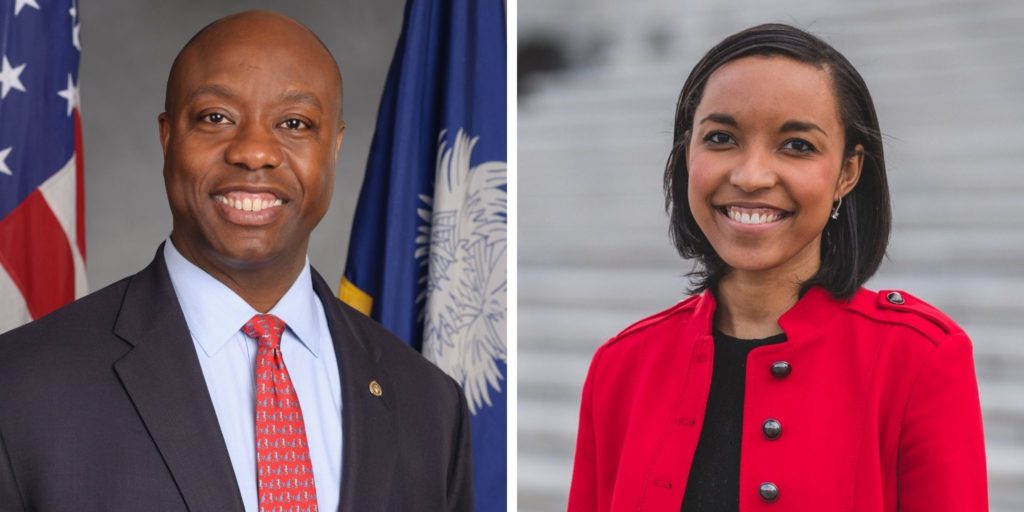 McKay is One of Only Three Black Senate Communications Directors

McKay is one of three current Black communications directors in the U.S. Senate. Michael Brewer (Senator Raphael Warnock (D-GA)) and Trudy Perkins (Senator Sherrod Brown (D-OH)) are the other two.

Prior to McKay’s new position as communications director, she most recently served as director for Narrative Strategies (a bipartisan strategic communications firm). Prior to that, she served in several roles for Senator John Thune (R-SD), including press secretary in his Senate Republican Whip office (Jan. 2019-March 2020) and press secretary in his Senate Republican Conference office (June 2017-Jan. 2019). She also served as deputy press secretary on the House Education and the Workforce Committee (Sept. 2015-May 2017), and as a legislative correspondent (Aug. 2013-Sept. 2015) and staff assistant (Aug. 2012-Aug. 2013) for Senator Jim Inhofe (R-OK). She is a graduate of Liberty University.

In addition to McKay, Senator Scott also employs only one of two Black chiefs of staff in the Senate, Jennifer DeCasper. Brennen Britton, who works for Senator Jerry Moran (R-KS), is the other chief of staff.

“Senator Tim Scott continues to be a leader in hiring and promoting diverse talent to senior roles both in his personal and committee offices,” said Joint Center Senior Fellow of Diversity & Inclusion Dr. LaShonda Brenson. “Ms. McKay, who served on Capitol Hill for over seven years and has experience in managing the process for passing a bipartisan budget and tax reform, will assuredly provide clear and timely communications to most effectively ensure that the priorities of South Carolinians are heard in national debates. I hope to see more Senators follow Senator Scott’s leadership in hiring diverse and talented staff.”

“Senator Scott has repeatedly shown leadership among both Republicans and Democrats on staff diversity since he took office in 2013, and we continue to commend him for prioritizing diversity in his staff,” said Joint Center President Spencer Overton. “African Americans account for 27 percent of South Carolina’s population, and Ms. McKay’s experience on Capitol Hill working on bipartisan policy will surely benefit all South Carolinians. We applaud Senator Scott for prioritizing diversity, and look forward to his continued leadership in hiring staffers that reflect South Carolina and America.”