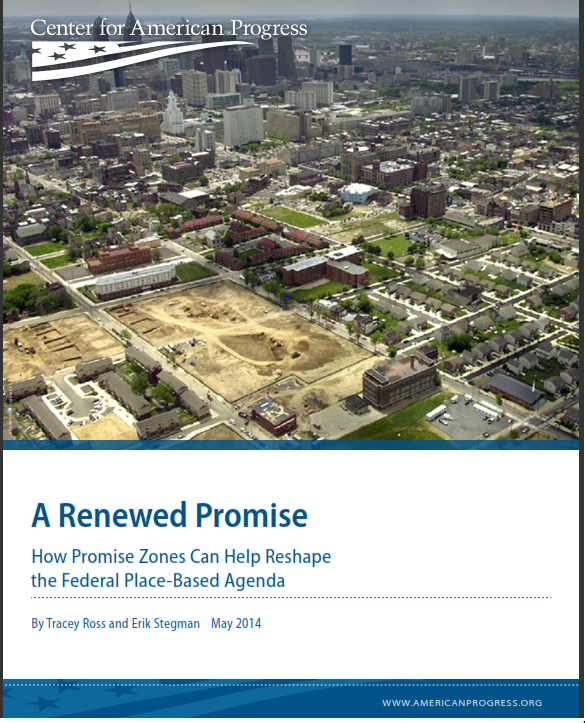 The Center for American Progress released a new report discussing promise zones and their effects on poor communities.  Under the Obama administration, the Promise Zones Initiative has taken shape.  The purpose of this initiative is to strategically revitalize high-poverty communities, many of which are comprised of minorities particularly in urban areas.  Also, local leaders of the areas to be revitalized receive help in managing additional federal funding that they receive through the initiative.  These extra resources are to improve struggling communities by:

A long history of policies designed to isolate the poor have heavily impacted communities of color. For example, beginning in the 1930’s redlining practices excluded African-Americans from certain communities as banks were allowed to deny African-Americans for home loans.  Also, post-World War II, highways were built through many low-income communities that were also largely African-American.  Disruptions in these communities resulted because many residents were displaced and many businesses were driven out to make room for the highways.

Key suggestions for improving the Promise Zone Initiatives are as follows: