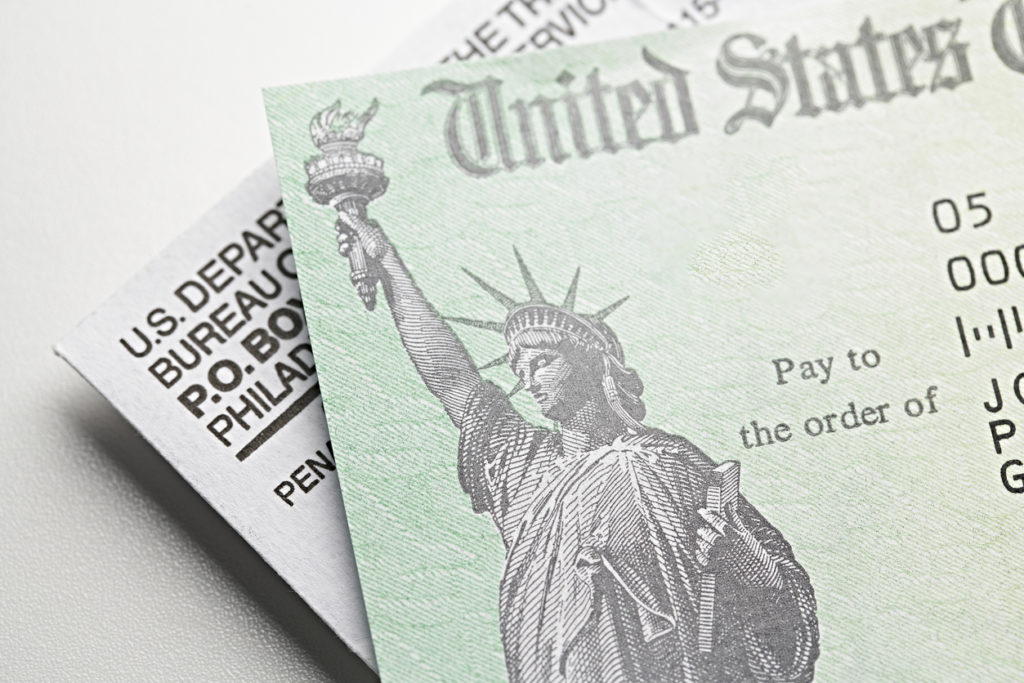 Last week, Congress remained stymied in its efforts to deliver another round of coronavirus relief, as Senate Democrats blocked a $500 billion GOP proposal. The Republican plan—which includes a weekly federal unemployment benefit supplement of $300 (half of the earlier benefit) and additional Paycheck Protection Plan funding—is viewed as insufficient to mitigate the impact of the escalating economic crisis (including food insecurity and the threat of evictions) that millions of Americans face. While former Obama White House Council of Economic Advisers Chair Jason Furman pushed Democratic lawmakers to compromise on a federal weekly benefit supplement of $400, Black economists Bill Spriggs and Michelle Holder insist on the full $600 supplement because unemployment is higher for people of color, an increasing number of the job losses are permanent, households of color have fewer liquid assets, and inadequate relief following the last recession contributed to prolonged unemployment among Black Americans. According to an analysis of a recent Census Bureau Pulse Survey by the Center on Budget and Policy Priorities, 42 percent of Black children and 36 percent of Latino children live in households behind on rent payments and/or don’t get enough to eat.

A Goldman Sachs survey released last week indicates that “43% of Black small business owners say their businesses’ cash reserves will be depleted by year’s end if Congress does not act in September” (compared to 30% overall) and  “31% of Black small business owners say less than 25% of their pre-COVID revenue has returned” (compared to 16% overall).

With less than 60 days until the November election and many Senators returning home soon to campaign, the Senate deadlock underscores the economic fallout of the COVID-19 crisis as a key issue of the upcoming election. 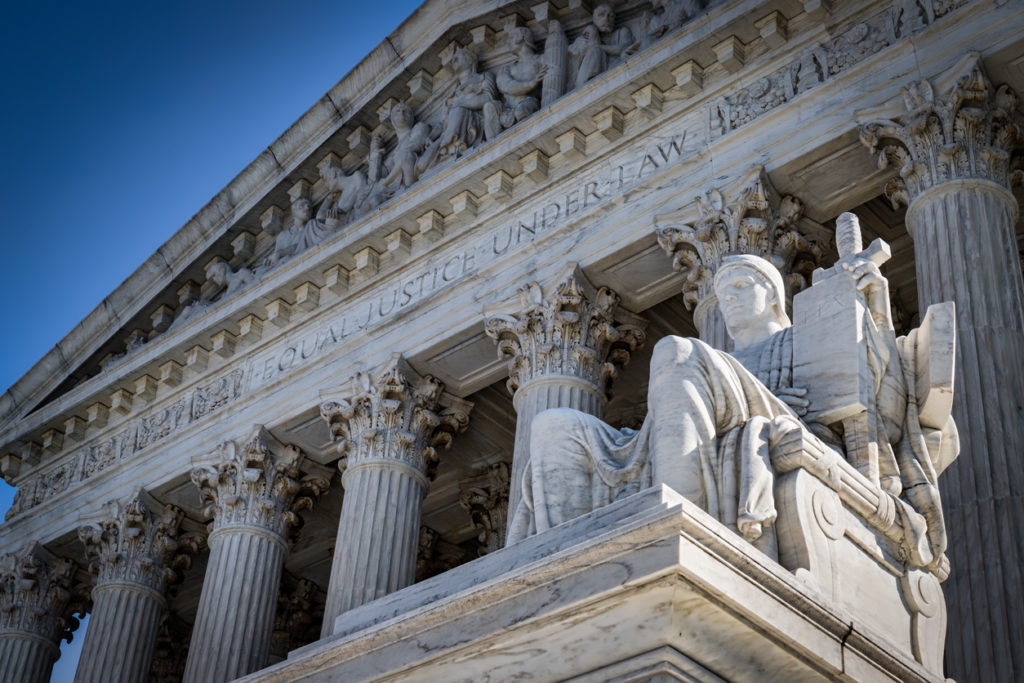 Last week, President Donald Trump released his new list of potential nominees to the U.S. Supreme Court, in a bid to energize conservative voters ahead of the upcoming election. The list includes Senators Ted Cruz (R-TX), Tom Cotton (R-AR), and Josh Hawley (R-MS). Democratic presidential nominee Joe Biden has pledged, if elected, to put the first Black woman on the Supreme Court. According to a recent Pew Center poll, Supreme Court appointments rank third on the list of top issues for voters.

With a new generation of Black progressive candidates favored to win their races in the November election, the Congressional Black Caucus is undergoing changes and facing new challenges. Veteran CBC members are preparing for how the addition of a new generation of progressive Members will shape the caucus, especially in light of the passing of Congressman John Lewis (who will likely be replaced by Georgia Senator Nikema Williams), the departure of long-time Congress Member William Lacy Clay Jr. (who was defeated by activist Cori Bush in Missouri’s Democratic primary race last month), and the likely addition of the first openly gay Black Members, Mondaire Jones and Richie Torres of New York.

Another 884,000 workers filed unemployment for the first time last week. Prior to the coronavirus, the single-week record high was 695,000 claims in 1982.

In analyzing the August jobs report, the Economic Policy Institute concludes that “[w]hile the improvements are welcome, it is clear that white workers continue to have a swifter recovery.” 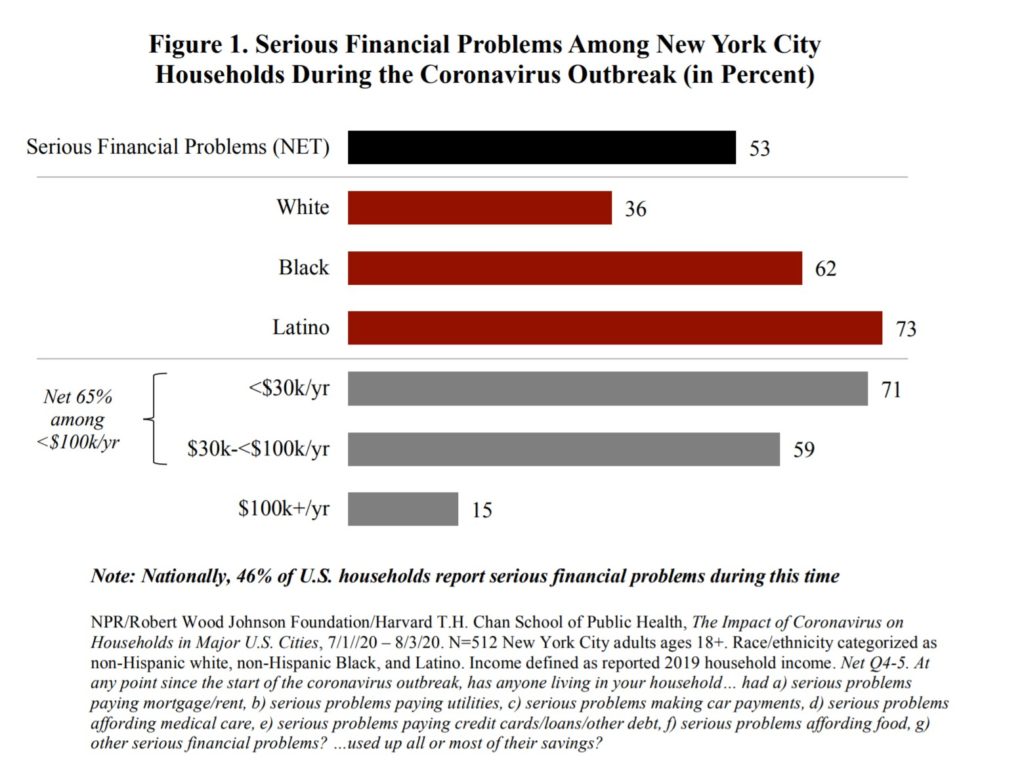 Referencing a study from the Tax Policy Center that reveals74% of eligible White adults received stimulus checks (compared to 69% of Black Americans and 64% of Latina/o Americans) Insight Center for Community Economic Development President Anne Price and ShareProgress CEO Jim Pugh penned an article for Time arguing that the next stimulus bill “must be race-conscious.”

Civil rights organizations condemn the new Preserving Community and Neighborhood Choice rule implemented by the Department of Housing and Urban Development (HUD) that replaces the 2015 Affirmatively Furthering Fair Housing (AFFH) regulation. Americans for Financial Reform Education Fund Senior Policy Counsel Linda Jun states “[a]t a time when communities of color are disproportionately bearing the brunt of the economic damage and illness caused by the ongoing COVID-19 pandemic, HUD has made the unconscionable decision to undermine fair housing and perpetuate existing patterns of discrimination and inequality.” 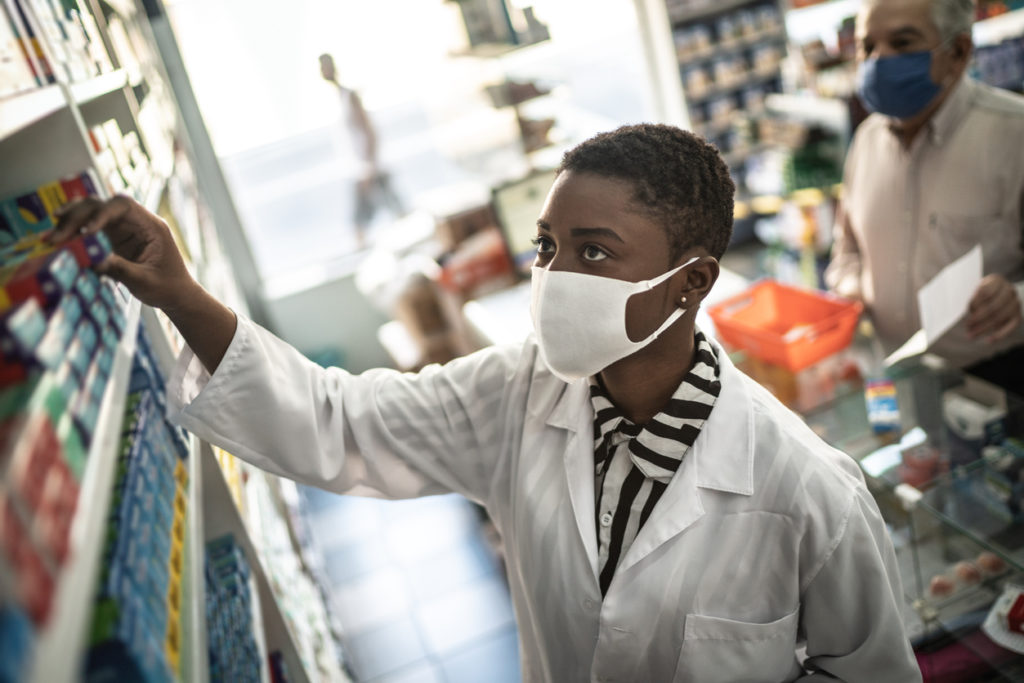 Joint Center President Spencer Overton and the Lumina Foundation Vice President for the Future of Learning and Work Chauncy Lennon outline steps policymakers, employers, and workers should consider to meet the intense workforce and talent demands of today’s pandemic economy, as “Black Americans may be hit especially hard by automation and other changes in the workforce.”

The Joint Center hosted a Twitter chat with Joint Center Vice President Jessica Fulton, Groundwork Collaborative Managing Director of Policy & Research Janelle Jones, Center for American Progress Senior Economist Gbenga Ajilore, and American University Associate Professor of Public Administration and Policy Bradley Hardy on how the COVID-19 pandemic is affecting Black workers and their families, how the previous stimulus packages helped and neglected Black workers, and what policymakers, advocates, and allies can do to ensure that Black workers aren’t left behind as the rest of the economy begins to recover.

Noting that Black people saw a record low poverty rate in 2019, the Center on Budget and Policy Priorities cautions that upcoming Census Bureau data for 2019 on health insurance, poverty, and income will not accurately portray the state of Black people today. Noting that Black workers often have been “last hired and first fired,” Black poverty rates tend to be especially susceptible to economic cycles. 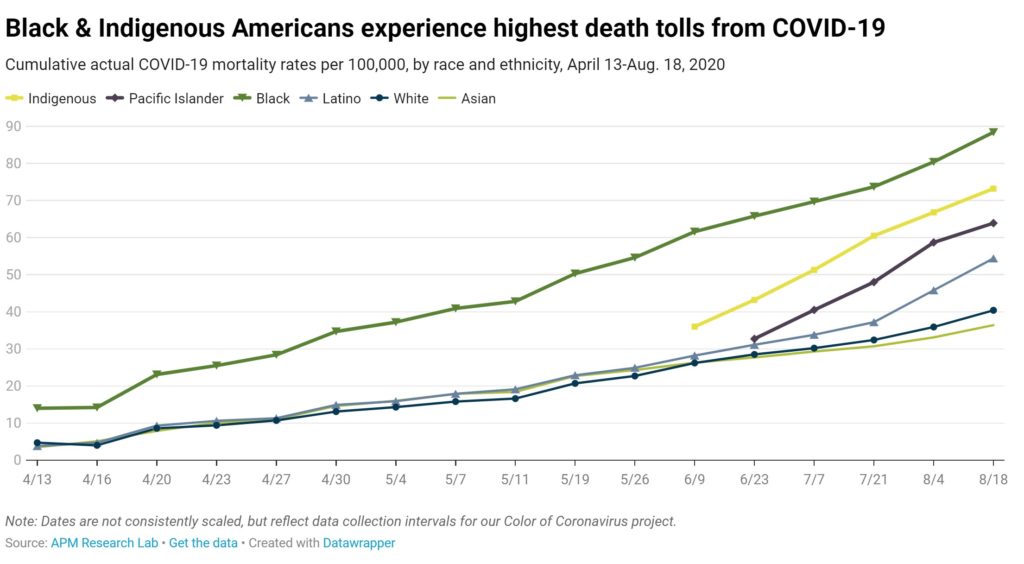 The Guardian analyzes Color of Coronavirus project data and reports that as of August 18, “almost 36,000 African Americans had died from Covid-19.” During the period from August 4 to August 18, the same data showed that the African American death rate from COVID-19 increased from 80 to 88 per 100,000 population and the White death rate increased from 36 to 40 per 100,000. The uptick “means that 1 in 1,125 Black Americans have died from the disease, compared with 1 in 2,450 White Americans – half the rate.”

Emphasizing the effects of COVID-19 and the death of George Floyd on the Black community, the Center for American Progress (CAP) releases a report outlining the barriers to affordable mental health services. CAP cites a U.S. Census Bureau study that shows that “the share of Black people suffering from symptoms of depression and anxiety” increased from 36% to 41% after the release of the video of George Floyd’s murder.

Registered Nurse of 20 years Dr. Sylette Debois pens an op-ed in Blavity calling for better treatment of Black nurses, stating that “African American nurses are battling a double plague, namely racial injustices at the workplace and the risk of getting coronavirus infection.”

In studying data from approximately 11,000 –or nearly 75 percent of all nursing homes – the Washington Post finds that the death rate at majority-Black nursing homes was over 20% higher than at majority-White nursing homes. University of Pennsylvania Sociology Professor Courtney Boen says “any disparity that we’re seeing in terms of race in the pandemic is socially and politically constructed. These disparities are due to racism.”

With less than two months until the election, the Center for American Progress (CAP) and Business for America issued a paper detailing 17 ways corporations can improve voting during the pandemic, including ways to reduce wait time at the polls. CAP cites studies that have shown that “residents of African American neighborhoods were 74 percent more likely than residents of White neighborhoods to have to wait in line for longer than 30 minutes.” Over 60 Civic Alliance corporate member organizations commit “to encourage employees and consumers to serve as poll workers,” according to Vox. To assist with the poll worker shortage, Facebook recently announced that they will have a notification at the top of their app that provides information about signing up as a poll worker with their state election authority.  The Joint Center’s recommendations on voting reforms to help Black communities participate during the pandemic are here.

A study of 2,700 colleges and universities by the National Student Clearinghouse Research Center shows that Black student attendance dropped by 8% during the summer of 2020, raising concerns that the short-term decrease could reverse historical gains in education attainment by African Americans. 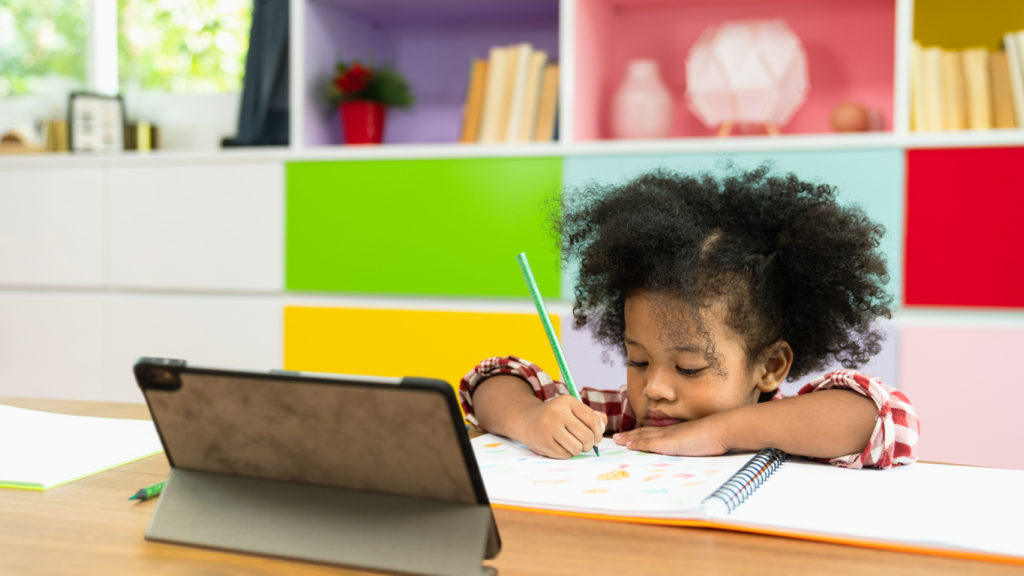 The Aspen Institute explores “what the pandemic has revealed about the role of schools,” noting that providing a place for kids to learn is critical since “roughly one-in-five American adults lack access to home broadband service or laptops.” Other roles include providing emotional support and routine, shelter from insecurity, and providing a community center. The Economic Policy Institute points out that COVID-19 exacerbated opportunity gaps in teaching and learning for Black and Hispanic and low-income students in its report on COVID-19, student performance, equity, and US education policy.

On September 16, National Urban League will host a Virtual Diversity Career Fair to promote jobs and opportunities in Black communities.

The Leadership Conference on Civil and Human Rights issues a petition to Congress urging co-sponsorship of the Counseling Not Criminalization in Schools Act, which would ensure the health and safety of children in schools through counselors and nurses, not police.

Lawyers’ Committee for Civil Rights Under Law President and Executive Director Kristen Clarke testifies before the House Select Subcommittee on the Coronavirus Crisis, outlining what must be done to ensure a free, fair, and safe upcoming election during COVID-19. 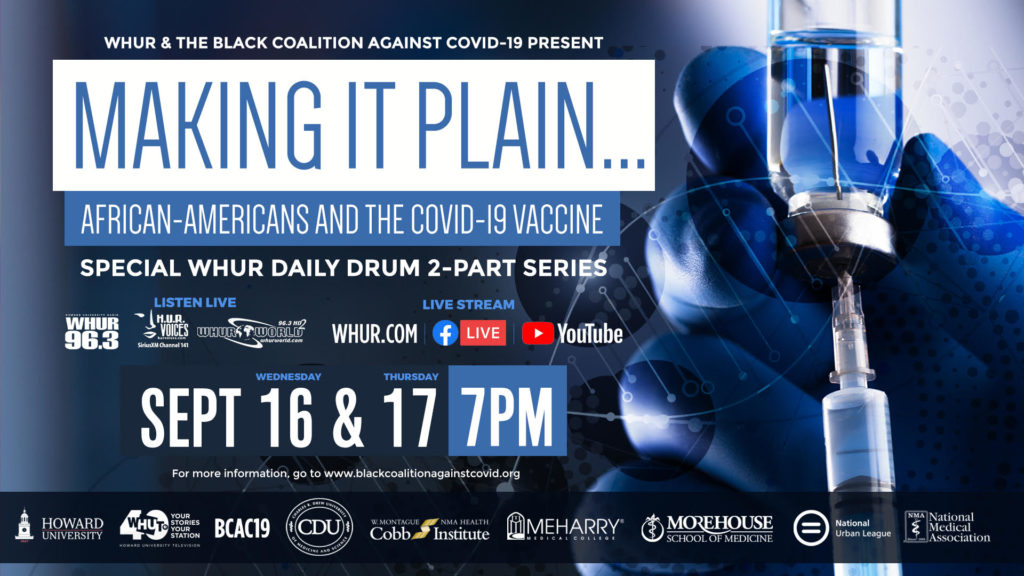