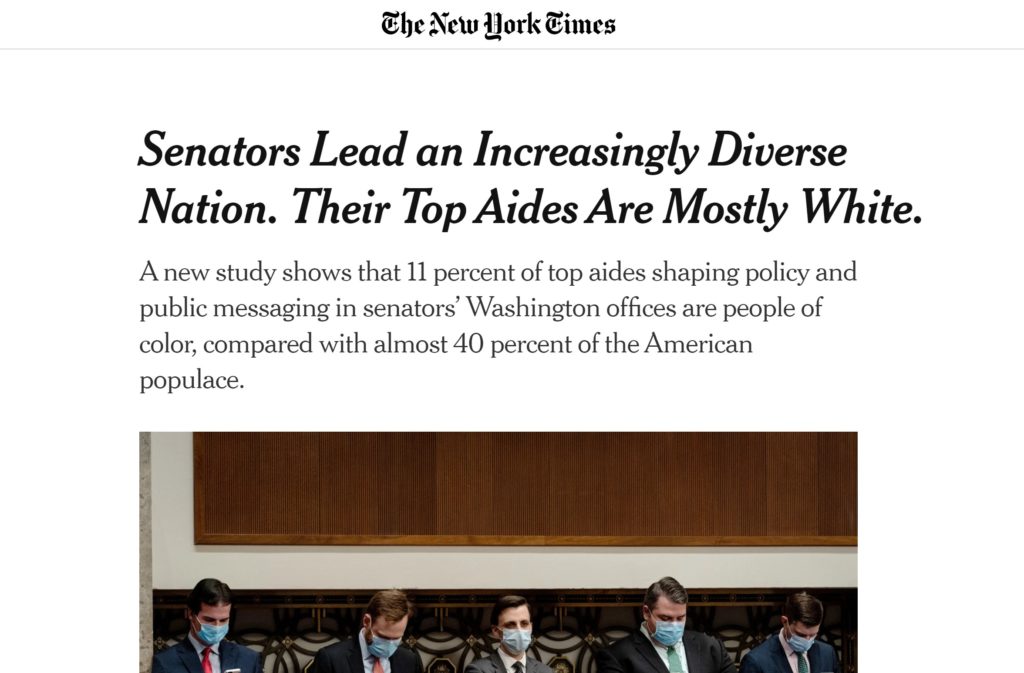 The Joint Center’s report, Racial Diversity Among Top Staff in Senate Personal Offices, was covered in The New York Times.

“If there were more diverse staff that could speak to senators about potential blind spots that may occur in the legislation, I think the legislation would be more responsive to the needs of minority communities,” said Joint Center Senior Fellow of Diversity & Inclusion Dr. LaShonda Brenson, who authored the report.