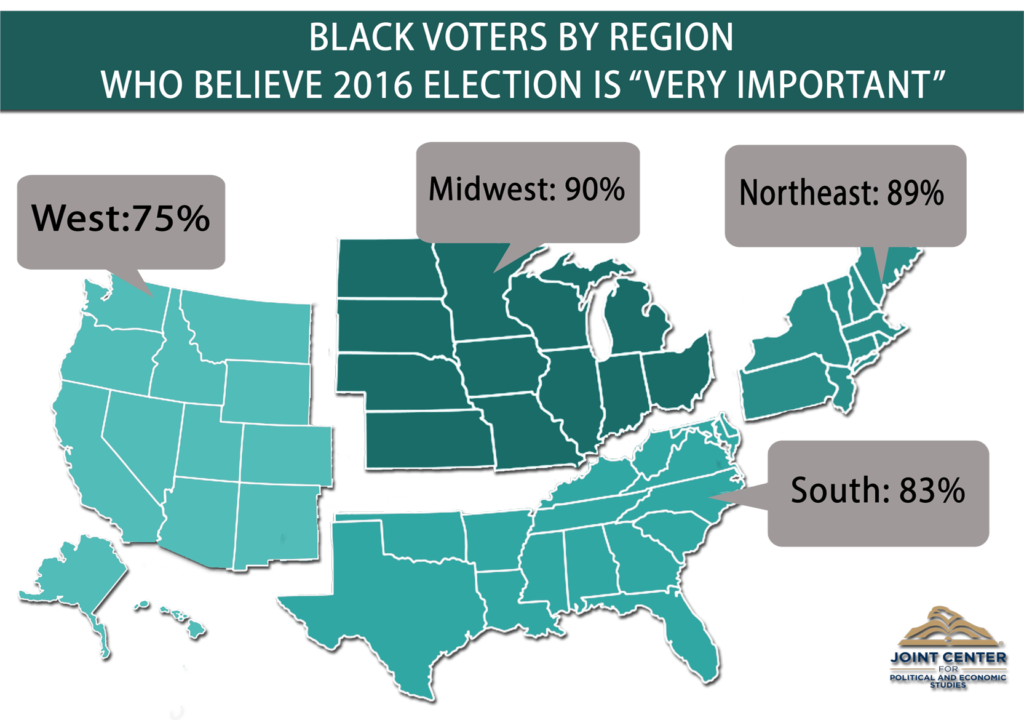 There is plenty of conjecture about whether African Americans will turn out to vote in 2016, but not enough accurate data. The Joint Center commissioned and analyzed a national survey to fill that gap. The survey intentionally oversampled black voters, which made it possible to identify trends among African Americans of different incomes, ages, and other demographic factors.
The Joint Center’s report on voter enthusiasm found that: