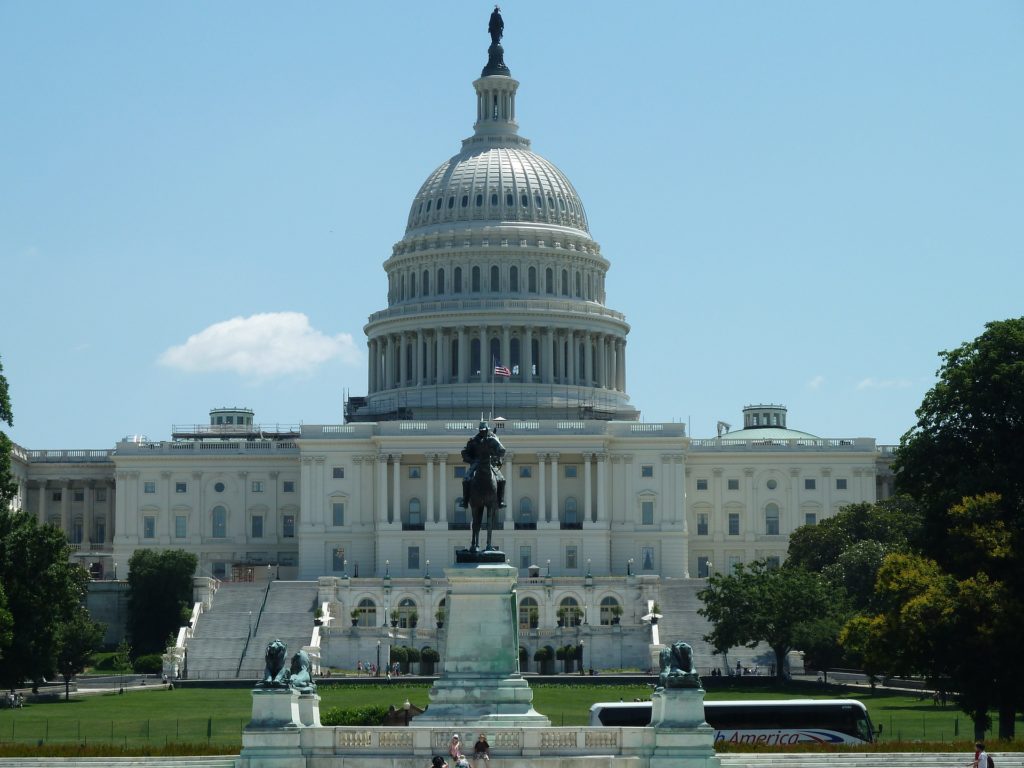 The Joint Center signed a letter with over 60 national organizations and stakeholders asking Congress to prioritize diversity on the Hill among their top staffers.

The Joint Center signed a letter with over 60 national organizations and stakeholders asking Congress to prioritize diversity on the Hill among their top staffers. The press release can be found below.

WASHINGTON – The Joint Center for Political and Economic Studies, along with more than 60 national civil and human rights organizations and stakeholders, sent a letter calling on Members of Congress to prioritize diversity in hiring top staff.

“The next two months provide an amazing opportunity to address the lack of diversity among top congressional staff, as it is a time of great staff transition when new and returning Members will fill hundreds of staff openings,” said Spencer Overton, President, Joint Center. “This is especially true for newly elected Members who are building an entire personal office staff, House committee Ranking Members who are transitioning to Chairs and doubling their committee staff, and new committee Chairs and Ranking Members in both chambers who are building their committee staff. New and returning Members of Congress must seize this window of opportunity to increase diversity among top and mid-level staff before it closes. Doing so will increase the ability of their offices to most effectively understand and represent their constituents back home.”

In addition to calling on Members of the U.S. House and U.S. Senate to prioritize diversity in hiring their top staff, the groups called on Members to focus on diversity among their key mid-level staff openings that are “feeder” positions to the top staff positions.

The groups also called on Members to adopt practices that will increase diversity among top staff, such as the Rooney Rule (interviewing at least one person of color for every opening), creating a long term diversity plan with clear goals, and unconscious bias training for staff. The groups also pressed Members to support chamber-wide efforts to improve staff diversity, such as the establishment of an independent and bipartisan diversity office and disclosure of demographic data of staff.

A total of 67 national organizations and diversity stakeholders signed on to the letter, including the Asian Americans Advancing Justice | AAJC, the Human Rights Campaign, the Lawyers’ Committee for Civil Rights Under Law, the Leadership Conference on Civil and Human Rights, the National Action Network, the NAACP, the National Association of Latino Elected and Appointed Officials (NALEO), the National Organization of Women (NOW), the National Urban League, and UnidosUS.

“This historic incoming Congress, with more Latinos, African Americans, and women representatives than ever before, has an opportunity to build a new generation of diverse government leadership. With recent votes signaling a new Speaker of the House and the election of a new Minority Leader, we urge Democratic and Republican members alike to reflect on the mandate for diversity that voters expressed in November’s election,” stated Arturo Vargas, Chief Executive Officer, National Association of Latino Elected and Appointed Officials (NALEO) Educational Fund. “Through Staff Up Congress, a national initiative we launched to build a representative congressional workforce, we have seen the incredible talent waiting to be tapped firsthand. We will continue working with members and leadership on both sides of the aisle to help strengthen our democracy through diversity.”

“Diversity and inclusion is a key pillar of National Action Network’s activism. From our pensions diversity campaign to our Madison Avenue Initiative, we know that representation matters,” said Ebonie Riley, Washington, DC Bureau Chief, National Action Network. “We know that embracing the rich diversity of our nation and employing people of color results in better outcomes for all. With the 116th Congress being the most racially diverse in U.S. history, we urge House Leadership to hold Members of Congress accountable to hire senior staff that reflects the diversity of our nation.”

“The tapestry of America is woven from the fabric of many diverse cultures, and as the nation’s lawmaking body, it is up to Congress to not only recognize this country’s diversity but to also embrace it in the people it hires. Better governance will only come from involving diverse perspectives in decision-making,” said John C. Yang, President and Executive Director, Asian Americans Advancing Justice | AAJC. “Our organization represents Asian Americans who have often been marginalized when it comes to representation in government. Increased diversity in Hill staff would mean that our communities will be better represented, not only in the elected officials we vote for, but in the day-to-day work of congressional staff who help craft the critical policies that impact our communities.”

“Despite the fact that the next Congress will be the most diverse ever, African Americans and other minorities still find it very difficult to work on Capitol Hill. It is even more difficult for staffers of color to rise to senior staff positions,” said Donald Cravins, Jr. Esq., Washington, DC Bureau Executive Director, National Urban League, and a former chief of staff in the U.S. Senate. “Members of Congress, especially those who represent diverse districts and states, must be called upon to recruit and promote staffers of color. Such efforts will better serve their constituents and the nation.”

Full text of the letter and all signers can be found here.