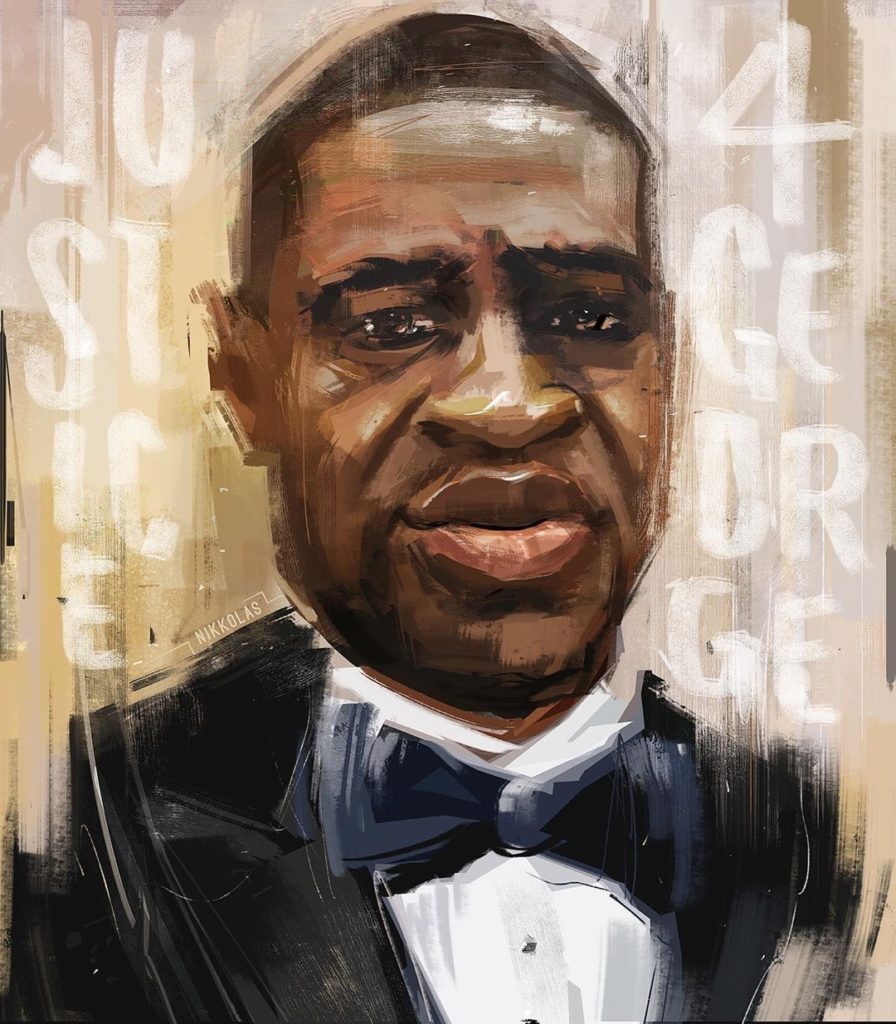 In the wake of the murder of George Floyd and the daily protests against racial injustice it has sparked, today Democrats released a comprehensive police reform bill—the Justice in Policing Act. The bill would “ban chokeholds, limit ‘qualified immunity’ for police officers, create a national misconduct registry, end the use of no-knock warrants in drug cases and make lynching a federal crime among other dramatic changes.”

Senators Cory Booker (D-NJ) and Kamala Harris (D-CA) and Representatives Karen Bass (D-CA, who is also CBC Chair) and Jerrold Nadler (D-NY) are leading the reform. The House, which is not currently in session, could return before June 30 to consider the bill. Republican Senate Leader Mitch McConnell stated that police reform is “certainly something we need to take a look at,” and House Minority Leader Kevin McCarthy indicated Republicans and Democrats “can find common ground” on the issue.  Click on the following for a summary, the full text, and the co-sponsors of the Justice in Policing Act.

Senators Cory Booker (D-NJ) and Kamala Harris (D-CA) pressed Senator Rand Paul (R-KY) to end his Senate impasse blocking the passage of a bill to designate lynching as a federal hate crime. The bipartisan legislation was passed unanimously by the Senate and overwhelmingly by the House, with the only change being renaming the legislation in honor of Emmett Till. Since being returned to the Senate, the Senator Paul has blocked the bill. 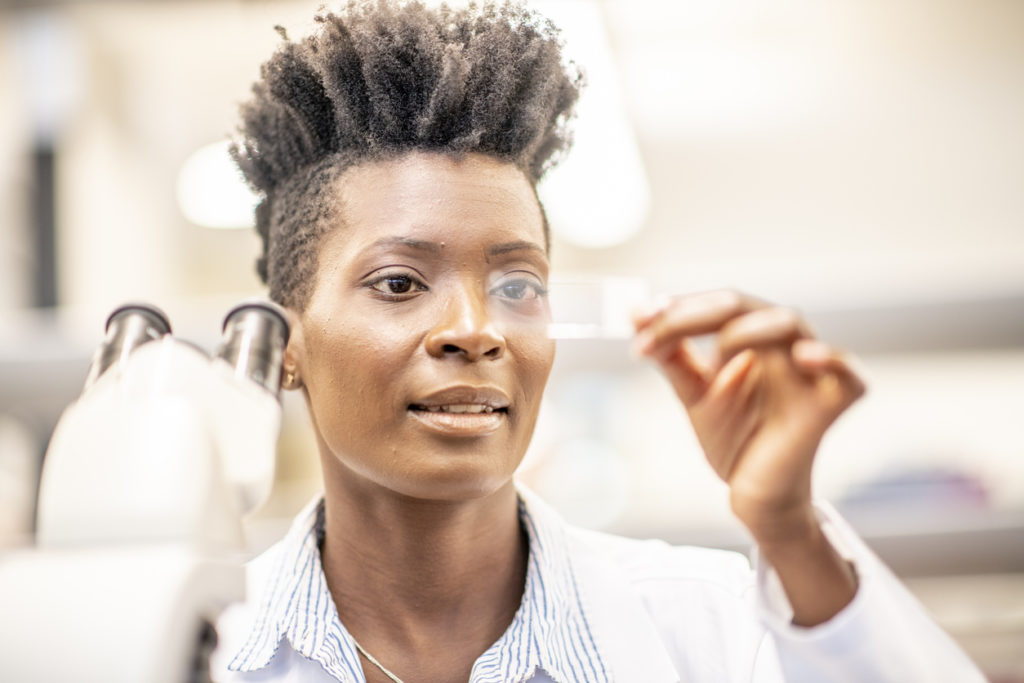 Last Thursday, the Trump Administration “released new requirements for states to report coronavirus data based on race, ethnicity, age, and sex of individuals tested for the virus.” A federal statute that became law in April required the Trump Administration to publish regular reports on race and COVID-19, but the federal CDC claimed its May report was sparse due to lack of data on race. States will need to start reporting the data on August 1. The Joint Center’s April Washington Post op-ed called on the federal government, states, and localities to “collect and disclose racial data on COVID-19 testing.”

On Friday, President Trump signed into law bipartisan legislation to make changes to the Paycheck Protection Program. Titled the Paycheck Protection Program Flexibility Act, the law makes emergency loans more accessible to small business owners struggling with the economic fallout from COVID-19 by relaxing requirements businesses must comply with in order to have the loans forgiven by the federal government. Under the new law, businesses must spend 60% of the loan on payroll (down from 75%) and can spend the money within a 24-week window (up from an eight-week window).

Of the total $660 billion allocated as Paycheck Protection Program Funds, as of June 5, $511 billion in loans had been distributed and the average loan size was $112,962.

Next Stimulus Negotiations Expected in July 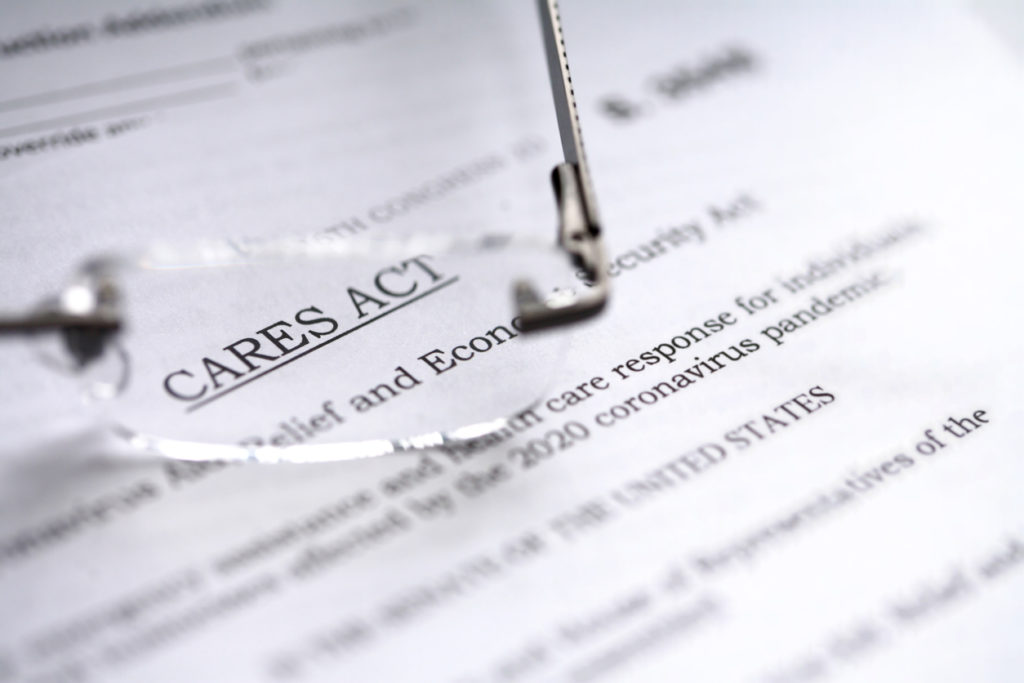 On Friday, White House Economic Advisor Larry Kudlow said “he expects negotiations on the fourth round of stimulus to begin after the Fourth of July,” and that the next stimulus should “move from rescue assistance to more long-term economic growth incentives.”

The prospect of another round of $1200 rebate checks is facing significant opposition as the Republican-controlled Senate considers the most recent coronavirus relief legislation passed by House Democrats⁠—the $3 trillion HEROES Act. Other critical items the Senate will likely address include funds to address shortfalls in state and local budgets, whether to pay the unemployed a “return to work bonus” or extend federal unemployment benefits beyond July 31, whether to limit corporate liability, and job creation measures.

Former Congressional Budget Office Director Doug Elmendorf warned against prematurely curtailing coronavirus relief spending, calling on Congress to pass at least $1 trillion in additional stimulus in order to reenergize the economy as the nation continues to cope with the pandemic.

Last Friday, President Trump celebrated the May 2020 employment situation report as an indicator of a “big step in our comeback” despite a jump in the Black unemployment rate from April to May. Overlooking the dire situation in Black communities or accepting them as “normal” reflects the systemic challenges Black communities face not just in economics—but in policing, criminal justice, health care, and other elements of American life.

Celebrating the overall decline in unemployment while neglecting the needs of Black communities is common in policymaking circles, and can lead to a slow recovery for Black workers and families. The recovery in Black communities after the Great Recession of 2008-2010, for example, took much longer than other communities. According to the Economic Policy Institute, by 2018, the typical African American household still brought home less than their pre-recession income, unlike typical households of other races.

The unemployment rate for Black Americans rose to 16.8% for the month of May, compared to 16.7% in the month of April, The increase in Black unemployment for Black workers occurred despite significant declines in white unemployment, which dropped to 12.4% in May from a high of 14.2% in April, bringing the national unemployment rate down from 14.7% in April to 13.3% in May*. The weekly unemployment claims for last week dropped to 1.87 million from 2.1 million the prior week. Nonetheless, weekly claims in the millions are still significantly higher than the historical single-week high of 695,000 in 1982, signaling that the economic crisis of the pandemic remains.

Unfortunately, due to a worker “misclassification error,” it is likely that the unemployment rate was higher in both April and May than the Bureau of Labor Statistics data indicate.

A study by Fortune shows that 24% of Black workers have been laid off or furloughed since the coronavirus outbreak as compared to 11% of white workers, 20% of Hispanic workers, and 19% of Asian workers.  And according to the U.S. Bureau of Labor Statistics Federal Reserve Bank of St. Louis, less than half of Black people in the U.S. currently have jobs, which, prior to the current crisis, had not happened since 1983.

While several companies have recently allocated money toward racial equality (see this Forbes’ Corporate Donations Tracker), the New York Times reports that “many of the same companies expressing solidarity have contributed to systemic inequality, targeted the Black community with unhealthy products and services, and failed to hire, promote and compensate Black men and women.” Ford Foundation President Darren Walker’s statements reflect the overall theme of the article:

“Corporate America has failed Black America…. The playbook is: Issue a statement, get a group of African-American leaders on a conference call, apologize and have your corporate foundation make a contribution to the N.A.A.C.P. and the Urban League…. That’s not going to work in this crisis…. Corporate America can no longer get away with token responses to systemic problems…. It is going to take a systemic response to sufficiently address this crisis that has been decades in the making….”

In the near future the Joint Center will outline strategies that companies can use to start thinking about more effectively addressing systemic challenges faced by Black communities, including: 1) real goals, metrics, action, and accountability within a company’s own circle of influence with employee hiring and development, contracting (e.g., Black suppliers, law firms, investment companies), and board and c-suite leadership; 2) private sector and public policies tailored to provide supports and clear pathways to ensure Black workers and businesses participate fully and equitably in the economy rebuilt in the wake of the pandemic (the “Future of Black Workers”); and 3) supporting the agency and infrastructure of Black communities through non-transactional, meaningful, and multi-year support of Black institutions.

Jessica was quoted in Time Magazine on how businesses owned by people of color are facing significant barriers amid the COVID-19 pandemic. “This is all part of what happens when you’re not including Black communities meaningfully in policy conversations around issues that matter,” said Jessica. “The failures of the PPP could have been resolved from the beginning if there were folks in the room who were familiar with the barriers Black businesses might face.”

Jessica was also quoted in the Center for Public Integrity’s piece on “George Floyd, Coronavirus, and Inequality Stealing Black Lives.” In the analysis, Jessica said that “what’s happened with [George] Floyd, and in the history of the U.S., is about whether Black folks can execute power over what their lives are going to look like.” 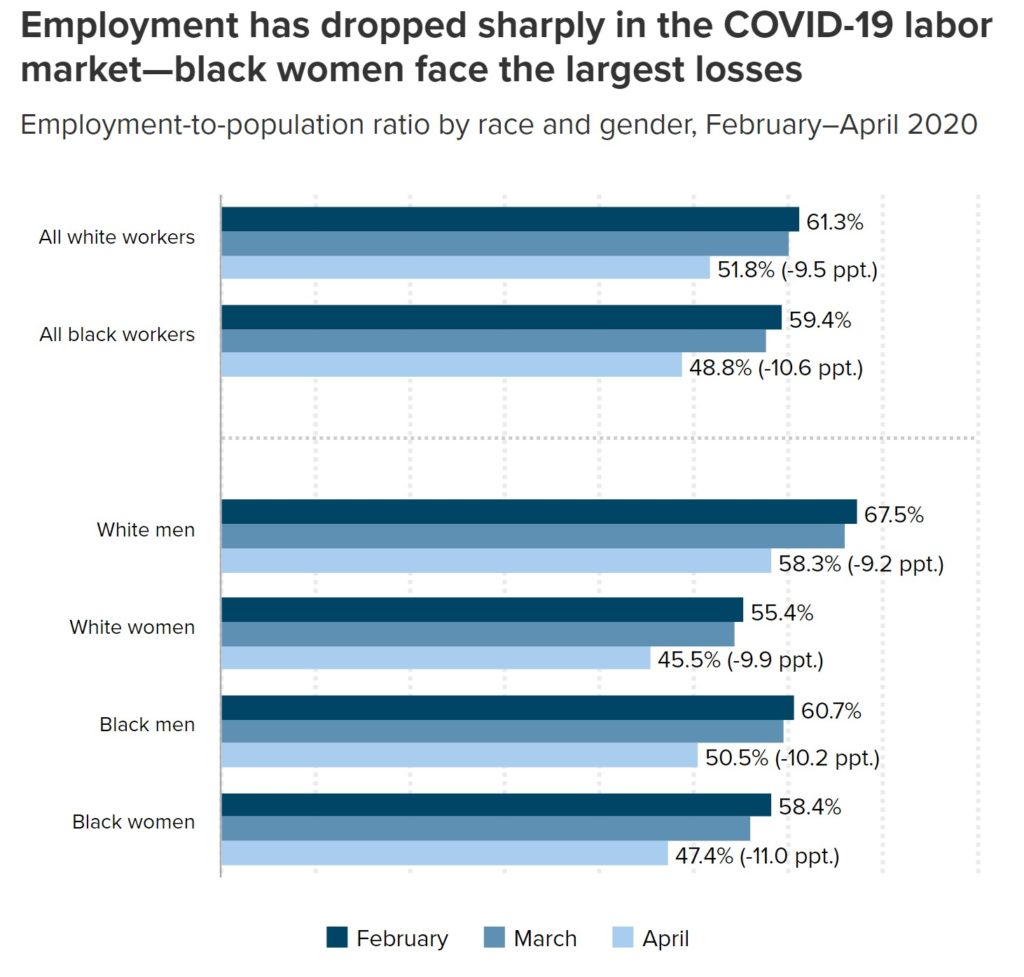 The Economic Policy Institute announced a detailed report focused specifically on how racism and economic inequality have contributed to COVID-19’s detrimental impacts on Black communities. The National Women’s Law Center examined how the COVID-19 pandemic “has exposed how the work performed primarily by women, and particularly women of color, has long been and continues to be undervalued.”

ABC News reports that Black Americans, whose wealth is about one-tenth that of white Americans, are “experiencing the economic brunt of the pandemic.” Economists and historians predict African American business owners will have a tougher time rebounding as evidenced from previous setbacks.

The Urban Institute evaluated data from the recent Census Bureau’s Household Pulse Survey and found that Black homeowners were more likely (28% compared to 9% for white homeowners, 15% for Latino homeowners, and 11% for Asian American homeowners) to miss or defer mortgage payments in May and reported higher uncertainty for June payments.

Studies continue to reveal that Black communities are in higher need of COVID-19 policy solutions. According to the New England Journal of Medicine’s findings, Black patients represented 77% of coronavirus patients at Ochsner Health System in Louisiana. On average, 31% of Ochsner’s patients are African American. According to The Nation, African Americans make up 14% of Michigan residents but 40% of COVID-19 deaths in Michigan. The article also reports that a recent poll showed that Black Illinois residents accounted for 30% of COVID-19 deaths but received fewer than 10 percent of COVID-19 tests. Racial disparities across several U.S. states sparked public health experts, local leaders, and politicians to call for racial equity in coronavirus response policies. 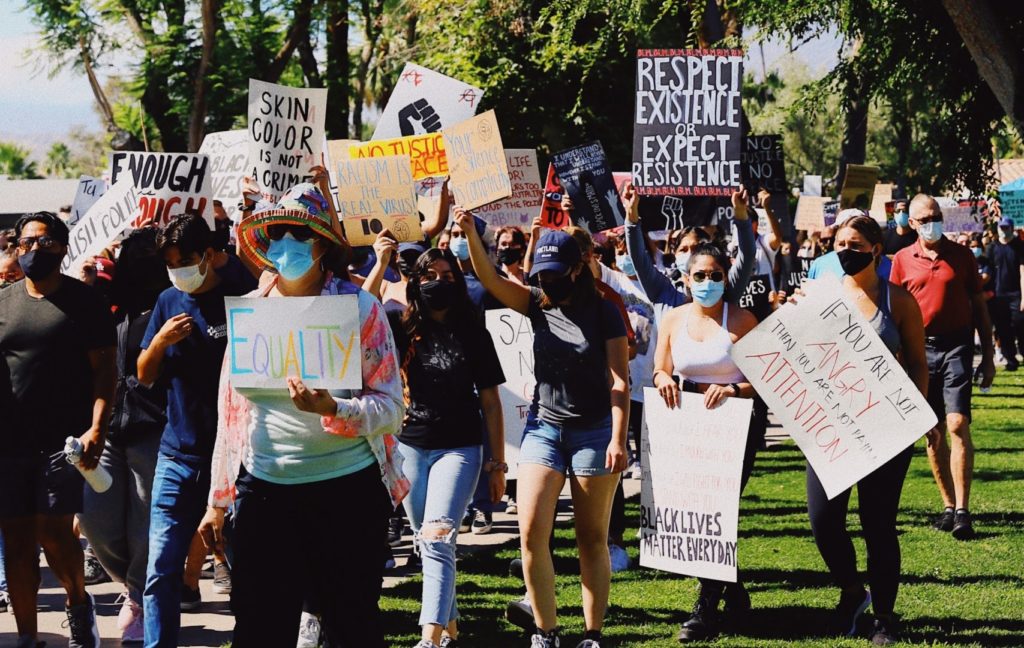 The large gatherings of protesters against racism and police brutality in the case of George Floyd are drawing concerns that there may be an uptick in coronavirus cases. The Associated Press found that each of the top 25 areas of the country with the highest COVID-19 cases held public protests. Some public health experts “expect a spike in less than two weeks.”  In an interview with Politico, Surgeon General Jerome Adams stated that “[b]ased on the way the disease spreads, there is every reason to expect that we will see new clusters and potentially new outbreaks moving forward.”

Around the country, many also participated in other forms of protests that did not significantly increase the spread of the virus, including protest-art such as murals and portraits of Black victims of racism; chalking home driveways; making donations to food pantries; funding small business relief funds; and cleaning up struggling communities.

Joint Center President Spencer Overton joined the panel, Health, Wealth & Longevity: Is There Room For All?, at AARP’s Social Innovation Summit Virtual Conference. The discussion centered on the “unique challenges in achieving healthy longevity” especially when considering equitability and the recent challenges that emerged during the COVID-19 pandemic.

Referencing that protestors were also encouraged to vote, Politico questions how the demonstrations, coronavirus pandemic, and the subsequent economic downturn will affect younger Black voters.

The NAACP issued an Action Alert urging the U.S. Senate to immediately address the disparate impact of COVID-19 on Black communities through the HEROES Act.

Higher Purpose Co’s $400,000 Black Business Relief Fund received over 2,400 applicants; the first round of funds are being distributed to Black businesses this week.

Project South and Hunger Coalition of Atlanta hosted PROTECT BLACK LIVES, a community-led testing site to encourage protesters to stop and get tested for COVID-19 and provide information on how to stay safe and healthy while honoring losses at the hands of police brutality.