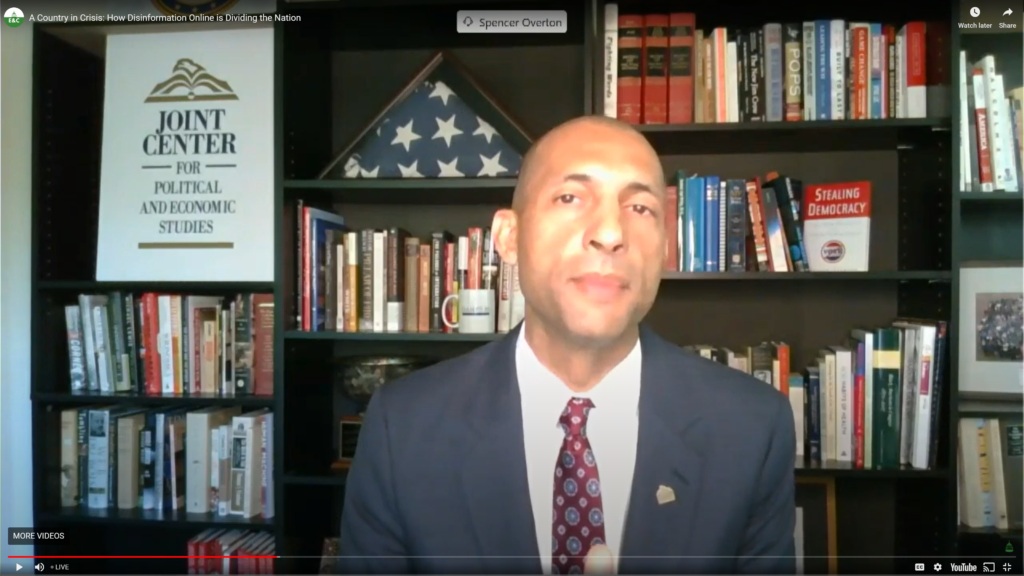 During the congressional hearing, Spencer explained that both domestic and foreign actors use disinformation to divide Americans along racial lines, and mentioned a recent Gallup/Knight Foundation survey that showed 81% of Americans believe that social media companies should never allow intentionally misleading information on elections and political issues. He also explained that Section 230 of the Communications Decency Act clearly gives social media companies authority to remove disinformation, and they should use that authority to do a better job at stopping disinformation.

Spencer expressed that while some social media companies don’t remove disinformation because they say they want to “protect speech” and be “viewpoint neutral,” the harms that result from their failure to stop disinformation—such as voter suppression—are not “neutral” for Black communities.

While Spencer disagreed with President Trump’s recent executive order in retaliation to Twitter’s content moderation because it discourages social media from stopping disinformation, he acknowledged that the status quo is not working. He testified that even in the aftermath of the killing of George Floyd, there exists a real question about whether social media companies will address their own systemic shortcomings and fully embrace civil rights principles.  If legal reforms are needed, he explained that the debates should occur in Congress and should include the voices of communities of color who have been disproportionately harmed by targeted voter suppression and other disinformation campaigns.

Watch the entire congressional hearing below.