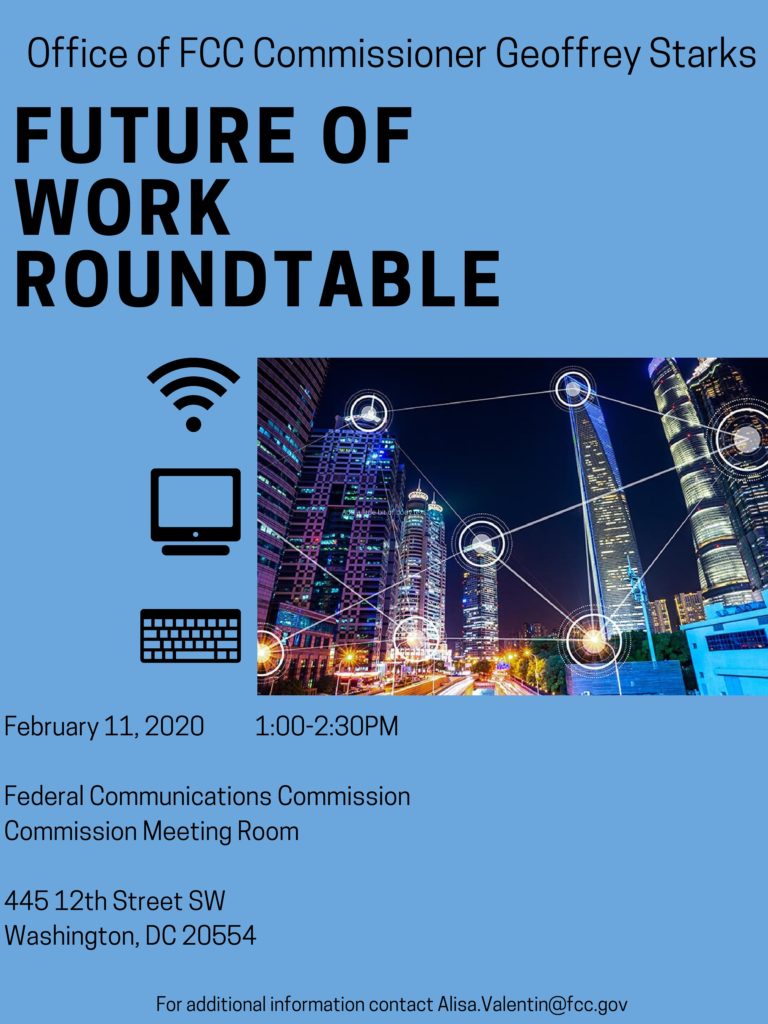 On February 11, Joint Center President Spencer Overton moderated a discussion on defining the future of work at the FCC future of work roundtable. In the discussion, Spencer quoted McKinsey & Company’s report The Future of Work in Black America which says that 23.1 percent of African Americans are at risk of potential job loss by 2030 as a result of automation. He also noted that we need to pay attention to how the future of work will impact the Black rural south. Participants also determined their own definition of the future of work, identified what communities, industries, jobs, and/or tasks will be disproportionately impacted by increased task and job automation, and discuss what and how communities will be impacted by access or lack of access to broadband.