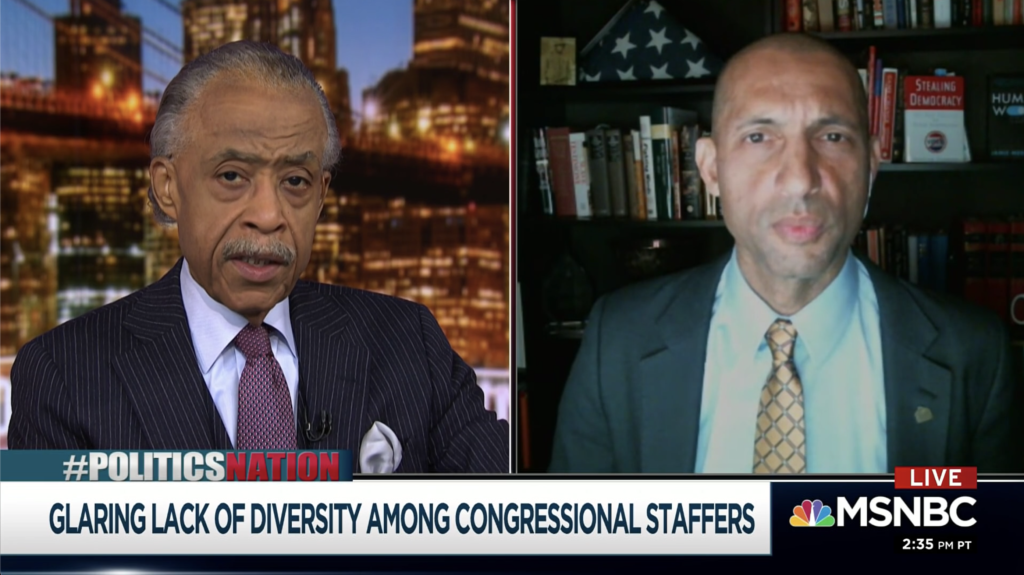 Joint Center President Spencer Overton appeared on Rev. Al Sharpton’s MSNBC talk show, PoliticsNation, to discuss the lack of congressional staff diversity in Washington, DC personal offices and explain what can be done to fix it.

People of color account for 40% of the U.S. population, but less than 14% of top staff in Congress. This is a bipartisan problem. Black Americans, for example, account for over 54% of the Georgia Democratic voters that allowed Democrats to control the U.S. Senate and over 20% of Democratic voters nationally, but only 5% of top Senate Democratic staff.

Members are currently filling open staff positions, and this is the moment to diversify top staff.

On PoliticsNation Spencer talked about actions we must take right now to fix this problem. In addition to people calling and telling their Congressperson and Senators to prioritize diversity in hiring and promotion, the U.S. Senate needs to set up a Bipartisan Diversity and Inclusion Office (as Speaker Pelosi did two years ago in the House).

For more on the problem, why it matters, and solutions, click here.

Watch Spencer’s appearance on PoliticsNation below.