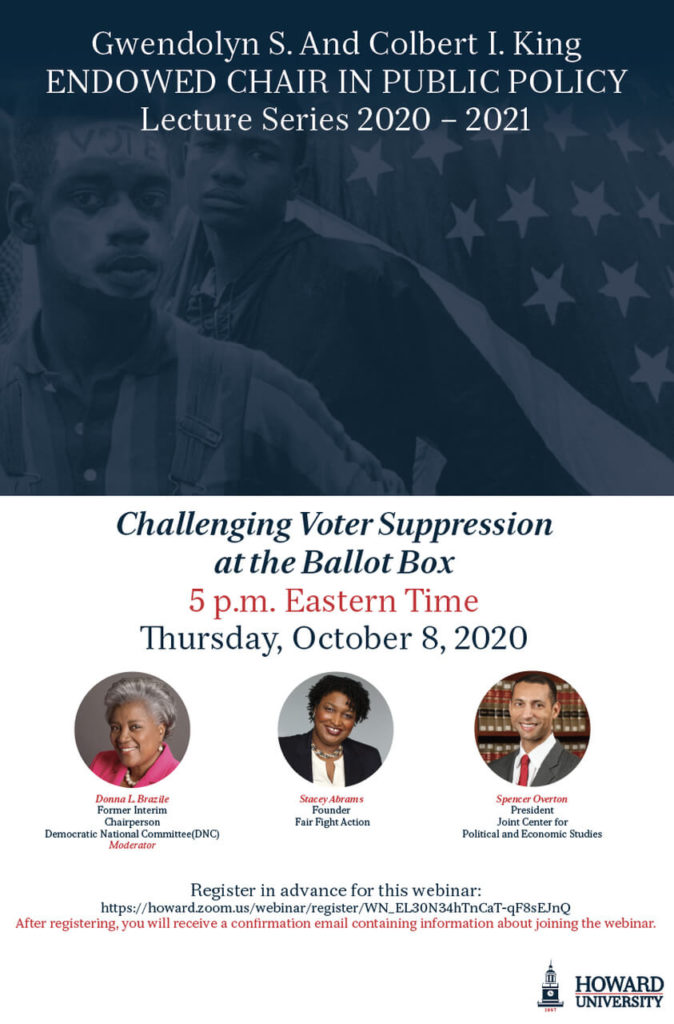 During the conversation, Spencer discussed how social media was used to discourage Black people to vote.

The Joint Center also hosted two conversations on voting amid the COVID-19 pandemic including with Fair Fight Founder Stacey Abrams and with Congresswoman Marcia Fudge (D-OH). The Joint Center also published Protect Our Democracy, a report urging Members of Congress to ensure all Black votes are counted by including support towards voting in the next stimulus package.