The Joint Center hosted a convening on the future of work in Atlanta, briefed Members of Congress on future of work solutions, and published an op-ed in The Hill on how Congress can continue to address its lack of staff diversity. 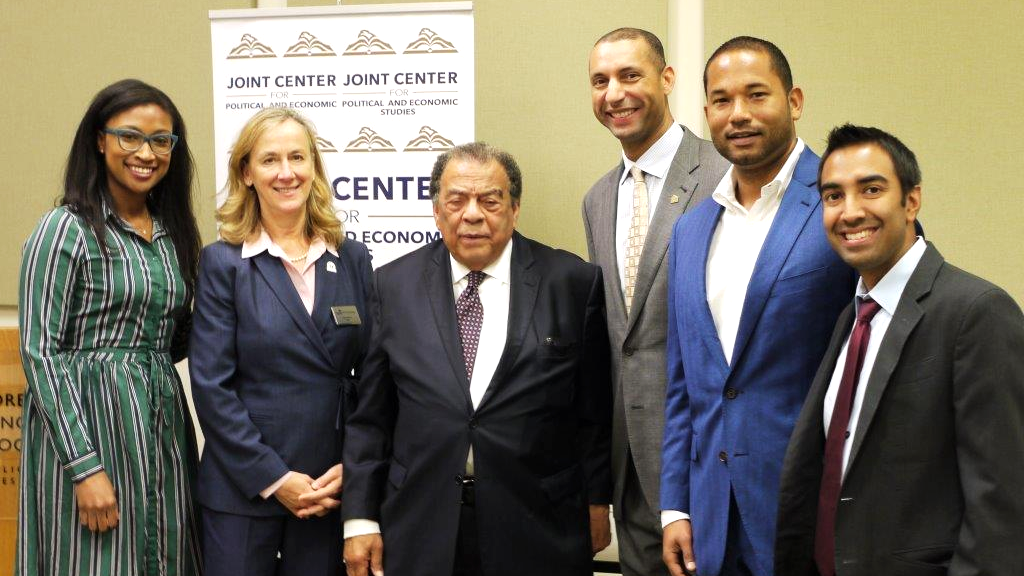 The Joint Center hosted a day-long convening in Atlanta, GA at the Andrew Young School of Policy Studies to discuss future of work challenges and solutions for Black communities in and around Atlanta. Ambassador Andrew Young Jr. addressed the group during a lunchtime keynote, offering lessons from the past to help us face challenges in the future of work. Participants included local scholars, community leaders, entrepreneurs, technologists, and members of both the business and philanthropic sectors. Special thanks to Comcast NBCUniversal for its support of the event. 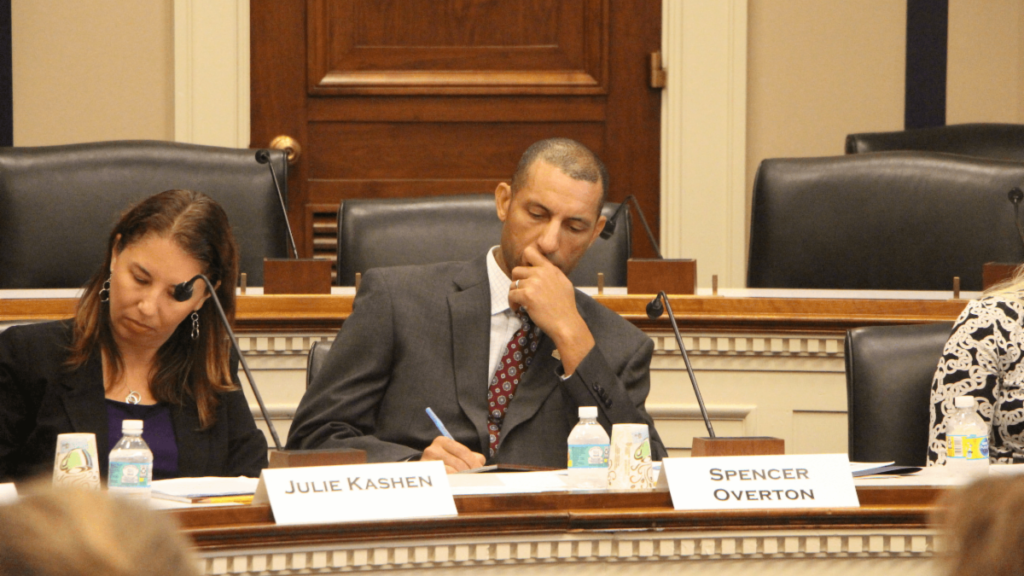 Joint Center President Spencer Overton joined the U.S. House Committee on Education and Labor for an expert roundtable on the future of work. During the live-streamed discussion, Spencer spoke about how Congress and other stakeholders can ensure that Black workers have pathways to good jobs in the changing economy.

Spencer also participated in an Aspen Institute briefing on automation and the future of work. During the discussion, panelists informed congressional staff of ways to modernize existing policies to help workers thrive in the changing economy.

Spencer joined New America’s panel on tech and the future of work, during their launch event for the report, New America’s Worker Voices: Technology and the Future for Workers. 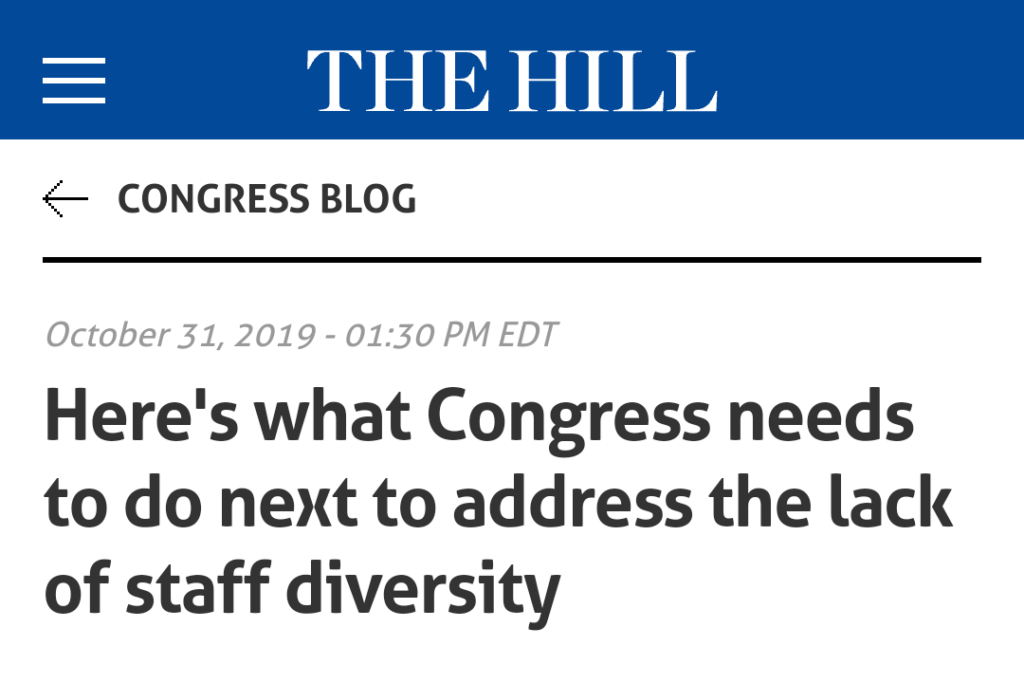 LaShonda was also quoted in a Michigan Advance article on the Joint Center’s analysis of the U.S. House’s recent staff compensation and diversity study. 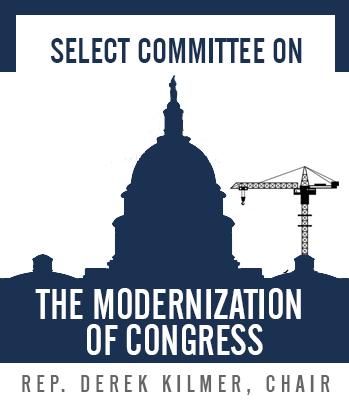 The Joint Center joined over 20 organizations urging Speaker Nancy Pelosi, Minority Leader Kevin McCarthy, and Members of the Select Committee on the Modernization of Congress to extend the Select Committee’s mandate for one additional year. Moving forward, the Select Committee, which was successfully extended through the end of the 116th Congress, can play a key role in encouraging congressional members to consider diversity as they hire new staff.

Spencer participated in the Harvard Law School Black Alumni Association’s panel discussion on the power of inclusion in the political process.

NALEO Educational Fund CEO Arturo Vargas wrote an op-ed for The Hill on the importance and value of having diversity top staff in Congress. 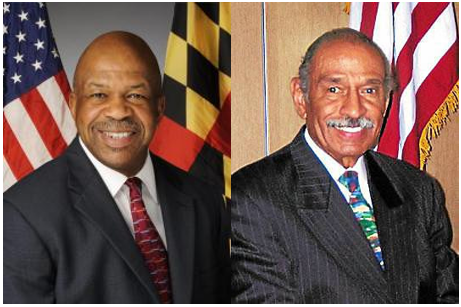 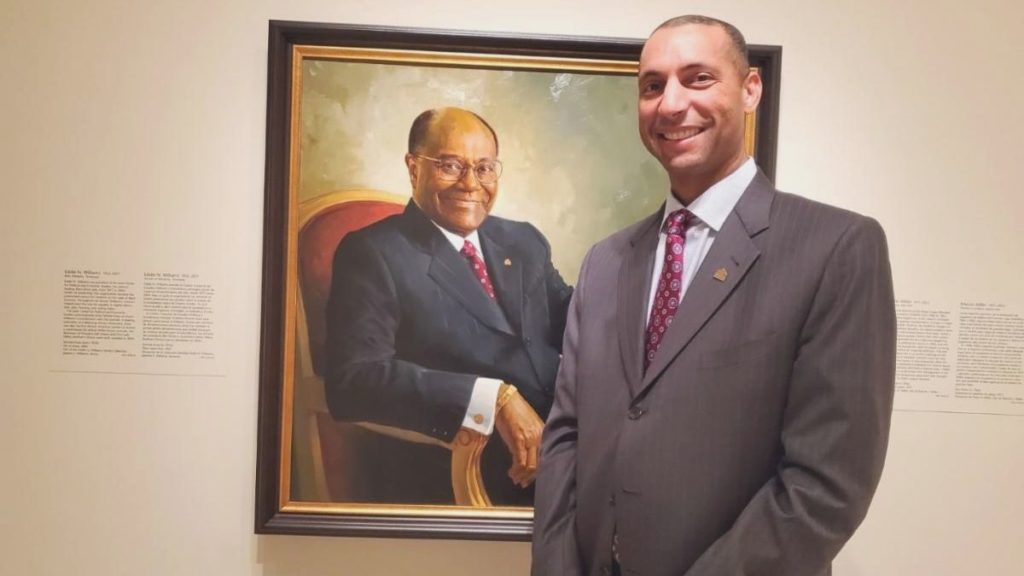 The Smithsonian Institution’s National Portrait Gallery unveiled its “Recent Acquisitions” exhibit which includes a portrait of Former Joint Center President Eddie N. Williams. The portrait is being displayed with images of other notable figures such as Wilma Rudolph, Ernest Everett Just, and Samuel Northup. The portraits will remain on the first floor through Aug. 30, 2020, before joining the museum’s permanent collection.

The Ford Foundation President Darren Walker authored From Generosity to Justice: A New Gospel of Wealth. The book is available for free as an eBook and audiobook, and explores the use of philanthropy as “a tool for economic, social, and political justice.

From November 22-29, Shop Black Week will host a nationwide campaign to help Black-owned businesses attract new customers and gain new business. To do so, the group asks every American to purchase at least one product or service from a Black-owned business during that week.

On December 3, many will celebrate #GivingTuesday, a global initiative to encourage charitable donations to nonprofit organizations like the Joint Center. As you think of your end-of-the-year giving, please consider donating to us, America’s Black think tank.

On December 5, the Library of Congress will debut “Rosa Parks: In Her Own Words.” The exhibit will feature her writings, reflections, photos, records, and other memorabilia.

Happy Thanksgiving from the Joint Center!