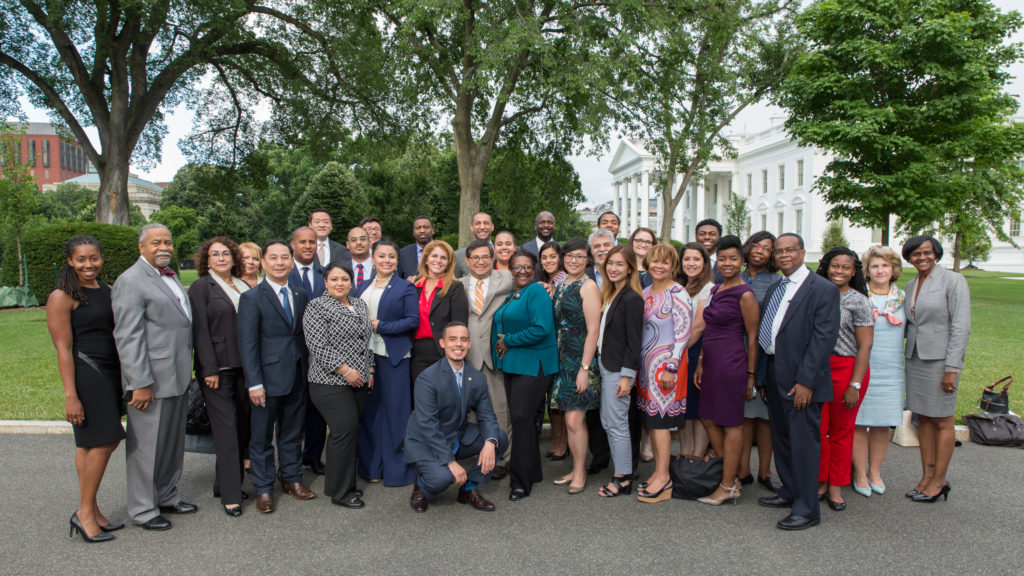 Last week, the Joint Center hosted over 20 of the nation’s most innovative and influential state, county, and local elected officials from the South for a three-day policy roundtable in Washington, DC. The elected officials met with leading experts and federal policy-makers at the White House, Capitol Hill, and George Washington University Law School.

The sessions focused on jobs and workforce development, the school-to-prison pipeline health equity, and building leadership infrastructure. On the final day, the Joint Center partnered with INSIGHT America to organize a session on Flint Water and a lunch in which state and local elected officials talked over lunch with top staff from the offices of U.S. Senators from the South.

View photos from the roundtable here.

Tagged Events
← Joint Center Meets with U.S. Secretary of Agriculture Tom VilsackNot Just the Pipeline: How to Increase Diversity at Facebook and Other Tech Companies →