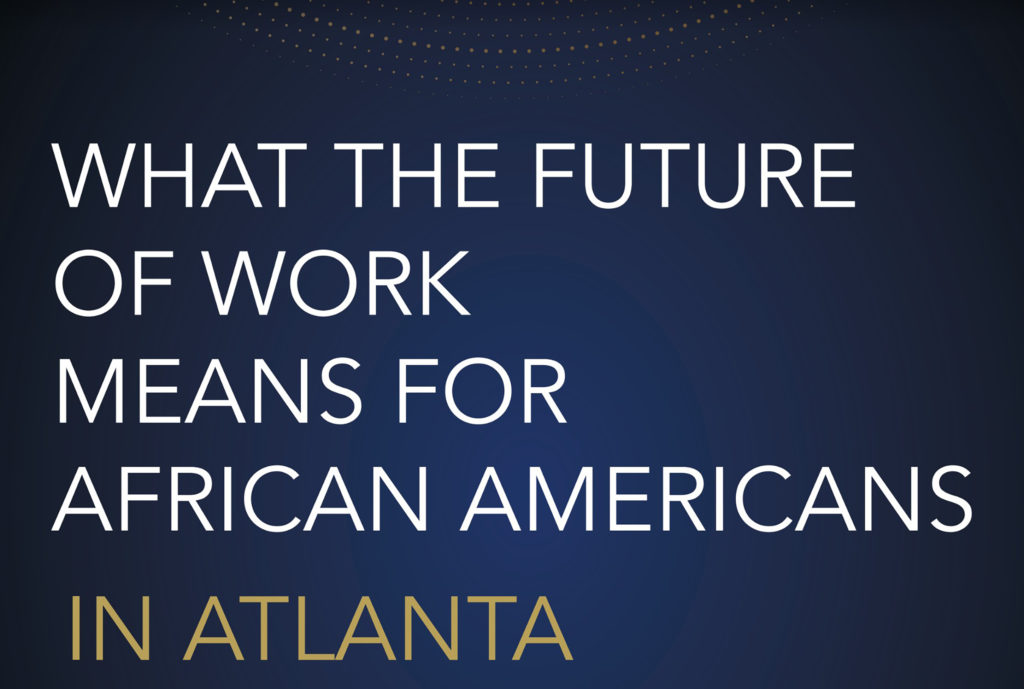 During the discussion, the group identified clear needs for Atlanta residents including improving the quality of education in the most disadvantaged communities, expanding access to networks and capital among Black entrepreneurs, and shedding light on the myriad of job opportunities outside of coding in the tech sector.
Attendees also enjoyed a keynote from Ambassador Andrew Young Jr. During his keynote, Ambassador Young shared lessons he learned during his years in activism and as an elected official—offering inspiration and wisdom for attendees as they tackle challenges in the future of work.

The convening, “The Future of the Workforce,” is the second of a four-part series of roundtables in different cities around the U.S. The series kicked off last April in Chicago, IL. The Joint Center is collecting findings from the workshops and plans to provide actionable ideas for federal and local leaders based on the input from community leaders.

See photos from the convening below. 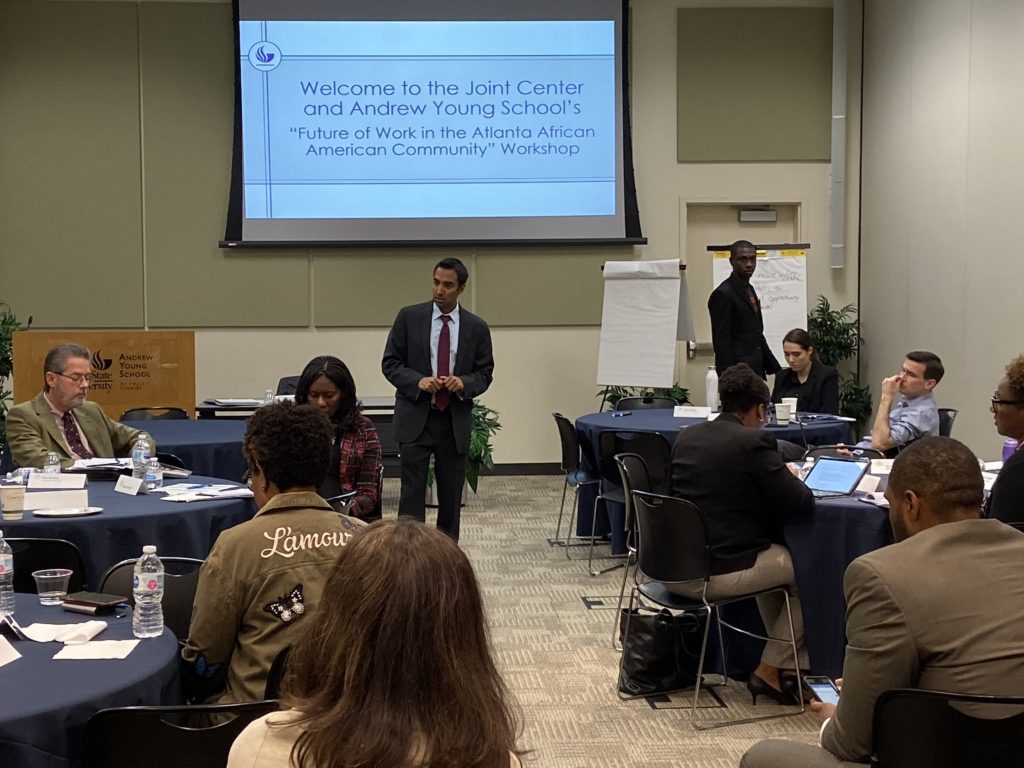 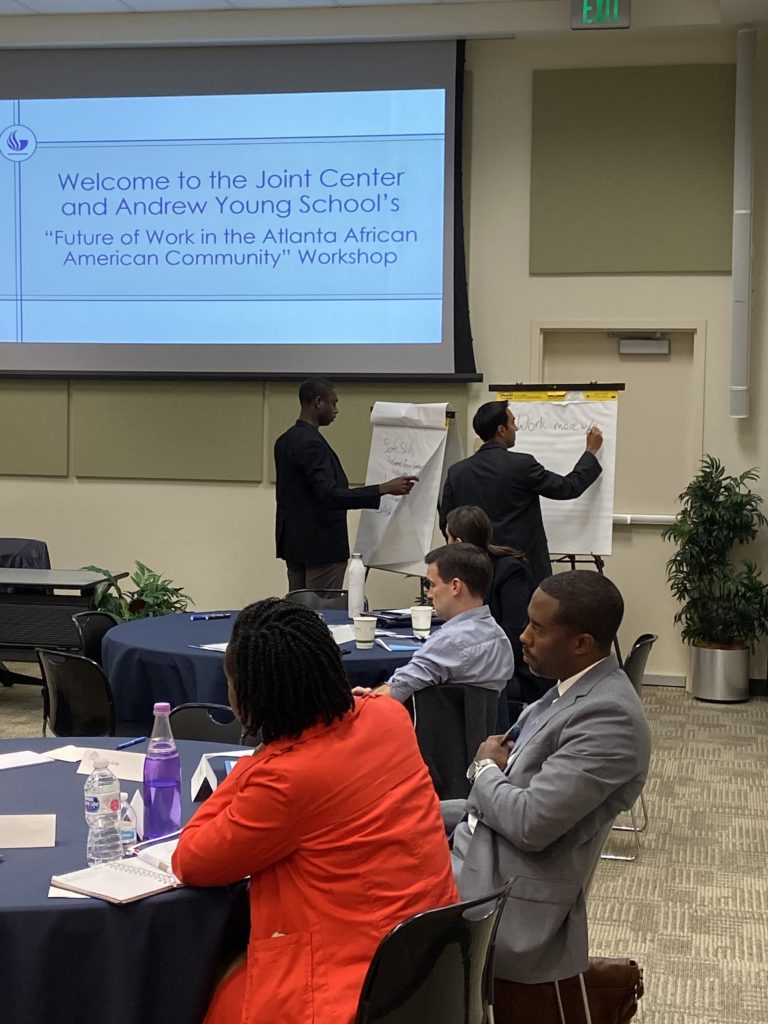 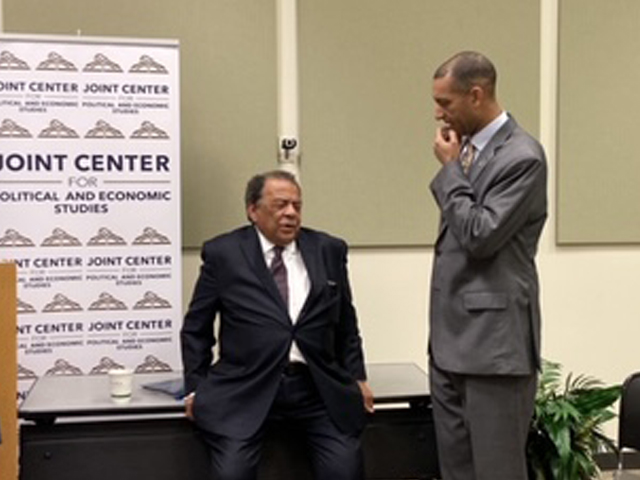 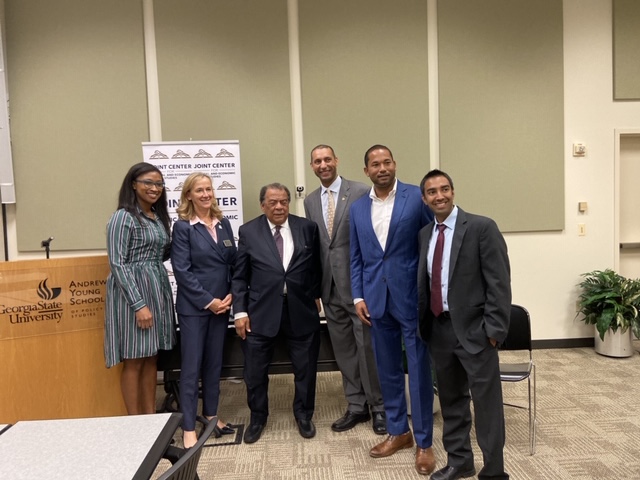