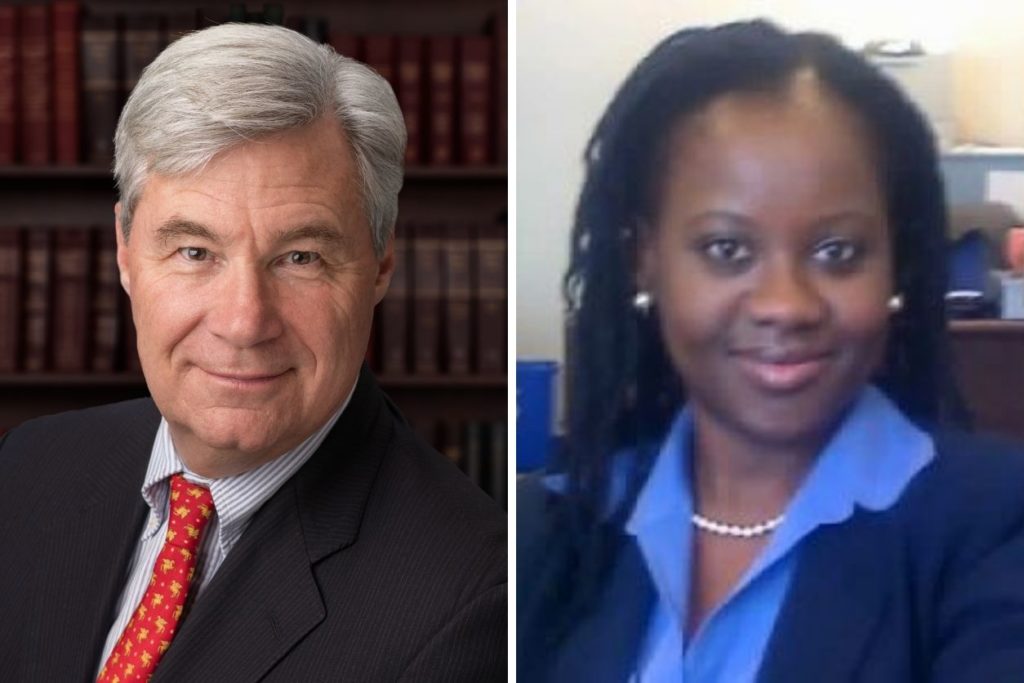 Dugué is one of two Black chiefs of staff in the U.S. Senate. Jennifer DeCasper (Senator Tim Scott (R-SC)) is the other.

Prior to Dugué’s position as chief of staff, she served as a deputy chief counsel for the House Subcommittee on Crime, Terrorism, and Homeland Security, a position she held since 2016.

Dugué was the first Black woman deputy chief counsel hired by the Subcommittee, where she focused on issues of crime prevention and intervention, recidivism, and federal criminal justice programs, according to Whitehouse’s website. Dugué has drafted important legislation—including House versions of landmark bipartisan criminal justice reform legislation that Whitehouse worked on in the Senate—and has won trust and praise from both sides of the aisle in Congress, according to Whitehouse’s website. Prior to her policy work in the House, she worked for more than 10 years in the courtroom with the Chicago’s Public Defenders’ office. She is a graduate of Valparaiso University School of Law.

Joint Center President Spencer Overton said “Senator Whitehouse demonstrates significant leadership in the U.S. Senate as a whole in his hire of Ms. Dugué. As the number one person in his Washington, D.C. office, Ms. Dugué will be instrumental in rooms where vital decisions are made. Rhode Islanders of all backgrounds should be proud of Senator White House’s leadership.  He is ahead of all other 49 Democratic senators in recognizing and recruiting top Black talent to lead his Washington, D.C. office.”