Investing in HBCUs: Amid reports that Historically Black Colleges and Universities (HBCUs) may only receive a total of $2 billion instead of $45 billion initially proposed by President Biden, Cedric Richmond—senior adviser to the president and White House Office of Public Engagement director—told a group of publishers from the National Newspaper Publishers Association that “funding for HBCUs is usually less than $1 billion per year,” and this year, the White House gave HBCUs $4.2 billion. “[B]ecause of that, some HBCUs are financially capable of forgiv[ing] student debt right now. A lot of them are making investments in their campuses,” he said. Richmond also shared that the White House still wants to “double or triple funding over the next [10] years to invest in their facilities.” The White House also published a fact sheet listing how the Biden-Harris Administration “prioritized and delivered historic levels of investment in and support for HCBUs.”

Black farmers file a motion to intervene in Miller v. Vilsack lawsuit: Politico reports the Federation of Southern Cooperatives/Land Assistance Fund—non-profit cooperative association of Black farmers, landowners, and cooperatives—filed a motion to intervene in the Miller v. Vilsack lawsuit. The lawsuit was filed against Agriculture Secretary Tom Vilsack by Texas Agriculture Commissioner Sid Miller, who argued that a U.S. Department of Agriculture program to provide debt forgiveness to farmers of color “unconstitutionally discriminates against white farmers.” In the motion to intervene, the Federation argues that they are more equipped to adequately represent Black farmers in this lawsuit since Secretary Vilsack does not “have a personal stake in the availability of funds.”

Approximately two million Black people may not have been counted in the 2020 Census: The Washington Post reports that “two new analyses suggest the 2020 Census may have undercounted Black people at a significantly higher rate than usual,” which could lead to Black communities losing out on “fair representation and funding over the next 10 years.” The newspaper also notes that “the Census Bureau has not yet released data that would allow comparisons of 2020 Census results with earlier estimates to assess the survey’s accuracy,” but if the analyses are accurate, the “2020 Census count of people who identified as Black alone could be approximately 2 million lower than it should be.” 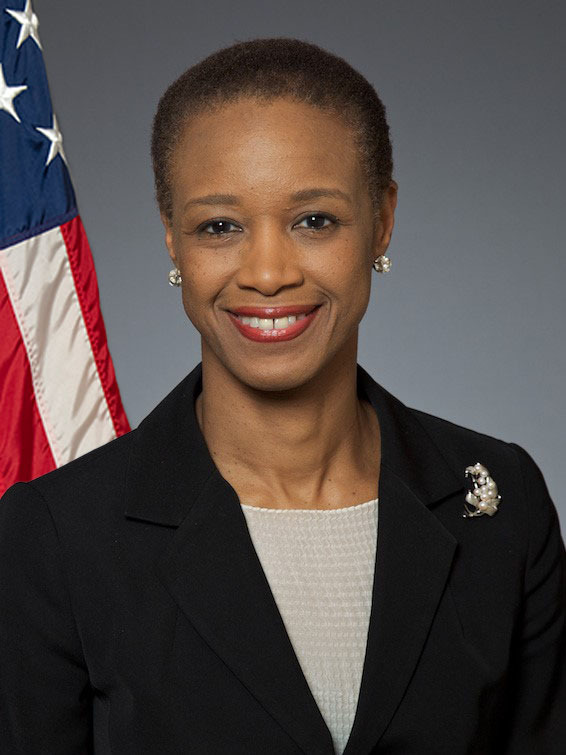 President Biden nominates Enoh T. Ebong for Director of the United States Trade and Development Agency: President Biden originally appointed Ms. Ebong as chief operating officer of the U.S. Trade and Development Agency (USTDA) in February 2021. Since then she’s served as acting director for the agency. As the White House notes, Ms. Ebong has served in a “variety of roles” at the USTDA from 2004 to 2019 including as the agency’s general counsel and deputy director and chief operating officer. Ms. Ebong earned her J.D. from the University of Michigan Law School, a Master of Arts in Communication from the Annenberg School for Communication at the University of Pennsylvania, and a Master of Arts in History from The University of Edinburgh, Scotland.

Redistricting affects Black voters across states: A new Texas congressional map approved by the Texas Senate will reduce “the number of districts in which Black and Hispanic residents make up the majority of eligible voters.” However, in California, the redistricting process will happen for the first time under ​​“a new state law that prioritizes keeping ‘communities of interest,’ including ethnic enclaves, together.” In Michigan, independent redistricting commissioners “agreed upon 10 drafts of statewide political district maps for residents to consider.” According to Michigan Live, the maps could “potentially produce seven Democratic seats and six Republican seats.” Bridge Detroit also notes that “while Michigan now has two districts with a majority of Black voters, that would drop to one with all maps, and be centered in Detroit. Other drafts preserve another district composed of a majority of minority voters, including Hispanics and other races.” 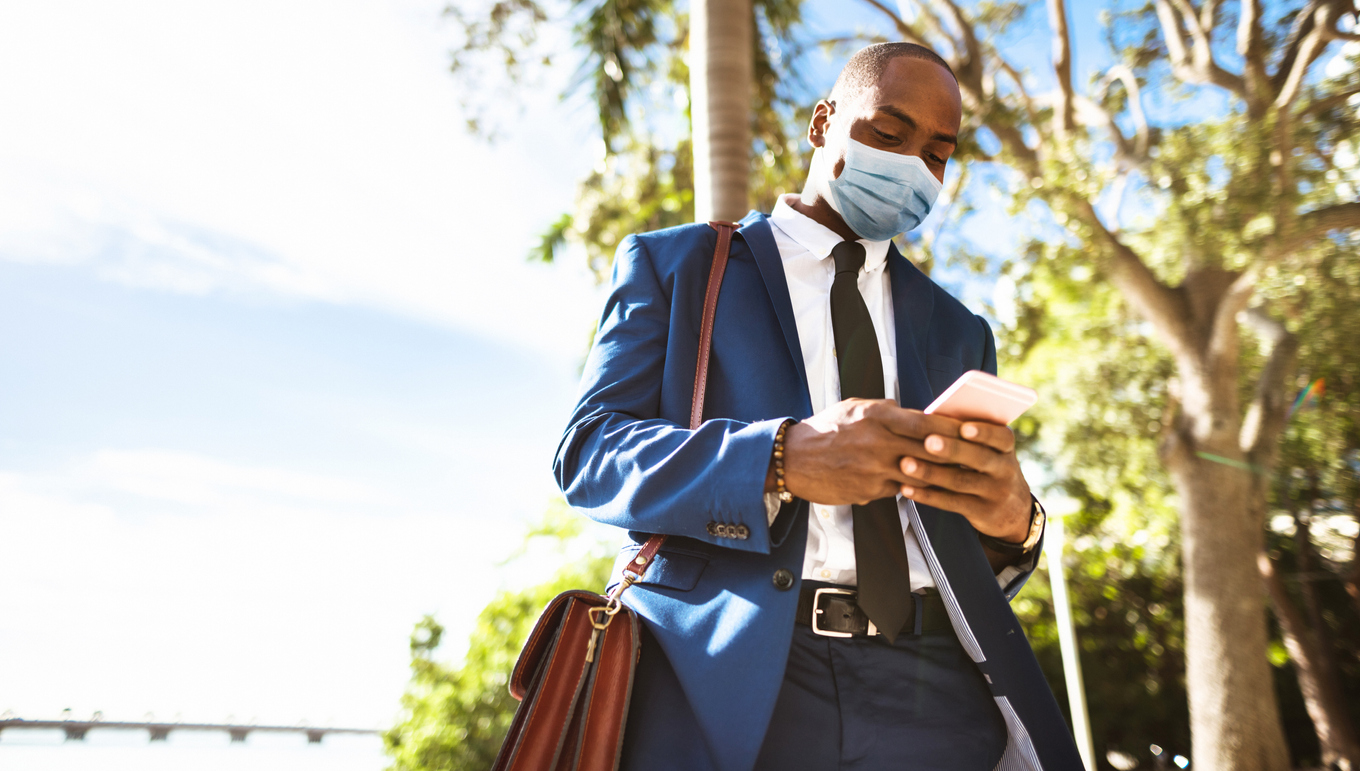 Measuring the diversity on K Street: Politico reports the Diversity in Government Relations Coalition launched an inaugural survey to measure the diversity of lobbying firms on K Street. In a statement provided by the coalition, Congressional Black Caucus Chair Joyce Beatty (D-OH) said “Diversity and inclusion performance in government relations is integral to advancing policies that reflect diverse perspectives throughout the private and public sectors.”

In a Bloomberg op-ed published last week, Joint Center President Spencer Overton co-wrote about our new project, “How to Advance Corporate Diversity in Compliance with the Law: A Toolkit.” After several discussions with top companies on the actions their companies could take to effectively counter systemic bias amid the murder of George Floyd, the Joint Center asked WilmerHale—a leading law firm—to create a toolkit for companies committed to addressing systemic bias while minimizing legal risks. The five-part toolkit provides insights on understanding bias and aligning incentives to values; best practices for improving hiring, recruitment, and retention of Black professionals in corporate America (from entry-level positions to the boardroom); and guidance on third-party business relationships.

“AT&T has never had a financial interest in OAN’s success and does not ‘fund’ OAN,” the company said in a statement, according to Newsweek. “When AT&T acquired DIRECTV, we refused to carry OAN on that platform, and OAN sued DIRECTV as a result. Four years ago, DIRECTV reached a commercial carriage agreement with OAN, as it has with hundreds of other channels and as OAN has done with the other TV providers that it carries on its programming.”

Upcoming congressional hearings include “Renewing Prosperity in the Industrial Heartland: An Economic Agenda for Forgotten Communities” (House Select Committee on Economic Disparity and Fairness in Growth, Oct. 18); “Hearings to examine health insurance coverage in America, focusing on the current and future role of Federal programs” (Senate Finance, Oct. 20); “Hearings to examine pending nominations” (Senate Judiciary, Oct. 20); “Modernizing the Congressional Support Agencies to Meet the Needs of an Evolving Congress” (House Select Committee on the Modernization of Congress, Oct. 21); and “The Equal Rights Amendment: Achieving Constitutional Equality for All” (House Oversight and Reform, Oct. 21).

Damon Hewitt, president and executive director of The Lawyers’ Committee for Civil Rights Under Law, issued a statement about the importance of the John Lewis Voting Rights Advancement Act being introduced in the Senate