Response to Haitian migrants’ crisis: Outrage spread after footage of Border Patrol agents on horses chasing and whipping Haitian migrants crossing the Mexican border into Texas was made public. In response to the footage, Vice President Kamala Harris said​​ “what I saw depicted, those individuals on horseback treating human beings the way they were was horrible,” and that she “fully support[s]” a “thorough investigation into what is going on there.” (The Department of Homeland Security has since launched a full investigation). Prior to Vice President Harris’s statement, White House Press Secretary Jen Psaki called the footage “horrific” and that the border patrol “should never be able to do it again.” She also noted that the United States government has “been working to provide a range of assistance, working closely with officials from the government as individuals are going back to Haiti, to provide a range of financial assistance, to provide a range of technical assistance.” AP reports that the “Biden administration plans the widescale expulsion of Haitian migrants from a small Texas border city by putting them on flights to Haiti starting Sunday.”

Congressional Black Caucus Chair Joyce Beatty (D-OH) said that her “heart aches for the people of Haiti,” and that she “will continue to fight to see that refugees are welcome in America, regardless of race or country of origin.” She stated that she contacted Secretary of Homeland Security Alejandro Mayorkas to “request that he immediately travel to the border to assess the situation and ensure that humanitarian assistance, including lavatory facilities, food, and water, is being provided to those being processed, especially children” and requested that a comprehensive briefing be provided to the Congressional Black Caucus on “the status of Haitian migrants and on whether alternatives exist for their relocation.” See additional statements from the NAACP and National Action Network.

The increase of Haitian migrants to the United States comes after a series of tumultuous events in Haiti including the assassination of the country’s president in early July followed by a magnitude 7.2 earthquake last month leaving over 12,000 injured, over 2,000 dead, and nearly 53,000 homes destroyed. On Thursday, Daniel Foote—the Biden administration’s special envoy to Haiti—resigned noting that he “will not be associated with the United States inhumane, counterproductive decision to deport thousands of Haitian refugees and illegal immigrants to Haiti, a country where American officials are confined to secure compounds because of the danger posed by armed gangs to daily life.” He also stated that the United States’s “policy approach to Haiti remains deeply flawed, and [his] policy recommendations have been ignored and dismissed, when not edited to project a narrative different from my own.” 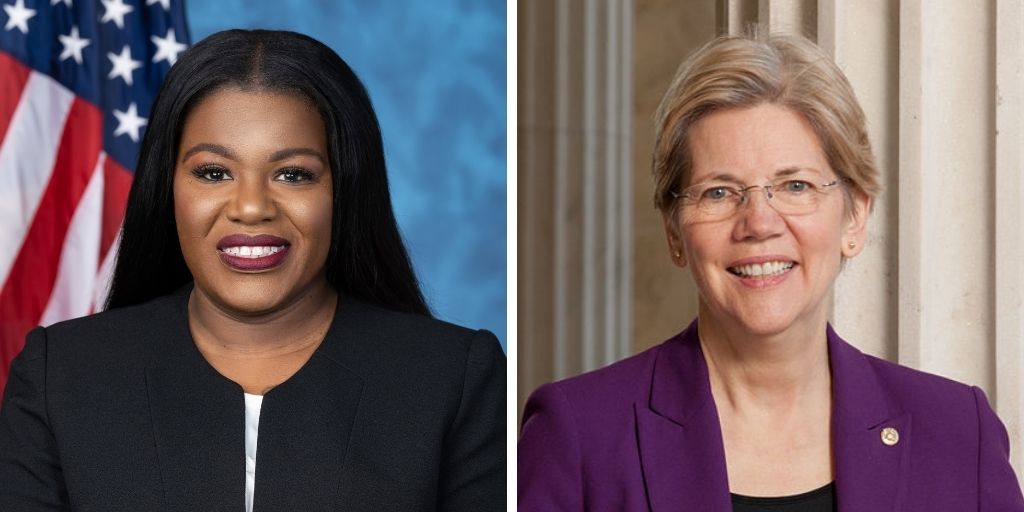 Congresswoman Bush and Senator Warren take action on eviction moratorium: The Hill reports Congresswoman Cori Bush (D-MO) and Senator Elizabeth Warren (D-MA) “introduced a bill that would give the Department of Health and Human Services (HHS) the unilateral power to impose a federal eviction moratorium in the interest of public health.” Last month, Brookings explained why the “coming eviction crisis will hit Black communities the hardest.”

Update on budget reconciliation: The Hill reports Senator Joe Manchin (D-WV) said President Biden asked lawmakers to name their preferred price tag for the budget reconciliation bill. The “House and Senate Democrats approved a budget resolution earlier this year that allows them to pass a bill of up to $3.5 trillion without GOP support in the Senate,” but there are disagreements from moderates including Senator Manchin and Senator Krysten Sinema (D-AZ) who say $3.5 trillion is too high.

Funding HBCUs: Congresswoman Alma Adams (D-NC) called for her Congressional Black Caucus colleagues to join her in opposing the reconciliation package “unless it boosts spending for HBCUs, in part by changing how the funding is awarded,” reports Bloomberg Government. In the “Dear Colleague” letter, Congresswoman Adams says the “current language [of the bill] would dictate that all types of MSIs will compete for the same pot of funding” and that “[i]f this language as written becomes law, it is accurate to say that HBCUs will only successfully compete for pennies on the dollar.”

Upcoming congressional hearings include “Hearings to examine CARES Act oversight of the Treasury and Federal Reserve, focusing on supporting an equitable pandemic recovery” (Senate Banking, Housing, and Urban Affairs, Sept. 28); “How to Save a Life: Successful Models for Protecting Communities from COVID-19” (House Education and Labor, Sept. 28); “Modernizing the Congressional Support Agencies to Meet the Needs of an Evolving Congress” (House Select Committee on the Modernization of Congress, Sept. 28); “The Disinformation Black Box: Researching Social Media Data” (House Science, Space, and Technology, Sept. 28); and “Assessing the Federal Government’s COVID-19 Relief and Response Efforts and its Impact – Part II” (House Transportation and Infrastructure, Sept. 30). 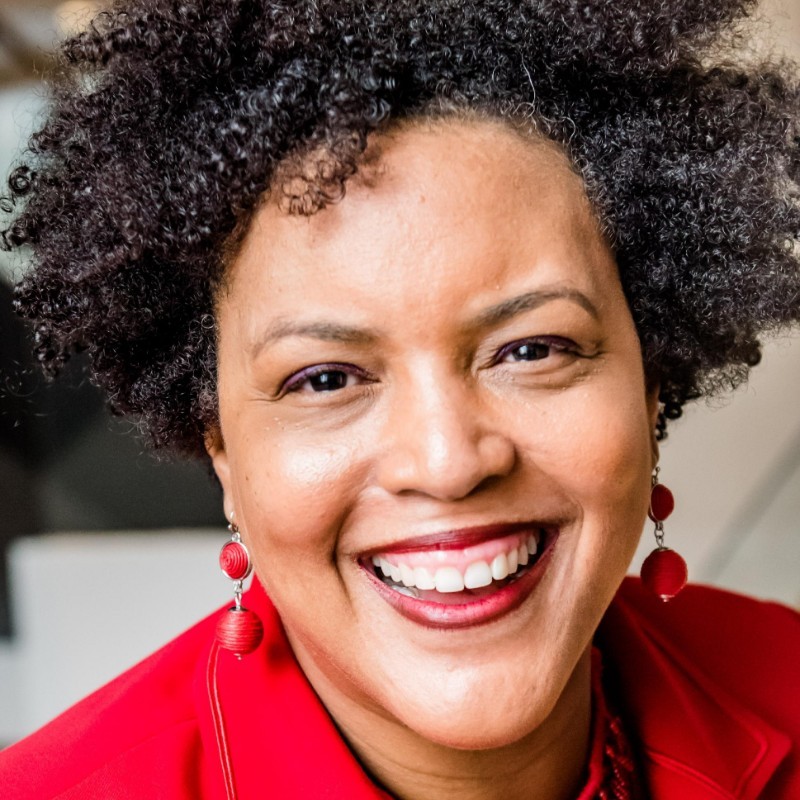 Biden appoints Demetria L. McCain to be Principal Deputy Assistant Secretary for the Office of Fair Housing and Equal Opportunity at HUD: Ms. McCain previously served as an Adjunct Faculty Instructor within the Political Science Department at Coppin State University. For almost 16 years, she also served as the President of the Inclusive Communities Project. 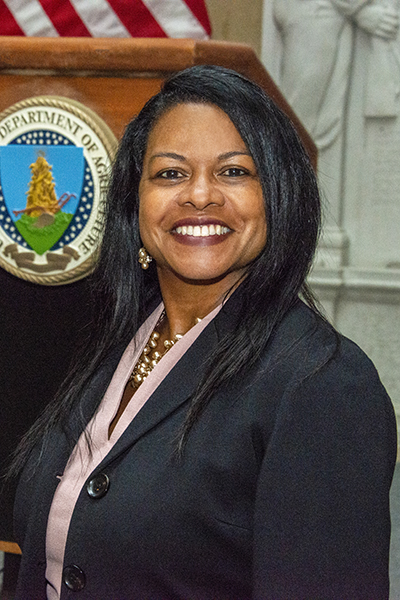 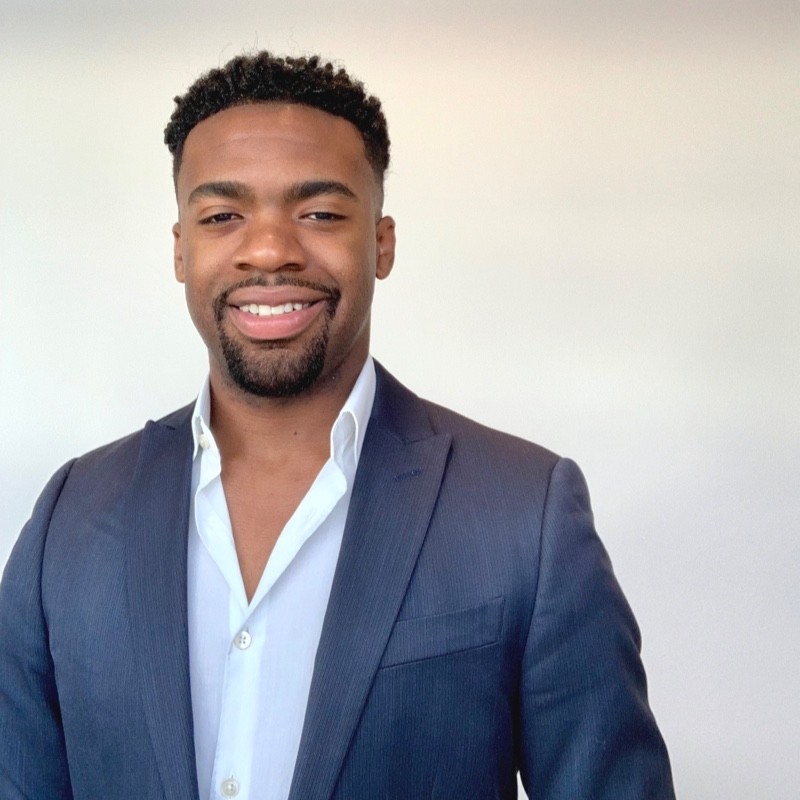 Biden appoints Freedom Alexander Murphy to be Deputy Press Secretary at the Department of Housing and Urban Development: Mr. Murphy previously served as the Deputy Director of Communications at Fair Fight Action. He also served as Communications Associate for War Room at the Center for American Progress. 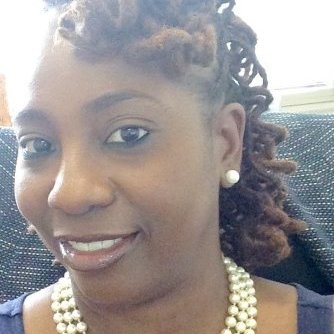 Biden appoints Mia N. Pittman to be Deputy Assistant Secretary for Risk Management and Regulatory Affairs at the Federal Housing Administration: Ms. Pittman previously served as an SVP for Credit Risk Review at National Cooperative Bank. She also served as a Credit Risk Examiner at the Federal Deposit Insurance Corporation. 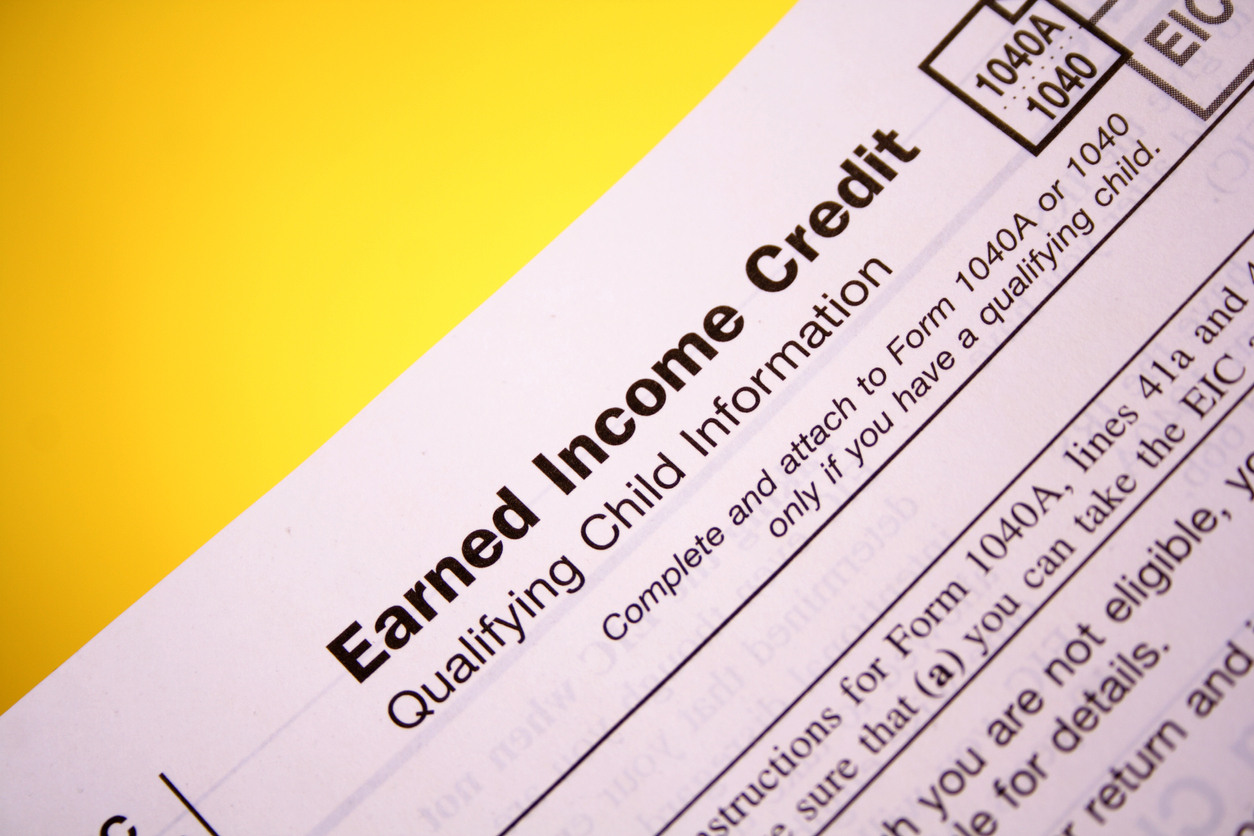 Emergency aid saved thousands: Income losses and poverty would have been far worse during the pandemic without government safety nets, including stimulus checks and expanded unemployment, the Census Bureau reveals. Median Black household incomes fell the least of all racial-ethnic groups, at 0.3 percent. However, the income divide remains large, with Black household income at just 61.2 percent of white household income in 2020, according to the Economic Policy Institute.

More rental assistance on the way: The Treasury Department is disbursing $13 billion in federal eviction assistance to states and localities that have committed at least 75 percent of their second round of such funding, Politico reports.

Money for computers: Rep. A. Donald McEachin (D-VA) and Sen. Raphael Warnock (D-GA) have introduced legislation to authorize the FCC to provide vouchers of up to $400 for low-income families to purchase laptops, tablets, and desktop computers. Forty percent of low-income adults have no desktop or laptop computer.

FCC should conduct an equity audit: A broad coalition of civil rights, media, and community organizations has joined congressional leaders in calling on the Federal Communications Commission to conduct an equity audit into the history of systemic racism in its policies and licensing. The coalition’s support follows an initial letter sent to the FCC by Reps. Jamaal Bowman (D-NY), Yvette Clarke (D-NY), and Brenda Lawrence (D-MI) along with 22 other congressional colleagues.

Broaden AI risk assessment: A group of 34 civil rights, tech, and advocacy organizations is calling on the National Institute of Standards and Technology to include discrimination in assessments of risk when using artificial intelligence, FedScoop reports.

Challenging big tech: Chris Gilliard, a community college professor in Detroit, is challenging the tech industry’s marketing of surveillance tools, charging that they amplify biases and lead to discrimination, including redlining and racial profiling, the Washington Post reports. 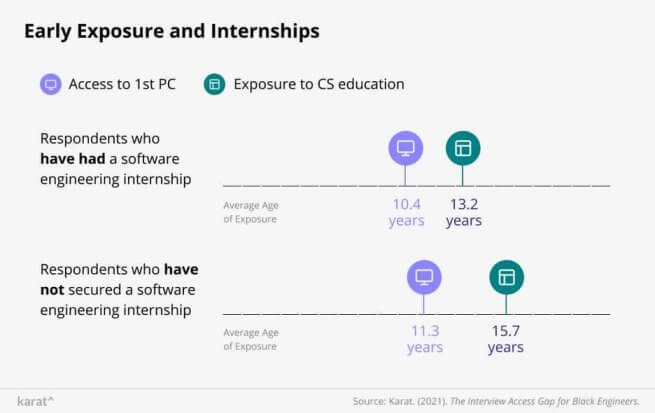 The return to work slows: While the economy recovered more than 4.2 million jobs in the first half of 2021, Black workers were slower to return to jobs than white workers. In the first six months of the year, 18 percent of Black unemployed workers returned to work, a rate about 5 percentage points below white workers, according to the Center for Economic and Policy Research.

Rebuilding equity through manufacturing: The manufacturing sector could advance racial justice by employing more Black workers in new infrastructure projects and by leveraging the American Jobs Plan to dismantle structural racism, argued labor experts and practitioners during a virtual discussion hosted by The Century Foundation. 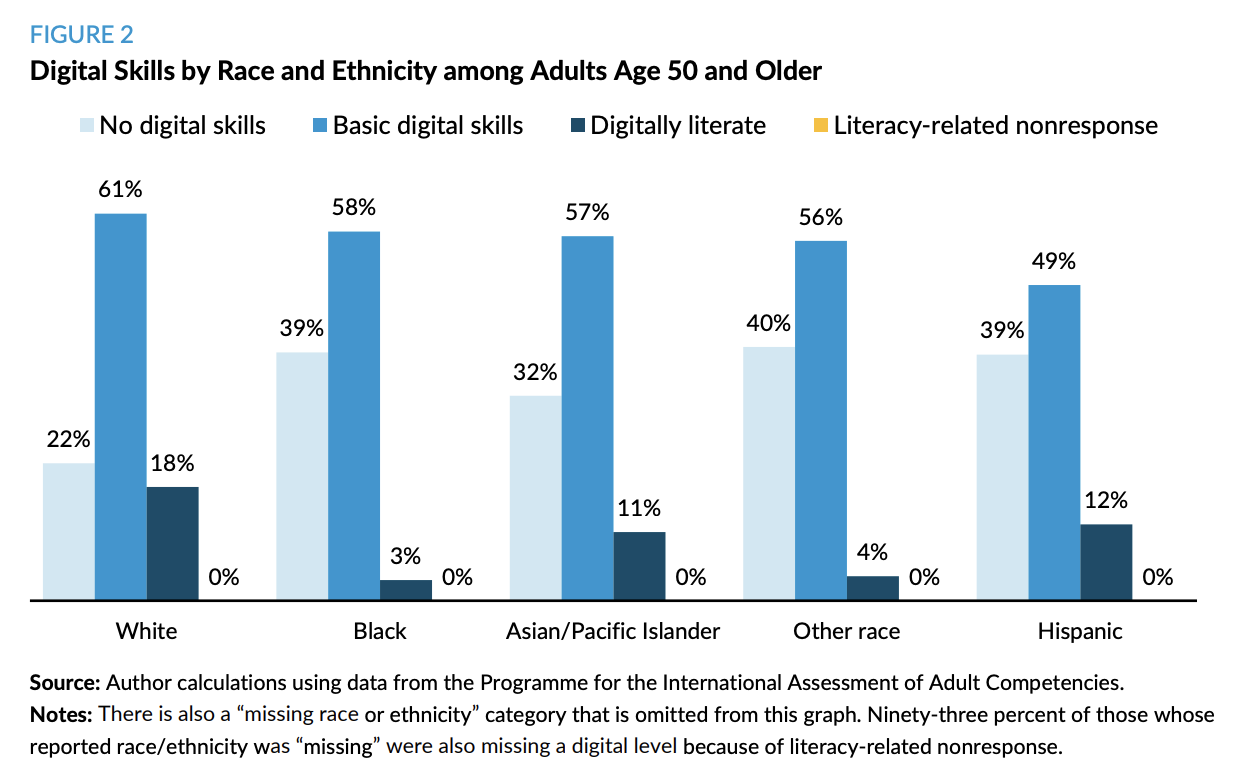 Harris, CBC get behind Black Voter Day: The second National Black Voter Day gains the backing of both Vice President Kamala Harris and the Congressional Black Caucus. CBC Chairperson Joyce Beatty (D-OH) will introduce a House resolution designating the third Friday of September as National Black Voter Day, The Hill reports. The National Urban League and BET started the campaign in 2020 to encourage Black Americans to register to vote ahead of the presidential election. 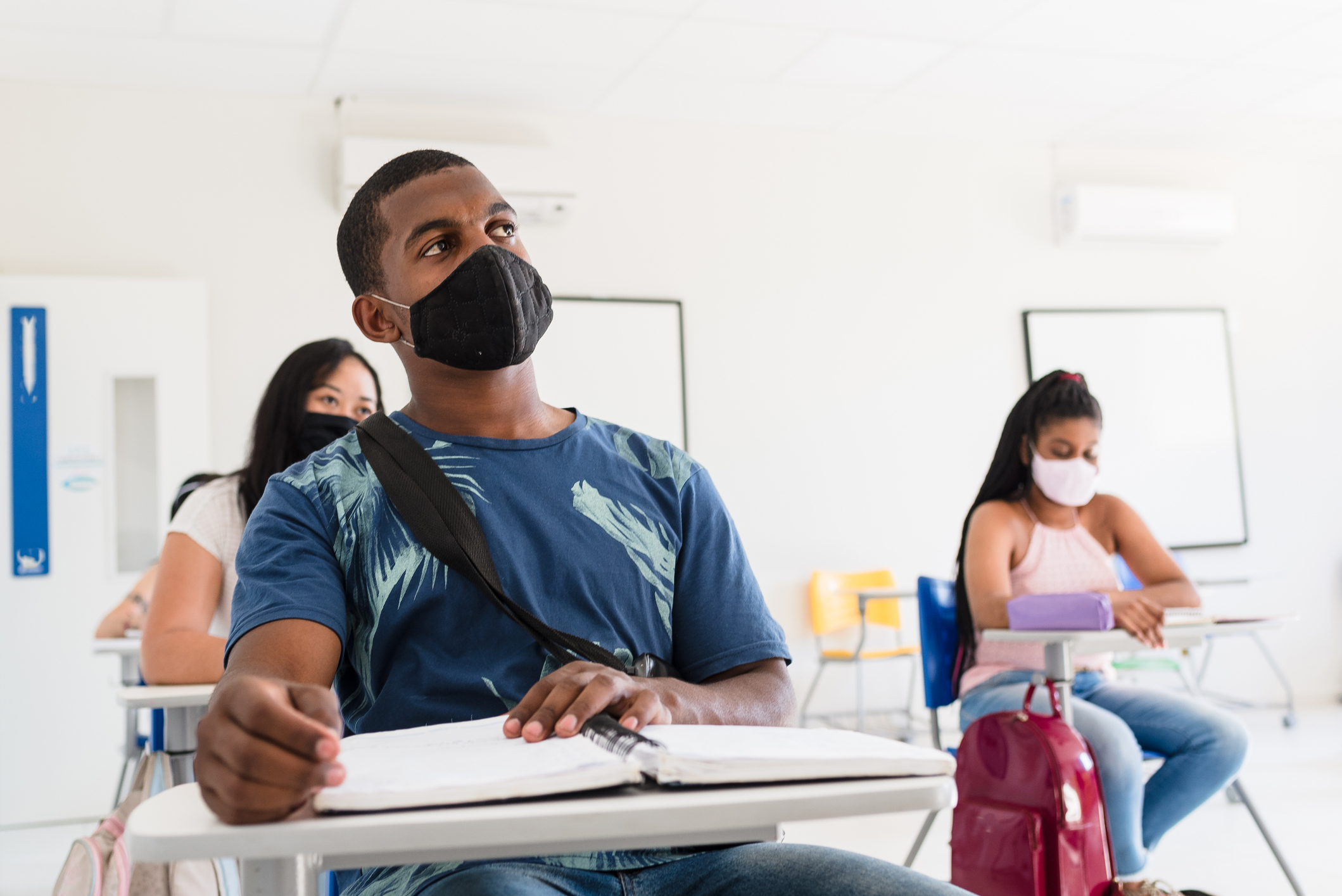 SCOTUS fails Black people, again: Brookings considers the Supreme Court’s rejection of the nationwide moratorium on evictions as just the latest in a long track record of decisions harmful to Black households.

Gerrymandering doubts: A growing recognition among Democrats that white voters will elect Black candidates is calling into question the continued usefulness of gerrymandering as a way to create districts with pluralities of Black voters, argues a Wall Street Journal columnist.

Putting an unlikely alliance to the test: A 50-year-old redistricting pact between Black Democrats and white Republicans in Missouri will be tested when lawmakers return to session to redraw congressional boundaries, NPR reports. Under the arrangement, the state’s first congressional district retains a plurality of Black voters, while largely ceding the state’s suburban districts to the GOP.

Grim milestones: 1 in 500 Americans have died from COVID-19 since the virus first appeared 19 months ago. The mortality rate for Black Americans is 1 in 480 vs. 1 in 1,300 for white Americans, the Black Wall Street Times reports.

Vaccine mandate is warranted: Three Yale faculty argue in a Fortune op-ed that the rapidly escalating rates of COVID-19 deaths and hospitalizations in the South, including South Carolina and Florida, are justification for the Biden administration’s vaccination mandate, a move opposed by political leaders in the region.

Black parents are worried about their kids: Black families are facing significant challenges as kids head back to school, a new survey of teachers, parents, and students finds. More than 65 percent of Black parents reported that their children had experienced learning challenges, the Black Wall Street Times reports.

National Urban League and Third Way partner to create the Alliance for Entrepreneurial Equity, aimed at creating an agenda of policies that equalize access to capital and create networks and markets for women and minority entrepreneurs.

The U.S. Chamber of Commerce Foundation announces that their grant program, Coalition To Back Black Businesses, is now accepting applications. This program will provide $5,000 grants to small Black business owners. 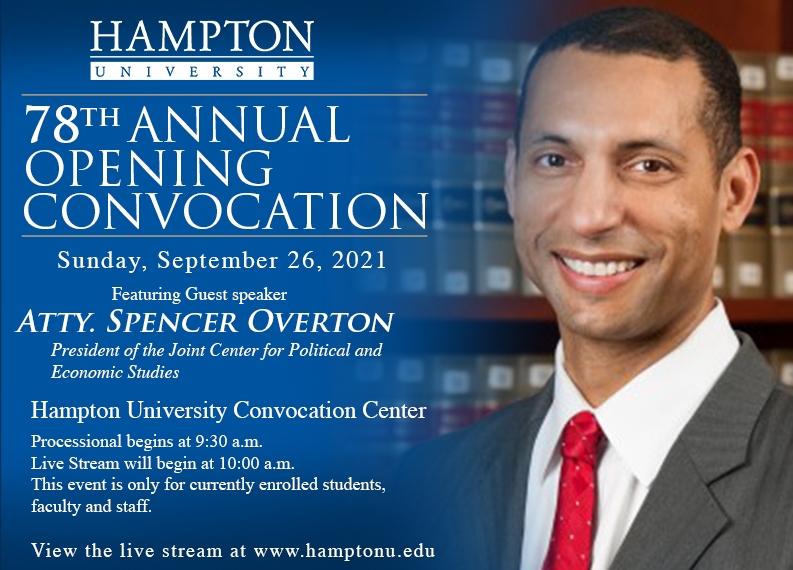 Joint Center President Spencer Overton is giving the convocation address this upcoming Sunday at 10am ET at his alma mater, Hampton University. To watch the livestream, go here.

Other upcoming events include “The Future of Work in Rural America” (Future of Work Caucus, Sept. 27); “Accessing the vote: A case for tax-time registration” (Brookings Institution, Sept. 28); “Listening to Recent High School Grads: ‘Be Mindful of What We Have Gone Through” (Strada, Sept. 29); “The Future of Work for the 50+” (AARP, Sept. 29); and “A Blueprint for Racial Equity in Business: Building a Just Future Together” (B Lab US & Canada + the Corporate Racial Equity Alliance, Sept. 30).

Transforming a Prestigious HBCU (Future U)