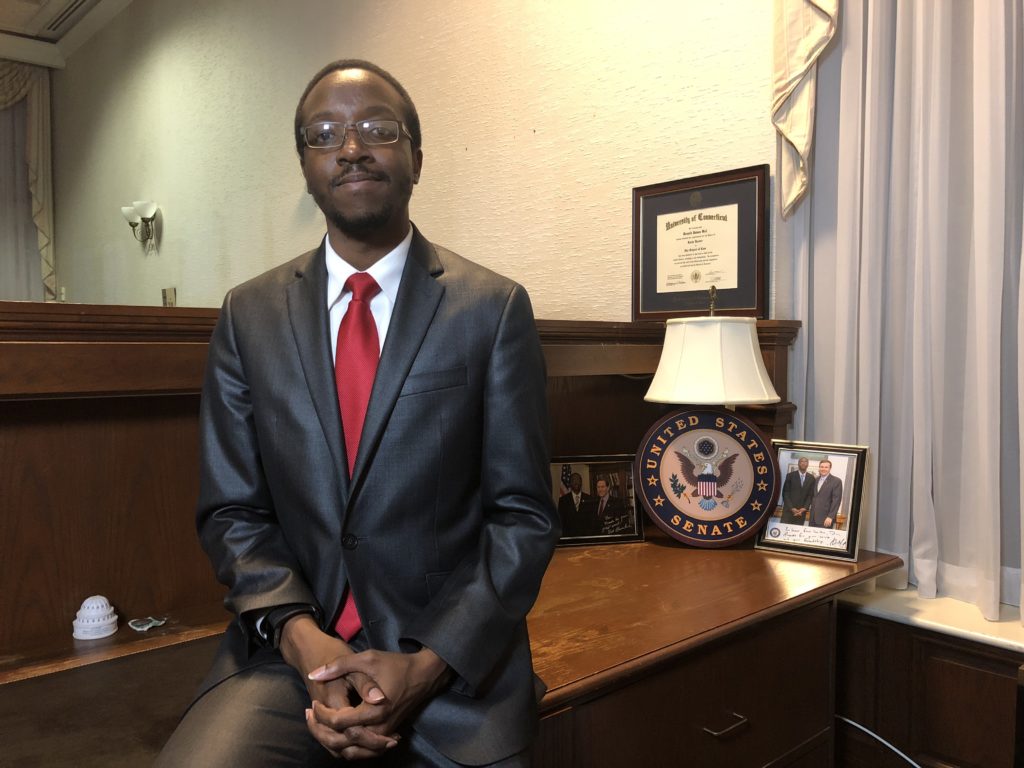 What a difference two years can make. As I depart from the Joint Center to continue my career in public service in my home state of Connecticut, I wanted to take a moment to reflect on this incredible journey. The Joint Center played a critical role in changing the face and culture of Capitol Hill, and I cannot adequately describe how proud I am of the work done to bring us to this place.

My passion for increasing diversity began as a Senate staffer. When I started, there was no guarantee that change would come. As I left the Senate, I needed to decide whether I would return to Connecticut immediately, or continue the nascent diversity work which was starting to have an impact. I decided on the latter by joining the Joint Center because I knew that we had not yet reached a place where meaningful change had taken root. I felt a duty to see things through.

I could not have imagined that the Joint Center’s congressional staff diversity work would have this much impact. The number of top Black Senate staff tripled. In the House of Representatives, the incoming class of top staff was more diverse than the previous class of Members as of our September 2018 report Racial Diversity Among Top U.S. House Staff. As the manager of a database early in my tenure, I worked with hundreds of candidates and saw many eventually hired into significant roles on and off Capitol Hill. Working directly with individuals to provide assistance and counsel might have been the highlight of my work, as I provided more than merely placement assistance. I provided hope.

Even then, Capitol Hill hires were just one area of focus. Understanding that hires without institutional changes would not fundamentally change Congress, we worked to educate offices, staffers, and constituents on the subject of diversity in government and worked toward institutional changes that would become the foundation upon which a truly diverse and inclusive Congress could be built.

In the last two years, we saw significant institutional changes in both the U.S. House and U.S. Senate, including the first ever and now annual collection of demographic data by the Senate Democratic Caucus, the adoption of the Rooney Rule by Senate Democrats, and the establishment of the U.S. House Office of Diversity, Equity, and Inclusion through a rules package passed in January 2019. I depart knowing that the Joint Center has solidified its national profile as a leader in the congressional staff diversity space through the publication of seven reports, as well as commentaries and work cited in the New York Times, Washington Post, USA Today, and numerous local newspapers. We still have a long way to go to get to where we need to be as a country when it comes to diversity and inclusion in our most representative branch of government, but the Joint Center’s role in leading efforts to make Congress fully representative of all Americans will continue.

None of these successes would have been possible alone. I am humbled to have worked with such talented team members, past and present, at the Joint Center and elsewhere, who have lifted me up, fought alongside me, and helped make my shortcomings a little less glaring. I am thankful to the Democracy Fund, Hewlett Foundation, NALEO Educational Fund, Knickerbockers, and many other friends on and off the Hill that has given me the confidence in the future success of our shared mission to step away and focus on returning home to serve my community.

I am eternally grateful to the Joint Center and my colleagues for proving once again that a dedicated team can take on the greatest of challenges. I look forward to seeing this work continue, and I am excited to see what the Joint Center does next.