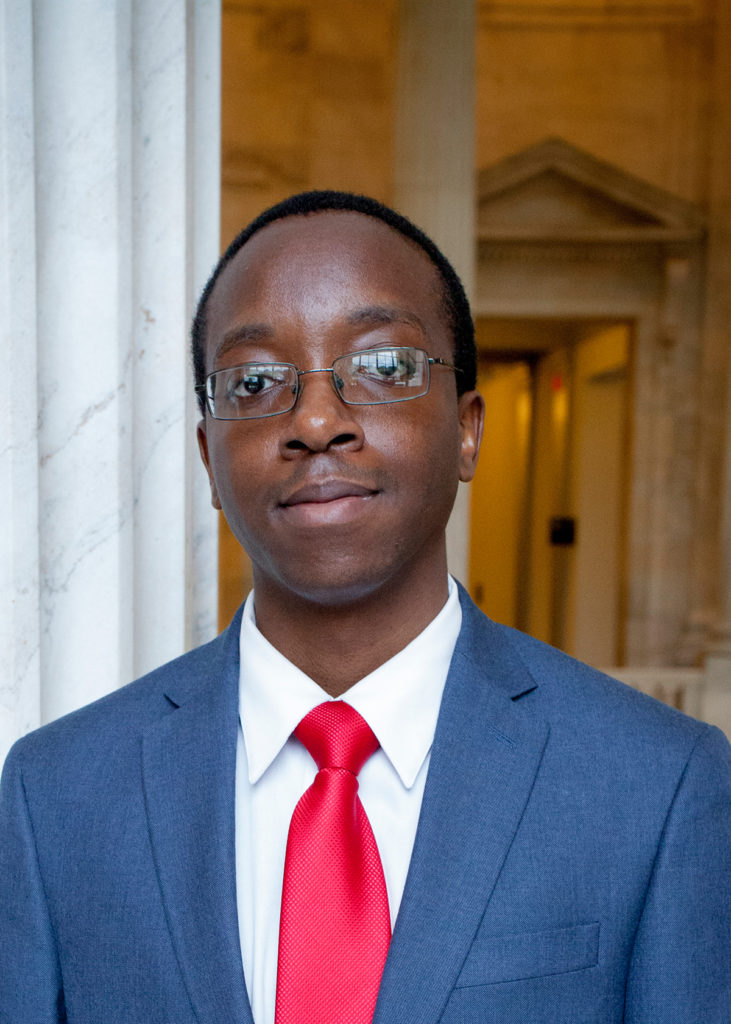 The former President of the Senate Black Legislative Staff Caucus Will Lead the Joint Center’s Efforts to Close Gap in Black Representation in Federal Government (WASHINGTON, D.C.) The Joint Center for Political and Economic Studies a nonprofit public policy organization that conducts research and designs policy solutions to improve life in communities of color, announced today that Don Bell, former president of the Senate Black Legislative Staff Caucus, has been hired as director of the Black Talent Initiative. In this position, he will lead the Joint Center’s work to promote diversity on the Hill and increase the number of African Americans in appointed positions in the federal government. A 2015 Joint Center report found that while people of color make up over 36 percent of the U.S. population, they hold only 7.1 percent of top staff positions in the U.S. Senate.

“Don was an innovator in the Senate: he drew much-needed attention to the extreme lack of diversity among Senate staffers,” said Spencer Overton, President of the Joint Center for Political and Economic Studies. “I can’t think of anyone better-qualified to spearhead the Joint Center’s new initiative to recruit top African-American talent to the Hill.”

“Don Bell is an outstanding choice to lead the Joint Center’s efforts to bring increased diversity to the ranks of the federal government. Don has been a passionate and effective leader in efforts to improve staff diversity in Congress, and look forward to him continuing this vital work, and seeking to make change across our government, in his new role. We have a long way to go, and Don is someone who has proven that he won’t rest until we achieve true diversity in our federal workforce,” said Sen. Cory Booker (D-NJ).

It’s a rare thing when a passion and a career come together. I have high expectations for Don to continue to rip off the proverbial band-aid and can’t wait to see what he does in his new role,” said Jennifer DeCasper, chief of staff to Sen. Tim Scott (R-SC). “Kudos to the Joint Center and Spencer Overton for this brilliant hire. The Senate’s loss is your gain.

“I’m thrilled to be able to expand upon the work I did in the Senate to increase diversity and help others reach their full professional potential at the Joint Center,” said Bell. “It is a democratic imperative to ensure that people of all backgrounds, experiences, and communities have a voice in the decision-making room as policy is being made for the country.”

Bell will lead The Initiative with an ambitious agenda for 2017.
Placement and Professional Development:The Black Talent Initiative will use a talent bank to match the résumés of strong African-American candidates to one or more of the 6,038 positions on the Hill. It will support candidates with mock interviews and a series of professional development sessions.Recognition of Success: The Initiative will recognize Members of the U.S. Senate and House who have contributed significantly to staff diversity during the CBC Annual Legislative Conference in September 2017.Research:The Joint Center will release a report on Diversity Among Top House Staff and will start research on a follow-up report on diversity among top Senate staff and a new report on diversity among Senate legislative assistants.

Public Education: The Initiative will publish a series of briefs and organize regular conference calls to educate state and local community and civil rights organizations, media outlets (including African American and Latino outlets), and elected officials about the importance of congressional staff diversity.Bell joins the Joint Center after three years working on Capitol Hill, and making significant contributions to staff diversity as President of the Senate Black Legislative Staff Caucus (SBLSC). He was elected to the position in 2016 and during his term, he conducted a groundbreaking census of Black Senate staffers that inspired the current diversity movement. Bell has been a leader in advocating for greater Senate staff diversity and organizing an inside/outside movement that has drawn national attention to the pervasive lack of diversity among Congressional staffers. A Connecticut native, Bell most recently served as counsel to the most recent ranking members on the Senate Committee on Veterans’ Affairs, Senator Richard Blumenthal (D-CT) and Senator Jon Tester (D-MT). He received both his undergraduate degree and law degree from the University of Connecticut.For more information or to schedule an interview, please contact jschechter@skdknick.com or (917) 282-2754.