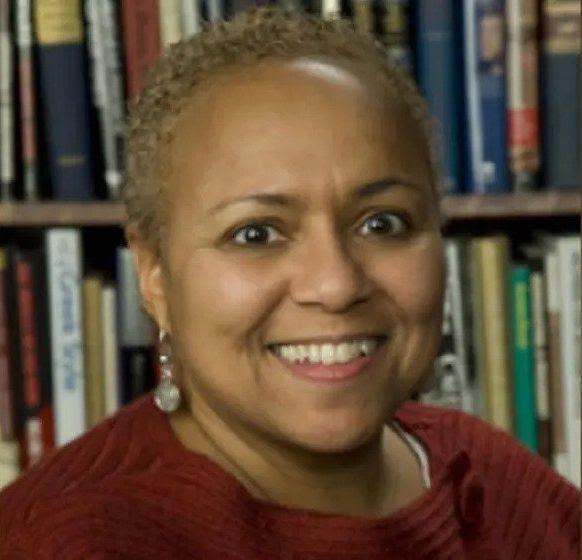 Harris announces Black Chief of Staff: Vice President-elect Kamala Harris named lawyer Tina Flournoy as her chief of staff. Since 2013, Flournoy has worked as the chief of staff for former President Bill Clinton, and before that she held several leadership positions at the American Federation of Teachers and the DNC. 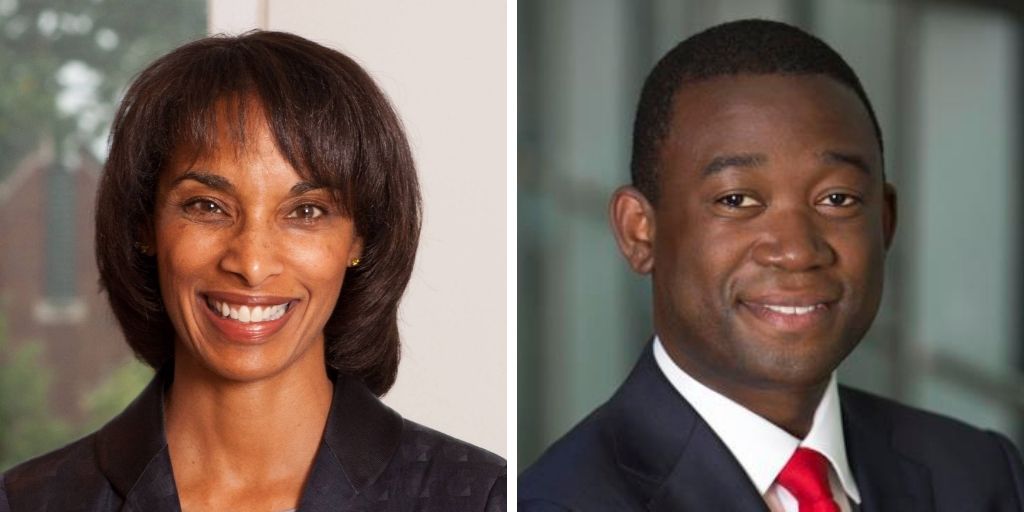 Biden appoints Rouse and Adeyamo: President-elect Joe Biden selected economist and Princeton School of Public and International Affairs Dean Cecilia Rouse as his nominee for Council of Economic Advisers Chair. If confirmed, she would be the first Black chair of the agency, and Biden indicated the position would be a part of his Cabinet. President-elect Biden also nominated Adewale “Wally” Adeyamo to serve as Deputy Treasury Secretary. If confirmed, he would be the first Black person in the role.

Civil rights groups look to meet with Biden: Several civil rights organizations urged President-elect Biden to “appoint Black nominees to the remaining high-profile Cabinet posts,” according to Washington Post, arguing that President-elect Biden “largely put Black officials in lower-profile positions or in jobs that include ‘deputy’ in the title.”

Joint Center President Spencer Overton issued the following statement on working with the Biden-Harris Transition:
“Our message has been the same since Election Day: the incoming administration must champion the hiring of top Black talent. We applaud the Biden-Harris Transition for the strong representation of African Americans in the leadership of agency review teams and in the historic appointments of people like Cecilia Rouse to Chair the Council of Economic Advisers and Wally Adeyemo to serve as Deputy Secretary of the Treasury. We also value the appointment of Tina Flournoy as the Vice President-elect’s chief of staff, and the communications appointments of Ashley Etienne, Karine Jean-Pierre, and Symone Sanders.
African Americans account for about 20% of Democratic voters and are regularly underrepresented in both Democratic and Republican administrations – especially in top spots. The President-elect has committed to change this trend, and Black voters across the country have put their trust in him. While the process is still early and there is much work to do, moving forward the President-elect must ensure strong representation of Black communities in his inner circle, cabinet leadership, and subcabinet leadership.
The Joint Center is currently working with 45 Black groups and 2100 Black professionals who have an interest in serving our nation as members of the administration. We have been working well with the Biden-Harris team for months now. In collaboration with our partner organizations, our goals are to ensure that the incoming administration is accountable to Black communities with regard to both personnel and policy, and to see the President-elect and our nation as a whole succeed.”

Spencer talks to NPR’s Michel Martin on appointments: Spencer joined NPR’s Michel Martin to discuss the debate about whether President-elect Joe Biden’s appointees are sufficiently progressive. Spencer emphasized the importance of racial diversity in cabinet officials as well as the over 4000 other presidential appointments—only about 1000 of whom are Senate-confirmed. Spencer heralded the President-elect’s appointment of former CBC Chair Cedric Richmond, and expressed concerns about rigid litmus tests that categorically prohibit corporate experience put forward by some “progressives.” Spencer noted that such tests could disqualify many strong Black potential appointees who are committed to Black communities. African Americans—who have average household wealth that is one tenth that of whites—are already regularly underrepresented in top positions in presidential administrations, in the offices of white Members of Congress of both parties, and in many “progressive” think tanks and advocacy organizations. 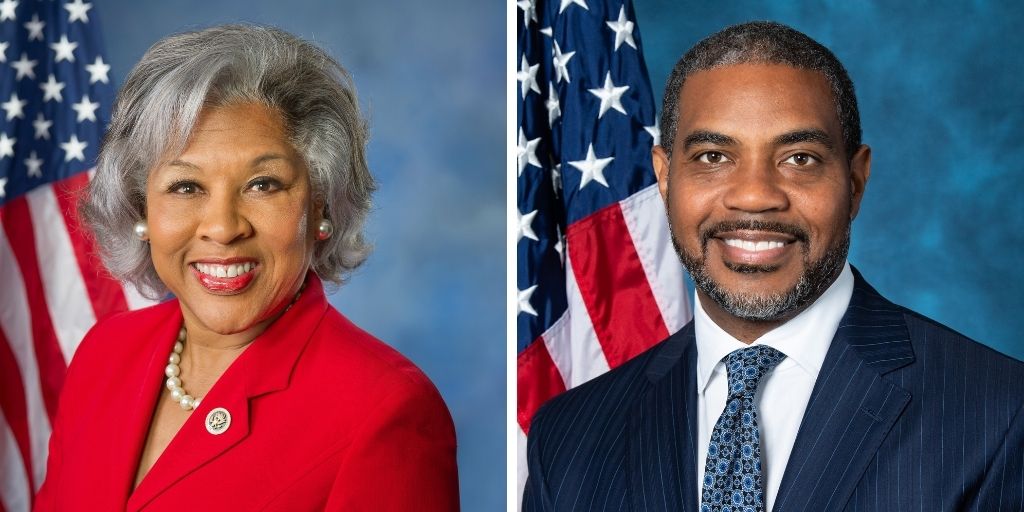 Congresswoman Beatty becomes CBC Chair-elect: Congresswoman Joyce Beatty (D-OH) was elected as the Congressional Black Caucus Chair for the upcoming Congress. In this Congress, Congresswoman Beatty served as 1st Vice Chair of the Caucus, and in the next Congress that position will be filled by Congressman Steven Horsford (D-NV). We look forward to hearing insights from both current CBC Chair Karen Bass (D-CA) and CBC Chair-elect Beatty at the Joint Center’s 50th Anniversary Eddie Williams Future of Black Communities Summit next week.
Economy, coronavirus dominate first meeting: The global pandemic and its continuing economic fallout were the main topics in the first in-person meeting of President-elect Biden and Vice President-elect Harris with House Speaker Nancy Pelosi (D-CA) and Senator Charles Schumer (D-NY).

Continued stimulus talks: A bipartisan group of lawmakers reached a compromise on a $908 billion plan for COVID-19 relief, far less than the $2.2 trillion updated HEROES Act passed by the House in October. The bipartisan plan would provide a $300 a week federal supplement to jobless benefits to last four months, $160 billion for state and local governments, and a temporary liability shield from COVID-19 related lawsuits for companies. Senate Majority Leader Mitch McConnell (R-KY) instead plans to push a smaller, partisan package that extends expiring unemployment benefits through the end of January and includes liability reform, but does not include state and local aid.
Mnuchin claws back relief funds: With coronavirus relief negotiations still deadlocked in Congress, U.S. Treasury Secretary Steven Mnuchin announced plans to move $455 billion earmarked for COVID-19 relief from the Federal Reserve back into the Treasury’s General Fund. Moving the funds, part of the $2.2 trillion CARES Act signed into law in March, would make access to them more difficult for President-elect Biden.

Economy weakens: Initial unemployment claims for the week ending November 21 totaled 778,000, up from 742,000 claims the previous week, and still above the pre-pandemic record high of 695,000 set in 1982. The uptick, weaker credit card spending, and a decline in restaurant reservations are seen as warning signs of a weakening economy. 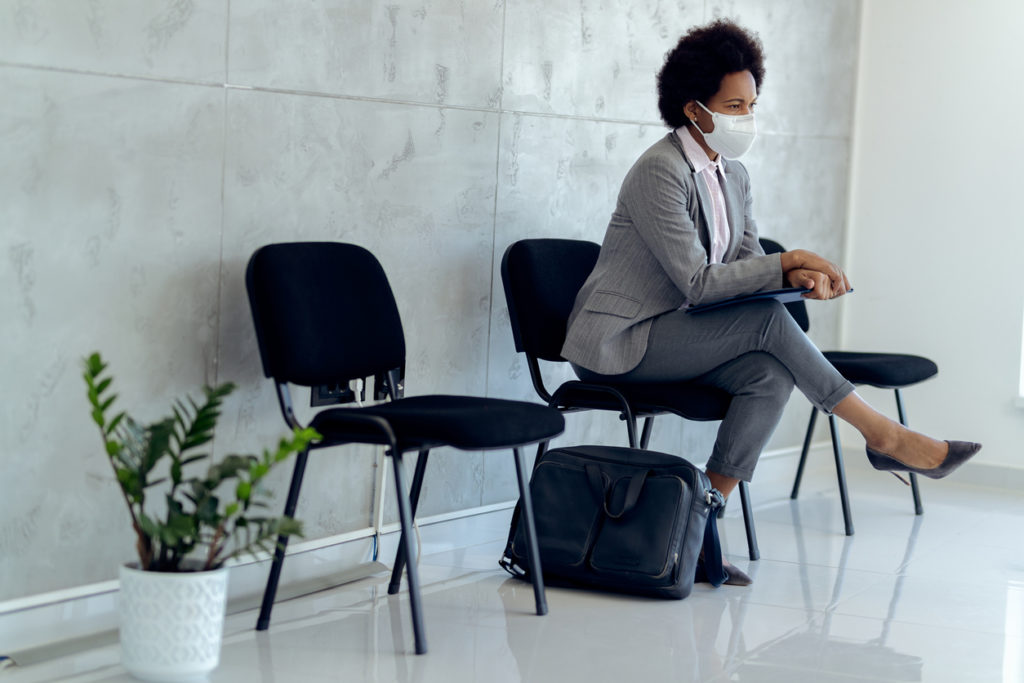 Not so merry Christmas: Fully 12 million Americans will lose jobless benefits provided through the CARES Act by the end of the year, according to the Century Foundation.

Renters falling behind: In early November, 33 percent of Black renters, 17 percent of Latina/o renters, and 16 percent of Asian renters said they were behind on rent, compared with 14 percent of white renters according to the Center on Budget and Policy Priorities. The Urban Institute offers four policy principles to ensure equitable housing access is free of structurally racist practices.

Paths to better jobs: The Center for Budget and Policy Priorities offers four steps states can take to retool their Temporary Assistance for Needy Families (TANF) employment programs because research shows that most recipients, the majority of whom are Black women and Latinas, leave the program for low-paying, unstable jobs.

A to-do list for equity: Third Way urges the Biden administration to do 21 things in 2021, including establishing equity watchdogs for a vaccination campaign, extending temporary unemployment insurance, and securing housing for families. Third Way notes that Black Americans have contracted COVID-19 three times more often than whites; Black and Latina/o Americans have seen higher rates of unemployment, and more Black and Latina/o adults have lived in households that were behind on rent during the pandemic. 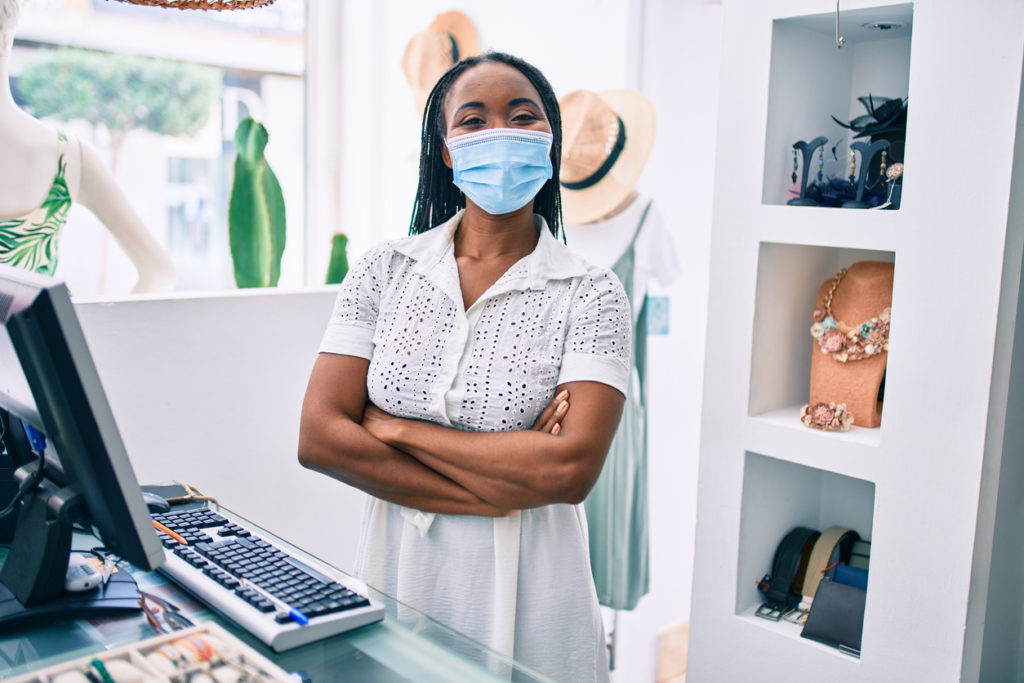 Unconscionable: The Michigan NAACP attacks a Trump campaign lawsuit seeking to throw out election results from Wayne County, Michigan as an “unconscionable” effort to disenfranchise Black voters in the state.

Rural surge narrows Black-white disparity: While Black people are twice as likely as white people to die from COVID-19, the rapidly increasing cases in predominantly white rural counties are narrowing the disparity.

Disparate impact: Non-Hispanic Black people were hospitalized due to coronavirus at nearly 4 times the rate of non-Hispanic whites between March 1 and November 7, according to the Centers for Disease Control and Prevention (CDC). Among children, COVID-19 cases were highest among Black and Latina/o youth, and Black and Latina/o people died from the virus at disproportionate rates over the summer. African Americans are still 37 percent more likely to die from COVID-19 than whites, despite rapidly declining coronavirus death rates (down by more than 80 percent since spring), according to the CDC. This disparity exists even after accounting for age, gender, and mortality rates over time, and “those higher case fatality rates for diagnosed people of color are on top of the increased infection rates for those unable to isolate at home because they are essential workers.”

Vaccine hesitation: A recently released survey finds that fewer than half of Black respondents would get a coronavirus vaccine even if it were free. Only 14 percent of Black people trust it will be safe, and only 18 percent trust it will be effective.

COVID-19 changed everything, except accreditation: Leaders in higher education discussed accreditation of Historically Black Colleges and Universities (HBCUs) in the wake of online instruction and other changes resulting from the COVID-19 pandemic.

Black women rising: The visibility and impact of Vice President-elect Harris and 2018 Georgia gubernatorial candidate Stacey Abrams have resulted in a new focus on increasing the number of Black women in higher education leadership. Inside Higher Ed notes that across all industries, Black women hold only 4 percent of management jobs while white women hold about 32 percent of such jobs. 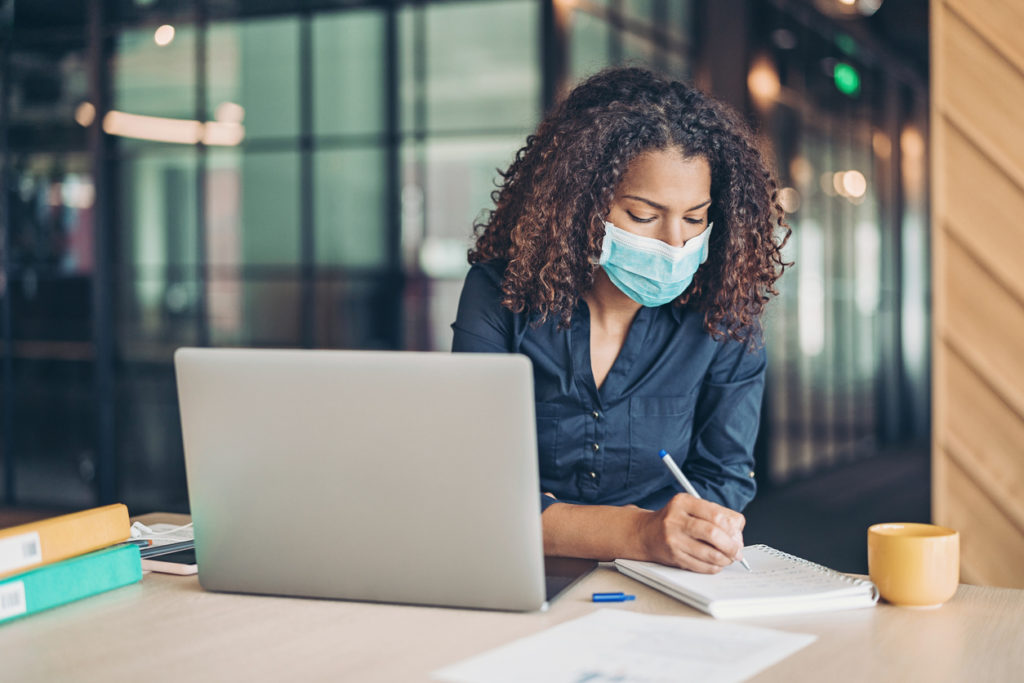 Digital skills lacking: Citing a significant digital skills gap among Americans, including 50 percent of Black workers who have limited or no digital skills, the National Skills Coalition is calling on the Biden administration to take steps to ensure that American workers and businesses are prepared for the digital age. 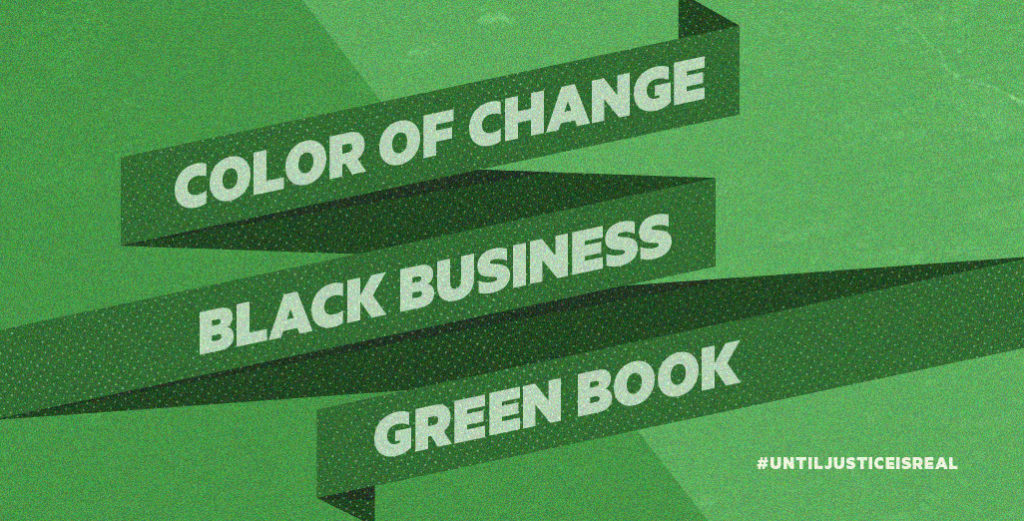 Color of Change asks for Black business referrals for their Black Business Green Book, a directory of Black owned businesses to patronize for the holiday season.

The National Council of Negro Women issues a letter to Georgia citizens uplifting the power of young voters of color and encouraging them to vote in the upcoming Georgia Senate run-off election.

Last week, events were held by Brookings Institution and the Global Institute for Women’s Leadership.

Rebuilding the learning ecosystem for the future of work (Working Nation)