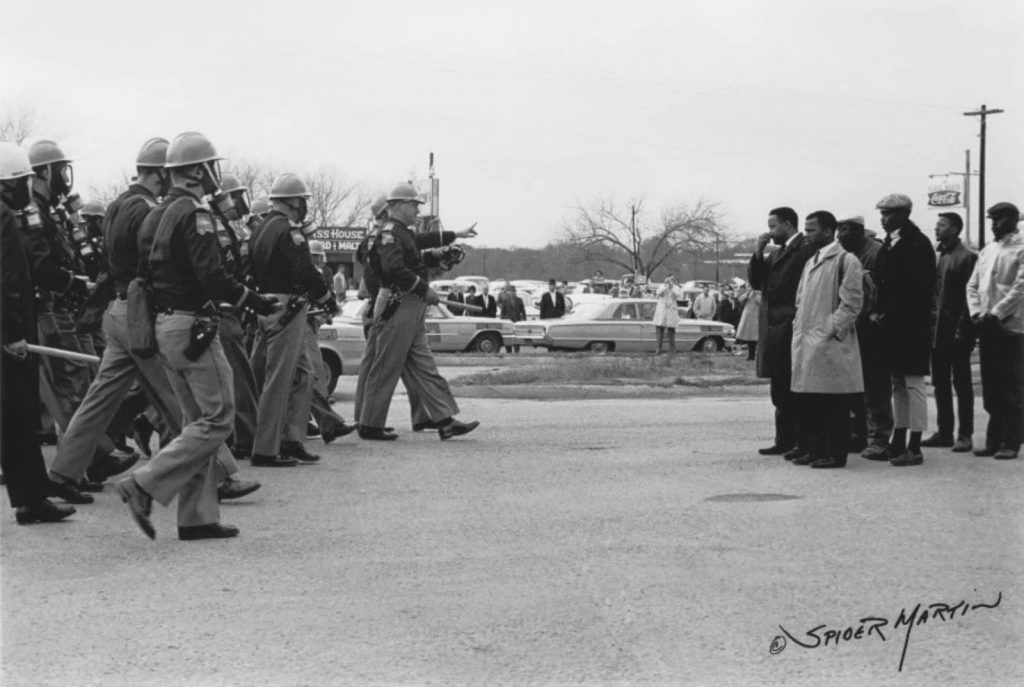 African Americans have come a long way politically over the past half-century, but disparities remain.

In the five decades since the passage of the Voting Rights Act, blacks have made significant strides in registering and turning out to vote, according to a new study. Yet, the policies enacted tend to better represent the interests of white Americans and blacks continue to be underrepresented in elected office.

“We’ve gone a long way, but we have a long way to go,” says Zoltan Hajnal, a professor of political science at the University of California, San Diego.

Hojnal and three other political science professors from across the country coauthored the study, published Tuesday, by the Joint Center for Political and Economic Studies, a non-partisan, non-profit think tank dedicated to expanding opportunity for people of color.

The report commemorates the 50th anniversary—this Saturday—of the “Bloody Sunday” march, in which Alabama state troopers and deputies brutally attacked a group of people marching from Selma to Montgomery for voting rights. Before the year was out, Congress would pass, and President Lyndon Baines Johnson would sign, the Voting Rights Act.

Since then, blacks have made significant strides in areas where they were once severely disadvantaged.

“The data show that the Voting Rights Act was the most significant action taken since the post-Civil War Reconstruction Acts to overcome Southern suppression of black voters,” the authors write.

The change was swift: the racial gap in voter registration in former Confederate states shrank from nearly 30 percentage points at the start of the 1960s to 8 points by the start of the next decade.

Turnout in the South saw a similar reversal. In 1956, voter turnout among blacks in once-Confederate states was roughly 50 percentage points lower than that for whites. That gap has narrowed since the Act was passed and Southern black turnout has been higher than white turnout in four of the 12 presidential elections since.

“Despite the fact that we’re increasingly diverse and already are reasonably diverse, the people who are in office are still largely white,” says Hajnal.

Still, representation for blacks is better, overall, than it once was. Since 1965, the number of African Americans in elected office grew from fewer than 1,000 to more than 10,000, the authors found.

Blacks also suffer a deep disadvantage when it comes to policy, the authors wrote. The policies enacted between 1972 and 2010 were in line with the self-reported interests of whites 37.6 percent of the time, the authors found, citing a recent analysis. Blacks were policy “winners” 31.9 percent of the time. That gap was about 14 times the size of the difference between men and women and 10 times the size of the gap between low- and high-income earners.