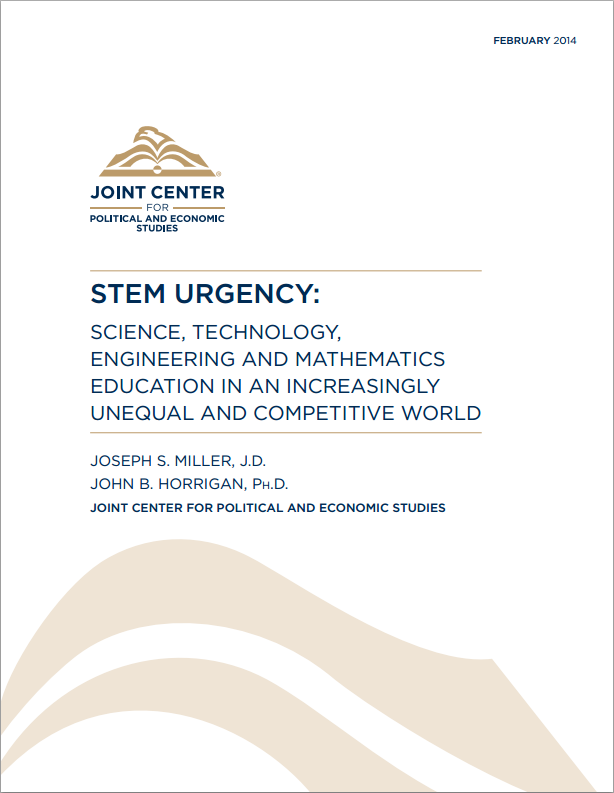 The technology sector in the United States continued to thrive during the Great Recession. The increasing need for high tech workers shielded the industry from the unemployment woes faced by the rest of the country. In fact, the number of workers needed by the technology industry far outpaces the number of Americans with the skills for these available jobs.

Meanwhile, many American public school students fail to graduate from high school on time. University-level graduation rates still trail many other industrialized nations, and the U.S. ranks 47th worldwide in math and science education. African Americans and Hispanic Americans, in particular, are ill-prepared for jobs in the technology sector – a particularly disconcerting prospect given the United States’ changing demographics.

In STEM Urgency: Science, Technology, Engineering and Mathematics Education in an Increasingly Unequal and Competitive World, the Joint Center for Political and Economic Studies explores the gaps in science, technology, engineering and mathematics (STEM) education among African American and Hispanic students. We discover that those most affected by the economic recession are those who are also not being prepared for jobs in science and technology, arguing that better STEM education can guide African American and Hispanic students to higher education and employment in a rapidly-growing industry.