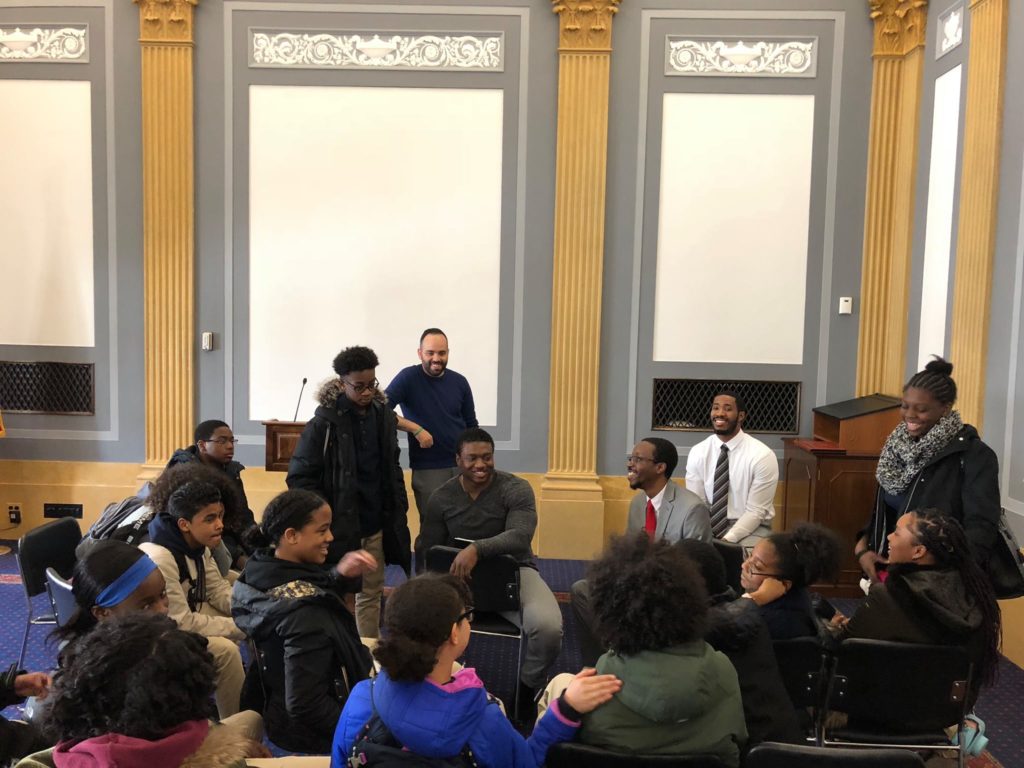 On March 15, Don Bell, Director of the Black Talent Initiative, spoke to Harlem Academy students in New York City about the importance of civic participation and diversity in government.The event was part of an annual event held by the offices of Senator Blumenthal of Connecticut and Senator Gillibrand of New York. Don Bell met with many passionate and talented students who had insightful approaches to policy and increasing representation in government. He spoke about his work increasing congressional staff diversity and advocating for changes to help ensure that the voices of both their generation and their communities will be heard on Capitol Hill.