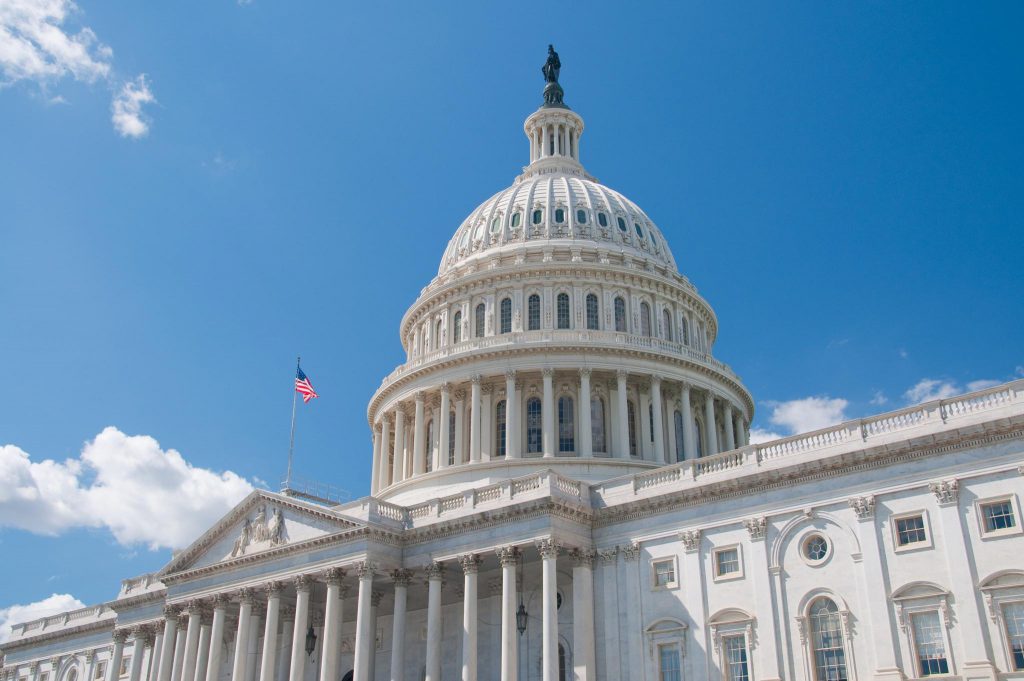 Joint Center December 14, 2016
Click here for a printable pdf of this fact sheet.

Currently, none of the 39 Staff Directors of full Senate Committees (both Majority and Minority) are Black or Latino.

Diversity remains a problem, however, for both Democrats and Republicans. For example, although African Americans account for 23% of Democratic voters, they currently account for far less than that percentage among Democratic top staff. Currently, Democrats have:

Why is the lack of diversity among top Senate staff a problem?

The U.S. Senate has the power to confirm:

All Senators should take several steps to increase diversity:

For a link to Senate Position Descriptions (Personal Office and Committee), click here.

“Bill Could Be Big Step Toward Increasing Diversity on Capitol Hill,” NBC Washington (January 16, 2017) (Discusses Senate Black Legislative Caucus proposed plan to create the Office of the Chief Diversity Officer of the Senate)>

“Schumer under fire for lack of diversity on Senate staff,” NY Post (January 12, 2017) (Discussed lack of Senate diversity and plans of Senator Chuck Schumer to appoint a Director of Engagement and to standardize “Rooney Rule”)

“CBC places Blacks in power on Capitol Hill,” Louisiana Weekly (January 9, 2017) (Discusses lack of diversity in Senate and the CBC’s commitment to inclusion)

“Lack Of Diversity In Hiring Plagues Senate On Both Sides Of The Aisle,”The Seattle Medium (January 11, 2017) (Discusses NUL roundtable on Senate Diversity and highlights specific Senators who should look to diversify their teams)

“Senate Staff Diversity Efforts Turn to New Congress,” Roll Call (December 1, 2016) (This article is an extension of the article written on November 29th. Although the Senate will become more diverse in 2017, their staffs still lack diversity. New efforts underway to produce outside pressure to make staffs more diverse. The article includes statements from individuals such as Maria Meier, who currently oversees the Senate Diversity Initiative in Sen. Reid’s office)

“Paul Ryan’s ‘White’ Selfie With Interns Shows Lack of Diversity in Washington,” The Guardian (July 18, 2016) (Article discusses the selfie Paul Ryan took with Hill interns last summer that was overwhelmingly white. The selfie was a visual illustration to help explain the lack of diversity in staff position. Because Hill experience is often necessary for a full time staff position, the lack of diversity among interns is something that should be addressed)
“New Report Reveals Top Senate Positions Remain Overwhelming White and Male,”The Network Journal (December 9, 2015) (Article highlights the key findings of the Joint Center report as well as provides commentary from Joint Center President Spencer Overton as to how to move forward. For the details of the Joint Center report, please see the last resource which outlines the statistics)
“The U.S. Senate Is Still One of the World’s Whitest Workplaces,”The Atlantic (December 8, 2015) (Article highlights that staff diversity in the top rungs of the Senate hasn’t changed much since the 1980s, despite periodic efforts to highlight and remedy the problem. It also uses the Joint Center report to provide the data to support the claim that the US Senate is still overwhelming white)
“On Capitol Hill, the United States is a Very, Very White Place,” The Washington Post (December 8, 2015) (Article highlights the key findings of the Joint Center report. People of color make up 36 percent of the U.S. public and 28 percent of those old enough and eligible to vote in the United States, but they are included in just 7.1 percent of all senior-level Senate staff, according to the study)

Quotes
Don Cravins, Jr., Vice President of Policy and Executive Director of the Washington Bureau for the National Urban League:  “As a former Chief of Staff in the U.S. Senate, and the only African-American Chief at the time, I’ve seen firsthand the effect that a lack of diversity among senior staffers can have on the legislative process and our laws.  This is both a moral issue and an issue of public policy.  Our government must be representative of the people it serves by ensuring that all have a seat at the table. The National Urban League will continue to call for all current and newly-elected senators to consider qualified African-American candidates from the vast talent pool that exists.”
Jennifer DeCasper, Chief of Staff to Senator Tim Scott (R-SC):  “Diverse people bring diverse skill sets and creativity to the table. It incorporates upbringing, life experiences, religious beliefs, and so much more, but there is an intentionality about it.  If you want your office to reflect the community in which you serve, you have to be deliberate in seeking diversity.  If you are not intentional in going beyond the standard resume banks, then what you are left with is homogeneous, uncreative, uninformed thought.  With a uniquely qualified staff, only then can we begin to draft policy that will actually benefit the very people we serve – people from all walks of life, backgrounds, and cultures.”
Spencer Overton, President of the Joint Center for Political and Economic Studies:  “The fact that there are only 21 staffers of color out of the 297 top Senate staffers in personal offices is an issue, and the challenge is not a lack of qualified candidates. Lack of diversity is also a bipartisan problem in the Senate. Strong, highly-qualified people of color are more than capable of contributing substantially in these positions. It is incumbent upon all Senators to prioritize staff diversity. A diverse staff provides the opportunity for not only descriptive, but also substantive representation – bringing more inclusive and representative voices to the decision-making table.”
Arturo Vargas, Executive Director of the National Association of Latino Elected Officials (NALEO) Educational Fund:  “The U.S. Senators-elect have a singular opportunity to bring a measure of diversity to the U.S. Senate workforce by filling their top staff positions with candidates from the rich talent pool of highly qualified Latinos, African Americans, Asian Americans and others who are ready for these positions.   NALEO Educational Fund is helping to increase the pipeline of qualified Latinos and Latinas to work on the Hill to ensure that our community has a voice and role in the important policy making work of the U.S. Senate.”