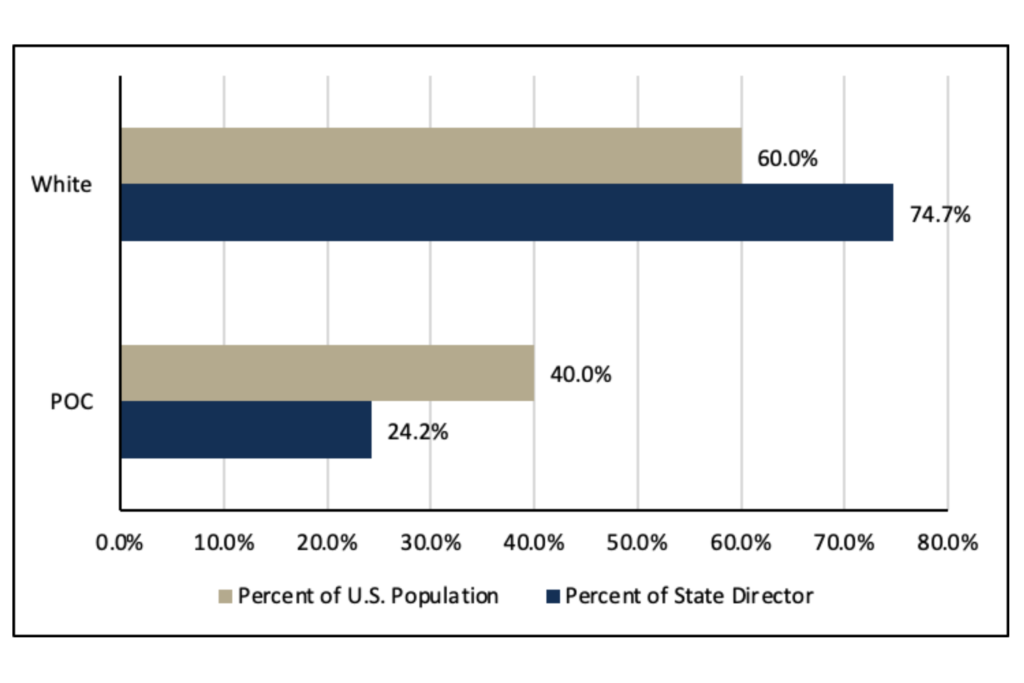 Senators in office less than 10 years have more diverse state directors
WASHINGTON, DC — Today, the Joint Center for Political and Economic Studies released analysis that shows racial diversity among U.S. Senate state directors is trailing behind the U.S. population’s diversity. The analysis also finds that senators in office less than a decade have more diverse staff.

The Joint Center’s analysis finds that people of color make up 40 percent of the U.S. population, but only 24.2 percent of Senate state directors.

The research follows the Joint Center’s August 2020 report, Racial Diversity Among Top Staff in Senate Personal Offices, that defines personal office top staff as all chiefs of staff, legislative directors, and communications directors in the Washington, DC personal offices of  U.S. Senators.  The Joint Center followed up with this research because some senators have people of color in state director roles and may consider these staff to be part of their office leadership.

“Senators must hire diverse state directors to manage their office(s) because these staffers develop and supervise programs for constituents and ensure that their perspectives are represented in the legislative process. So, it is essential to understand the demographic makeup of the state directors who manage these offices,” said Dr. LaShonda Brenson, senior researcher at the Joint Center and scholar behind this analysis. “The lack of diverse staff impairs the ability of senators to understand the diverse perspectives of their states and effectively represent all Americans.”

The analysis is below: 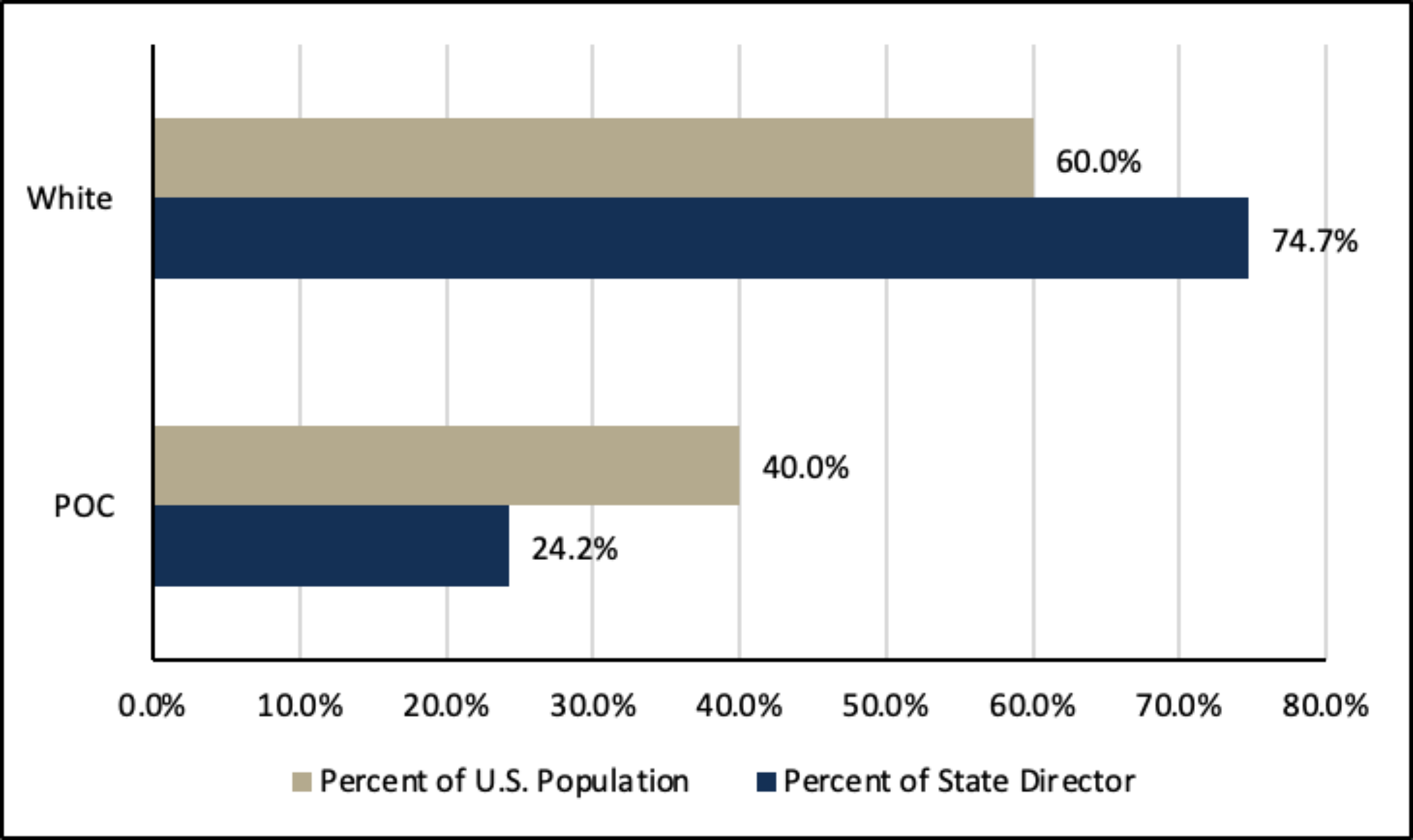 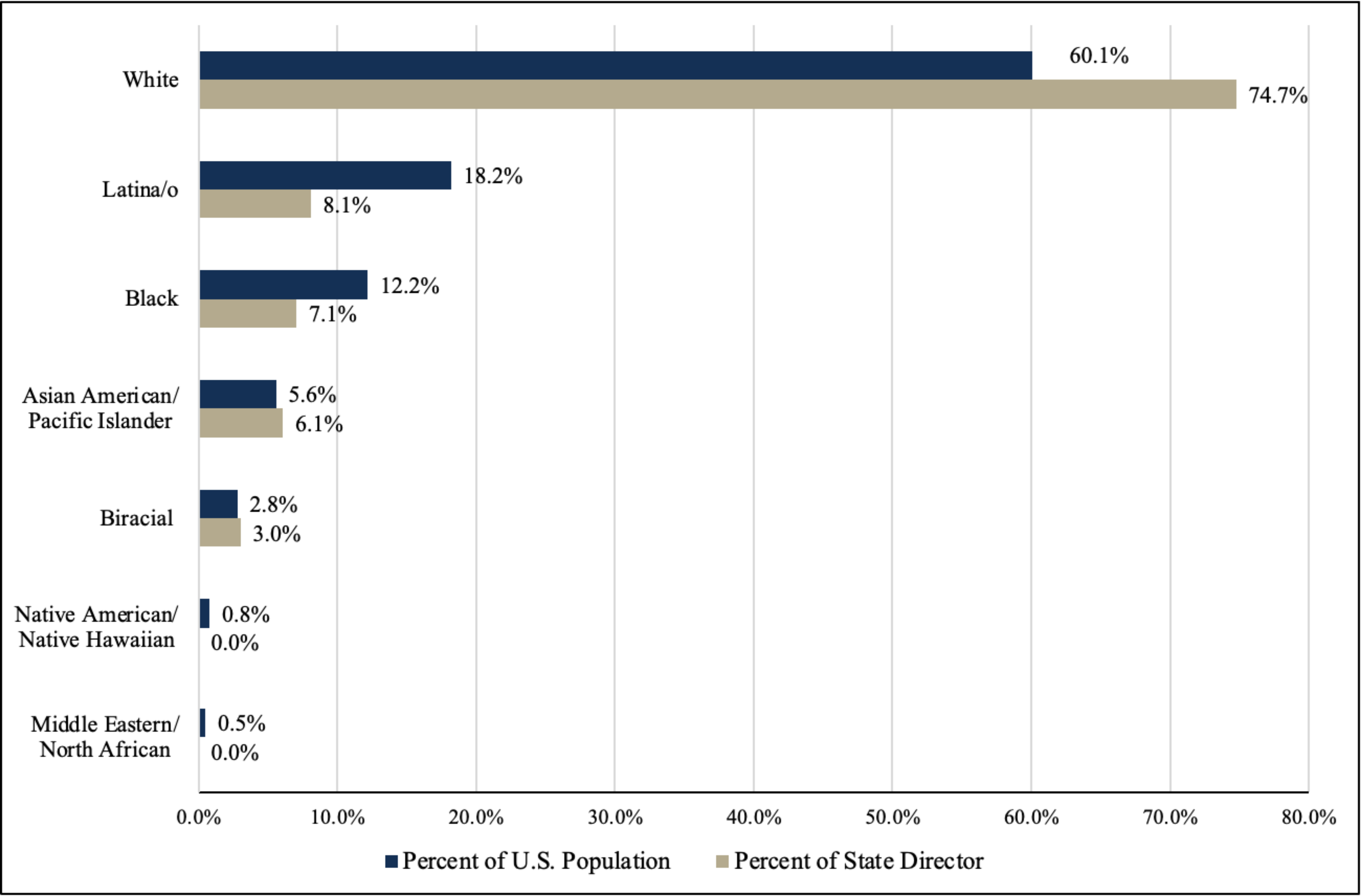 *Race and ethnicity questions are asked separately, so the percentages will not add up to 100%. 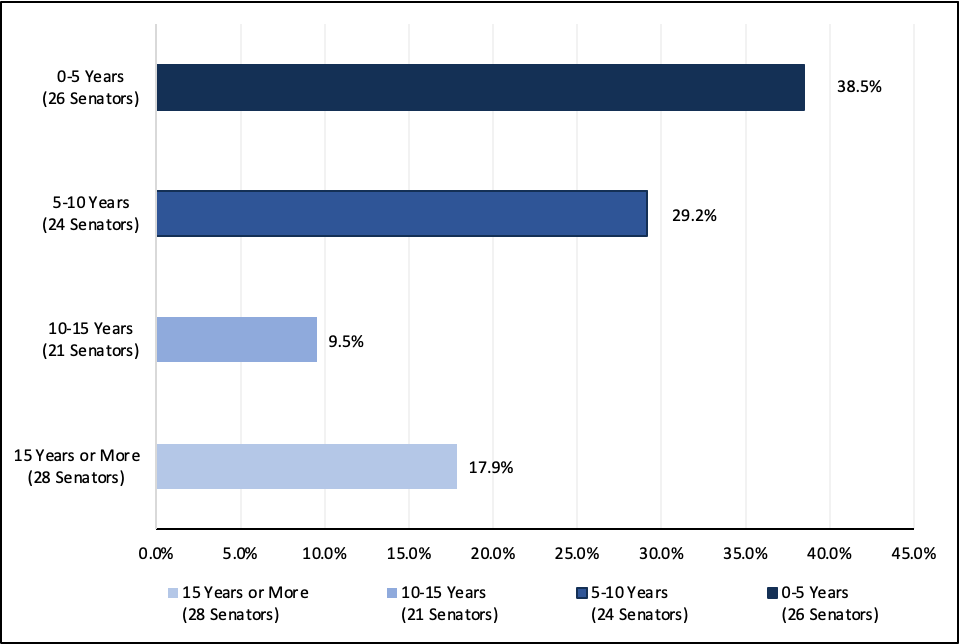 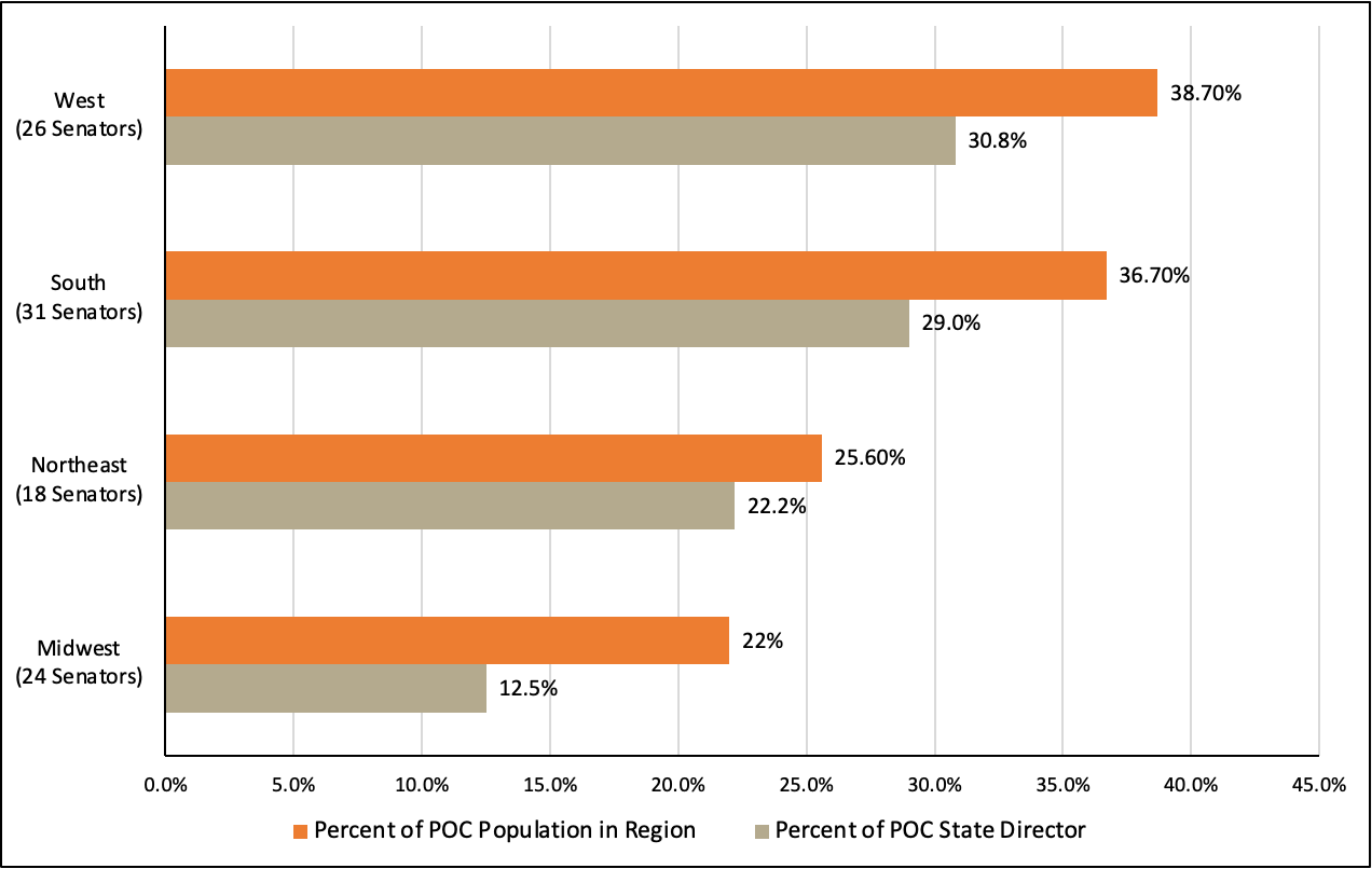 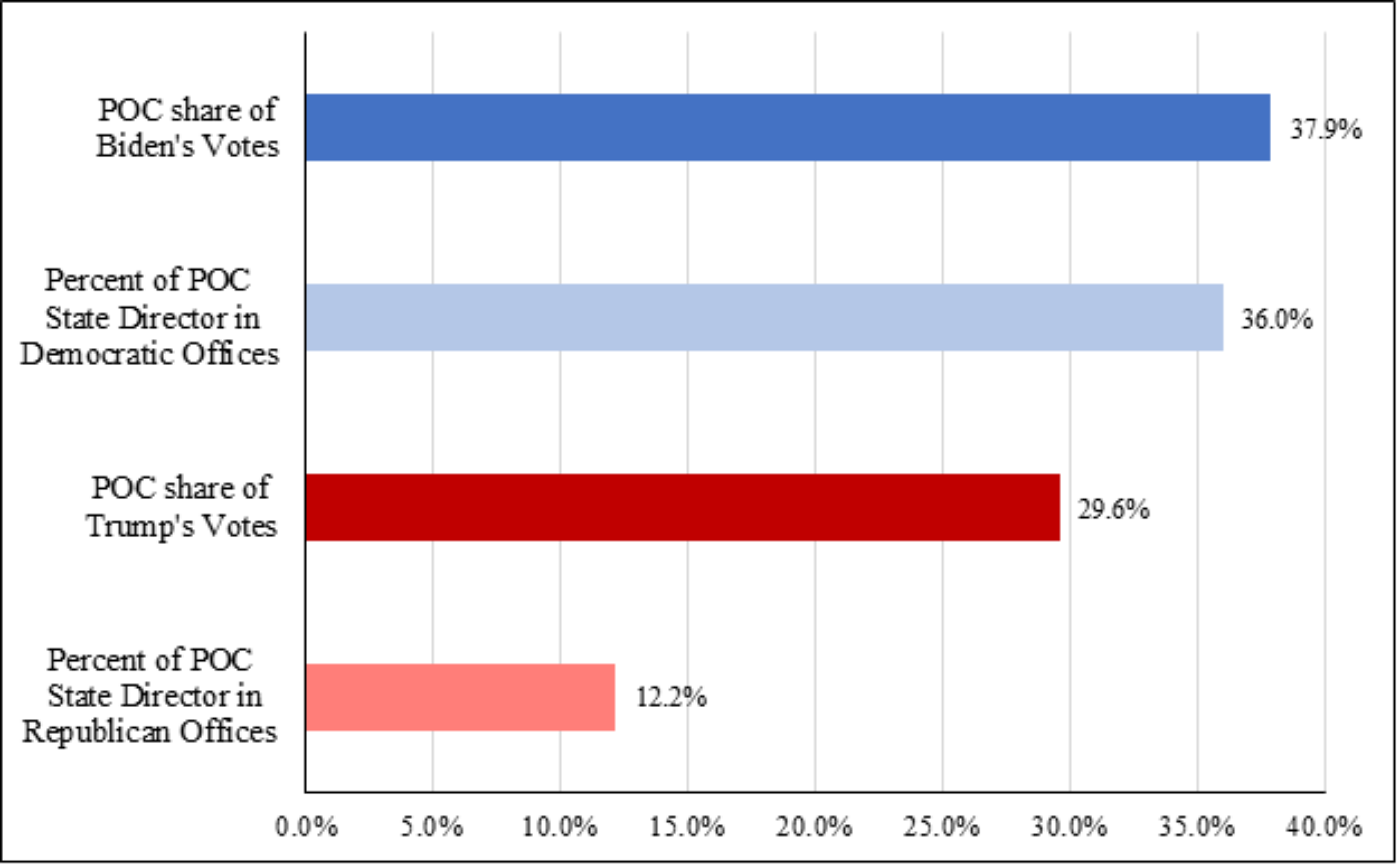 We applaud the following U.S. Senate state offices that have a state director who identifies as a person of color in January 2022. 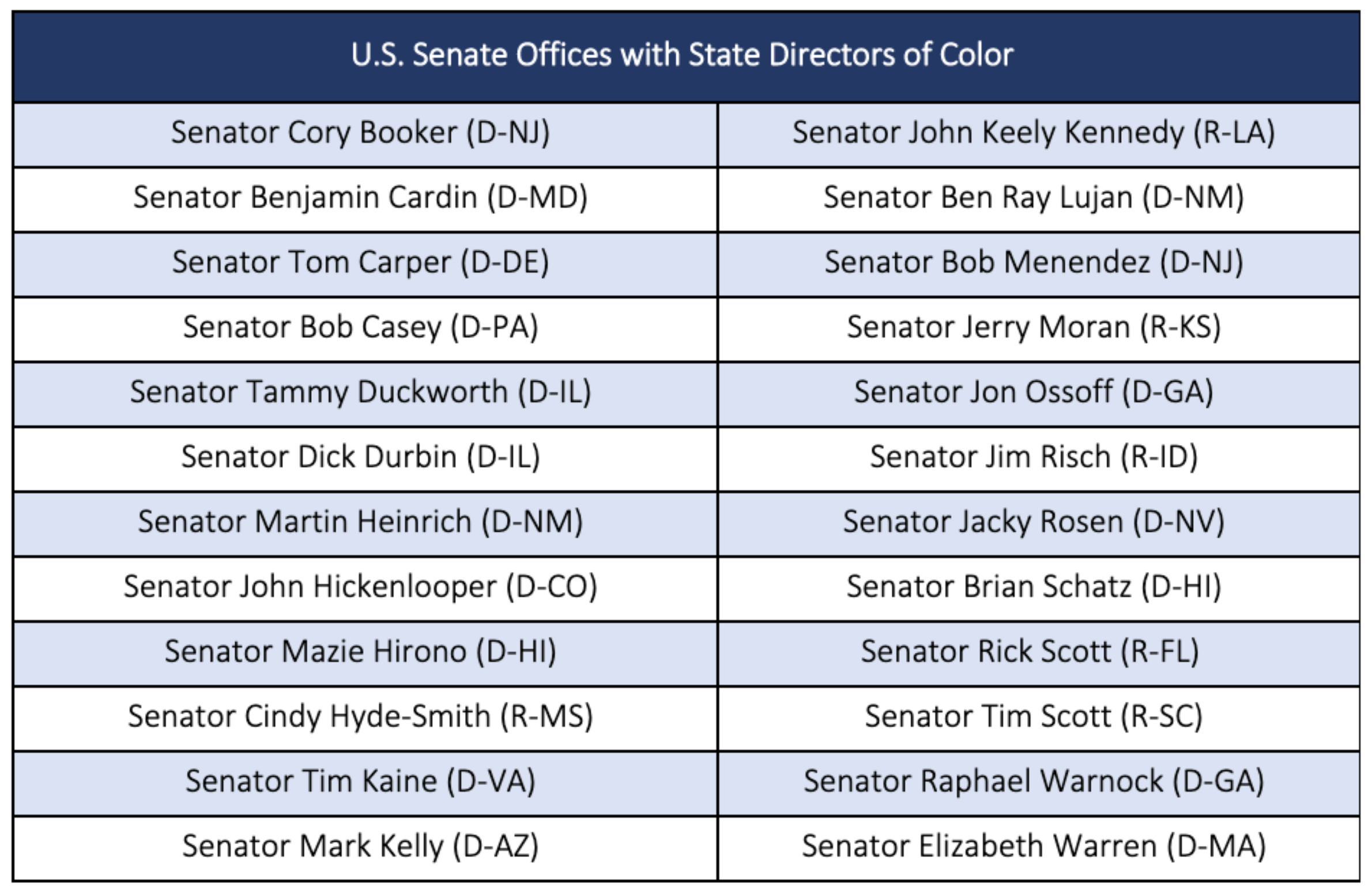 About the Joint Center for Political and Economic Studies: The Joint Center for Political and Economic Studies, America’s Black think tank, provides compelling and actionable policy solutions to eradicate persistent and evolving barriers to the full freedom of Black people in America. We are the trusted forum for leading experts and scholars to participate in major public policy debates and promote ideas that advance Black communities. We use evidence-based research, analysis, convenings, and strategic communications to support Black communities and a network of allies.