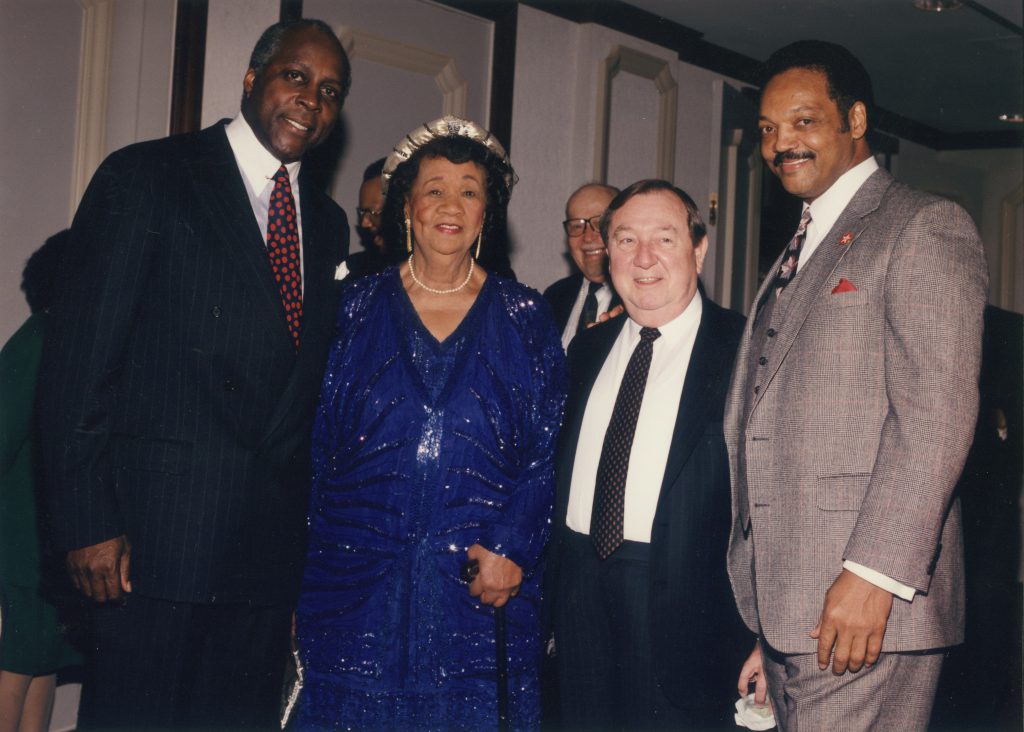 The Joint Center mourns the passing of Vernon Jordan, a civil rights icon and lawyer, former president of the National Urban League, and close advisor to President Bill Clinton. Mr. Jordan was also one of the founders of the Joint Center for Political and Economic Studies and the 2005 recipient of the Joint Center’s highest honor—the Louis E. Martin Great American Award. He was 85.

“Vernon Jordan was an incredible leader who championed for Black people as a lawyer, an activist, a leader in corporate boardrooms, and much more. He was committed to fighting for Black communities and worked to fulfill that mission in every aspect of his work. As Black communities moved from activism to governance, from political representation to economic influence, and from operating outside of power structures to navigating the corridors of power in ways that advance Black communities, Vernon Jordan was at the forefront. Thanks to his vision and that of our other founders, the Joint Center exists today. I’m also personally thankful for his guidance and support. We will miss him.” 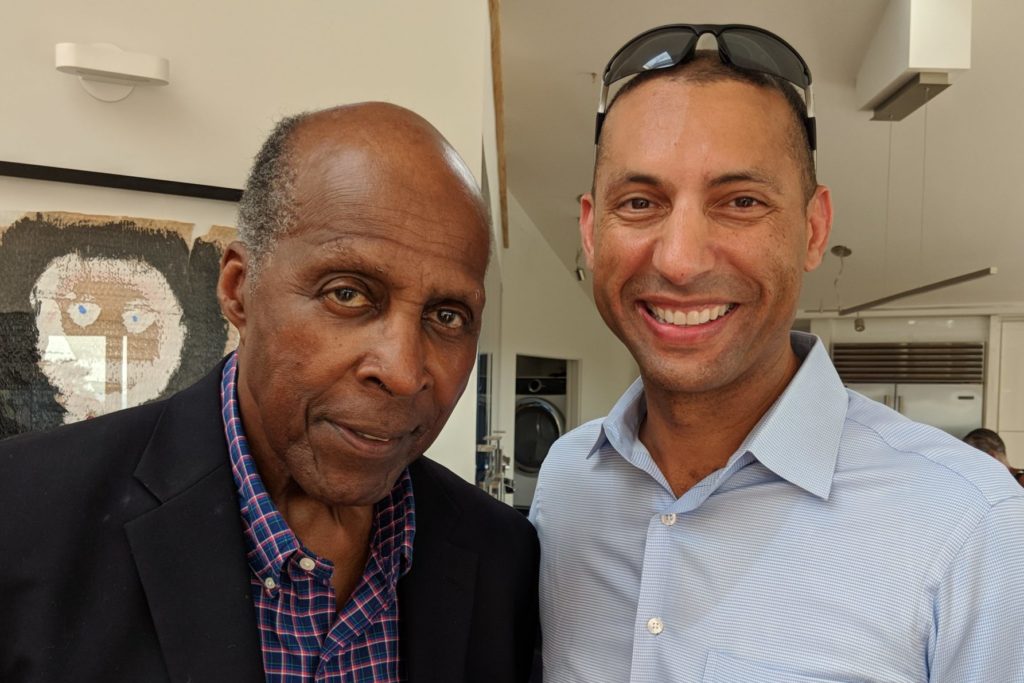 Vernon Jordan and Spencer Overton in 2018.

Mr. Jordan played an integral role in the creation of the Joint Center, including co-writing the original draft proposal for the organization in 1969 and helping to establish the Joint Center’s Black Elected Officials roster as the then director of the Voter Education Project. Decades later, Mr. Jordan was the master of ceremonies at the Joint Center’s 25th anniversary banquet celebration in March 1995. He also served on the Joint Center’s Board of Governors from 1997 to 2000.

Shortly after helping to found the Joint Center, Mr. Jordan led the National Urban League as its president for a decade from 1971 to 1981. During his tenure, the National Urban League began releasing The State of Black America, a report that is still released every year. In the 1990s Mr. Jordan declined President Bill Clinton’s offer to be nominated for attorney general but continued to be one of his closest advisors. In his later years, Mr. Jordan joined the boards of several companies including American Express, Bankers Trust, and Xerox, and worked for the law firm Akin, Gump, Strauss, Hauer & Feld and the Wall Street investment firm Lazard Frères. Mr. Jordan was also a graduate of DePauw University and Howard University School of Law. He was a member of Sigma Pi Phi (the Boulé) and Omega Psi Phi fraternities.

CNN, The Hill, NBC News, The New York Times, and several other news outlets remembered Mr. Jordan’s legacy. President Barack Obama, President Bill Clinton, and Hillary Clinton, and many others also made statements on his passing. Last year he was also the subject of an hour-long PBS documentary, Vernon Jordan: Make It Plain.