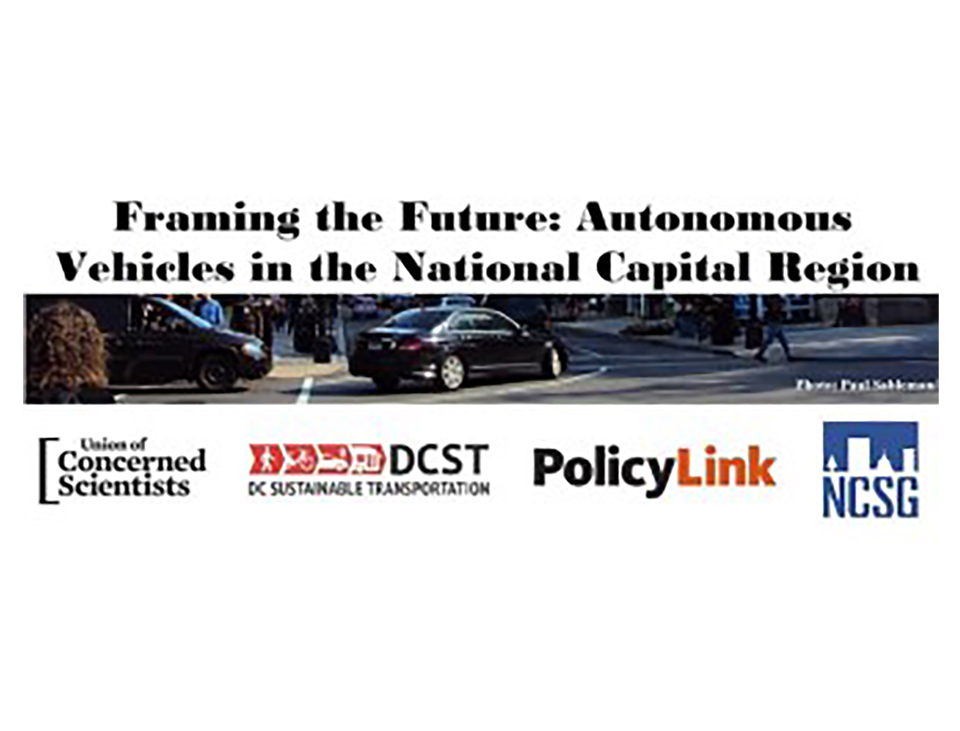 On Feb. 22, Joint Center’s Economic Policy Director Jessica Fulton joined a panel on jobs and economy at an AV convening, Framing the Future: Autonomous Vehicles in the Capital Region.

The panel, which included Dēmos Economist Algernon Austin as a presenter and Transport Workers Union of America Researcher Amy Willis and Jobs With Justice Research Director Erin Johansson as speakers, covered “the potential effects of AVs on personal, local, and national economics, with an emphasis on those who will feel the greatest changes.”

The convening was organized by The Union of Concerned Scientists, Greater Greater Washington, PolicyLink, and the University of Maryland National Center for Smart Growth.
Check out some tweets from the event below.