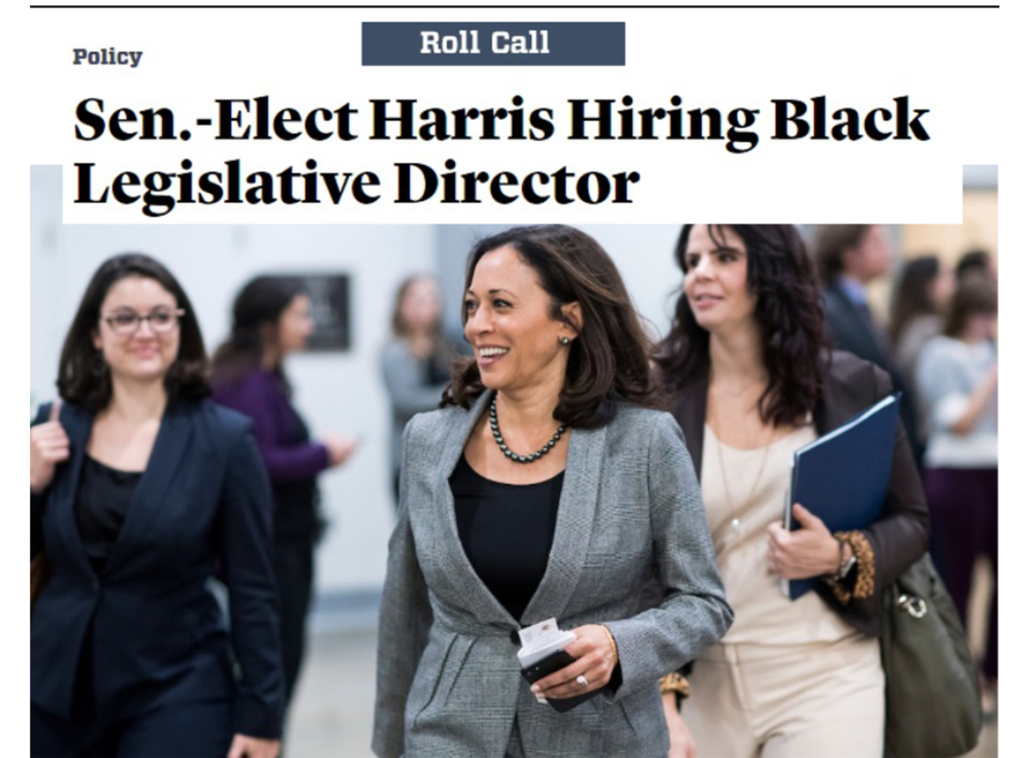 Click here for a pdf of the following statement.

The following is a statement by Spencer Overton, the President of the Joint Center for Political and Economic Studies:
“The Joint Center commends Speaker Ryan, Senator Cortez Masto, Senator Feinstein, Senator Harris, Senator Heinrich, and Senator Tillis for their leadership in hiring diverse talent to senior staff positions. Diversity among top congressional staff enhances representation of citizens, and enriches deliberation and innovation in the legislative process.

In selecting the first African-American chief of staff to a Speaker of the U.S. House of Representatives, Speaker Ryan has helped shatter a centuries-old color barrier.Senator Cortez Masto displayed immediate leadership in the U.S. Senate by hiring Benitez as her communications director.

Senator Thom Tillis has demonstrated important leadership in hiring Courtney Temple as his legislative director.  Temple is one of four African-American staffers so far in the entire Senate who currently hold one of the top four spots–chief of staff, legislative director, communications director, and staff committee director.
Senators from western states—California, Nevada, and New Mexico—account for four of these six diverse hires.
The Joint Center also commends Senate Democratic Leader Charles Schumer for adopting the Rooney Rule, and for urging his colleagues to do the same.

While we applaud these recent announcements, a major disparity persists when it comes to interviewing and hiring people of color in top positions–especially in the U.S. Senate. For example, although Latinos and African Americans collectively comprise over 30 percent of the U.S. population, it appears that not one of the U.S. Senate’s 39 committee staff directors is Latino or African American. We also believe it is important to provide leadership opportunities for both women and men of color. We urge all Members to work on addressing the challenge of lack of diversity among top staff.”

Racial diversity among top congressional staff remains a challenge, and thus these hires are particularly welcome. For example, a 2015 Joint Center report found that although people of color make up over 36 percent of the U.S. population, they account for only 7.1 percent of top Senate staff (personal office chiefs of staff, legislative directors, and communications directors, and committee staff directors).

The Joint Center will release a report on diversity among top House staff in 2017.
Next Steps

Key Resources
Click here for a link to the full fact sheet on diversity among top U.S. Senate staff.

The Joint Center for Political and Economic Studies is a non-partisan, non-profit public policy organization that supports elected officials and policy experts who serve communities of color across the United States.