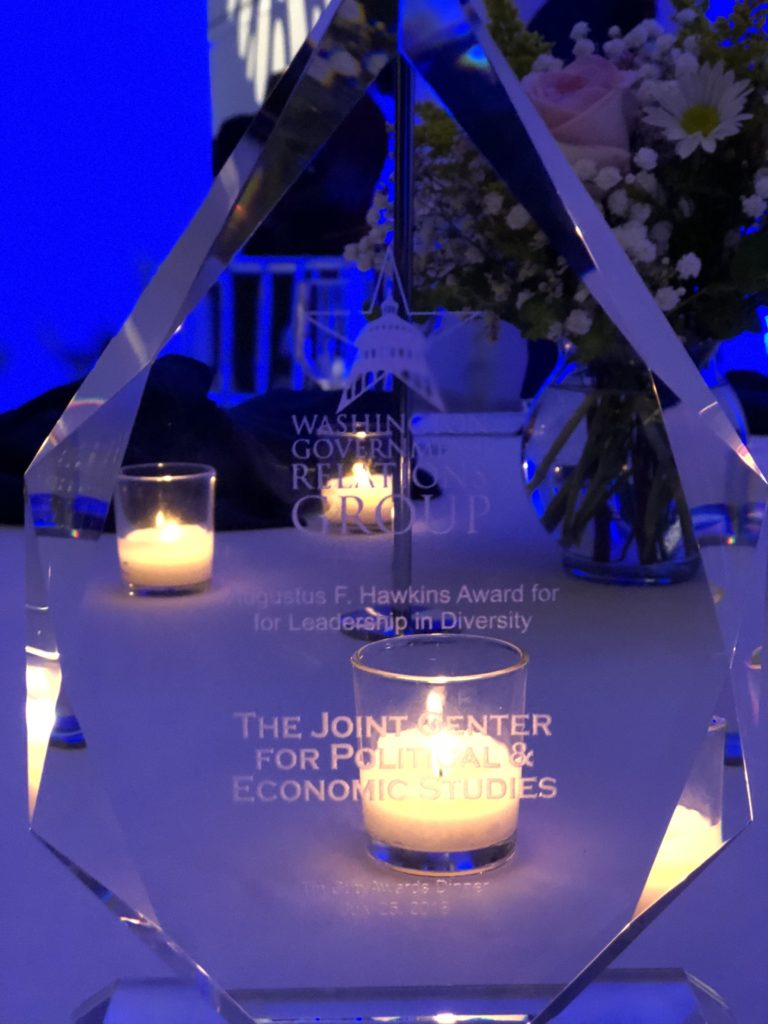 On July 25, 2018, at the ninth annual Tin Cup Award Dinner, Washington Government Relations Group (WGRG) awarded the Joint Center the Augustus F. Hawkins Award for “unwavering efforts to promote diversity and inclusion” among congressional staff. The award, presented by LaQuita Honeysucker of United Food and Commercial Workers, was accepted by Spencer Overton and Don Bell. During his acceptance, Spencer stated, “our work on staff diversity illustrates that data, policy and partnerships have the power to change the narrative.”

The Augustus F. Hawkins Award is named for the first black politician west of the Mississippi River elected to the House. Hawkins’s political career spanned 56 years of public service in both the California Assembly and the U.S. House of Representatives. Known by his colleagues in the Congressional Black Caucus (CBC) as the “Silent Warrior,” the longtime Congressman and committee chairman earned the respect of African American leaders because of his determination to tackle social issues such as unemployment and his commitment to secure equal educational opportunities for impoverished Americans.

Tiffany Cross , Co-Founder and Managing Editor of The Beat DC, who received the Lucile Harris Bluford spotlight award for journalism highlighting the intersection of politics, policy and people of color

Nicole Venable , Bockorny Group, who received the Lobbyist of the Year Award