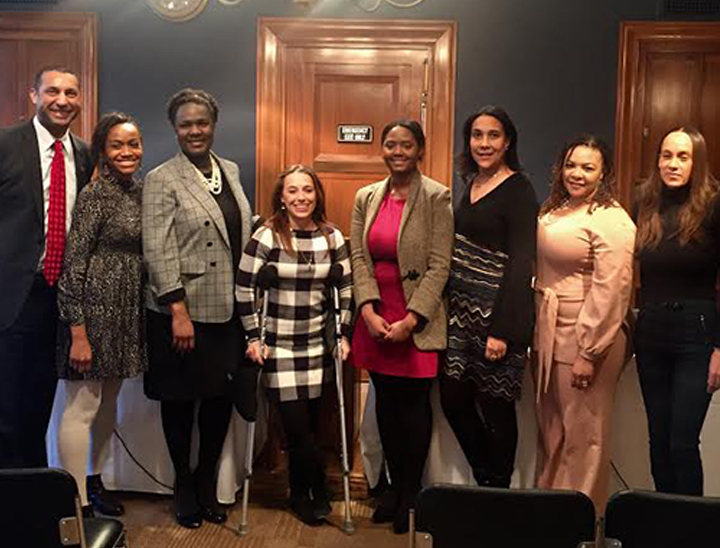 The full description of the panel is as follows: “In 2015 the Joint Center for Political and Economic Studies released a report detailing the lack of diversity amongst senior level staffers in the Senate. The findings cut across both parties and highlighted a real lack of representation. In 2018 the Joint Center followed that first report with a deep dive this time into the House’s similar lack of diversity. With a new Congress being sworn in this is the perfect opportunity to hold bipartisan discussions on why this problem persists and what can be done about it. This is also an opportunity to encourage new Members of Congress to consider diversity and representation as they make their hiring decisions. Making the change on the Hill can reverberate elsewhere in DC. Men and women who start on Capitol Hill often go on to lead trade associations and policy and lobby shops. If diversity is wanting among Congressional staff, that dearth will pervade throughout the government relations industry.”

Tweets and photos from the panel can be found below.

This morning @WGRDC hosted an authentic dialogue about diversity in senior staff positions in the House & Senate. Thank you to the Diversity, Equity, and Inclusion and Congressional Outreach Committees for putting together this panel event! #DEI pic.twitter.com/233zoPJ8D3— WGR (@WGRDC) January 28, 2019

We’re having authentic dialogue about diversity in senior staff positions in the House & Senate. Hosted by @WGRDC. Diversity, equity, and inclusion is critical on and off the Hill. Thank you @JointCenter for your data and work on this issue. pic.twitter.com/8oJgeyPpbr— Monica R Almond, PhD (@MonicaRAlmond) January 28, 2019