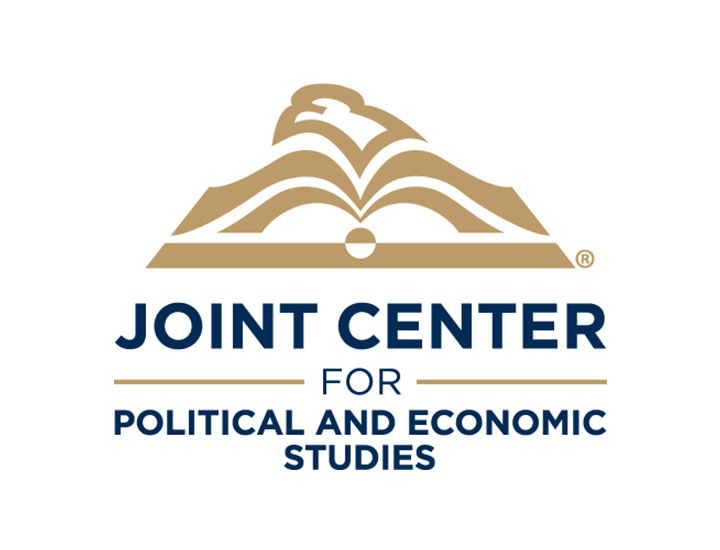 The Joint Center provided expertise on several panels, including at SXSW and Princeton University. We also continued our monthly Black jobs analysis on Twitter. Details below!

here. Spencer also sat on a panel at SXSW entitled “Facing Digitalization: A Workforce at RiskThis 2017 Joint Center report found that many Black workers are concentrated in occupations at high risk to automation, and this 2018 McKinsey report confirmed our findings. 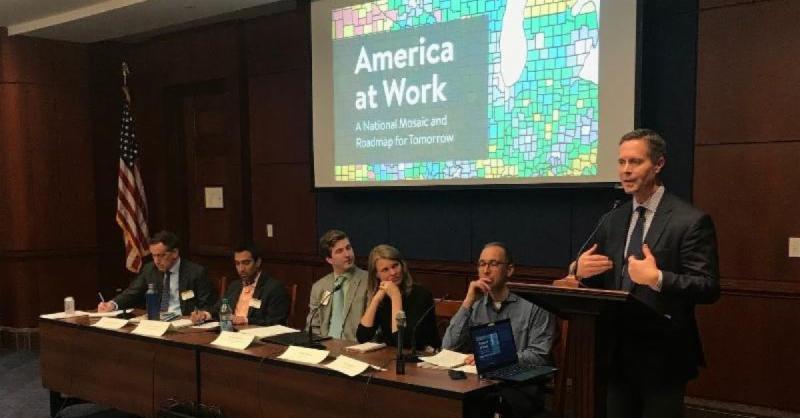 joined several panels including “Diversity, Equity, and Skills in the Workplace” at the National Association of Workforce Boards forum, a Walmart-hosted panel on how tech is shaping the future of work in rural communities, and Princeton University’s Students and Alumni of Color Symposium’s panel on the future of work’s effect on communities of color. 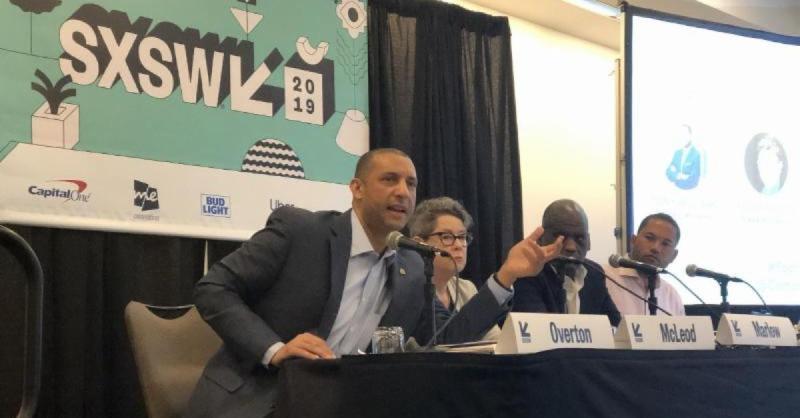 Spencer Overton analyzed how to increase diversity in tech during the “Diversity in Tech and The Future of Black Communities” panel at SXSW and at an event on Capitol Hill hosted by Verizon and the National Association for Community College Entrepreneurship.

Future of Work & the Hill

The Congressional Robotics Caucus Advisory Committee is hosting a panel, “Preparing the Workforce for Automation: Examples in the Real World.” Robotics Industry Association President Jeff Burnstein will moderate the discussion. Panelists include workers, educators, industry and labor leaders, and technologists.

“What If The Future Of Work Starts With High School?” asked Forbes Contributor Heather E. McGowan. Read it here. 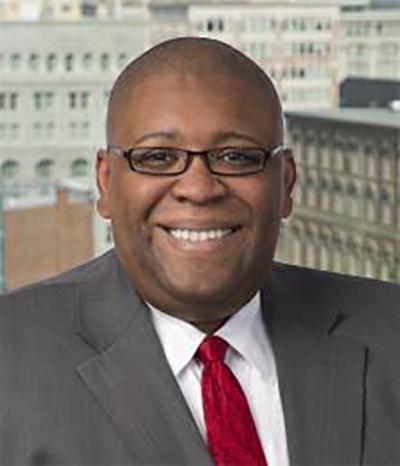 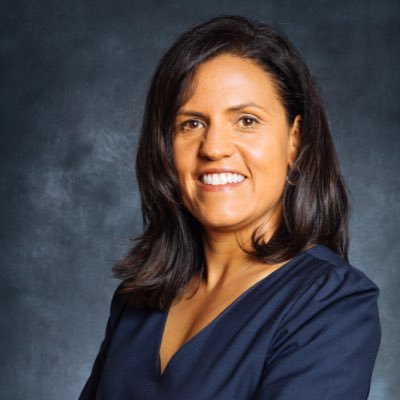 Rep. Don Beyer (D-VA) continued his consistent commitment to diversity among top staff and hired Tanya Bradsher (pictured above) to serve as his chief of staff. Bradsheer formerly served a Lieutenant Colonel in the U.S. Army and the Assistant Secretary for Public Affairs for the Department of Homeland Security. The Joint Center’s 2018 report Racial Diversity Among Top U.S. House Staff found that while White Democrats represented U.S. House districts that were, on average, 37.4 percent people of color, only 5.6 percent of their chiefs of staff were people of color. Only 2.1 percent of their top staff were Black. The Joint Center’s follow-up report, Racial Diversity Among Top Staff of the Virginia Congressional Delegation, found that Rep. Beyer had 33 percent people of color in his top staff. Read the announcement on Bradsheer here. 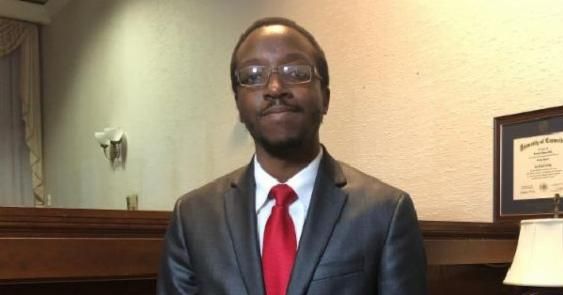 Don Bell, who served as the Joint Center’s Black Talent Initiative Director, returned to his home state in Connecticut to pursue a career in public service. We appreciate Don’s many contributions in building our congressional staff diversity program, and we will announce his successor in the near future. Read Don’s reflections on his time at the Joint Center here.

Lobbyists say Congress should pay its staffers more. The Joint Center made a similar argument for paying interns—which can lead to more diverse recruitment for top staff. Read their argument here. 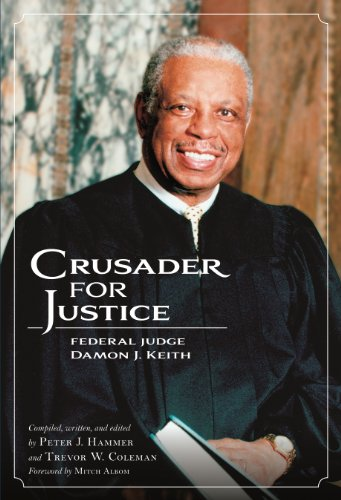 The Joint Center mourns the loss of civil rights icon Judge Damon J. Keith. Joint Center President Spencer Overton clerked for Judge Keith from 1993-1994, and considered Judge Keith his most important legal and public service mentor. Our full statement on the passing of Judge Keith can be found here.

On May 11, a public visitation will be held from 8 a.m.-8 p.m. at the Charles H. Wright Museum of African American History in Detroit. Alpha Phi Alpha and Sigma Phi Pi will also hold a fraternal memorial service at 5 p.m. On May 13, the homegoing celebration will be held at Hartford Memorial Baptist Church with the service simulcasted at Wayne State’s Community Arts Auditorium. In lieu of flowers, Judge Keith’s family is asking for donations to the Damon J. Keith Center for Civil Rights at Wayne State University Law School or to the Dr. Rachel Boone Keith Prize Fund at the Boston University School of Medicine, which is named after Judge Keith’s wife, who passed away in 2007. More details on Judge Keith’s funeral arrangements and donation information can be found here. 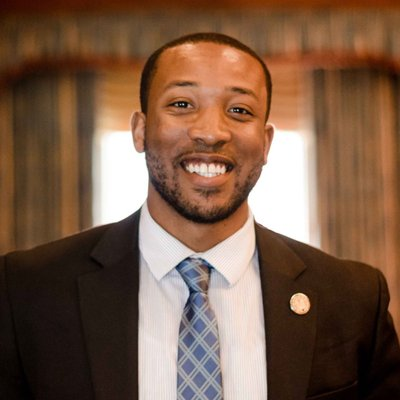 The Joint Center mourns the loss of Lendon Alexander, who passed away at the age of 27. Lendon worked on an early version of the Joint Center’s Black Talent Initiative as our student assistant and project coordinator in 2016. Before his untimely passing, Lendon was set to begin his new position as Labor Counsel in the U.S. Senate.

“I valued Lendon’s intellect, commitment, and leadership as both my student at GW and as a Joint Center team member,” said Joint Center President Spencer Overton. “His bright promise made his loss particularly difficult, and his memory will continue to inspire those of us who knew him.”

The Joint Center celebrated our board member Dr. Dianne Pinderhughes, who was elected to the prestigious American Academy of Arts and Sciences. We also mourned the loss of civil rights icon Judge Damon J. Keith.

Jessica also participated in a panel titled “Implications for Social Policy” at New America’s convening on the “millennial wealth gap.” The goal was to focus on the “emerging wealth gaps among the diverse range of young adults in America today.” More info here. 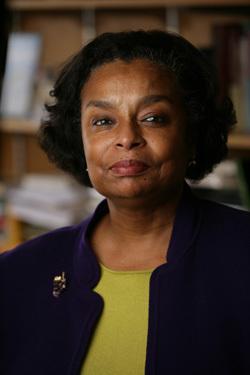 Joint Center Board Member Dr. Dianne Pinderhughes, who is also a Kellogg Institute for International Studies Faculty Fellow, was elected to the renowned American Academy of Arts and Sciences (AAAS). She now joins other “thinkers and doers” such as Michelle Obama (who was also elected this year), Chimamanda Ngozi Adichie (2016), and Denzel Washington (2010). Learn more about Dr. Pinderhughes here.

“Employers’ barriers to pension benefits rob $5,600 wealth from Black workers and $9,800 from Latino workers,” according to Brandeis University and The Worker Lab’s new report. Read it here.

Race to Lead: Senior Research Associate at Building Movement Project, Ofronama Biu, wrote the report, “Race to Lead: Women of Color in the Nonprofit Sector,” which highlights that racial and gender biases limit career advancement for women of color in the sector.

NPR will interview 2020 presidential candidates on their podcast, NPR Politics, starting next month. Share any questions you have for the presidential hopefuls on Twitter using #NPRPoliticsLive. Listen to the podcast here.

The Public Interest Network is looking for a Deputy Chief of Staff. Learn more here.

Gig Economy: “Fifty percent of the workforce will be partaking in freelance work in some capacity in the next 10 years,” says Samaschool’s Managing Director Sarah Currid on Annie E. Casey Foundation’s podcast, CaseyCast. Listen to the full episode here.

Inclusive Business Practices: Ajamu Johnson, Vice President of Procurement at Comcast-NBCUniversal, argues that “We’ve Run Out of Excuses Not to Promote Inclusion and Diversity for Growth” in the Philadelphia Inquirer.

According to Brookings Fellows Martha Ross and Natalie Holmes, 27 percent of all out of work young people are Black. Learn more about the characteristics of young adults who are out of work here. 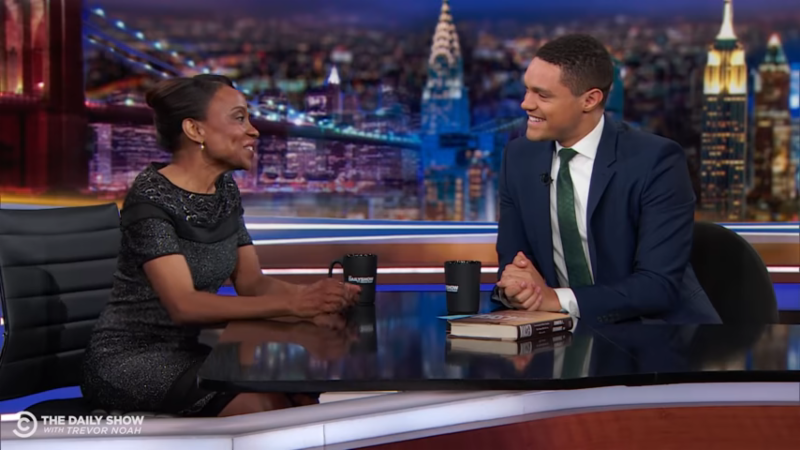 Stanford Professor and MacArthur “Genius” Award Winner Jennifer L. Eberhardt appeared on The Daily Show With Trevor Noah to discuss her new book “Biased: Uncovering the Hidden Prejudice That Shapes What We See, Think, and Do.”

The Institute on Assets and Social Policy and the Workers LabNot Only Unequal Paychecks: Occupational Segregation, Benefits, and the Racial Wealth Gap,” which highlights the persistence of occupational segregation and its impact on workers and their families.

Congress & Tech: Washington Monthly’s Grace Gedye wrote about the relationship of Members of Congress with tech. Read it here.

The Hill’s William Bates and Jane Frederick argue that lawmakers should consider experience and diversity when they choose the next Architect of the Capitol. Read here.

The Black Economic Alliance will host a reception to honor 116th Congress Members in Washington DC on May 8. More info here.

APAICS Leadership Network’s inaugural Legislative Leadership Summit is happening from May 15-16. The Summit will focus on bipartisan policies that affect Asian American/Pacific Islander community and other communities. Click here for more info.

The Black Women’s Agenda’s Spirit of Change Town Hall will occur on May 18 in Washington, DC. More info here.

The National Museum of African American History and Culture’s event, From #Watching Oprah to Now: News in the Age of Generation Y and Social Media, will occur on May 29. More here.

The National Action Network is hosting a “Know Your Rights” workshop in Sacramento, CA on May 30. Details here.

The National League of Cities will host its Large City Council Presidents Convening from May 30 to June 1. Details here.