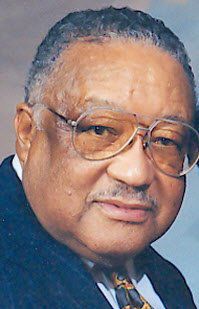 Townes played a key role in the transition of Richmond’s government from white leadership to African-American leadership, and he helped build relationships between elected officials and groups such as the National League of Cities and the National Black Caucus of Local Elected Officials.

Mr. Townes was also a founding member and former executive director of Richmond Renaissance – a partnership of city government and businesses to promote economic development – and served as chairman of the Richmond School Board.

He graduated from Armstrong High School and went on to receive a bachelor of science degree from Virginia Union University. After graduation, Townes went on to serve in the Army during the Korean War. In 1965 he became the Republican Party’s first modern black candidate for the state House of Delegates.

Townes also served on the board of Consolidated Bank & Trust Co. (the oldest African-American controlled bank in the United States), served as commissioner of the Richmond Redevelopment and Housing Authority, and served as a member and board chairman of the former Metropolitan Richmond Convention and Visitors Bureau (now Richmond Tourism).

Click here to read an article on Mr. Townes in the.