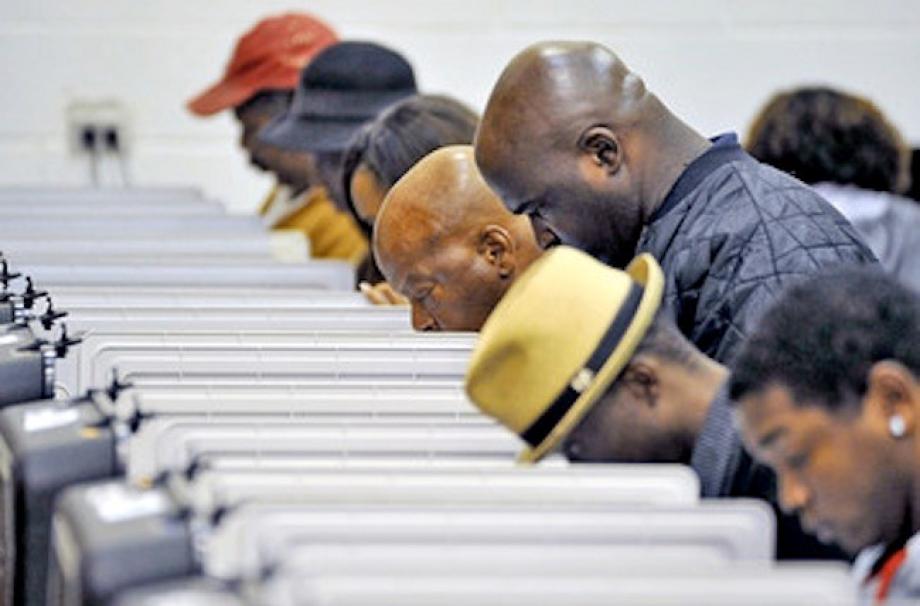 Today the Joint Center for Political and Economic Studies released50 Years of the Voting Rights Act: The State of Race in Politics.The report is critical to understanding the impact of the Act and the future of voting rights. The report provides data on minority voter turnout, racially polarized voting, policy outcomes by race, and the number of minority elected officials from the enactment of the Voting Rights Act of 1965 until today.
Click here to read the 46-page report, which is authored by Professors Khalilah Brown-Dean, Zoltan Hajnal, Christina Rivers, and Ismail White.Click here for a two-page, printable Executive Summary.Key findings:

For an overview of the report, see theWashington Post,BlackPressUSA, &The Nation.Also, see this article “The Voting Rights Act Thirty Years Later” published by the Joint Center in 1995 and written by David Garrow, who authoredProtest at SelmaandBearing the Cross, won the Pulitzer Prize, and was a visiting fellow at the Joint Center in 1984.