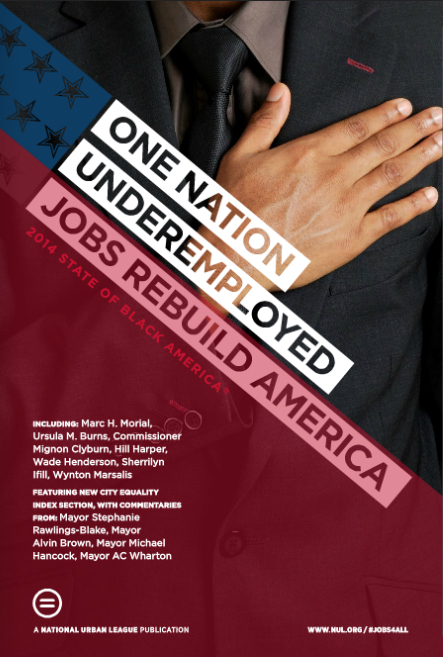 A few observations I found interesting from the spot I did today on Michel Martin’s NPR Show “Tell Me More” with Marc Morial on the National Urban League’s 2014 State of Black America Report.

1) Progress is not inevitable: Some assume that racial challenges will naturally dissipate over time, but the report illustrates that the wealth gap and income inequality between African Americans and white Americans has grown.

2) Bigger Pie & Bigger Slice: DC, NYC, Baltimore, and Boston have high black median household income, but greater racial income inequality than many other places. We need policies that both grow the pie and tackle inequality.

4) STEM: STEM is key to both reducing inequality and boosting the economy of our nation. This Joint Center report shows that boosting the rate of Latino and African American STEM degrees per year to that of Asian Americans would produce 140,000 additional STEM grads per year.

5) Civic Engagement: One minor quibble—the 2014 State of Black America report limits civic engagement to just a few factors (e.g., 2012 voter registration & participation, volunteering, union membership, government employment)—leading one to believe African-Americans lead white Americans in civic engagement.  The indicators miss many other civic engagement factors, however, such as the identity of those who fund campaigns, serve in the U.S. Senate, chair state legislative committees, and wait in line to vote the longest (African-Americans on average wait to vote almost twice as long as white Americans).

Spencer Overton is the Interim President and CEO at the Joint Center.